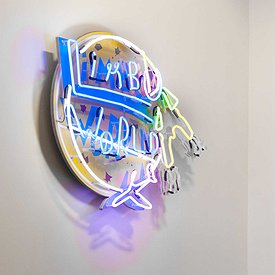 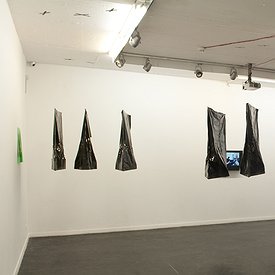 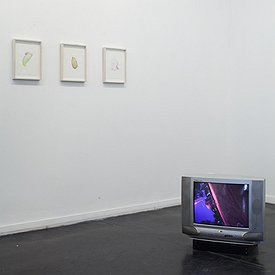 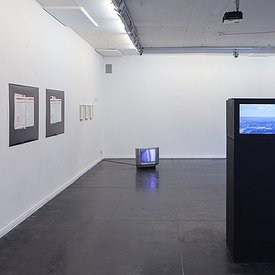 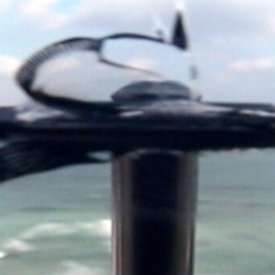 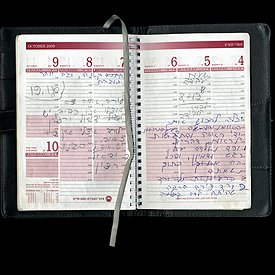 This exhibition deals with the social function of art in liberal culture.
The essence of capitalist society grasps freedom of speech and equality as it's’ core values. However it seems that artistic and (secular) spiritual practice are perceived as luxuries for the bourgeois; a leisure more than a legitimate, profitable profession with a viable contribution to society.

This perception is probably based on the protestant roots of modern day capitalism: based on personal profit rewarded to hard work. Consequently if the contribution of art is spiritual, it is also elusively immeasurable and therefore raises suspicion and constant doubt in its purpose.
It seems that the values of pluralism and democracy evoke innate problems for both artistic practice and public protest. Like a liberal parent who chooses to contain instead of constrict actually denies his child of the rebellious stage necessary for his growth.
It seems art has greater political significance when freedom of speech is repressed by conservative regimes, like Pussy Riot, Ai Weiwei or Salman Rushdie.
The internet too may be a beacon for freedom of speech but the effect of the protest is momentary. Everything eventually becomes another tiny particle in the endless flow of postmodern consciousness, instantaneously becoming yesterday's news.

One may study how the democratic system dealt with the Occupy movements that rose last year throughout the western world. Although the protests were initially allowed to take place, they were eventually lulled through claims that the situation is exaggerated. The establishment portrayed them as a bunch of spoiled individuals, busy complaining they can't afford the life of luxury they wish to have, incapable of offering practical solutions or alternatives to the current financial system. It may be said that protesters as well as artists are equally dismissed as doing nothing but detached utopian chitter-chatter.

This exhibition was generated from the feeling that the individual's political influence has reached a dead-end in democratic society. It presents introverted subjects as the default of the individual who feels that he has no way of changing the world, so all he can do is try and find his own place in society and enjoy what he can.

Hila Laviv begins her work by plunging into personal stories from her past. She dissects the baggage these stories hold through a methodical process of abstraction, in an attempt to reduce them into a system of holes. Her work may be interpreted as formalistic aesthetic issues, with abstraction and reduction of materials and images. Nonetheless her use of abstraction may also be seen as a method to reorganize and rationalize her world, as a control mechanism to find consolation through reducing the excessive world. In addition her work represents the exact opposite to the normative perspective of valuable work. The spectator might perceive her work as a futile, bizarre and even conceited attempt to display garbage bags and cellophane paper as art. Laviv's work can be read as high-end elegance, both formally and conceptually intelligent but at the same time it can be dismissed as absolute nonsense.

The work of Shahar Freddy Kislev also uses abstraction, but it seems that his approach goes to fantastic realms of biology and science fiction. Kislev creates distant versions of the body, both frightening and amusing. Though we cannot fully identify these creatures their resemblance to physical forms stir empathy. These creatures are limbless lumps with no sensory organs (eyes, ears, etc'). They represent quintessential redundancy, they are unproductive and impotent, they are simply there. Moreover, his work dissolves the basic consolation in the logic of nature. We are faced with images that just look organic and natural though in fact are redundant and artificial.

Oree Holban deals with the sexual limbo state of the transgender, whose indistinct appearance may stir confusion and even hatred and violence. Holban takes the negative reaction to intermediate states of being and instead offers to consider the idea of identity as something fluid and dynamic. He turns the vulnerable position of having a sexually ambiguous appearance into a celebratory performance of the limbo state and invites the viewers to take part in what he calls "going under the flaming limbo stick". The personalities in Holban's works, excluding one portrait (of his roommate), are all transgenders who crossed the line from the LGBT community to main stream recognition- Brandon Teena, who's life story was the basis for the movie "Boys Don't Cry", Antony Hegarty, lead singer of the band "Antony and the Johnsons" and Lana Wachowski, director of "The Matrix".
One may find parallels between the way creating social visibilities for transgenders influences their gradual acceptance in main stream culture to the way in which the visual presence of Holban's works demand visibility.

The two video works of Tal Nisim document destructive acts against the camera. In one he is kicking the camera along the trail of a walk in a park. In the other he saws the camera lens along the horizon line of the sea. Both works may be seen as illustrations to the love- hate relationship of the artist and his trade and to the codependency between the photographer and his tool. As the camera continues to function while being destroyed, it allegorically serves as a passive slave, abiding by its masters' violent whims. The depicted subjects, the park and the sea, represent ultimate refuges from bourgeois urban life, defined areas in which one is allowed to be idle, or to engage in leisure, on this background, Nisim's peculiar actions seem legitimate.

The flamenco dancer in the video by Shahar Marcus and Dana Levy, does the exact opposite. She invades spaces which are definitely not designed for creative or idle practice. It is interesting to consider the dancer's activeness as opposed to the passivity of those surrounding her. Though the crowd is passively waiting in line, in the context of location, they are the ones who are doing something useful (bureaucratic errands). The dancer on the other hand is active, but her actions are seemingly futile, detached and bizarre. It is interesting to imagine what went through the heads of those particular people who were baffled by the dancer when she first began to dance but eventually were amused and applauded her. They might have thought it was a practical joke and that therefore they should behave accordingly and laugh or they may have realized that though she is odd, she is harmless and decided to encourage her.

The works by Vered Nissim are part of an ongoing series she began in 2008 in which she scans her mothers' diaries. Required to make a living from an early age, her mother was forced to abandon both her education and her creative aspirations. The series reflects not only her mothers' encouragement of her daughters' choice of an non-lucrative profession such as art but also her ability to be influenced by her daughter and start writing her emotional, abstract and political reflections. Her thoughts are organically scattered among work schedules and medication timetables. They become into one non-hierarchical whole, as if there is no barrier between physical and spiritual survival. 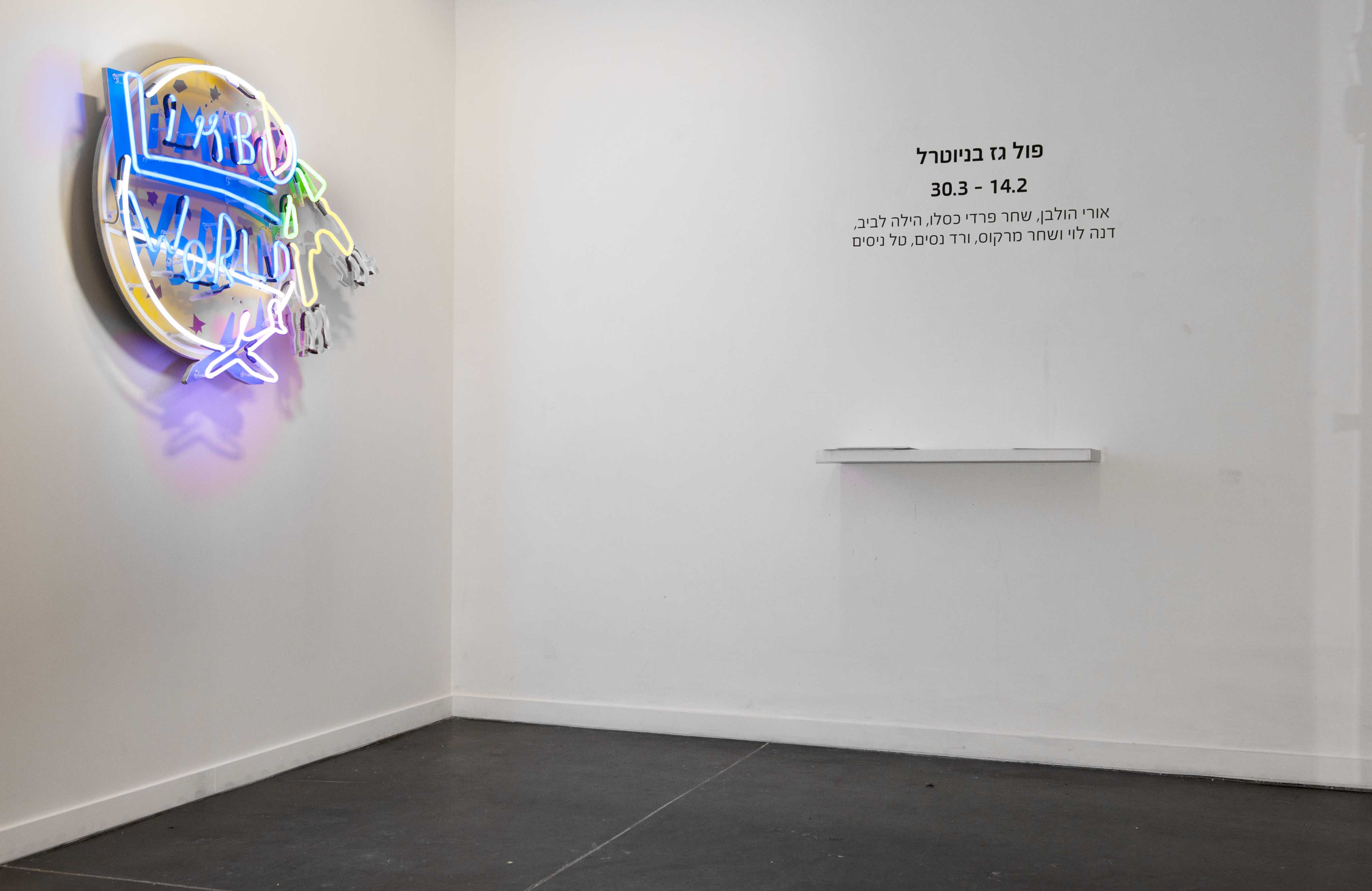 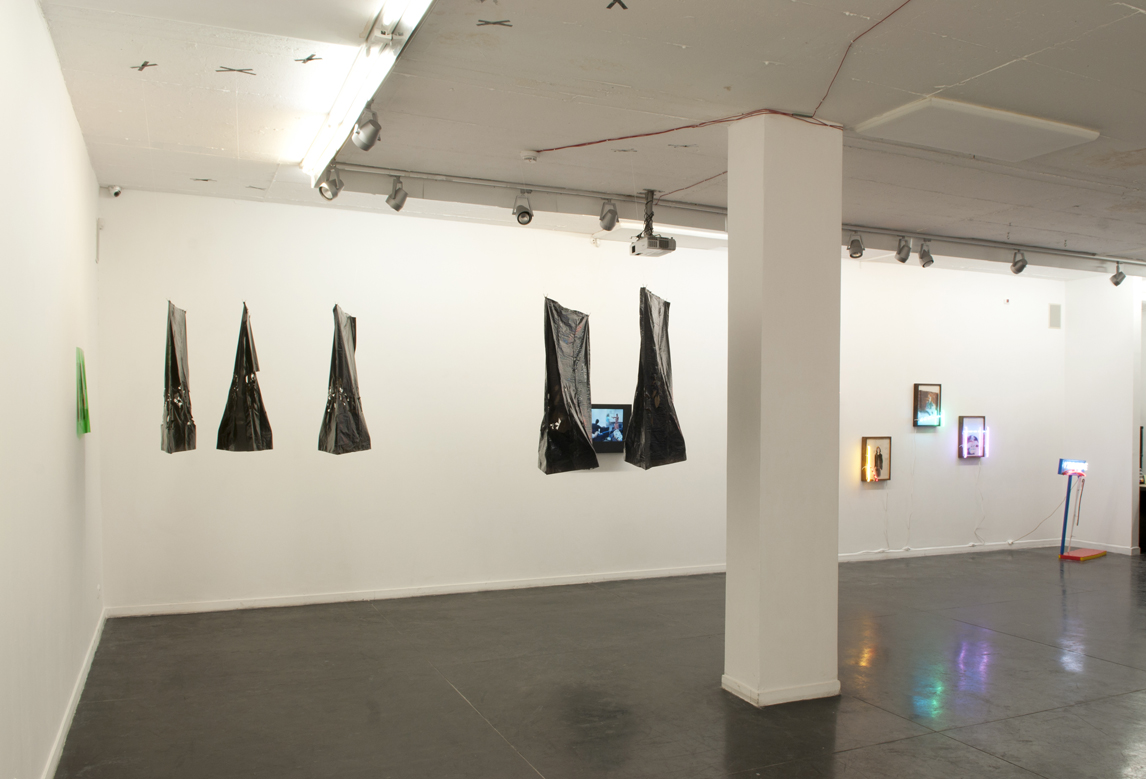 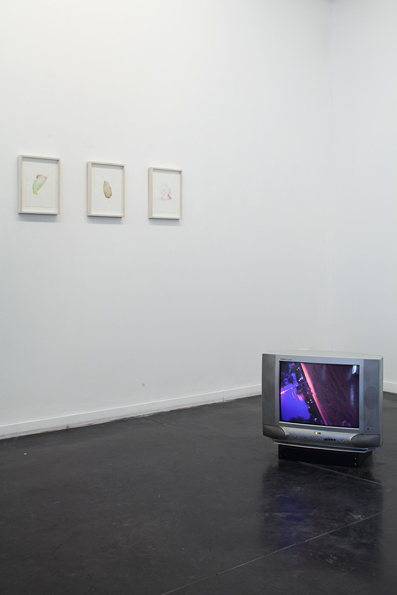 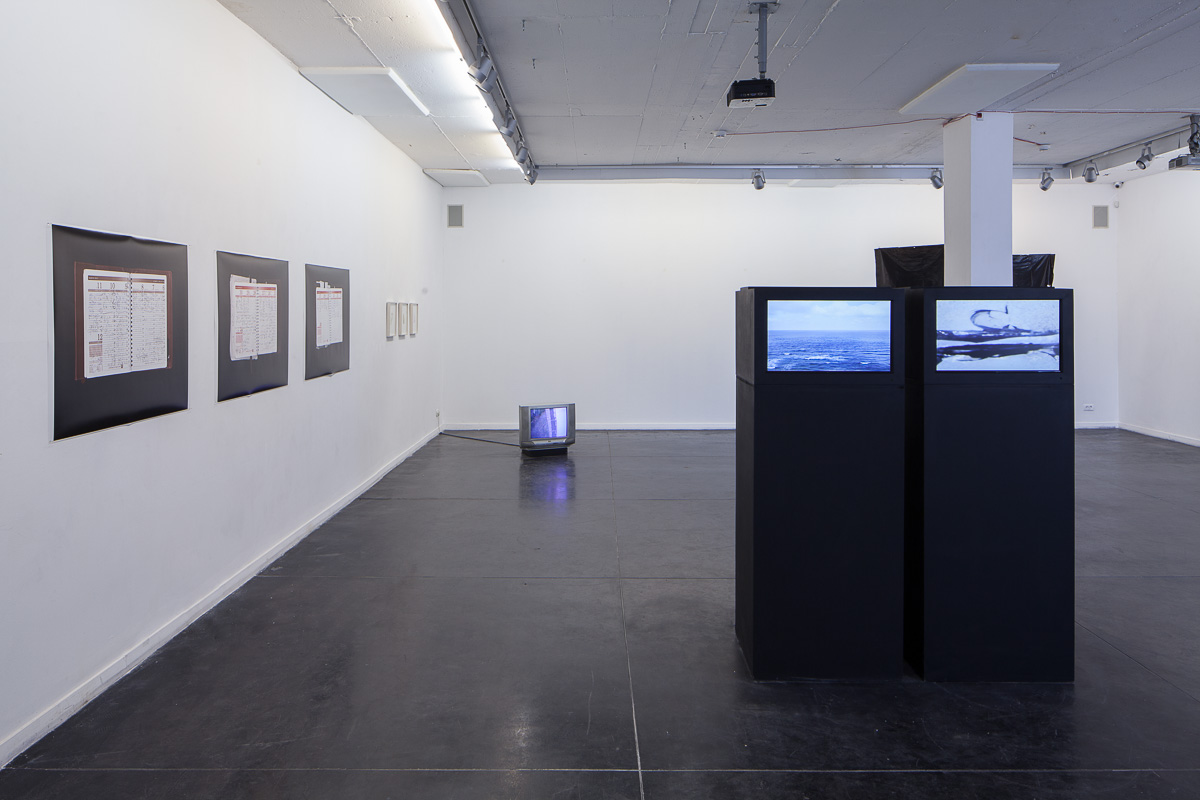 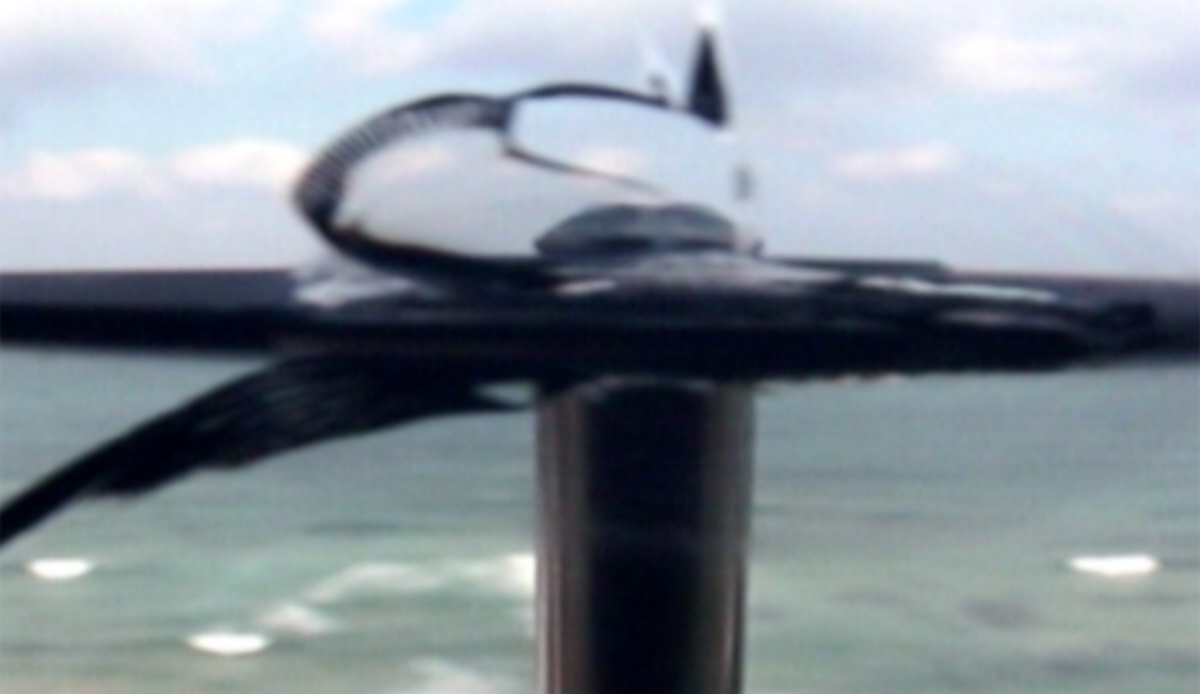 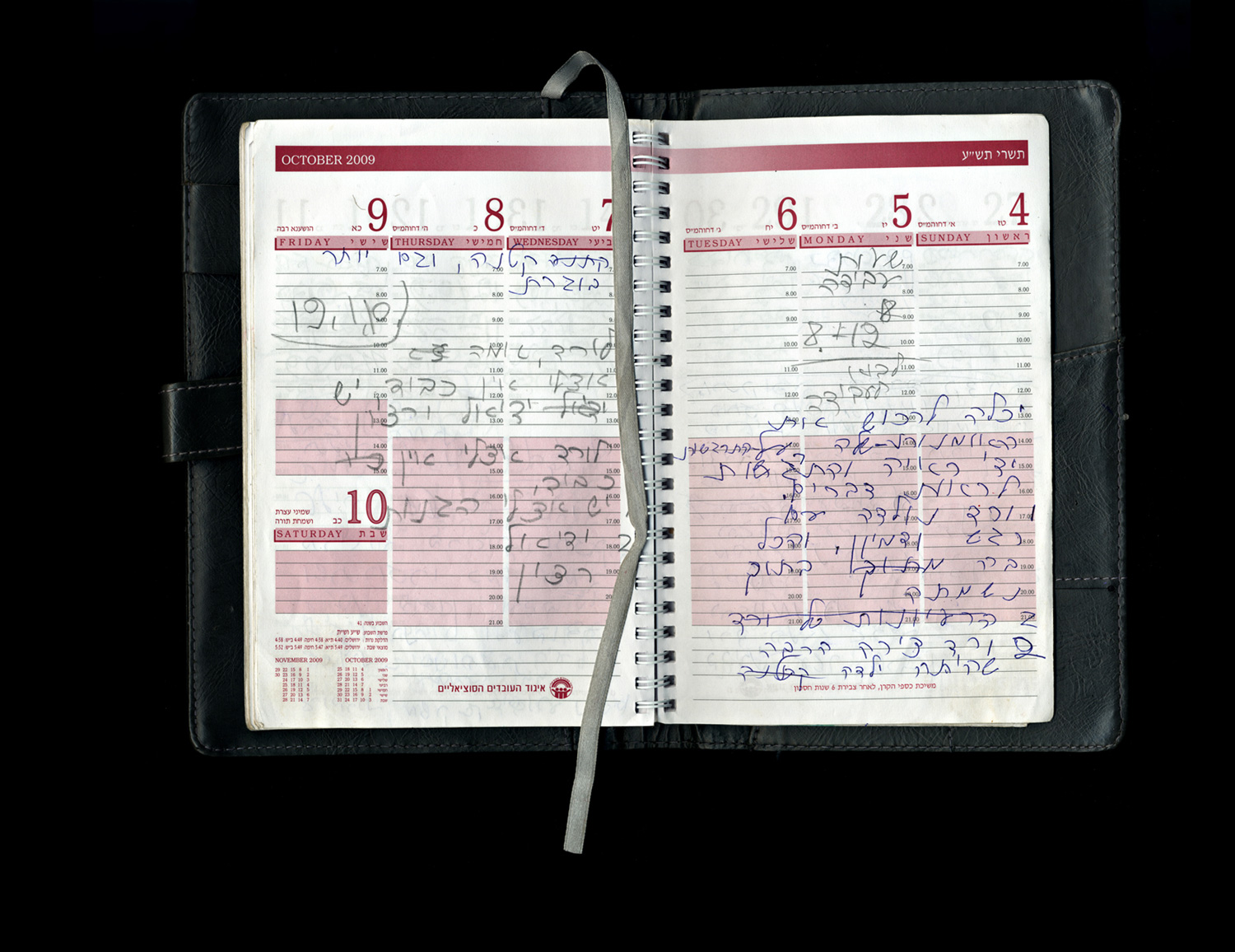