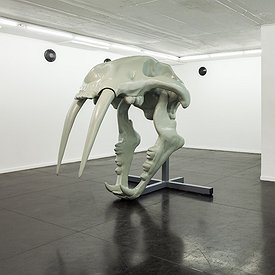 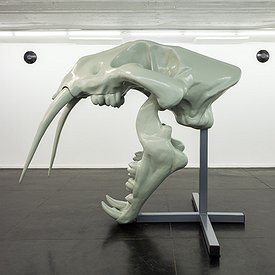 One can find varied sources of influences present in the work of Adi Nachshon. From Science Fiction and Fantasy to Gothicism and Heavy Metal: aesthetic genres that despite their differences all have deep interests in alternative, dark and mysterious worlds. The spectrum of dark forces may stem from scientific experiments gone wrong, time travel and fantasies of outer space or rather from creatures of the underworld like vampires, zombies, demons and monsters.

"The Idol" is based on the skull of the Saber Tooth Tiger, a prehistoric animal extinct near the end of the last Ice Age. Nachshon's idol is an enlarged, extreme and horrific version of the ancient animal, whose original form resembled a big tiger with exceptionally large upper fangs.

It can be seen as a Sci-Fi version in the sense that it brings the deadly predator back to life as a petrifying monster, and it is larger and stronger than it ever was. Polished and buffed out with motor-paint, it likens to a sophisticated, futuristic Cyborg that outsmarted its creator and is set to wreak havoc and ruin on everything that comes in its way. The idol also meets the criteria of Science Fiction in that it connects primeval anxieties with futuristic fears. So if on one end we find fear of natural disasters and wild beasts, on the other we have the potential danger of technology, machines, and artificial intelligence. Either way the reference is to a world with elements capable of perishing mankind and taking its place in the food chain or its status as leader of the world so to speak.

Another equivalent may be seen in the fact that essentially, Science Fiction bases its fictional narratives and futuristic visions on actual scientific knowledge. Similarly, Nachshon based his sculpture on anatomical studies of the Saber Tooth Tiger, from which he proceeded to create the futuristic monster before us.

The connection to Pagan culture, as suggested by the work's title "The Idol", is also the common ground of the different traditions from which Nachshon derives his aesthetic subjects.
Throughout history many subcultures have considered Pagan culture a source of inspiration. Its animalistic connection to nature is perceived as an expression of sexual freedom and as a culture that lacks the restrictions of western society. The link between Paganism and the devil, the dark underworld and the forbidden taboo is therefore clear; having that animalistic freedom is an actual threat to religious morals as defined by the church or by any other restrictive religion.

"The Beast" and Paganism are key- principals in Heavy Metal culture. This comes across not only in the typical imagery identified with Heavy Metal but in the ritual that takes place in concerts. A significant part of Metal culture, it may be likened to a pagan ceremony- the stage- design, the costumes, the makeup, the screams, the groans, the chaotic, violent dancing- are all part of an objective to create an out-of- body, transcendental experience, a detachment from the confines of the world.

The title of the show "Area 21" is Nachson's home and studio address, in a make-shift residence located inside a parking-lot in the south of Tel Aviv. Until recent years the grounds accommodated a number of houses from the reign of the Ottoman Empire in Israel. They were destroyed by the land's private owner, since neither the government nor the municipality were interested in restoring the buildings. Due to the institutional neglect of the buildings, the property was listed in official documents as "Area 21". It became throughout the years an indeterminate space, a no-man's land for hobos and junkies. Like the desolate land of Area 21, these people are the outcasts that society has disposed of, the real- life zombies that drift among the ruins of a world that is no more. 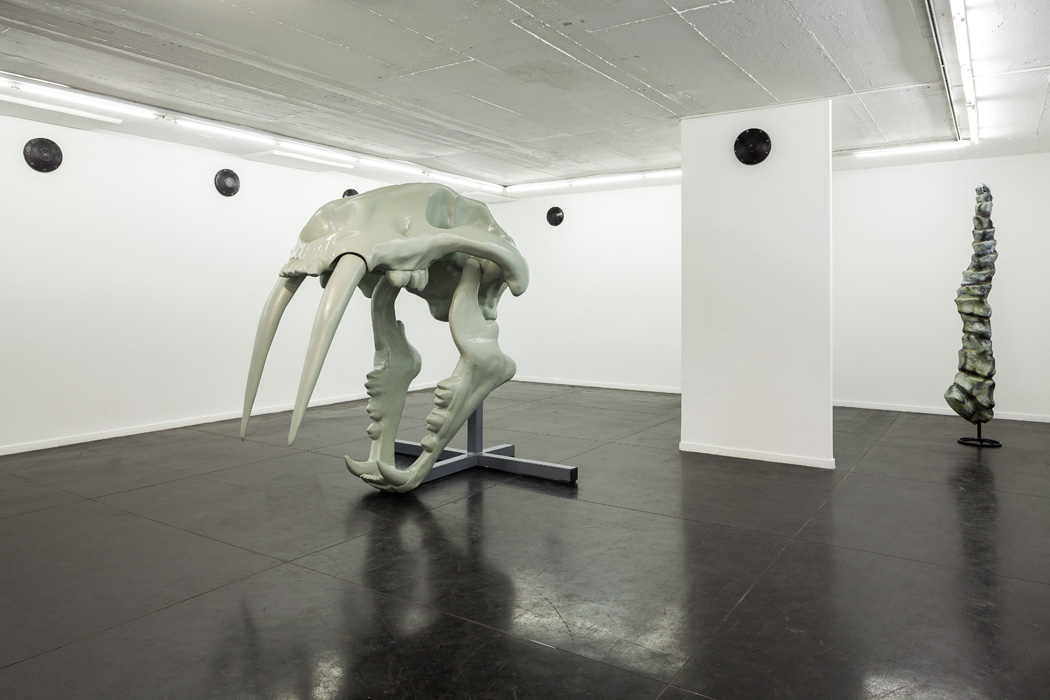 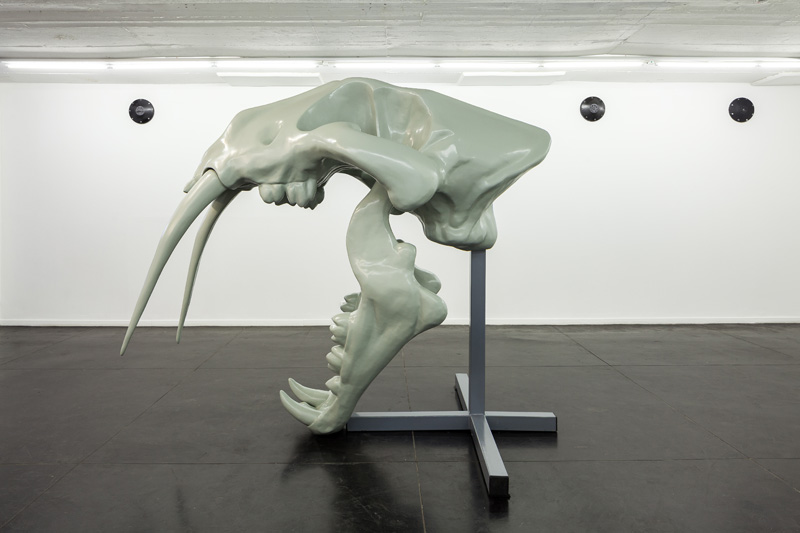