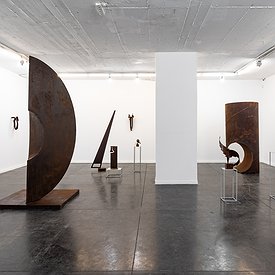 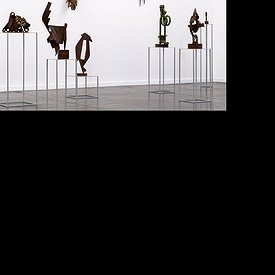 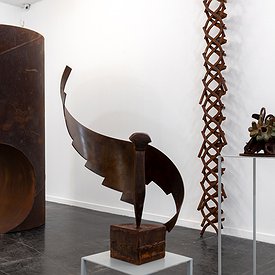 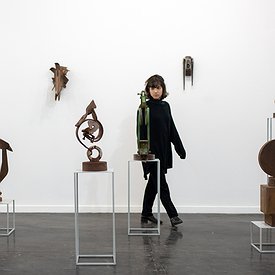 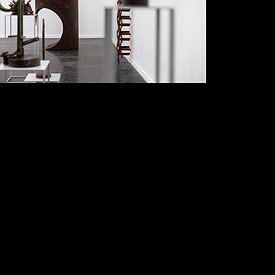 In the past, although I often found myself visualizing artworks, I used to tell myself: you are no sculptor, no artist. You are a craftsman. But it's a fine line.  Suddenly, in the course of a workday, sculptures started to pop up, rising up out of... they called me from the iron I had. It is not sacred. Do it. You are allowed to do it.

RawArt Gallery is pleased to announce the representation of Doron Brachfeld and the opening of his first solo exhibition, Iron. The exhibition assembles iron sculptures by the artist from the last two years.

Two parts of a bench he had once built, a pipe found in a junkyard, the remains of sculptures made for other artists, and his own tools – iron pieces from different times and different uses set off the artist's work process. They are reassembled at the end of a workday, often only to be disassembled in the next morning, until they settle as a sculpture. Brachfeld was trained as a blacksmith, heating the metal in the fire and forming shapes on the anvil. He studied blacksmithing with Uri Hofi at kibbutz Ein Shemer, and with artist and blacksmith Nobuya Yamaguchi at Ein Hod. In his workshop, he executes commissioned works for architects and sculptors.

Brachfeld encountered sculpture in iron as a child in kibbutz Kfar HaHoresh, where the sculptor Ya’acov Dorchin lives and works. Growing up, Brachfeld spent hours around the sculptures and materials in Dorchin’s studio. Although he has never been Dorchin’s art student, his figure, as a friend and a guiding spirit, and his artworks, had a profound impact on his professional and artistic life.

In summer 2020, Brachfeld installed his first artwork, The Good Fence, in the public space - a barbed-wire fence that stretched between buildings in Tel Aviv's Kiryat HaMelacha. Art critic Ouzi Zur then wrote: "a clever work that welds sharp irony with pointless, ascetic beauty. Designated functionality, passive-aggressive, diverted by Brachfeld from its worldly practicality into the sky, where from a barrier it becomes, seemingly, a means of connecting in the imagination."[1]

The history of sculpting in iron is full of artists who have discovered art while training ascraftsmen, and not the other way around - due to the nature of the material, which demands skill to work it. One notable sculptor is Julio González, who was born to a family with a tradition of metalworking, and had earned a living by executing metal jobs for other artists. His collaboration with Picasso had paved his way to becoming a sculptor.[2]  For Brachfeld, working with other artists helped him break through the partition between his labor at the workshop and the sacred realm of art as he perceived it.

The artworks in the exhibition trace the boundaries with which Brachfeld negotiates:  the absorption of the visual history of Israeli sculpture through his own hands, avoiding connections that lead to too-quick interpretations, and the line that stretches between art and design. The traits of the iron chunk – its form, color, bend, the light that falls on it, and its original cutting technique – they determine the direction of the negotiation as the sculpture is being constructed

The installations Public Pool and Lifeboats, which are permanently displayed outside the gallery will be lit up for the duration of the exhibition.

[2] Ruth Markus reviews their collaboration in a chapter of "The Iron Sculptures of Pablo Picasso & Julio González ", from Ruth Markus, Sculpting with Line and Space, (Tel Aviv: Hakibbutz Hameuchad Publishers, 2003), 181-218. 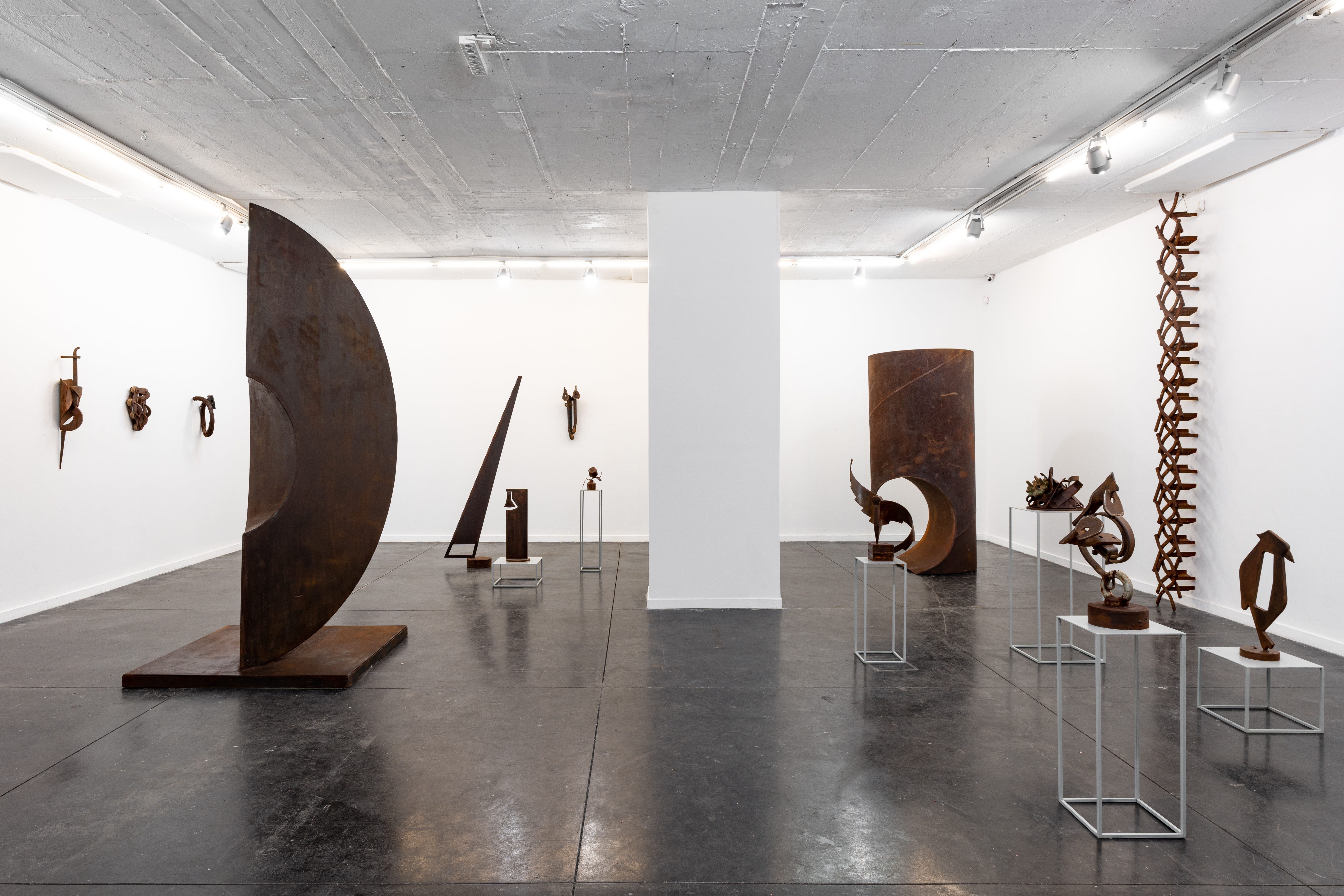 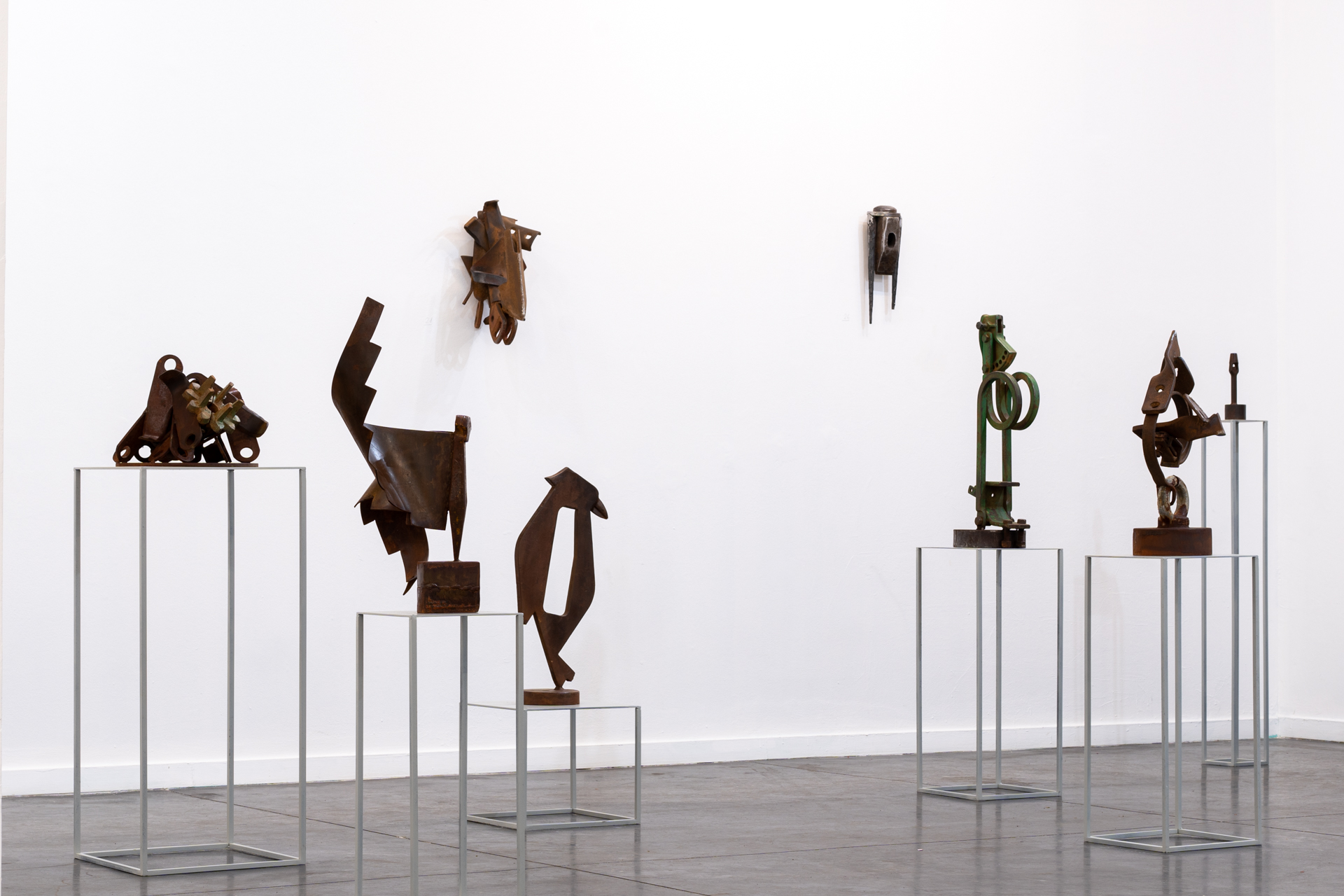 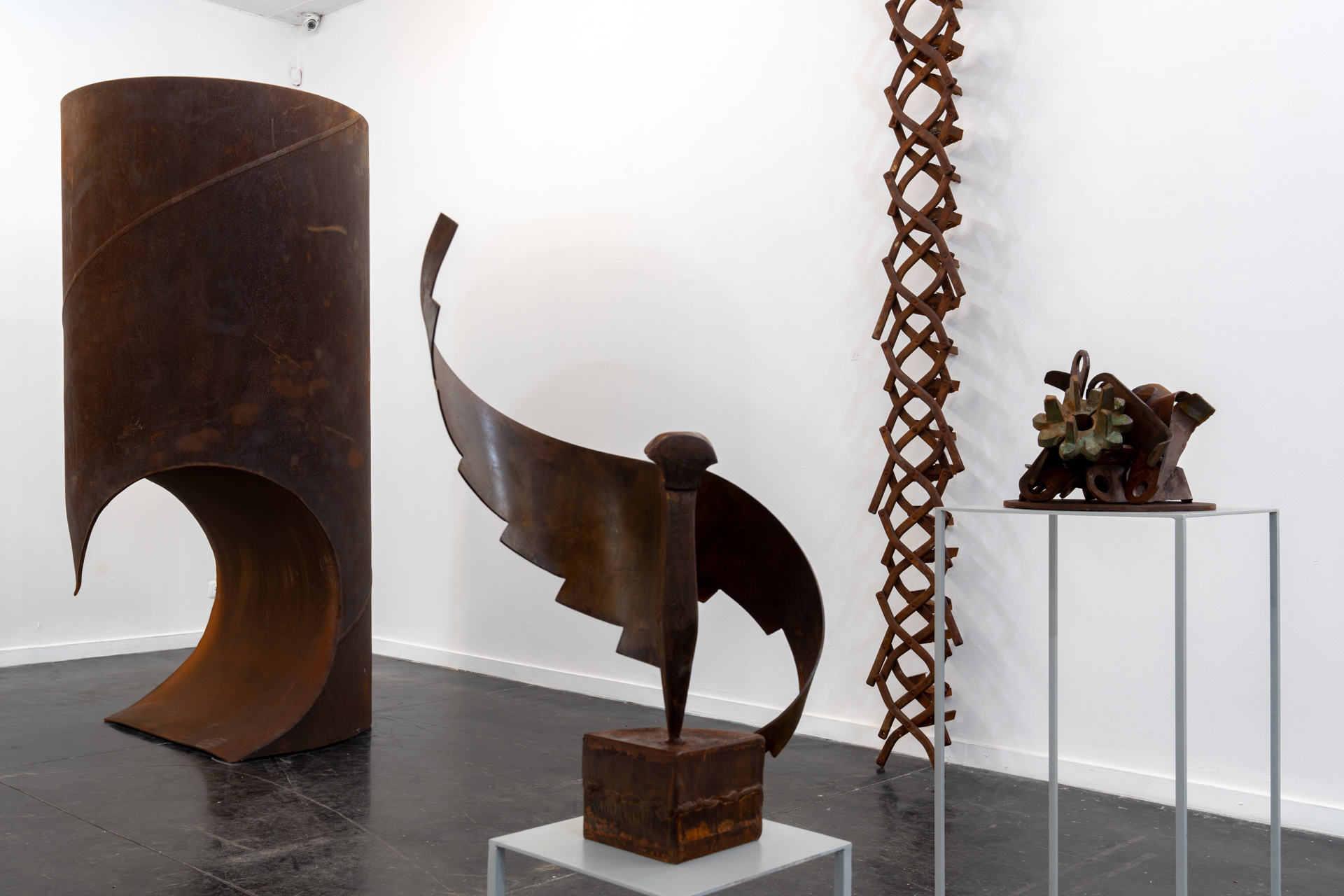 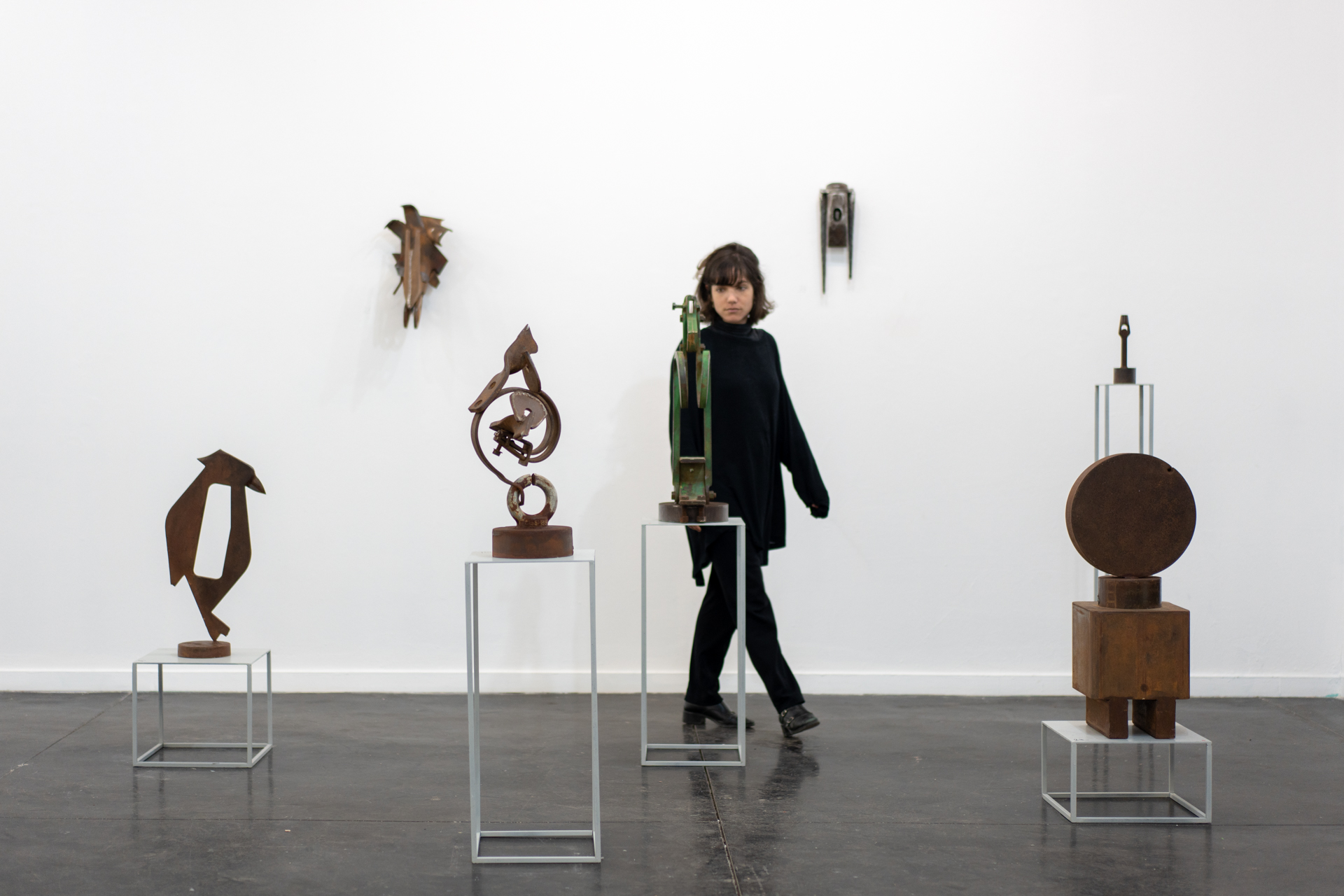 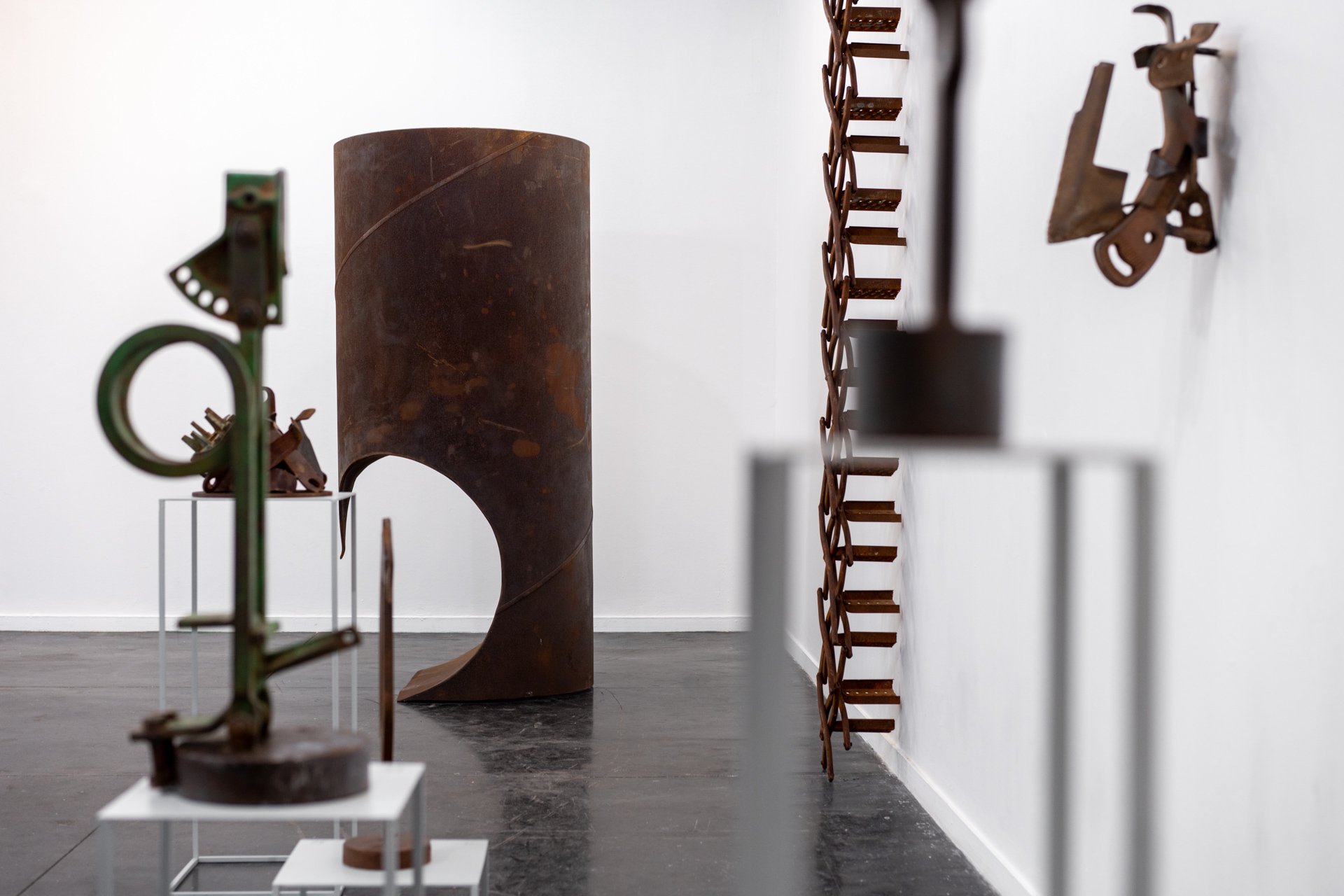