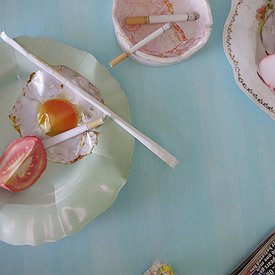 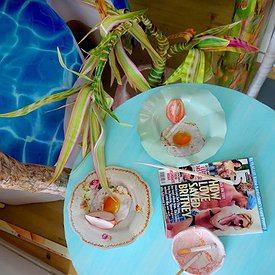 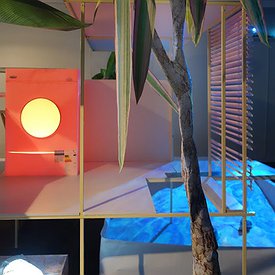 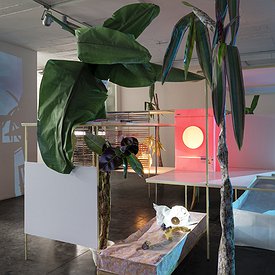 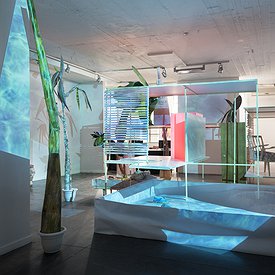 If the saying goes that the difference between architecture and sculpture is plumbing, then the habitat before us stands as an absolutely futile mass. It sums up to nothing more than appearance- a mirage, a fake: though it initially looks like a dream house, or the fantastical idea of a house, it is in fact an accumulation of frail, wrinkled and ephemeral matter.

From a structural standpoint the work implicates elements of Modernist architecture such as lightweight floating forms, indoors that dissolve into outdoors, etc. These are interpreted in Levy's work as an exposed living environment on the midway between interior and exterior (or private and public) surroundings - the swimming pool replaces the bathroom, billboards replace the windows and the plants vary from the domesticated to the tropical.

The exhibition title “Villa” also alludes to the so called "Israeli dream" of grand suburban living environments. This dream combines the Zionist ethos to populate remote areas of the country with Jewish settlements; with materialistic- capitalistic tendencies that find value in size, luxury and opulence. Hence this is a work that mixes Modernist values of utopian living models and their eventual outcomes into forms of blatant vulgarity, tastelessness, kitsch, trash and faux riches.

This villa materializes the contemporary identity of the digital, social networking, reality TV era. The private and public spheres, the glamorous and common are affiliated today in an unprecedented level. Levy's villa can indeed be interpreted as a sort of "Big Brother" house- like it, it's temporary, deceivingly ravish and all the while also a detachable set decoration. Like it, it's bare and exposed through and through while also isolated and enclosed within a larger, politically empowered institution (the TV network/ the social network/ the art world) that devours everything that enters it like the mouth of the Moloch, the machine in Fritz Lang's "Metropolis".

The fact Levy's villa is formed as a unit within another, larger unit (the gallery), is interesting in relation to the work's artistic typology. It may be defined as an installation in the sense that it takes over the gallery space and relates to the scale of a human body; however it is "framed" within itself, detached from the viewer. It creates for a situation in which the installation becomes an autonomous sculpture the viewer circles around.

That said, the way that Levy uses photography as sculptural prints also contradicts the original purpose of the photograph: to immortalize the portrayed image. In their paper version the object's temporal nature is brought to an extreme- the life span of these consumer products becomes even shorter than their already short tenure.

Like the material and cultural junk yard that goes through us day to day, like the never ending newsfeed scrolling down into the sewer of consciousness- this work represents the immediate and the transient more than anything else. It belongs to a world in which stability has been replaced by a continuous flux. It is a futureless creation- (con)temporary in the sense that it exists in present time only. An event. A moment. 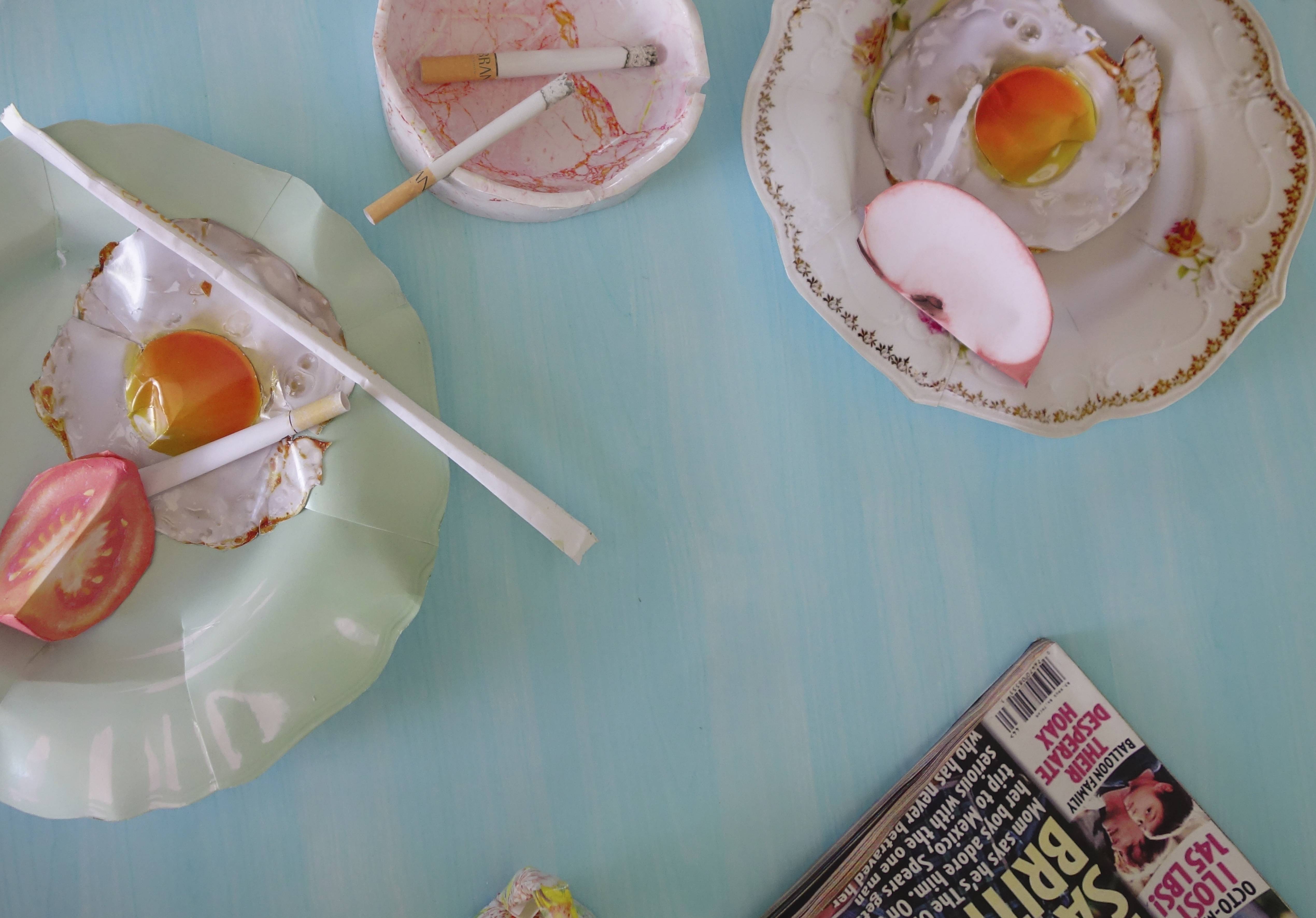 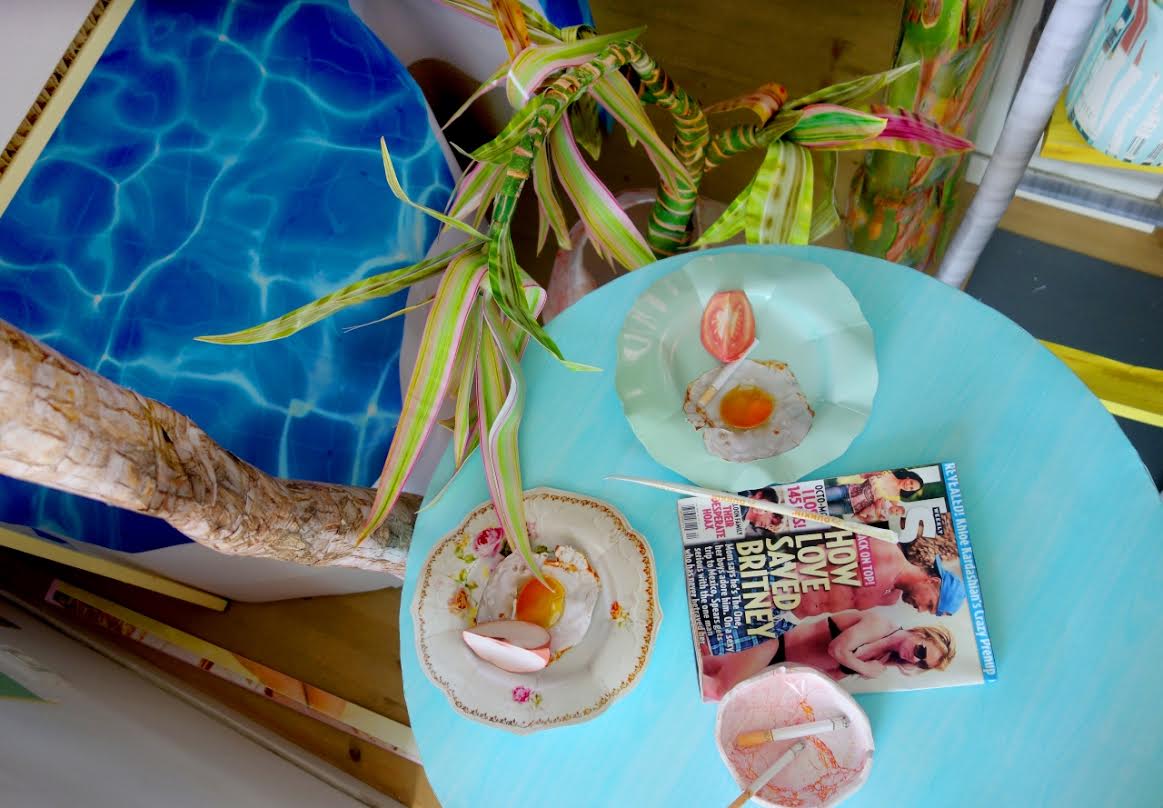 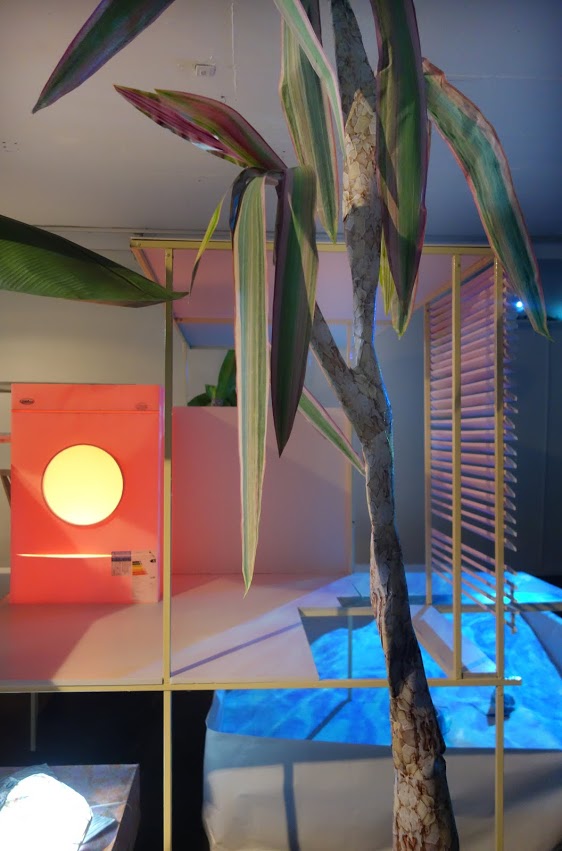 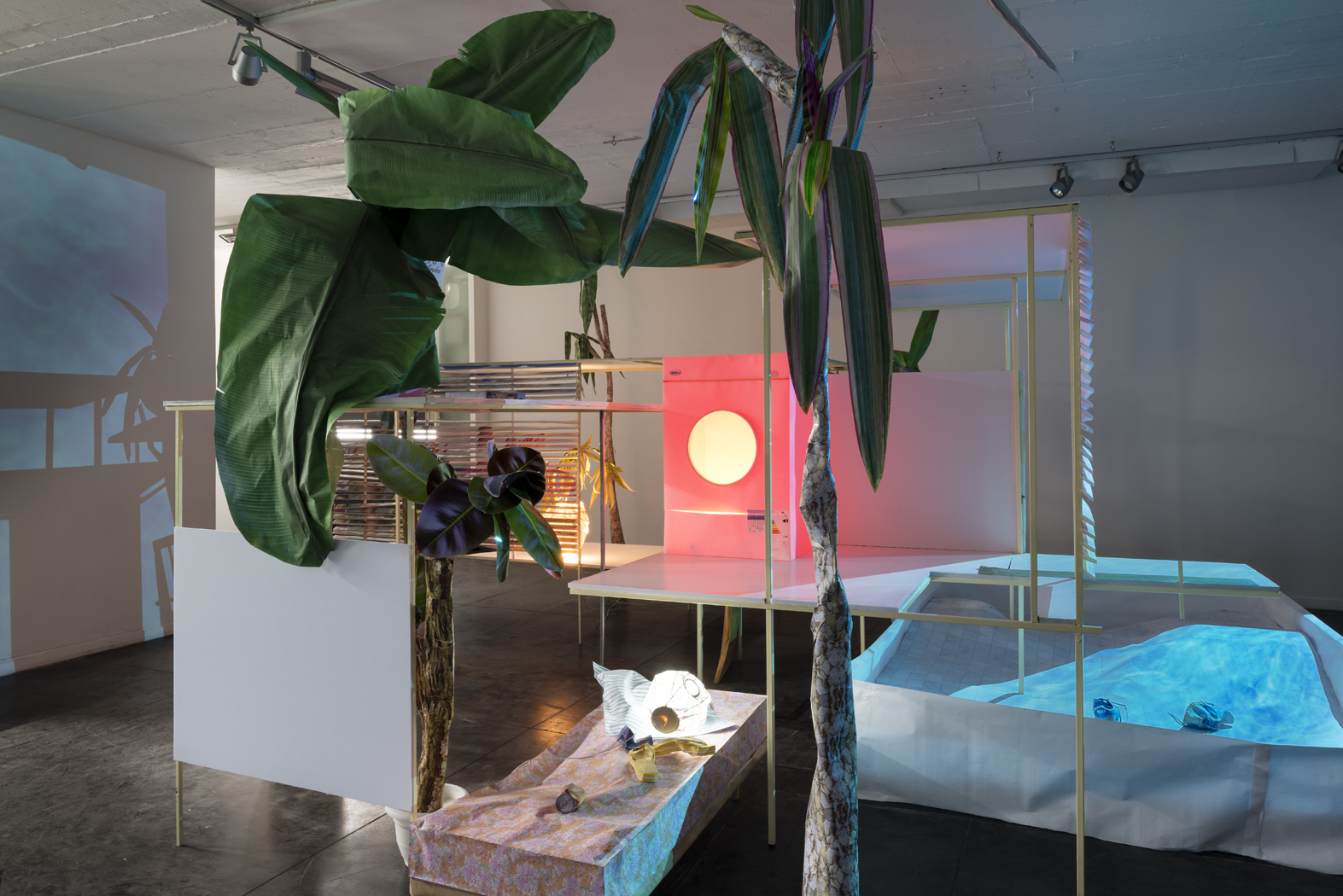 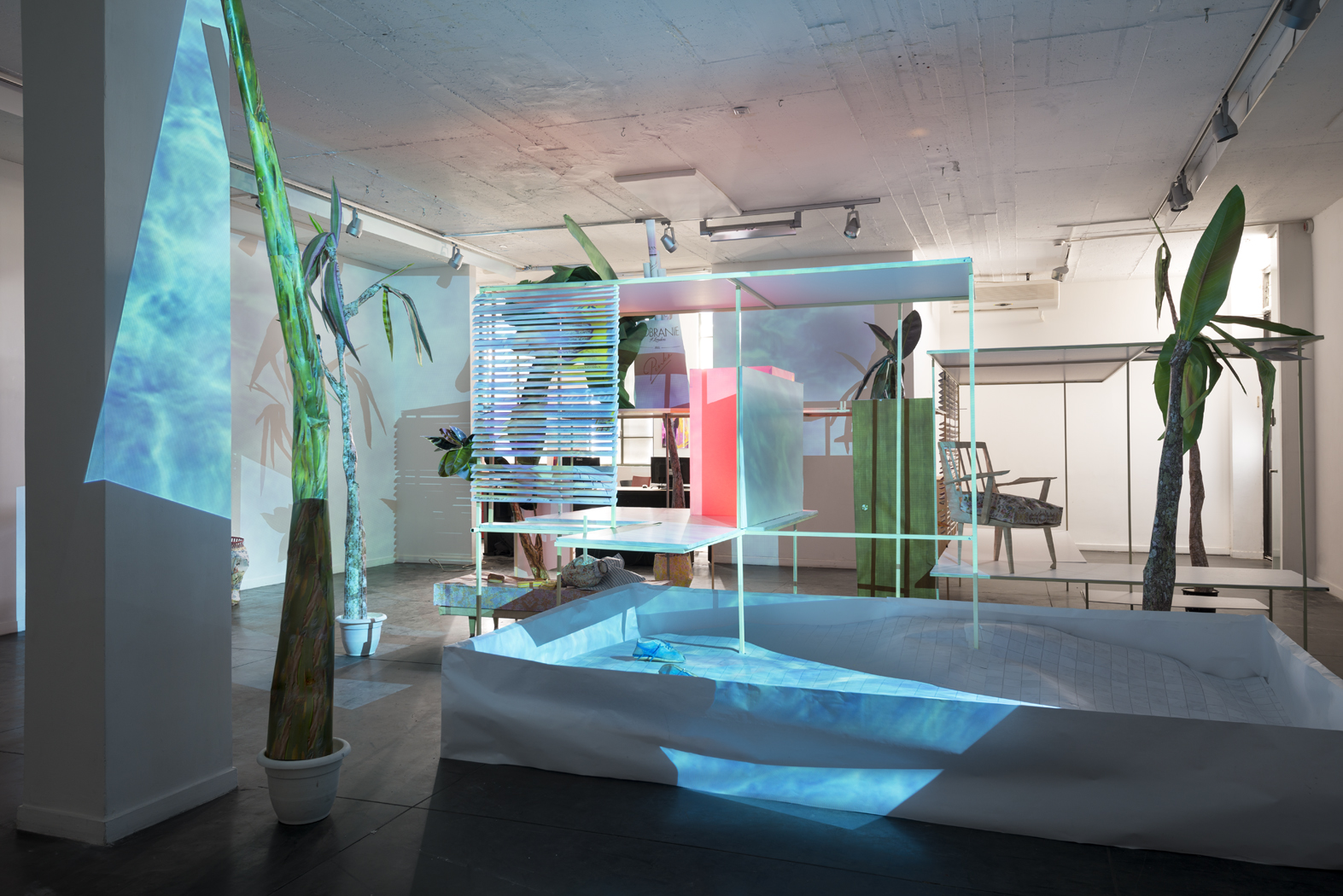