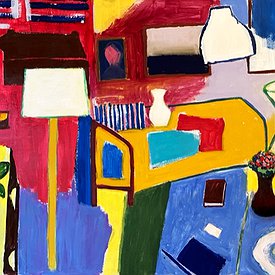 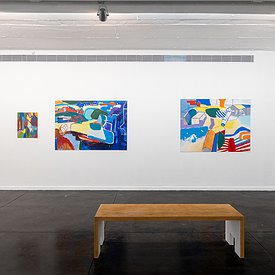 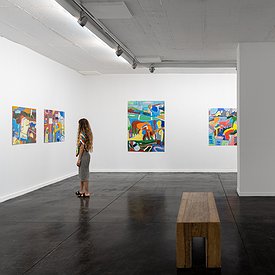 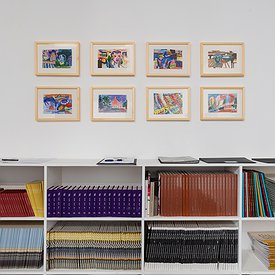 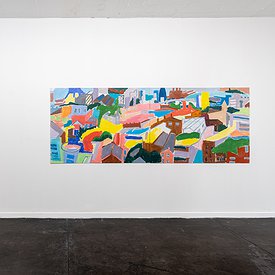 RawArt Gallery is honored to invite you to London Calling, a solo exhibition by gallery artist Eran Wolkowski.

Each summer Eran Wolkowski goes to his family's home in London. From the redbrick house, he embarks upon long wandering walks in the city's outskirts - through residential neighborhoods, canals, industrial buildings, parks, and cemeteries. Wolkowski returns home in the evening and transfers his day's quick impressions onto paper using watercolors. He calls them "roadworks."

From a mere glance at Wolkowski's oeuvre, it appears that most of his exhibitions are collections of themed paintings - of film stars, rooms, the corridors of HaAretz Newspaper, the scenery at a kibbutz. However, according to the artist, the subject matter is often merely an excuse to create a composition. "I need shapes, and these shapes attack me." In this current exhibition, the shapes happen to be London suburbia. The collected views, processed on paper, became memory patterns and are freely rearranged in the pictorial composition.

First, Wolkowski mixes powdered pigments into an acrylic emulsion and lays down the initial fields of color, which gradually take up the shape of the triangular structure of the London homes. From a bird's eye view, they rhythmically compress into a city plucked from the painter's imagination. Through the process of abstraction, which has beckoned painters from the early twentieth century, the dominant contour struggles against the stains of color, occasionally abandoning the exact form it is meant to delimit and discipline. The street invades the house's interior, while objects similarly collide and assimilate into one another. This fragmentation also serves as the entry point for the 'usual suspects' from the artist's work: the characteristic cars, horses, and airplanes, woven into the layers of the painting. They are joined by new forms, such as a sewing machine coil, an armchair, a church steeple, and an abandoned round cage-like structure, once used to store gas tanks. Some of these forms carry an emotional charge. Their frequent bursting into the painting can be read as stubborn, frayed memories from different eras of one's life, or perhaps as a manifestation of a fetishistic desire. Some emerge randomly.

Eran Wolkowski (b. 1947) lives and works in Tel Aviv. He is a graduate of the department of Visual Communications at Bezalel Academy of Arts and Design. Wolkowski has had solo exhibitions in various venues, including the Mary Fausi Gallery and RawArt Gallery in Tel Aviv, Gimel Gallery in Jerusalem, Artists' House in Tel Aviv and Jerusalem, Mabat Gallery in Toronto, and the Mishkan Museum of Art at Ein Harod. His works have been featured in group exhibitions in venues such as the Museum of Israeli Art in Ramat Gan, Bar David Museum in Baram, the International Art EXPO in Washington DC, and Radius Gallery in Tel Aviv. Alongside his artistic practice, Wolkowski is a graphic designer and illustrator for Haaretz newspaper. 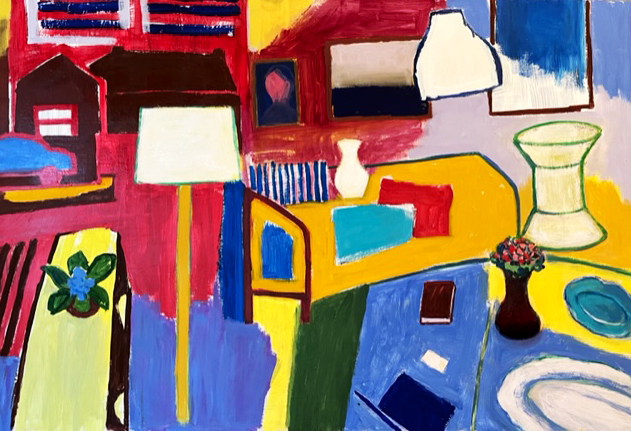 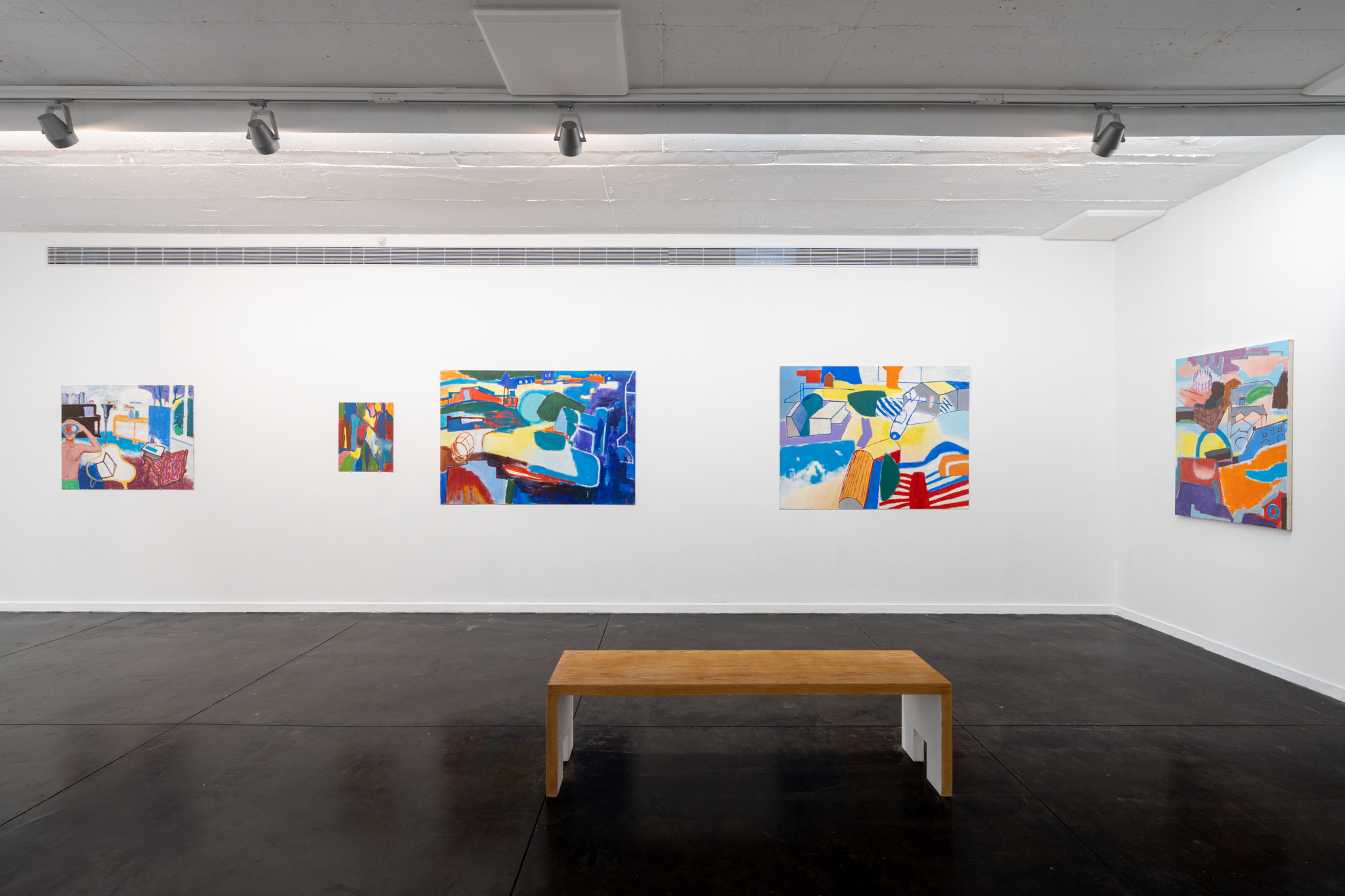 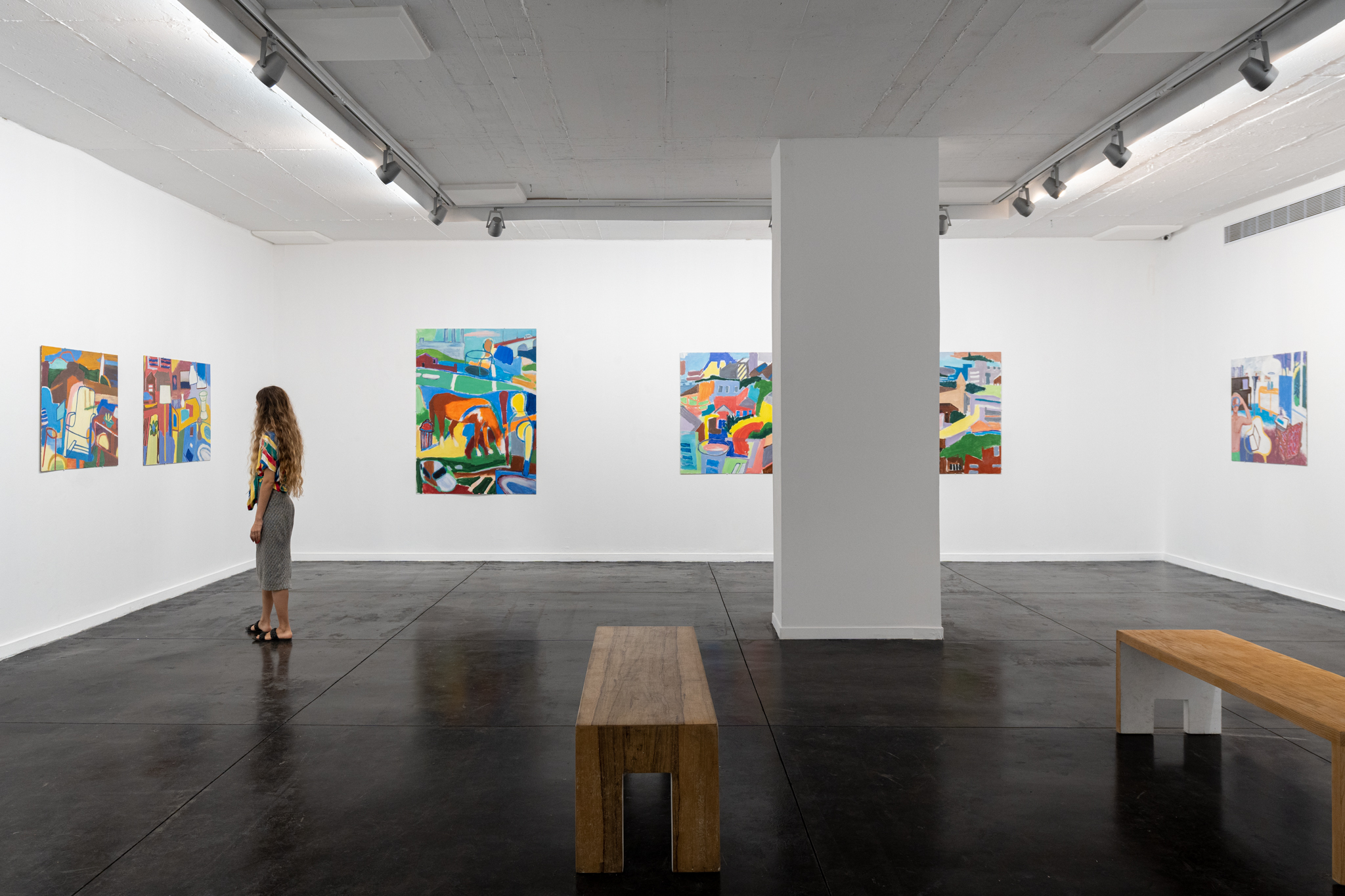 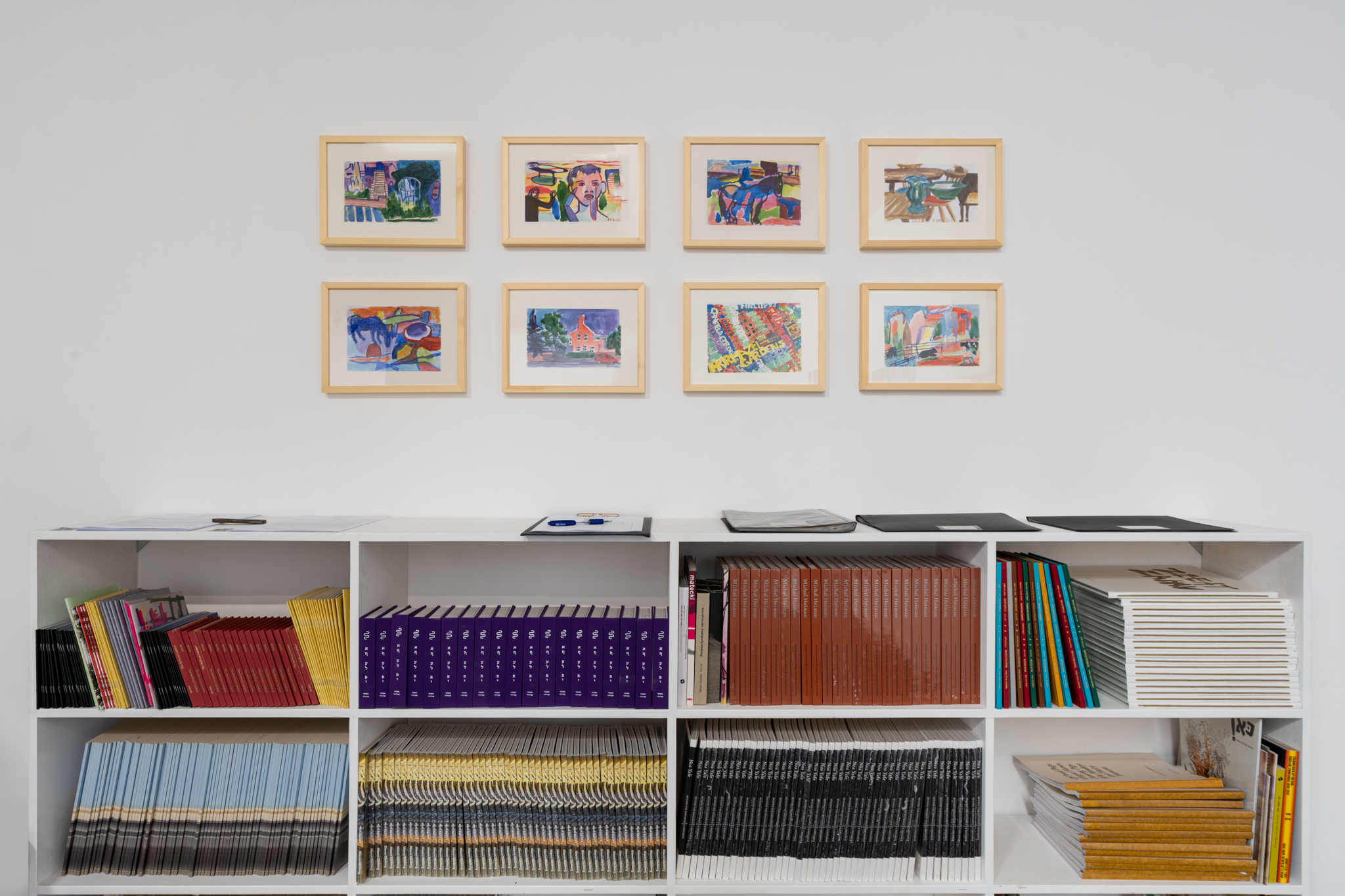 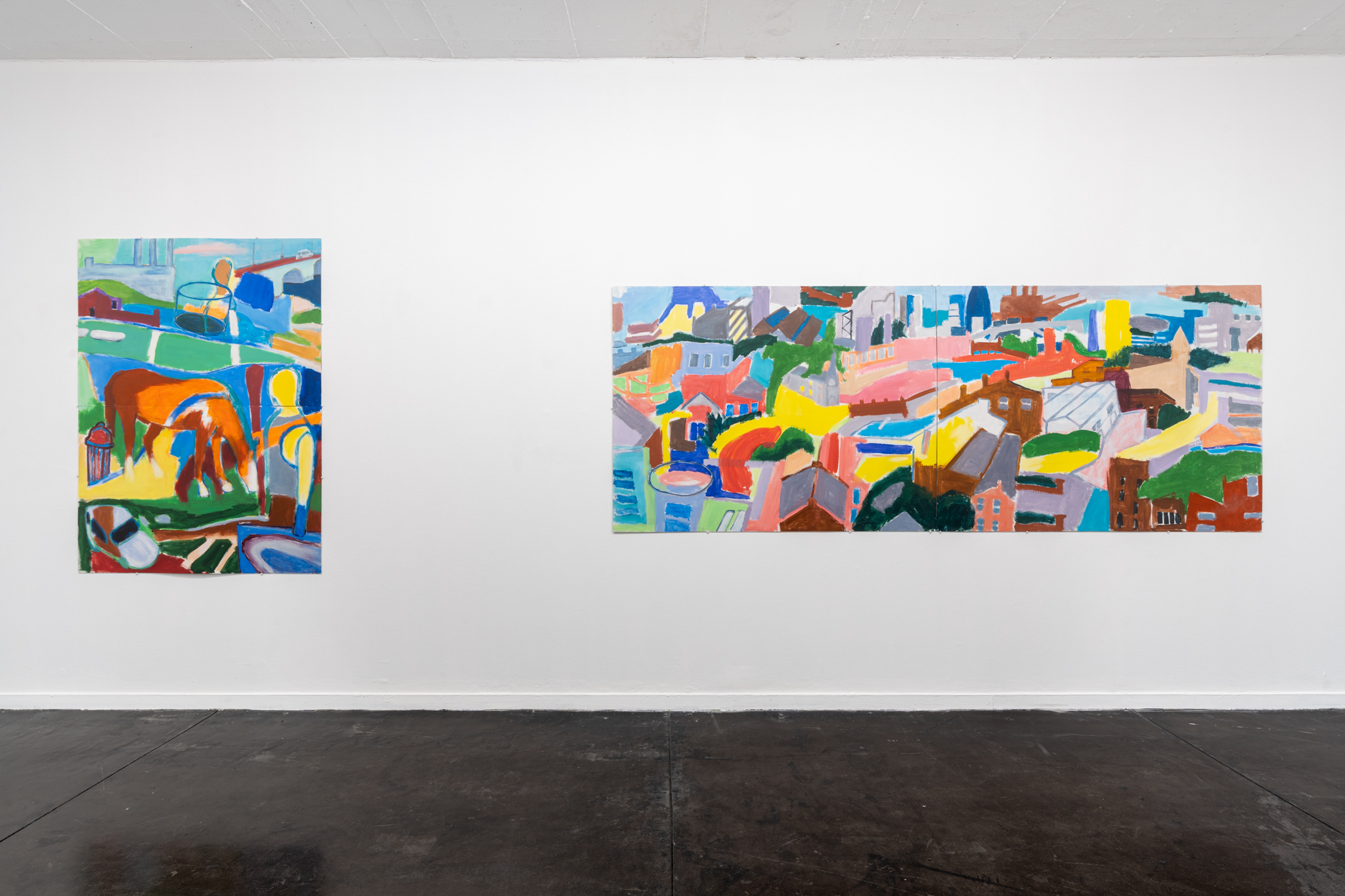