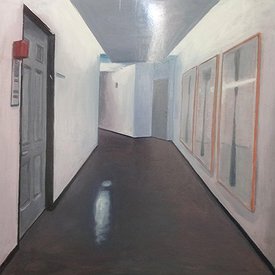 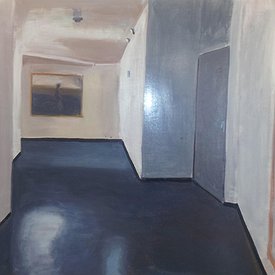 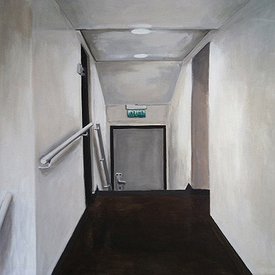 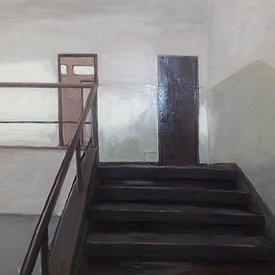 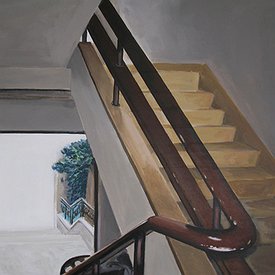 "You see the longest, saddest, scariest, most depressing-that feeling, you know?"
"It’s a hallway," Matt said.

The architectural spaces in this series are offered as a projective framework. The buildings reshape through the artists' eyes, undergo a filter that separates them from mundane everyday life and turns them into a distorted vision in a mirror- maze. Although the paintings portray public spaces, these are appropriated to the subjective standpoint of the painter, making them a personal account. The point of view is therefore constituted as a basis for perspective both optically and psychologically.

It is very evident that the painter/ viewer is the only subject present in the spaces and what's more, that he erased any signal of other people from them- the pictures on the walls are either blurred or washed out and the same goes for the names on the doors. It seems as if the viewer is caught in a daze, as if everything around him is one unified mass, a monotonous sequence of hallways and doors, a rhythm of black and white marks, latitudes and longitudes, highs and lows.

The viewer is enclosed in an intermediate state, walking with no point of destination, lingering in limbo, between worlds. The reality beyond the doorways remains a mystery, a mark to the unknown potentials (that may be unattainable or simply uninteresting). Everything is coloured in bland, extinguished colours. Possibly the paintings have no trace of other people, because people represent different subjective experiences, they stand for mere distractions; they are forever beyond the access of individual consciousness.

There is a dichotomy between the works' narrative element and their refined restraint. Despite the use of dramatic techniques such as distortion and extreme perspectives- the muted, monochromatic colour range indicates to a stoic approach, or at the very least to an effort to repress sentiments, to lull any pathos. Moreover, though the spaces are seemingly vacant, the point of view of the painter/ viewer/ subject is unmistakable. He is both present and absent- he is a transparent protagonist. 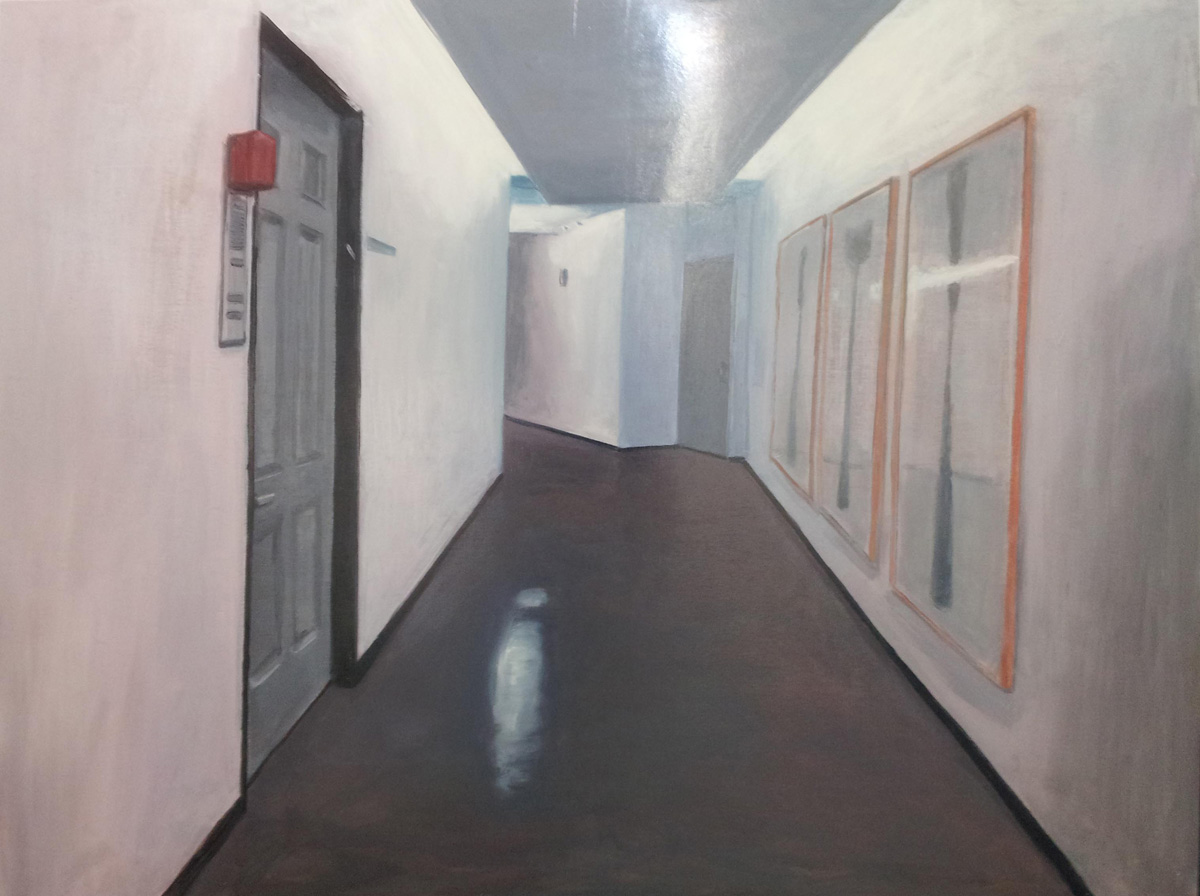 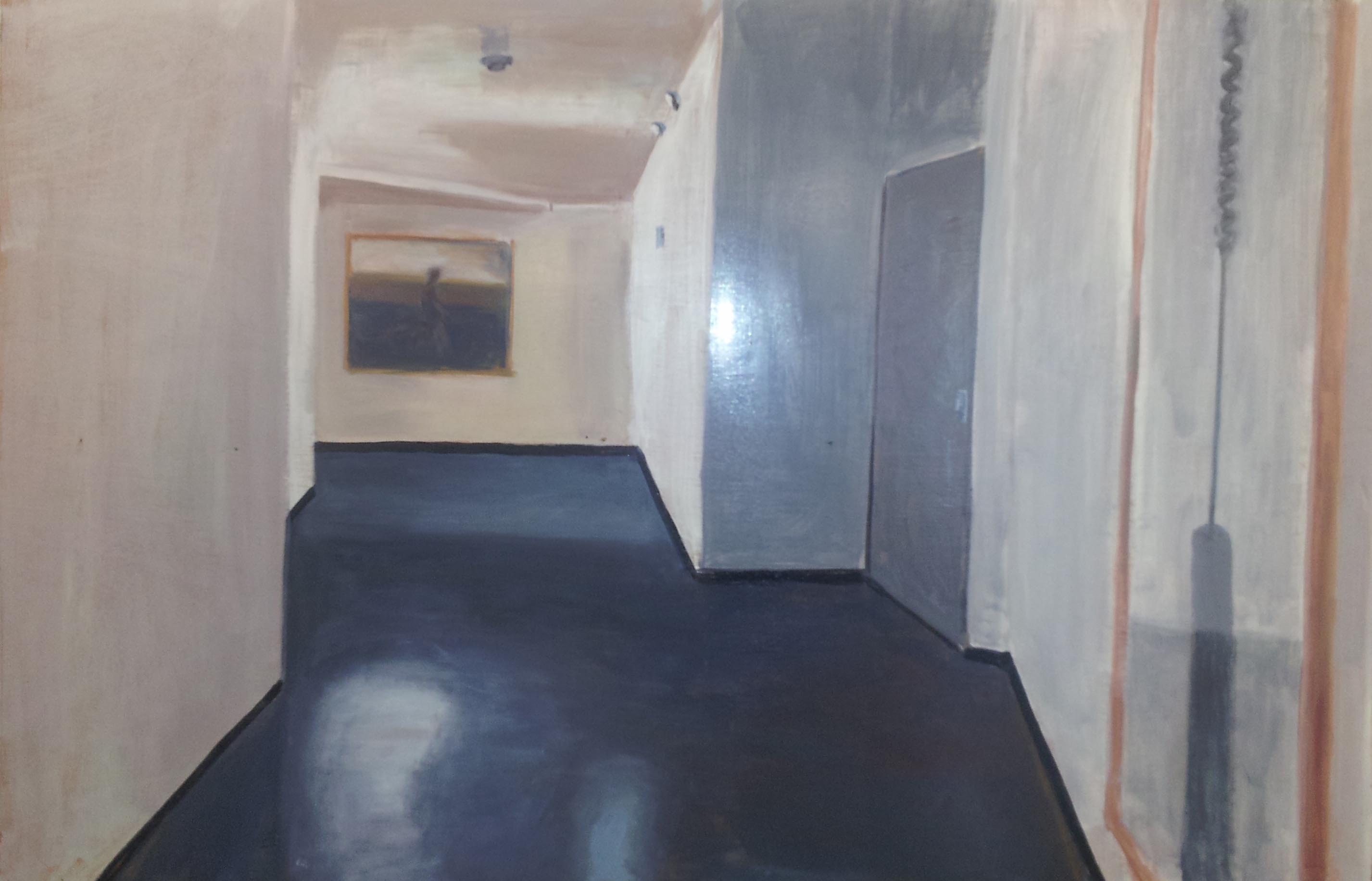 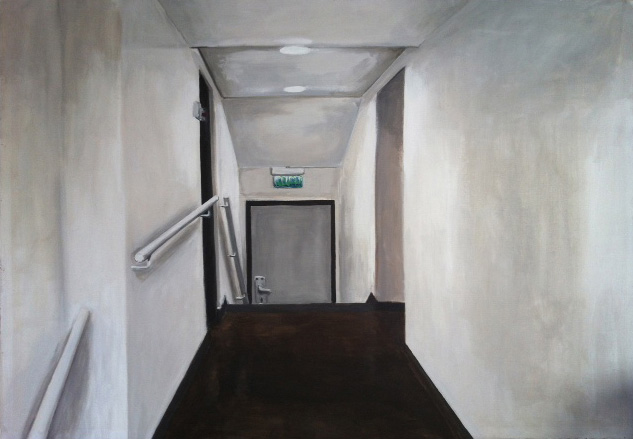 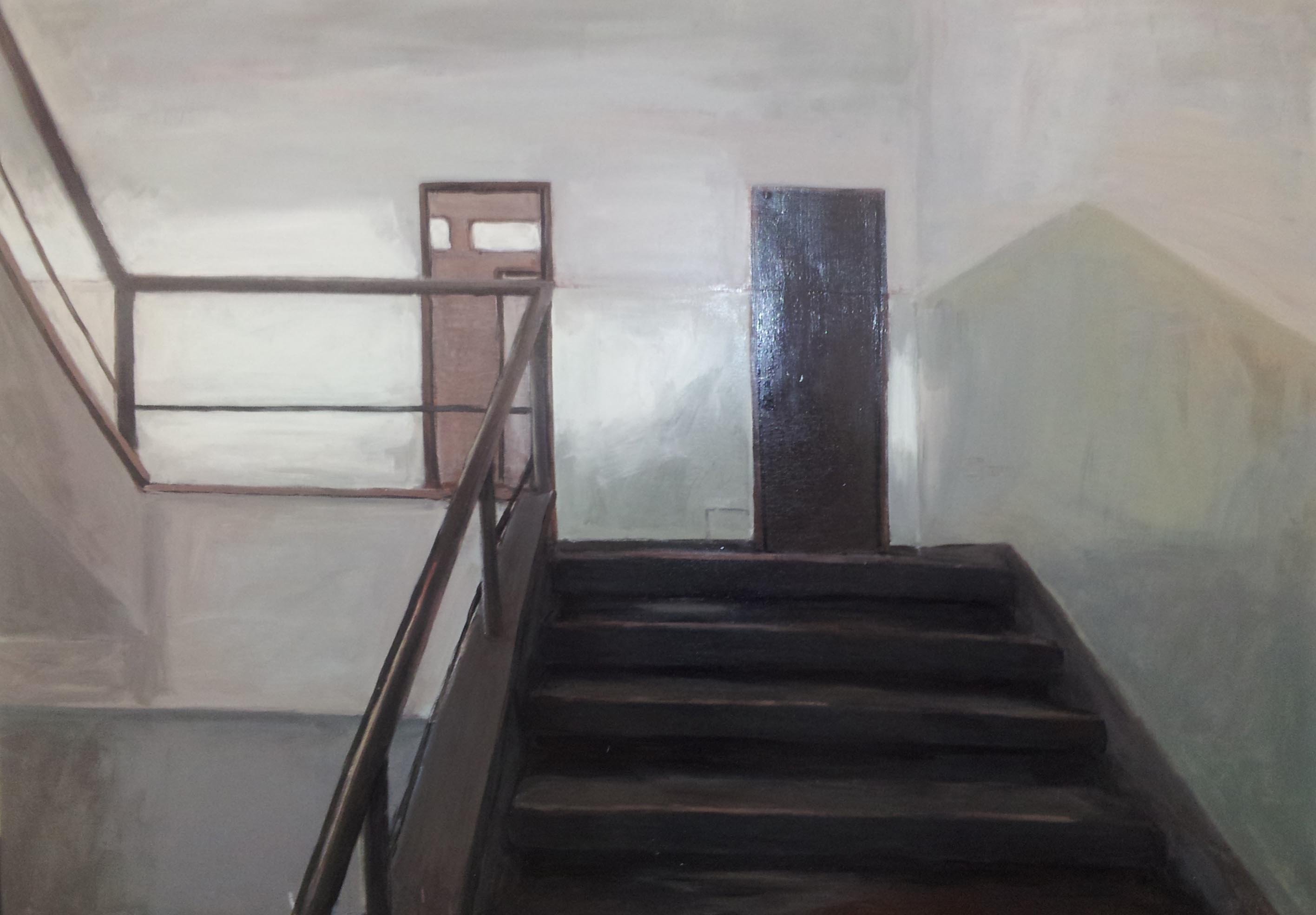 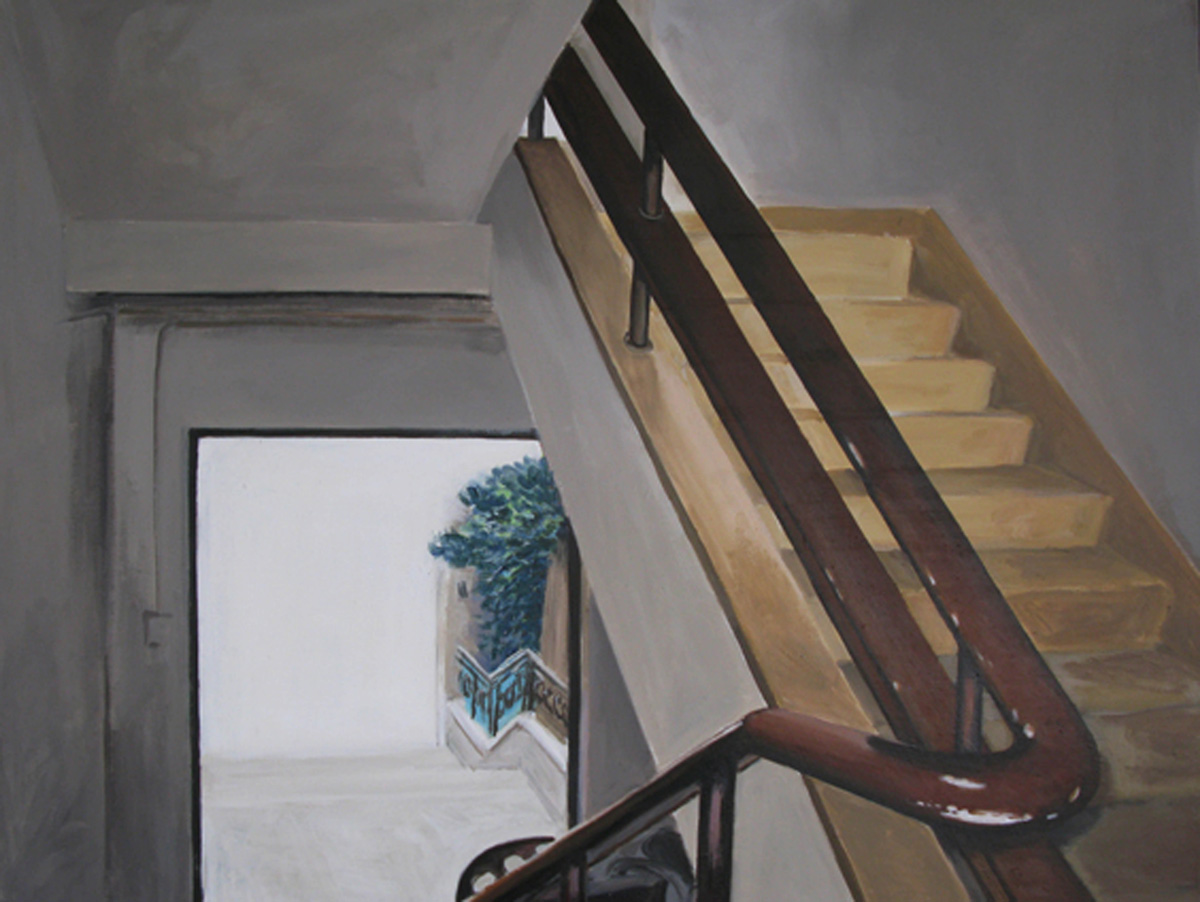