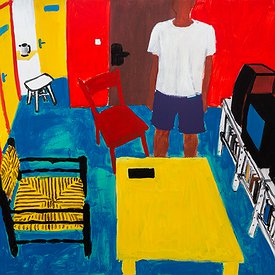 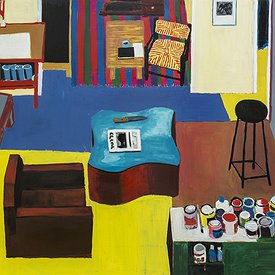 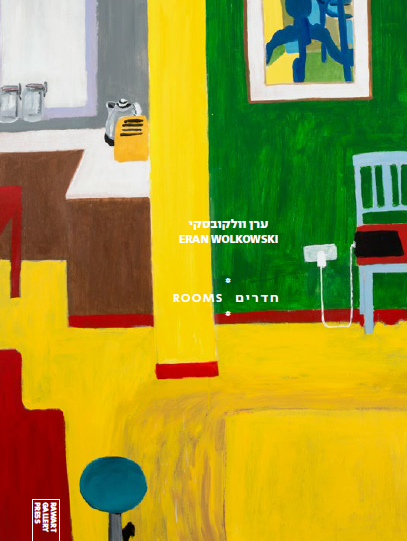 … Wolkowski is not an anthropologist, but his painterly voyage through different rooms documents the changes that have occurred in his life, and in society in general. These rooms and their contents seem to be a substrate or a mean for realizing artistic possibilities, but he does not settle for abstract colors and shapes. The space and the objects may not be depicted accurately, but their positions and the details of the banal trivia accompanying them create a kind of catalog of life’s stations.

The furniture pieces and the quotidian objects are executed with broad strokes on large plywood surfaces. The brushes are thick, and the paint is industrial. This kind of painting does not leave room for much refinement, detail, or a pedantic finish. The depiction of objects is succinct: the TV remote control, for example, a common inhabitant of every living room, is reduced to a mere black line. Other items — a lamp, a bowl, a computer — appear here and there as signatures or as markers of a specific, personal territory. The rooms are painted from above, the point-of-view located somewhere near the ceiling. This point-of-view shows the familiar room as distant, as a display — a stage set, almost.

There is more to Wolkowski’s room paintings than just an interplay of positioning and colors. Together with the tension between routine and banality and the intense palette and distant viewpoint, they are a walk down Memory Lane. Rented apartments are way-stations in a person’s life. The show reconstructs the memories rather than describes the journey between stops. The principal shapes are preserved, others are blurred. Wolkowski is faithful not to the original colors and shapes but rather to the residue and the experience they have left behind. Retained memories become a scaffolding for building new shapes in a different, often rough palette. Despite his declared wish to avoid nostalgia and sentimentality, there is no memory without them. They pop up here and there: a beloved book here, an old painting on the wall there.

Wolkowski is an independent artist. He defines himself as almost anachronistic in his choice of media and means. He paints, in the traditional sense, but has no pretense or ambition to achieve the perfect finish. He settles for the immediate — laying paint on a surface — and he creates relevance through the choice of points-of-view and the sociological and local meanings in his work - in this series as well as the ones preceding it. Following his work requires stepping off the beaten trail of local art and taking up the unique trail he has paved for himself. The current show continues and complements the journey he has been making from the outside in: from the country landscapes of childhood, to the gray halls of the office building, and now to the interior, private rooms of the home. 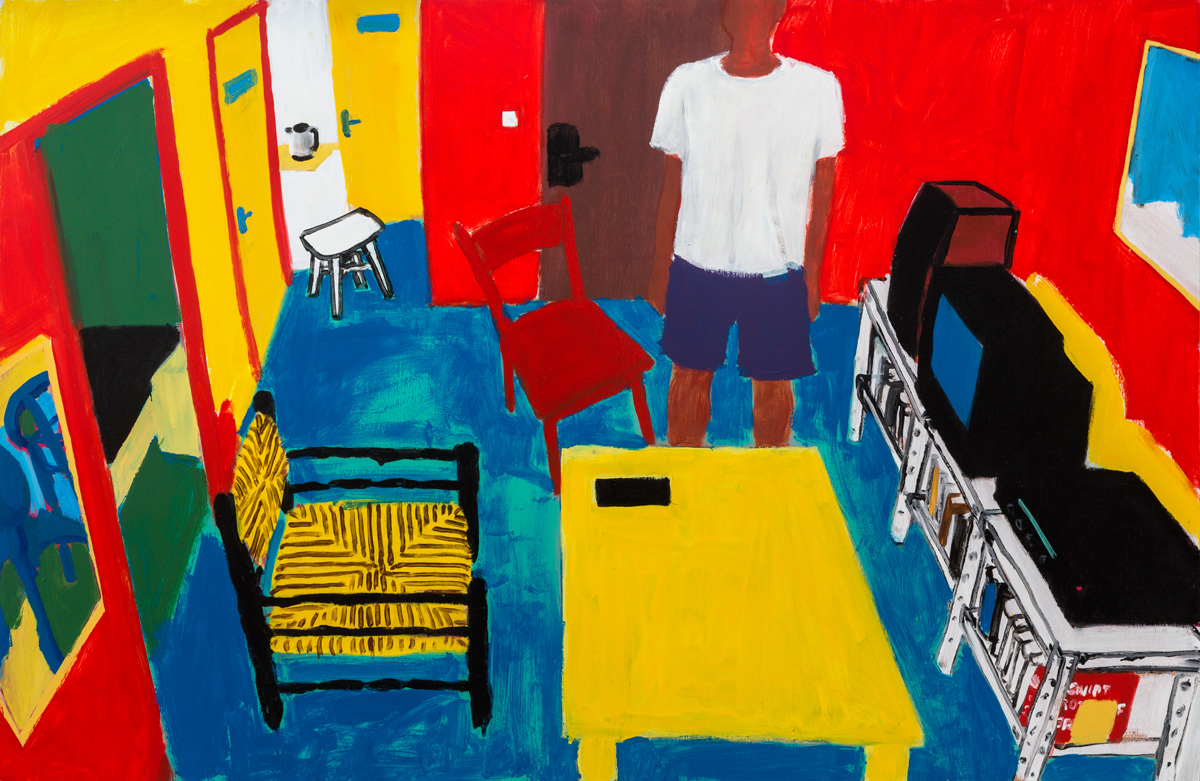 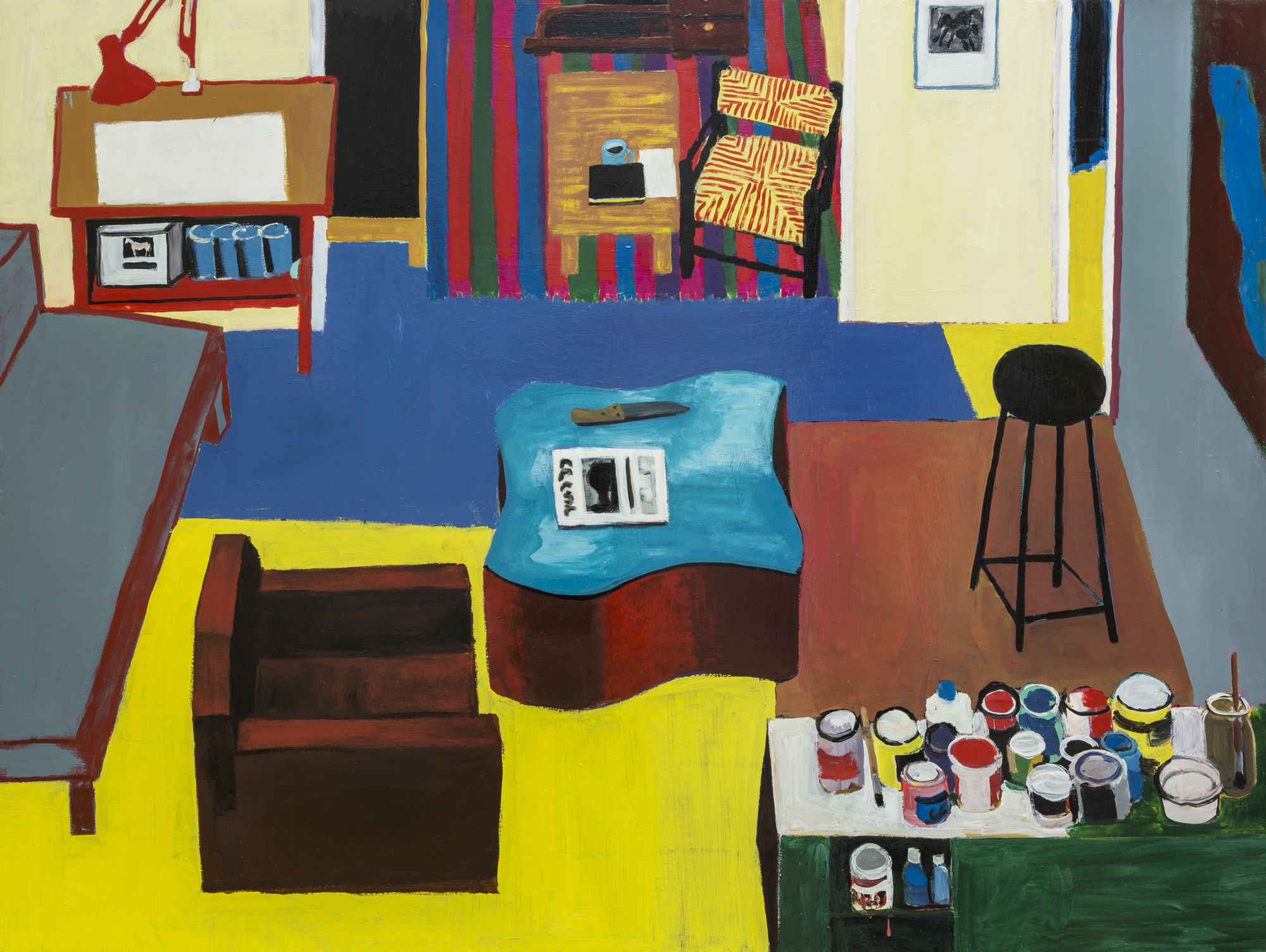 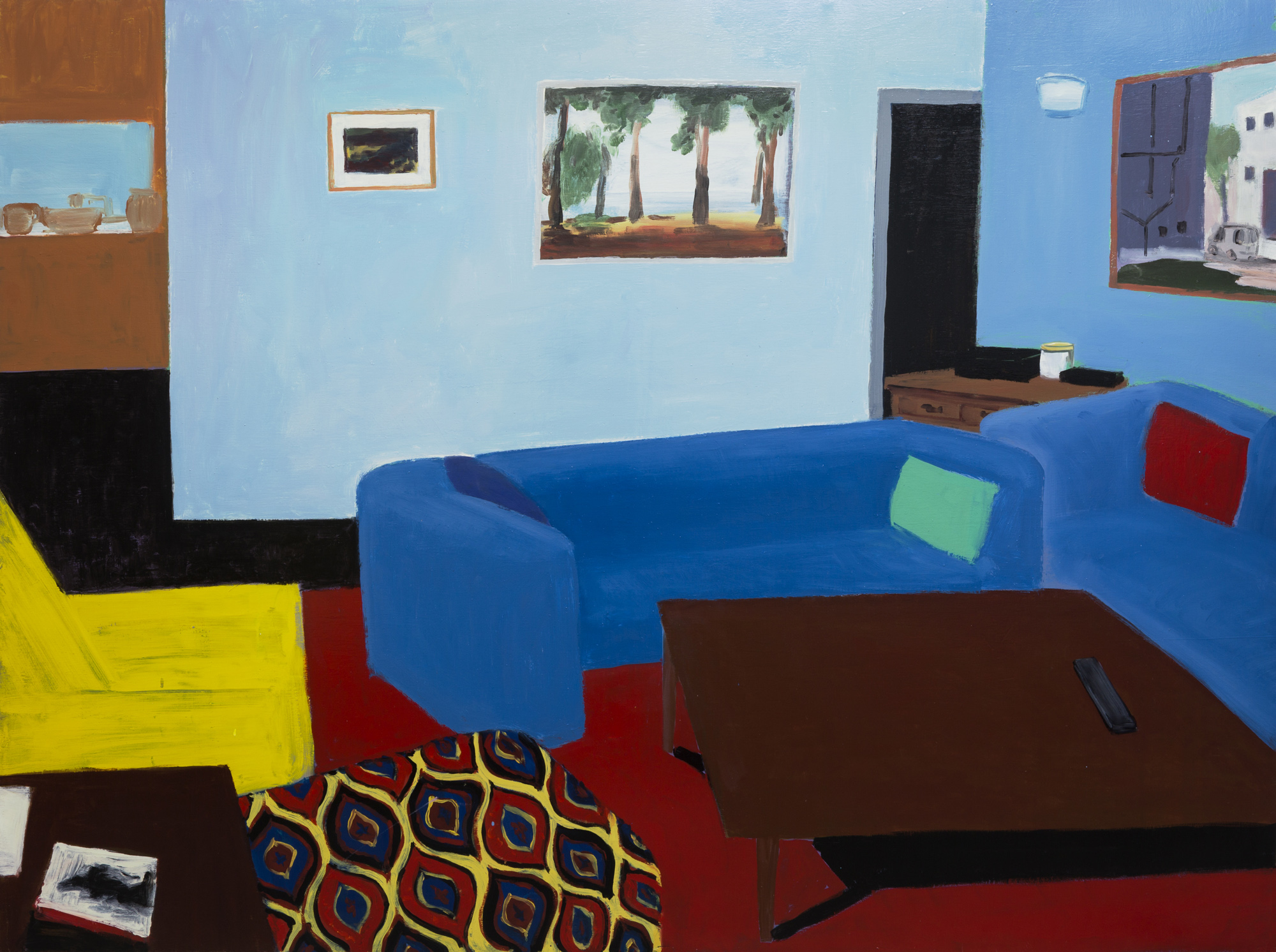