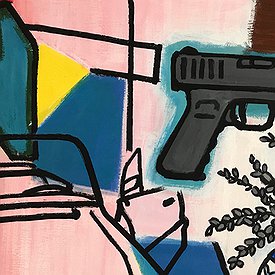 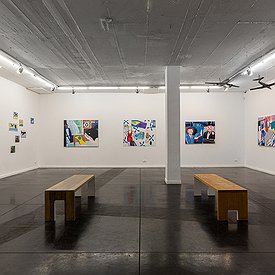 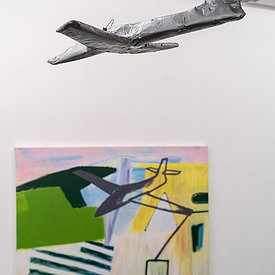 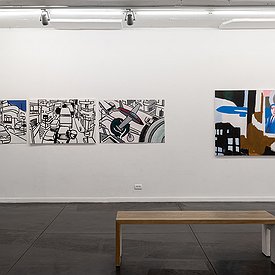 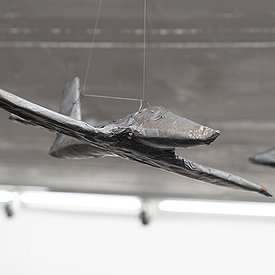 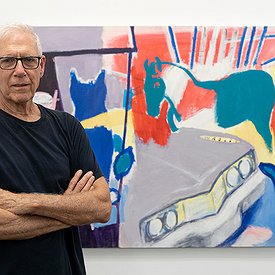 Thomas, Eran Wolkowski’s sixth exhibition at the gallery, features paintings on canvas and panels created over the course of the past year.

In the summer of 2019, the gallery presented Mirage, in which Wolkowsky exhibited a sequence of panels depicting passersby on the streets of Tel Aviv. The show had inspired in Wolkowsky a burst of renewed engagement with many of the motifs that  interested him over the years.

The exhibition begins with a series of street views, depicted in a black line devoid of color, like in a comic strip. The passersby who have once filled the frames clear the space in favor of countour lines of buidings and passing planes and buses. The paintings are no longer an informative document of a moment captured on camera, but rather the result of impressions recorded at the end of the day as sketches in a notebook, to be transferred onto canvas or wood the following day.

The exhibition may be viewed as a retrospective, but rather than presenting a series of works formed throughout the artist’s life, Wolkowski’s many bodies of work and his memories collide. The journey inward and into the past took place entirely during the last year, having been ignited by a stream of objects, words, concepts, and colors that had inadvertently invaded the artist’s immediate surroundings in the studio, or perhaps by the artistic gesture.

The handgun painted in the first act, which hovers over a vase with grey leaves and an opened car door, fires the opening shot of freedom that shatters the painting, scattering the pieces over a timeline. The local and the contemporary alternate with the mythical and the cinematic, and everything is unfolded as an inventory. The street, the room, and the field fill with heroes and objects of worship, both personal and universal. The city folks march alongside bellboys and train conductors in their work uniforms, derived from the frames of the animated series Thomas & Friends, or inspired by the performative character Felix Krull from Thomas Mann’s Confessions of Felix Krull (1955). The painter’s fascination with the power of the airplane, the automobile, and the horse drives the fusion of inside and outside and line and color, and determines the movement within the exhibition space. Wolkowski’s commitment to the notion of the beautiful painting, which has characterized his works in the past, flickers through occasionally, but it, too, dissolves into the refraction of images on the flat canvas.

Eran Wolkowski (b. 1947) lives and works in Tel Aviv. He is a graduate of the department of Visual Communications at Bezalel Academy of Arts and Design. Wolkowski has had solo exhibitions in various venues, including the Mary Fausi Gallery and RawArt Gallery in Tel Aviv, Gimel Gallery in Jerusalem, Artists’ House in Tel Aviv and Jerusalem, Mabat Gallery in Toronto, and the Mishkan Museum of Art at Ein Harod. His works have been featured in group exhibitions in venues such as the Museum of Israeli Art in Ramat Gan, Bar David Museum in Baram, Internation Art EXPO in Washington DC, and Radius Gallery in Tel Aviv. Alongside his artistic practice, Wolkowski is a graphic designer and illustrator for Haaretz newspaper. 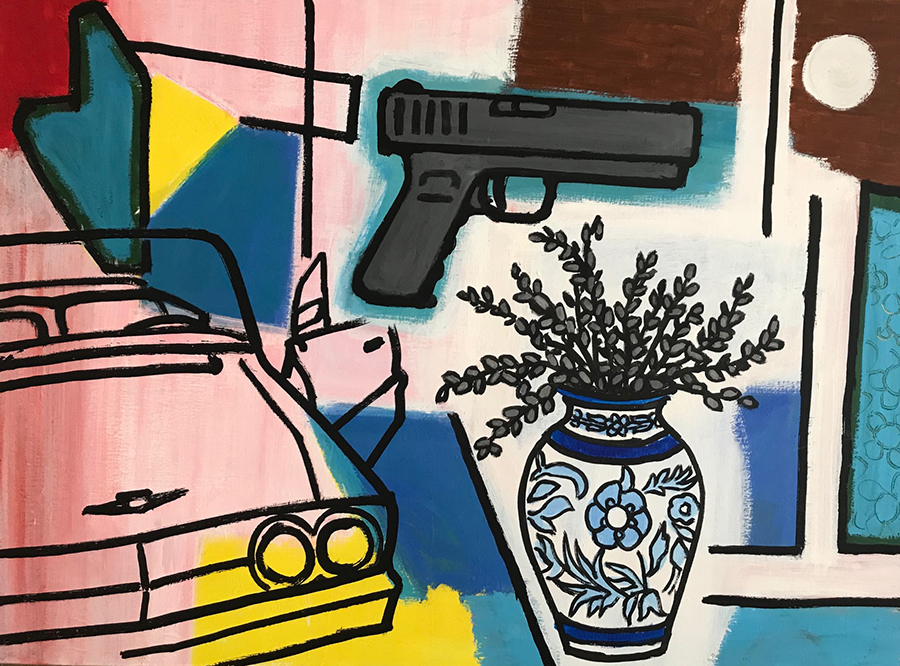 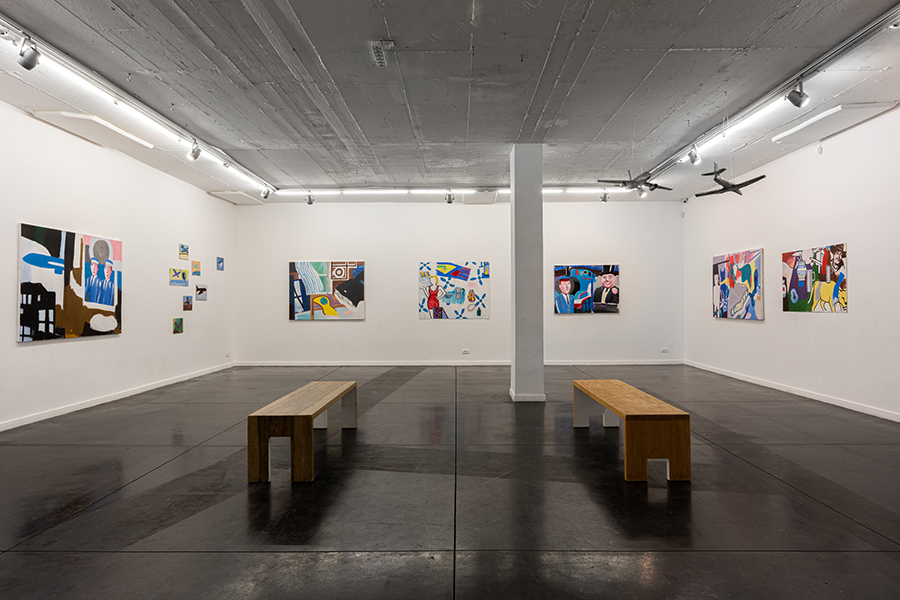 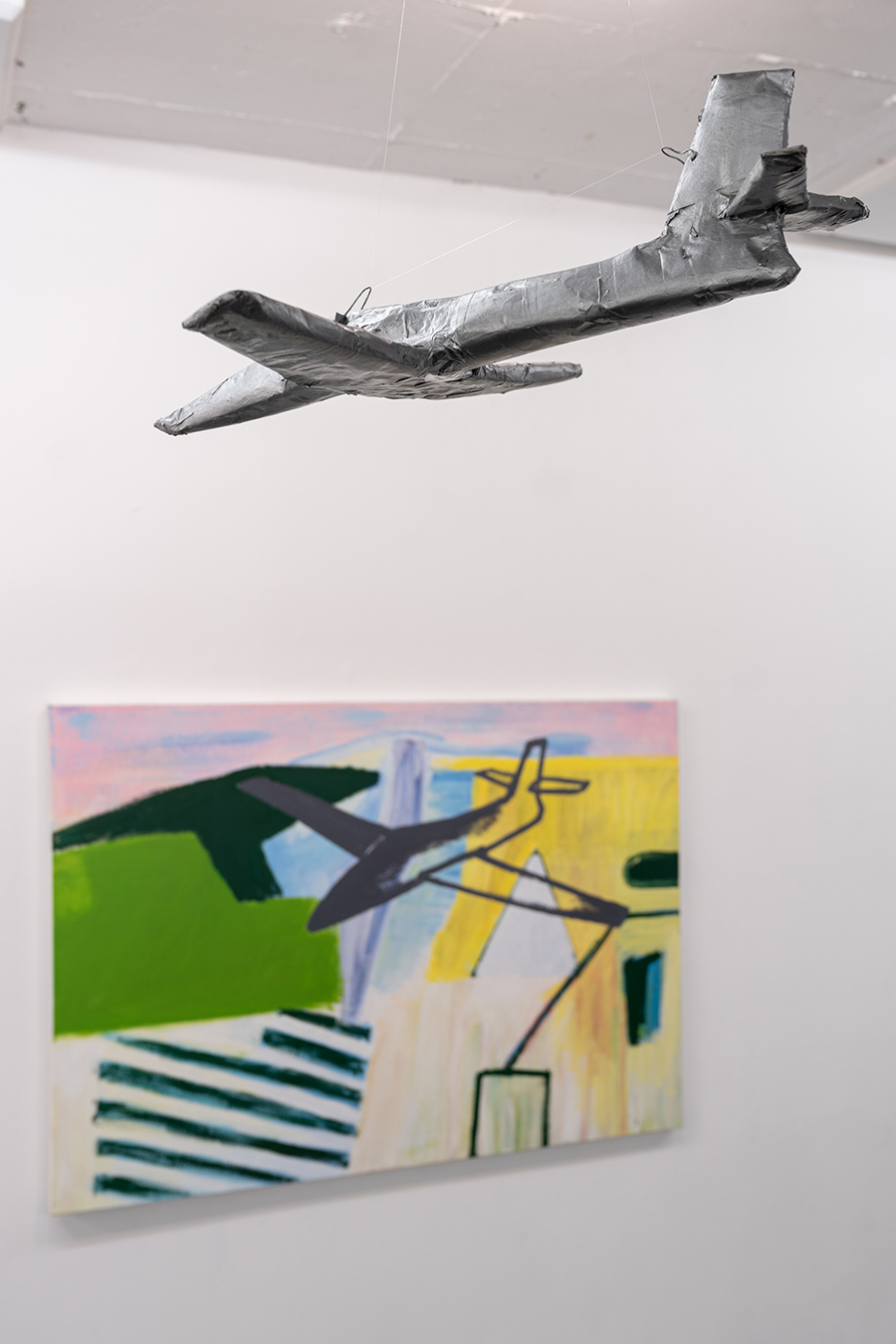 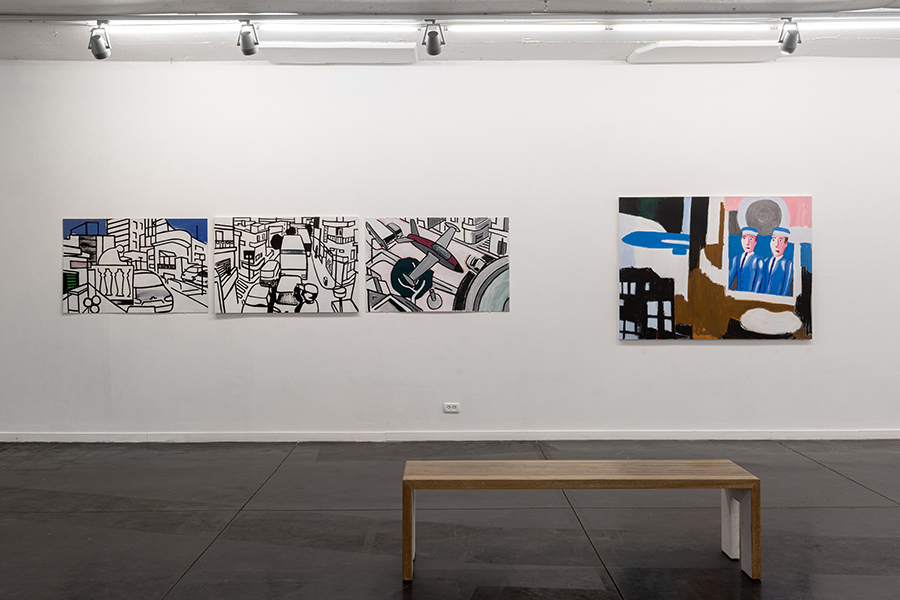 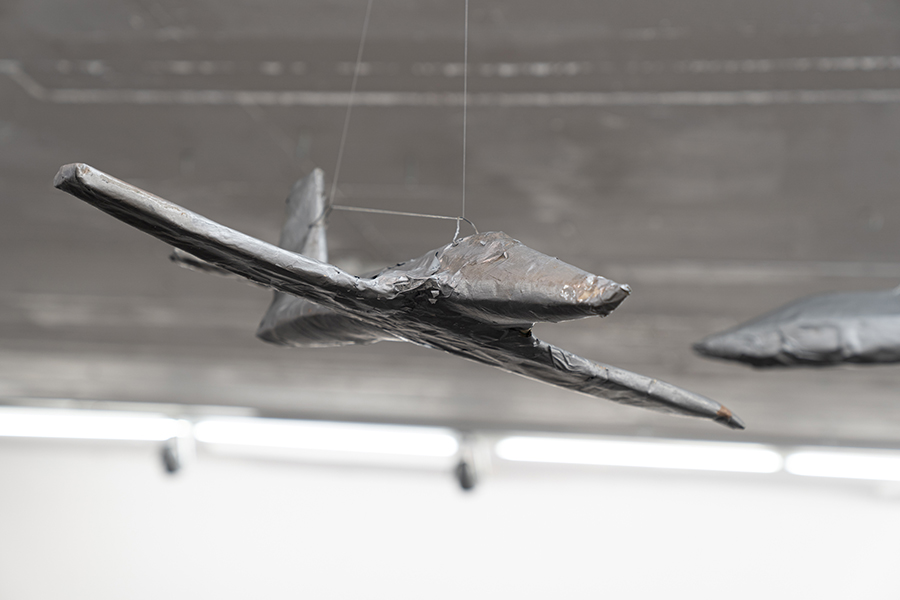 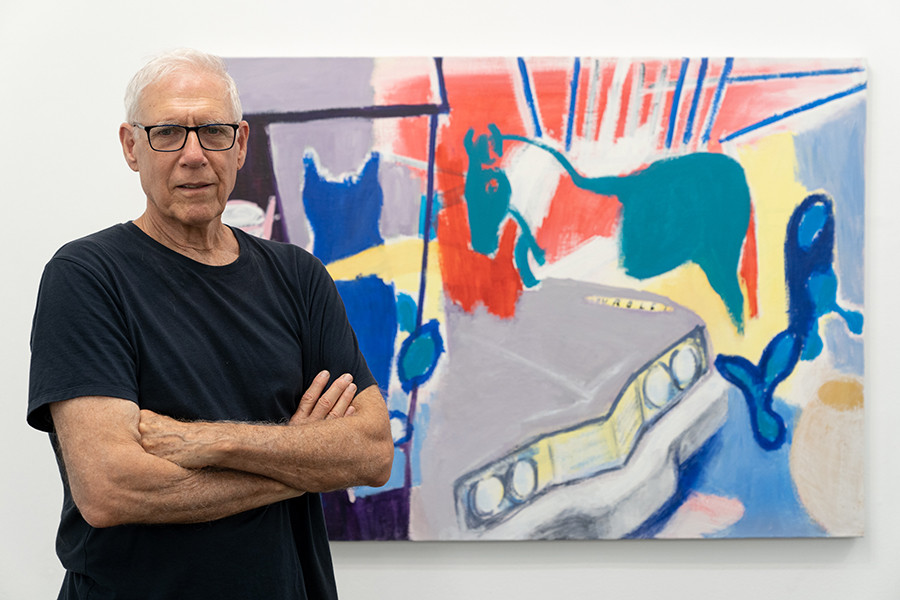