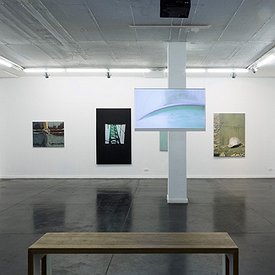 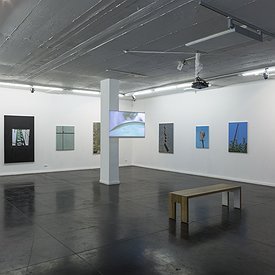 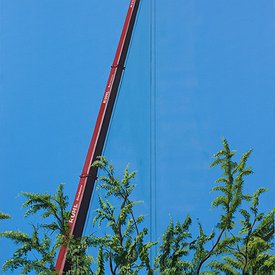 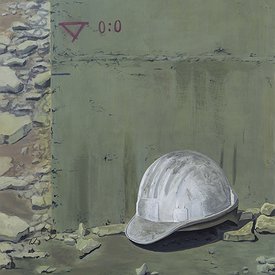 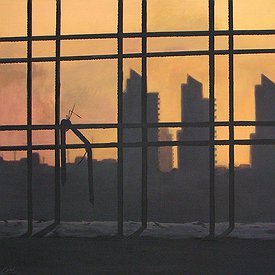 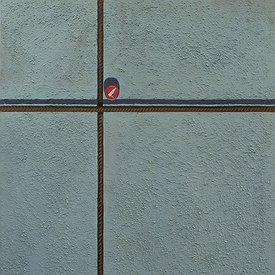 Fahed Halabi | One More Round

'One More Round' is Fahed Halabi's first solo show at RawArt Gallery, and it takes place 6 years after the artist's last solo show in Israel. This exhibition contains paintings and video works that predominantly revolve around the theme of the construction site. Functioning in a way that differs from conventional representations of this motif within the history of art created in Israel, the construction site in Halabi's works is revealed as a dead-end political absurd.

"How Much is a Construction Worker's Life Worth?: 6000 NIS and a Few Months of Community Service" cries a headline of an article in 'Haaretz' newspaper which deals, once more, with the tragic and disregarded deaths of construction workers, many times a result of a long fall off a crane or a scaffolding. The construction site is an arena in which the inhumane sides of capitalism and ideology meet. In recent years, both in Israel and around the world, it became an emblem of social and economic polarization characterizing contemporary society, revealing the crimes behind this polarization at their utmost glory. As such, it also became a site around which social and cultural protests could revolve.

For many years now, Halabi has been looking into the forms and structures of the construction site, as well as into the social relations that it forges. He depicts its machines and materials using realistic and formalist strategies, extracting these elements from a specific place, isolating them and placing them in an aesthetic territory which contains pop, hyper and symbolist coordinates, without easily falling into either stylistic category. In Halabi's works, grids of floor tiles and sky-crossing cranes trace the outlines of the construction site as if it was the world in its entirety, while generating a second political absurd, in which the action of painting follows that of the construction worker's.

Fahed Halabi writes about this series of works: "It is an attempt to confront the aesthetic dimensions of a place which seems to be lacking any sense of aesthetics; an attempt to discuss class and socio-economical political conditions, in the context of the power relations that make up contemporary work. These power relations are economically allied to the reality of a colonial state. One cannot ignore the uneven relationships these structures form, which could be compared to a master-slave relations, even though they fit so nicely into contemporary market rules … The method of painting I apply in this series not only lacks the excitement of expressionistic gestures, but it also excludes the human factor – a basic stimulator of emotional identification. It's as if these paintings are fragments that exist independently and separately from the person that created them, and that have the power to represent themselves. To conclude, I was trying to create a parallel between the value of work in two different fields: art, and construction work. 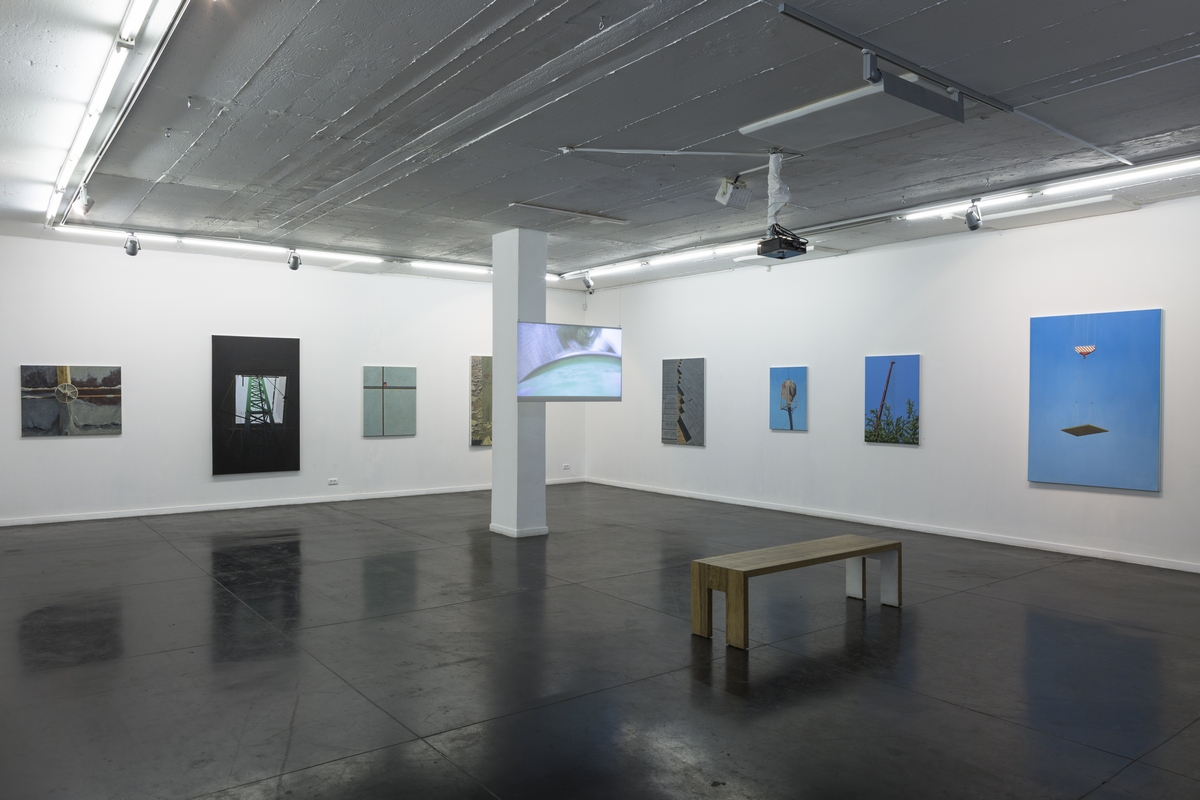 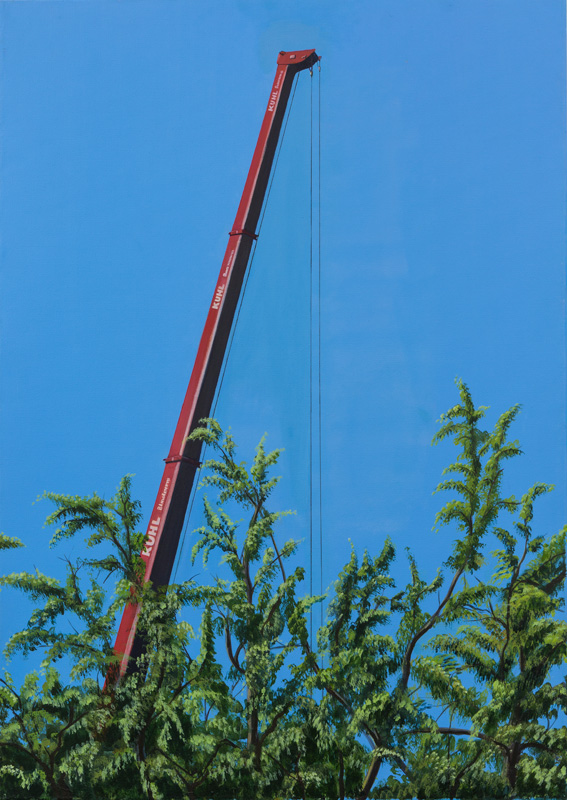 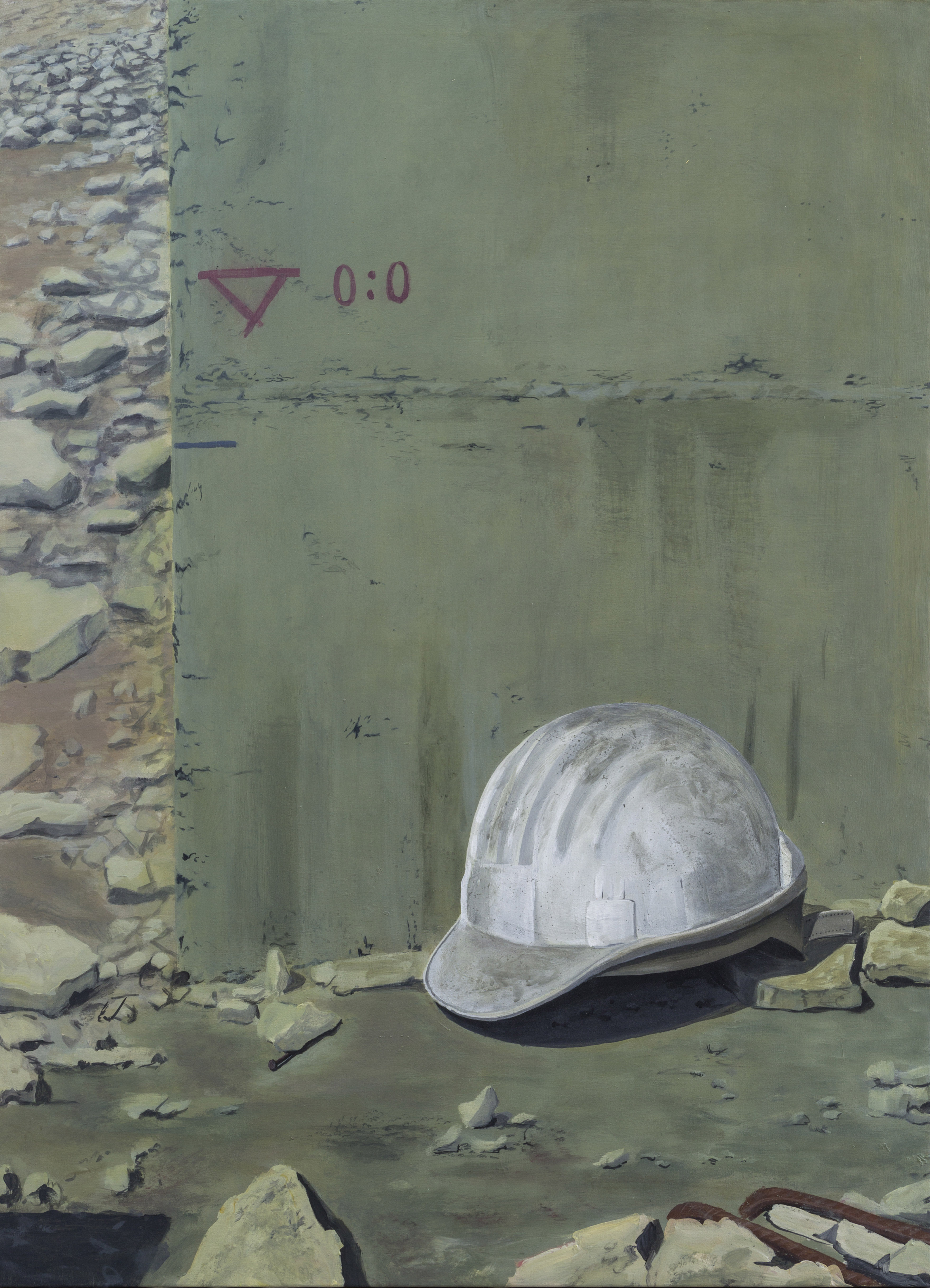 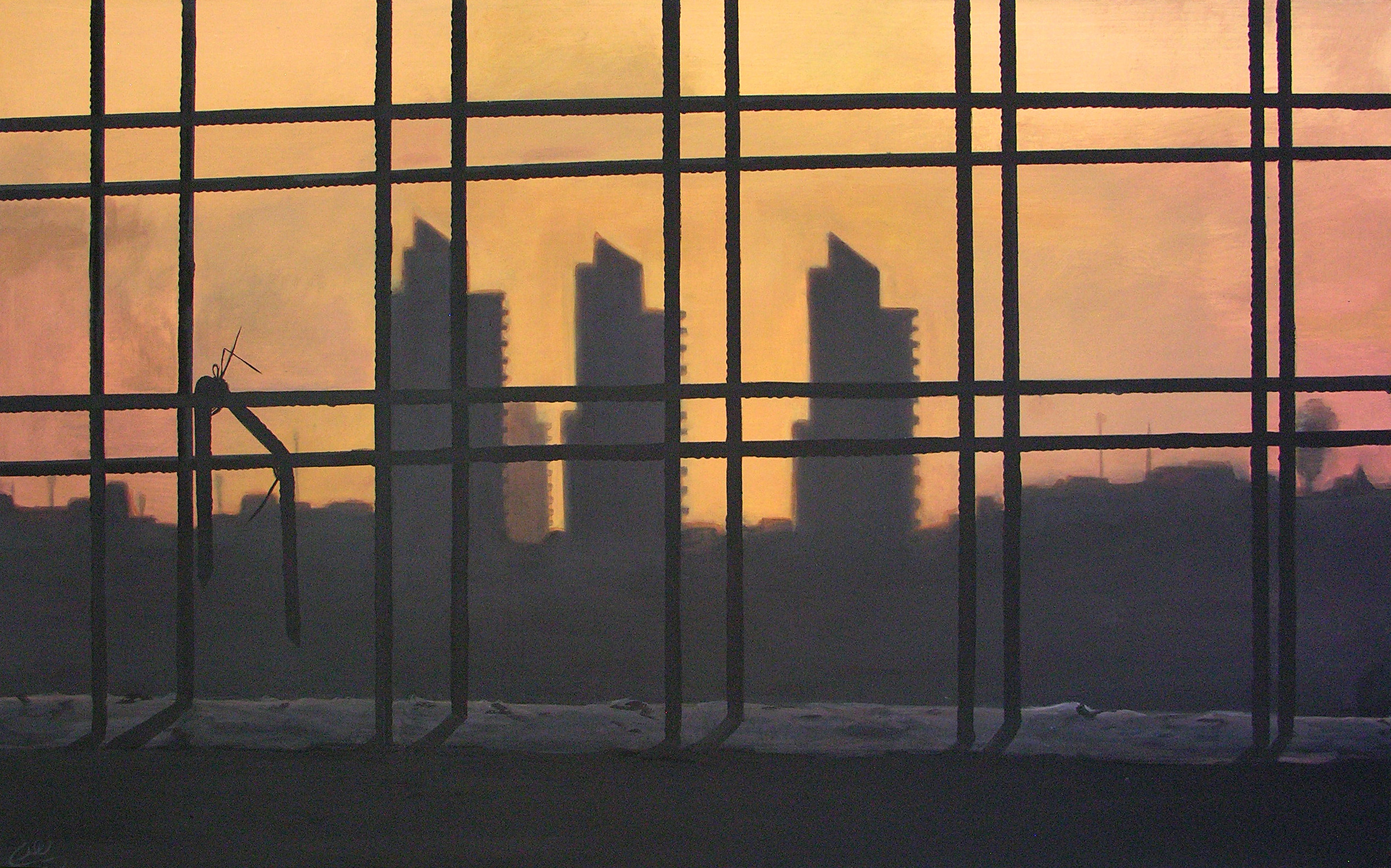 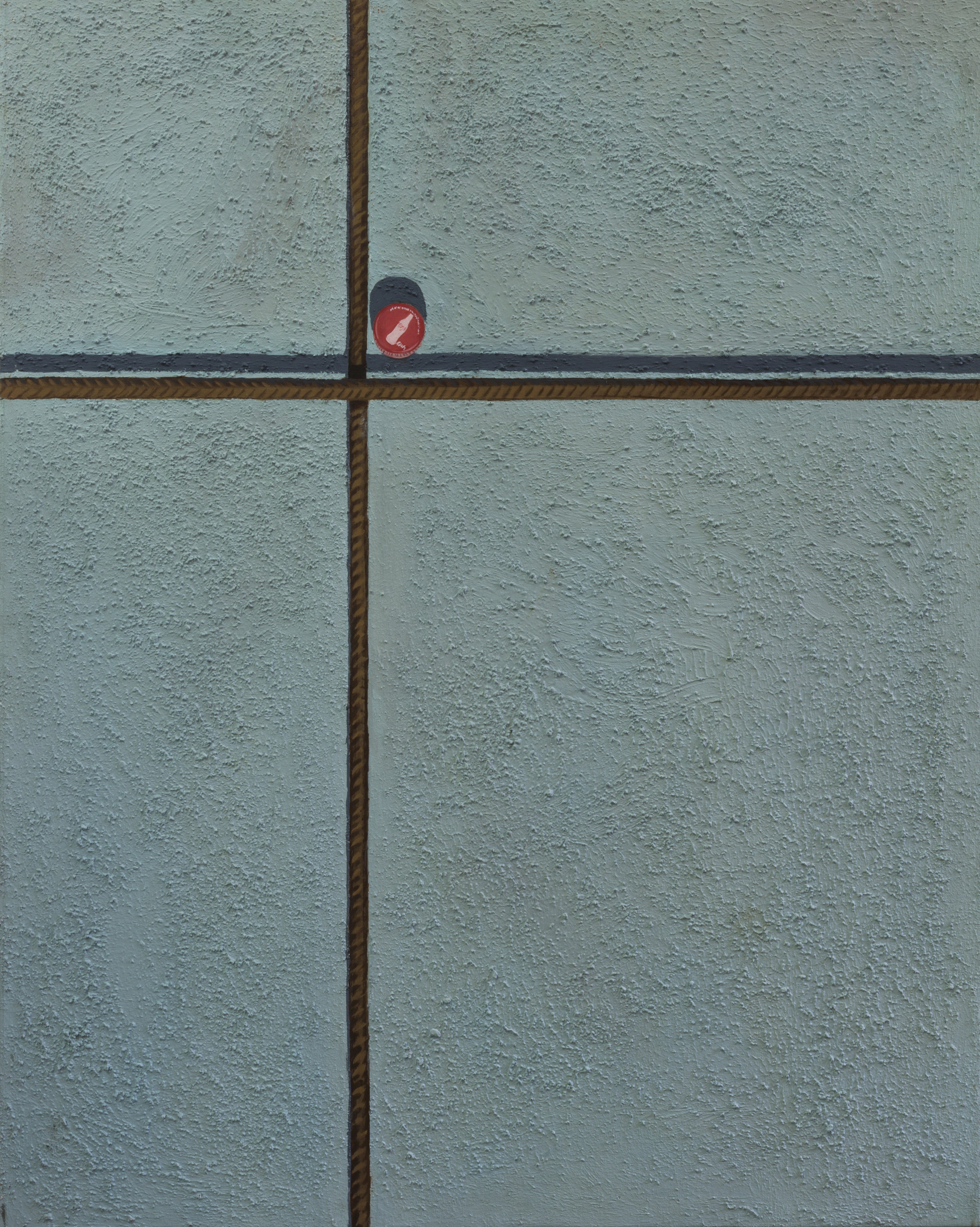