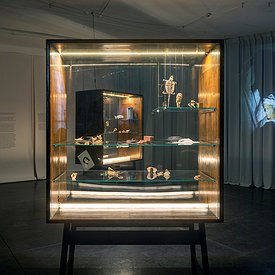 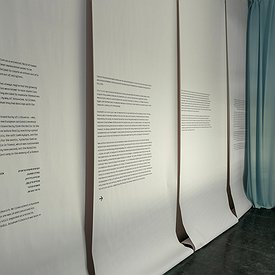 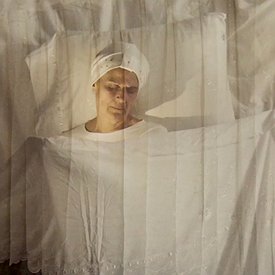 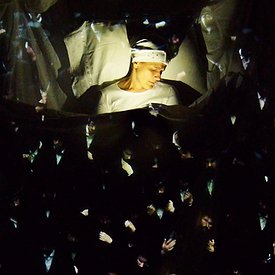 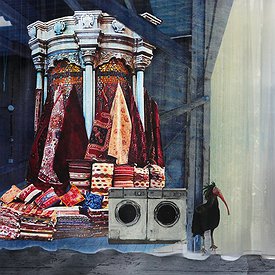 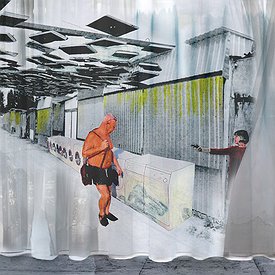 Goda Palekaitė’s first solo show in Israel is organized by Gallery in Tel Aviv in collaboration with Art Cube Artists' Studios in Jerusalem. The exhibition, in both of its locations, originates from the artist’s long-term research into the history and mythology of the Khazars, a mysterious medieval culture that once existed between the Caspian and the Black Seas. This ongoing research included a trip to the Caucasus area, as well as a recent visit to Jerusalem and Tel Aviv, during which the artist met with researchers, historians and legal experts. Inspired by Milorad Pavić's novel Dictionary of The Khazars (1984), which portrays the Khazars as a nation of “dreamhunters,” Palekaitė’s research explores the distinct local meanings of the subject and its historical and contemporary manifestations. In this framework, the two cities of Jerusalem and Tel Aviv function, both physically and metaphorically, as two focal points, and the final project includes several collaborations with local video and sound artists.

In the exhibition at RawArt Gallery, Palekaitė presents sculptures, installations, video, sound works and performance, accompanied by ethnographical objects and documents. The opening event will include a performance by Tel Aviv-based musician Amir Gwirtzman. In the event at Art Cube Artists’ Studios, the artist will present a new video work centered on Jerusalem's ultra-orthodox community, created in collaboration with Jerusalem-based artist Elinora Schwartz. It will also feature a series of short talks conceived and executed with curator Monika Lipšic, a long time collaborator in the project.

"Legal Implications of a Dream" follows the apocalyptic extinction of the Khazars, who lived by the rules of pagan wisdom and spiritual practice and were perhaps the most tolerant empire of all times. In more recent discourses, on a path full of inventions, forgeries, rumors and legends, their legacy was transformed into an exceedingly misused and speculative subject by diverse politically and religiously invested scholars. A famous Khazar controversy questions which religion the Khazars adopted, with some versions claiming it was Judaism or Karaite Judaism - making it, presumably, one of the only Jewish kingdoms in history. In the local context of the Israeli Zionist project, the Khazars’ case might be used to proof or disproof an ancient Jewish national presence in the area, following controversial claims such as that they were the ancient ancestors of Ashkenazi Jews, or different contemporary and historical interpretations of Yehuda HaLevi's Book of the Kuzari.

In any case, the Khazar’s possible religious conversion followed their ruler’s dream, of which he seeked interpretation. Goda Palekaitė’s performative exhibition follows the path of the potential political power or agency of dreams. Palekaitė is interested in the role of collective imagination, in processes of legitimation of state and religious powers, and in the mechanisms used to construct and destroy history. She applies speculation and forgery as her central methods, creating a shared space for dream life and factual information.

The exhibition is supported by the Lithuanian Culture Institute, the Lithuanian Council for Culture, the Ministry of Culture of the Republic of Lithuania, and Outset Bialik Residency.

Goda Palekaitė (b. 1987 in Vilnius) lives and work in Vilnius and Brussels. She is a BFA graduate of the Vilnius Academy of Arts and holds an MA in Social and Cultural Anthropology from the University of Vienna.

Her most recent works include the performance “Bakunin” which premiered in 2018 Venice Architecture Biennial, and the installation “Advertising Anarchism.” displayed at the Contemporary Art Center, Vilnius. At the moment, she is participating in a research program at a.pass, an artistic research institute in Brussels. She had twice garnered nominations for Lithuania’s Golden Stage Cross Award.

Monika Lipšic is a curator and researcher based in Vilnius and Berlin. In 2012–2016 Monika worked as a curator at the Contemporary Art Centre (CAC), Vilnius. For the past few years she curated and produced exhibitions and performance art in European organizations (Nomas Foundation, Rome; Kunstverein, Amsterdam; STUK, Leuven and others). In 2017 she curated a solo show by Slavs and Tatars (CAC, Vilnius) and a group show ‘The Future Is Certain; It’s the Past Which Is Unpredictable’ at Calvert22 Foundation, London, that later expanded and traveled to Blaffer Art Museum Houston (2018). Recently she was nominated CEC Artslink award and was in a residency at CCA Wattis, San Francisco. Currently interested in the writing and re-writing of history and representation of absurdity

Elinora Schwartz is a multi-disciplinary artist. Belonging to the Jewish Ultra-Orthodox community in Jerusalem, she was born in 1960 and currently lives and works in Jerusalem. She studied dance and movement at Rubin Academy, and currently attending the photography program in Musrara Art School in Jerusalem. Schwartz’s works in video and other media deal with autobiographical experiences that critically relate to issues of gender, hierarchy, power relations, body, identity, and archive.

Amir Gwirtzman is Jazz/World music artist based in Tel Aviv, who had mastered reed and woodwind instruments from around the globe. He has performed all over the world both as a solo performer and as a member of Esta band, and released his second solo album, Babel – Gumbo (Inhale-Exhale II), in May 2017. 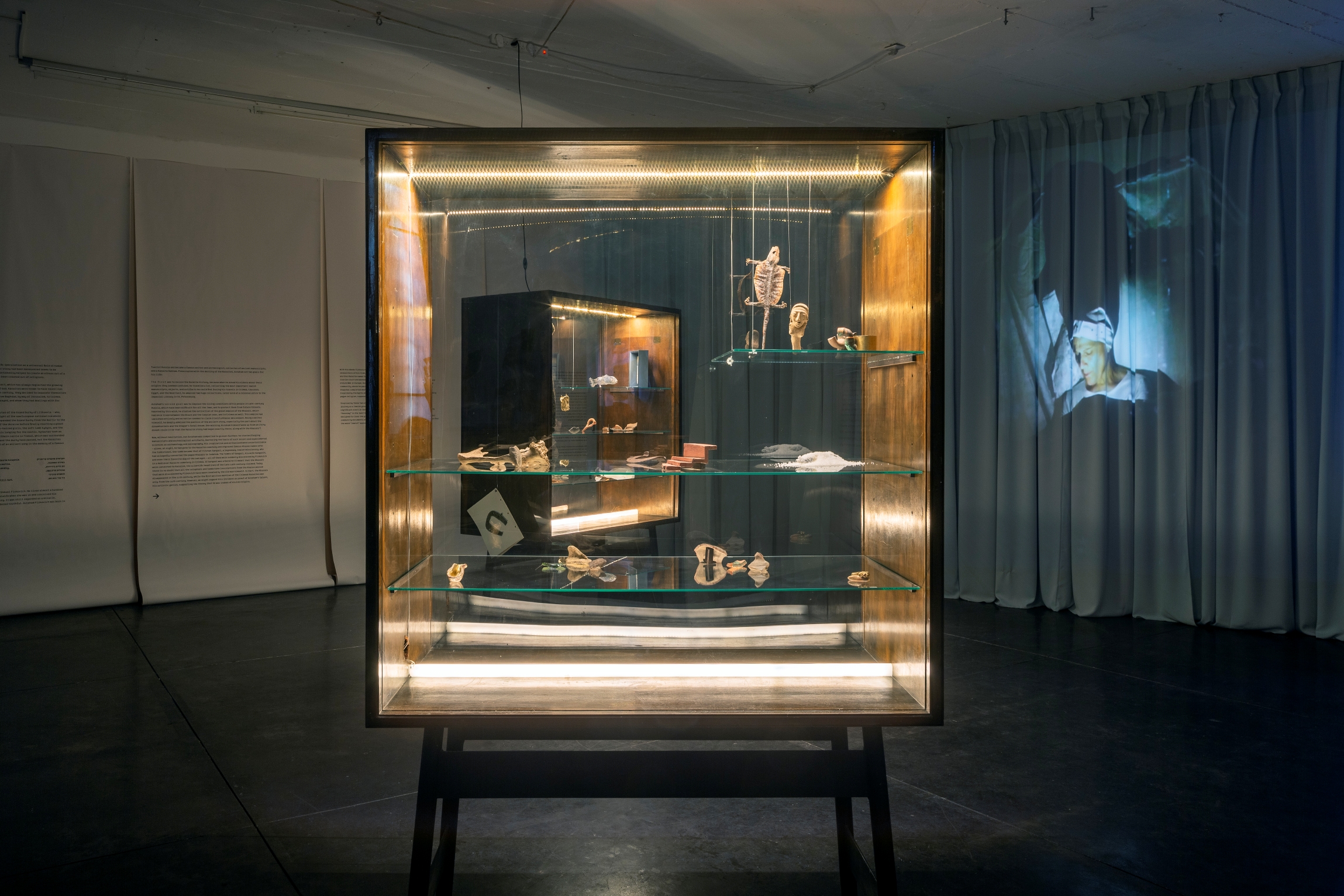 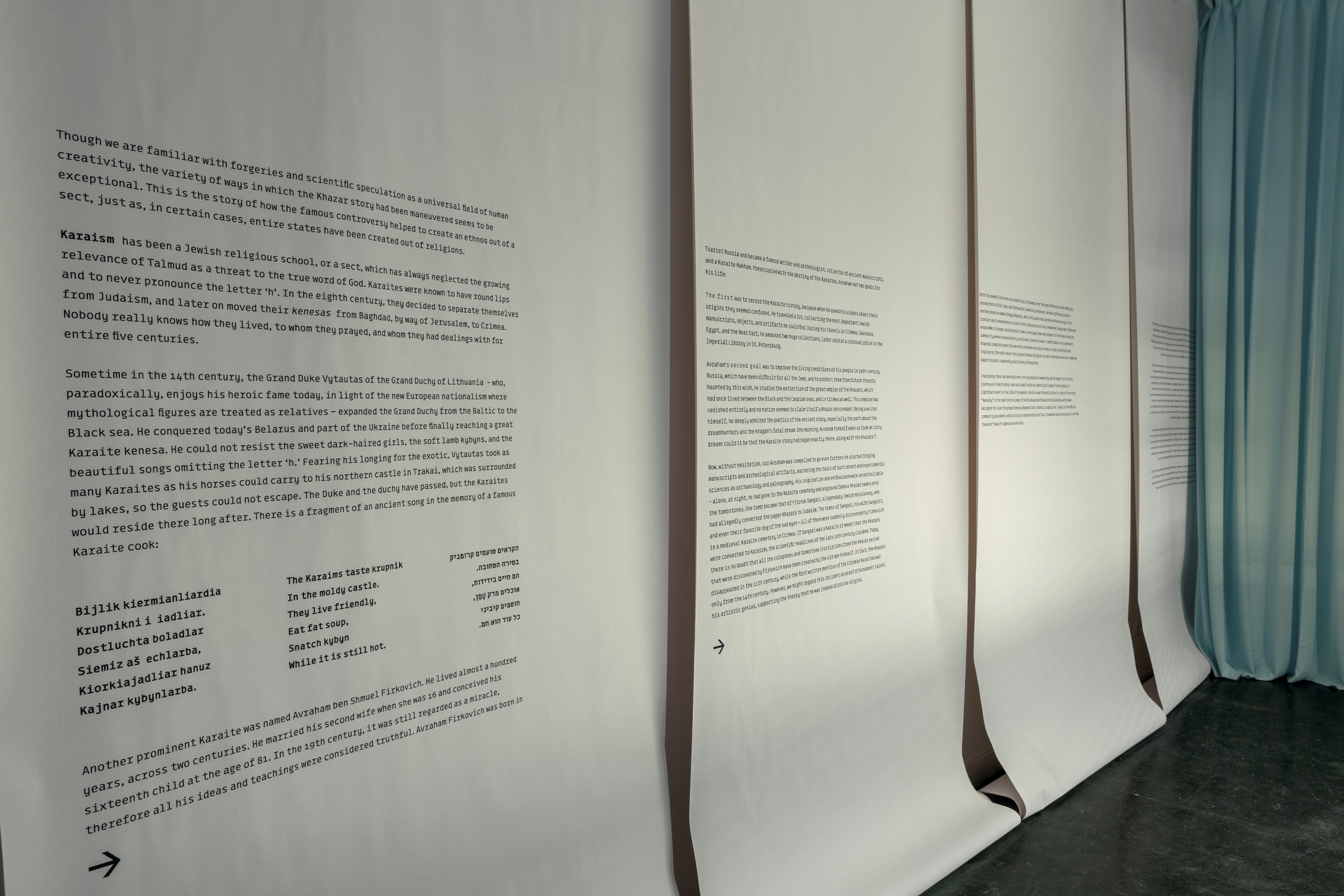 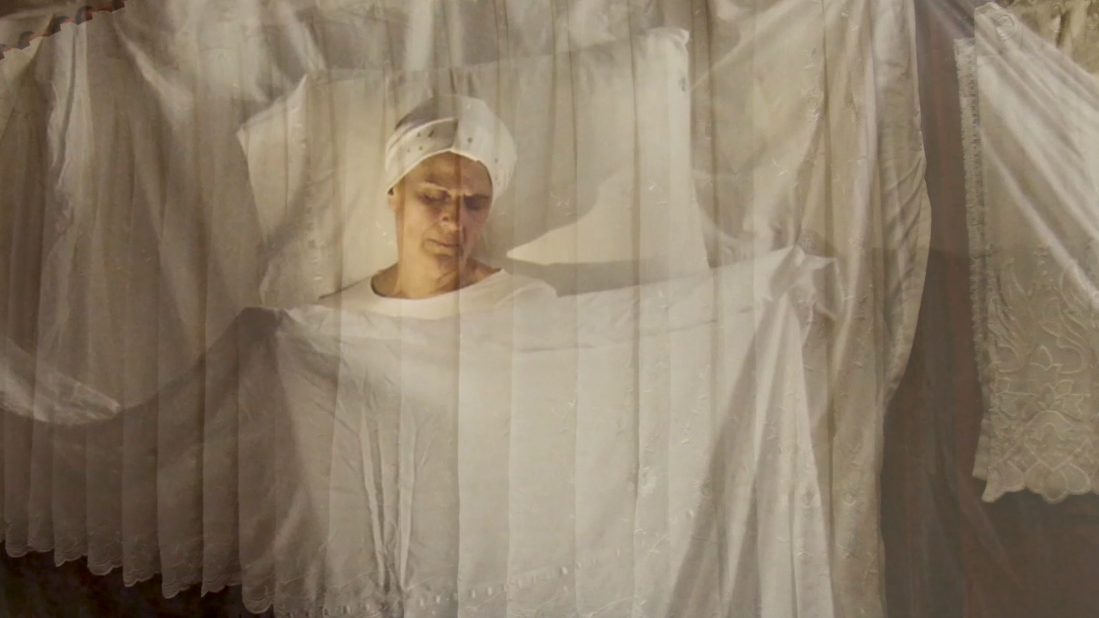 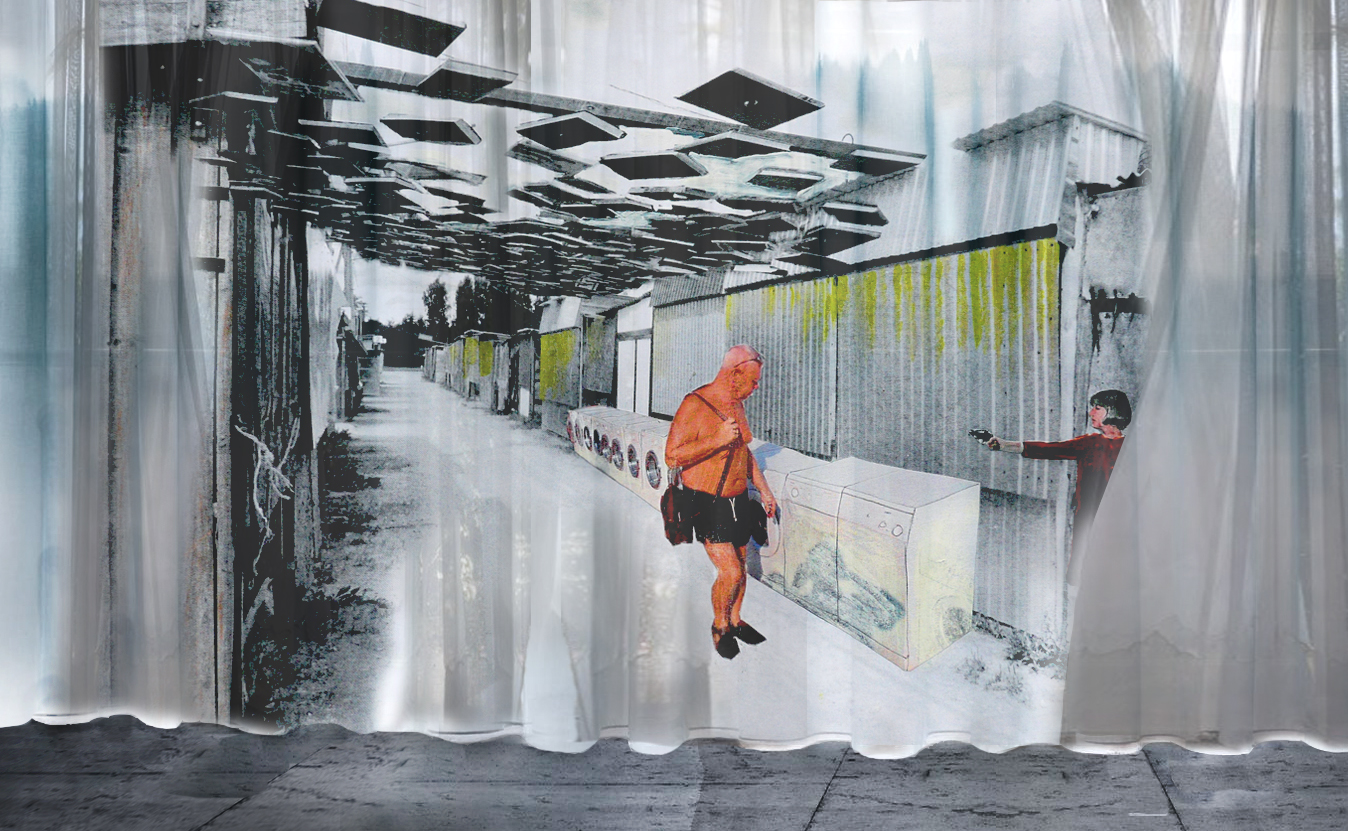