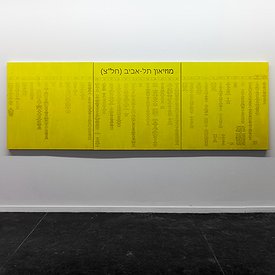 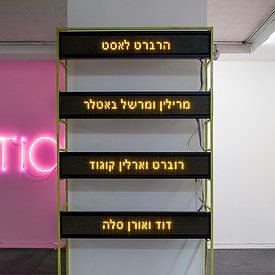 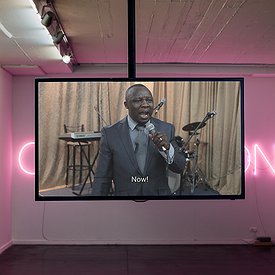 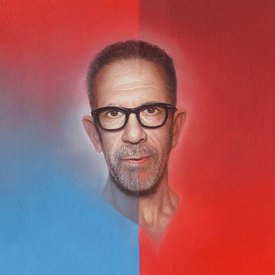 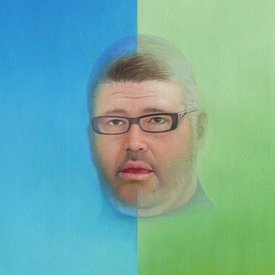 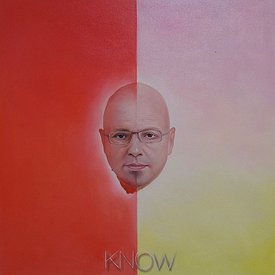 This exhibition details the effects of the market on the creative process- whether in regards to the economics of the art world, the personal interest of patrons or the social circumstances which this economy creates.
Two lists are presented in the show. One scrolls 'The Tel Aviv Museum of Art' donor list on four digital LED screens, an adaptation of the original list found in the main entrance hall of the museum prior to the ticket check counter. Kalter defines this list as the most important work in the museum, as it is accessible to all viewers for free and contains information that reflects on each of the other displays in the museum. However few people notice it- most overlook it without a second thought of the matter. Accordingly, compared to the dry, uninviting form of the original list, the one in the show is unmistakably visible.

The second list is presented as a diagram, laying out the social and business network of the members of the Tel Aviv Museum Board of Directors. As the supervising body, the board of directors is involved in selecting the managerial team of the museum, arranging the exhibition program and participating in the museum's prize committees. Kalter performed a research on these people, setting out to find what their line of business is, what their positions are, as well as their other philanthropic work and investments.

The information displayed in both works is completely accessible to the public and open to whomever wishes. Even so Kalter surfaced it, putting it central stage instead of it its usual backstage position. As if to say that if these are the people pulling the strings, why am I satisfied with only watching the show? There is another drama going on, and it is far more interesting and significant than the one I am requested to watch. Its influence reaches further than the success of many artists- it determines the type of art that artists make and that art venues display.

What's more, Kalter's diagram of the board of directors demonstrates how several of them own companies that are invested in properties and lands in south Tel Aviv. Their support of the arts overlaps their interests in promoting the gentrification in the area. Given that gentrification marks the entry of artists, galleries and fashionable venues into areas ridden with crime and poverty, as a factor in an urban renewal process planned to increase the value of real estate in the area. The exhibition puts the artist in control of the situation, fully aware of his position in the social system as the validating agent of land that turns urban wastelands into goldmines.

The common stereotype of artists categorizes them as impractical drifters that neither understand nor want to deal with money. This may derive from romantic idealism or bohemian, anti- bourgeois self definitions. Kalter recognizes that this is an easily exploited position and demands to reclaim his piece of the pie.
To do this, he petitioned to donate money to the Tel Aviv museum and join the esteemed listing, buy his place in the pantheon of the donor's wall. Additionally he seeks to reverse the roles by directing an objectifying gaze towards the patrons of the arts.

Though the top ranking individuals presented in the series of portraits usually enjoy a double dose of prestige- both as wealthy business moguls and as philanthropic do-gooders, they are portrayed in the exhibition as no more than gossip, as P.R.- exploited by the artist to boost the attention and hype around his show.

The relationship between the artist and art institution may be seen as a case study for a more general social phenomenon. It symbolizes the place of everyman against institutions. Accordingly the art work itself may be interpreted as a symbol of pleasure in everyman's life. All the things that the work of art represents- the intellect, the idea, the human spirit and thought- may be seen as the equivalent to the non-material needs of man: welfare, health, education, social rights, rest, joy. Needs that are neglected in a state that does not have public interest in mind, that is not run by true public servants rather by lobbyists of moguls and corrupt work committees.

Hence the video "Working Every Day of My Life", filmed in the church of Nigerian immigrants in south Tel Aviv, may read as a representation of the refuge one finds in the spirit, whether by believing in god or by the creative process. In that sense, if we were to compare this community of immigrants to the local art community, we can say that though this refuge may save us from the depths of despair and console us for our poor economic- political status; it may also leave us stuck in the same place. Since we continue to create with no financial profit- for the sense of fulfillment or for the meaning it gives to our life. And so we can keep being exploited, unpaid or under paid, with business deals made on our backs.

Kalter displays a contrary stratagem to this debilitated position. He refuses to be categorized, refuses to be passive, to be the thankful beneficiary. Instead, he chooses to take matters into his own hands and demands to regard the artistic career as a legitimate profession. One with purpose and value rather than a pass-time hobby for children, pensioners and people who refuse to grow up and get a "real job".

Without doubt there is risk of self destruction in this exhibition, that can put Kalter and everyone else concerned with it in danger of ostracism. However if Kalter is pointing his guns towards his prospective supporters, he's only doing what the system taught him to do. To survive you have to be aware of every ploy and every scheme, aware that if you don’t stand for your rights you will be exploited in every possible way.

His claim to examine the system, to dissect it in pieces and act from within is in sync with the current generation. Kalter may be seen as an artist of the Occupy generation of the 2011 protests, part of the collectively changed consciousness regarding the relationship between capital and government. This is an exhibition of one of the 99% standing against the 1%, surfacing the unwritten laws that construct the way of the world. 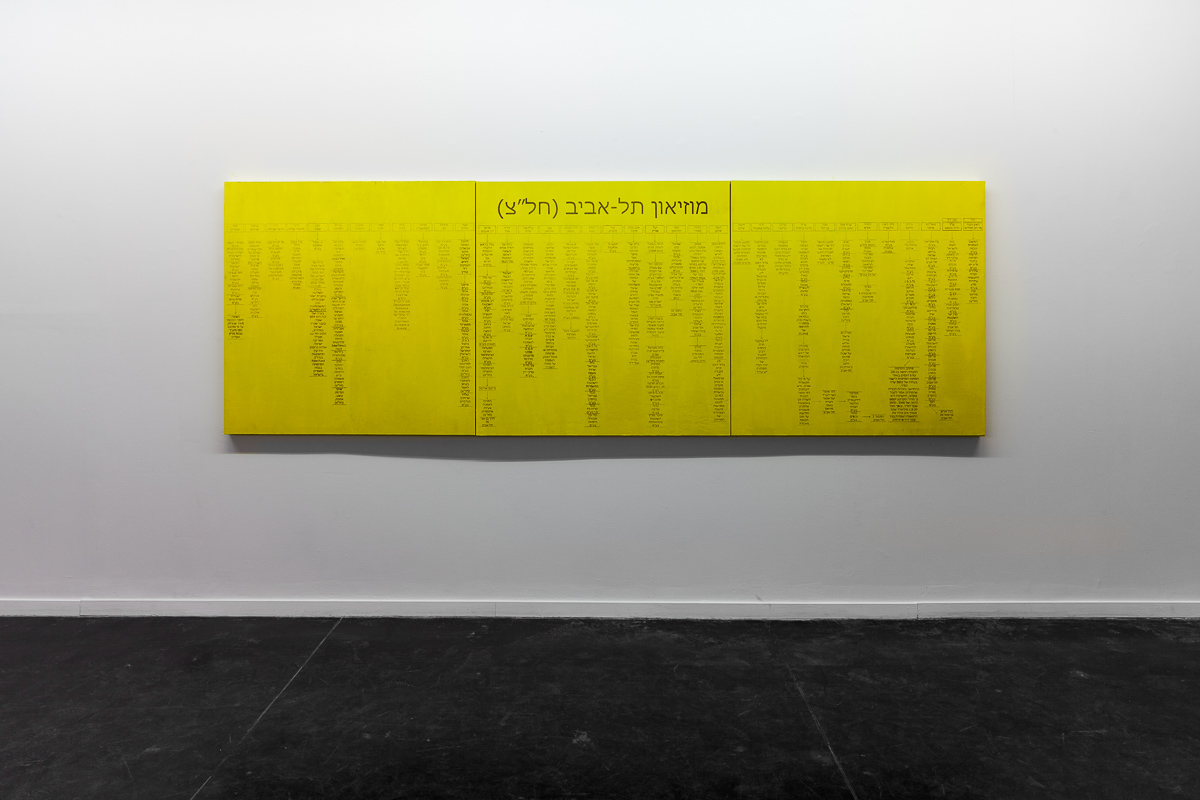 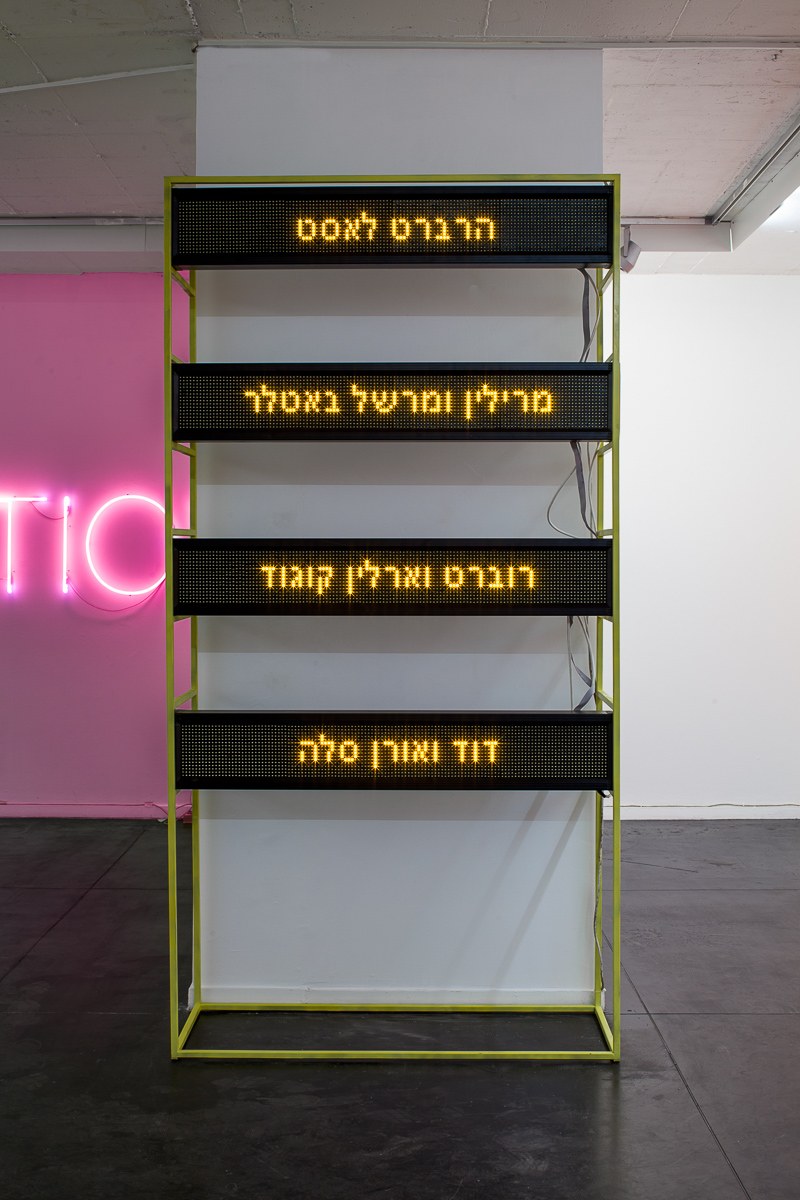 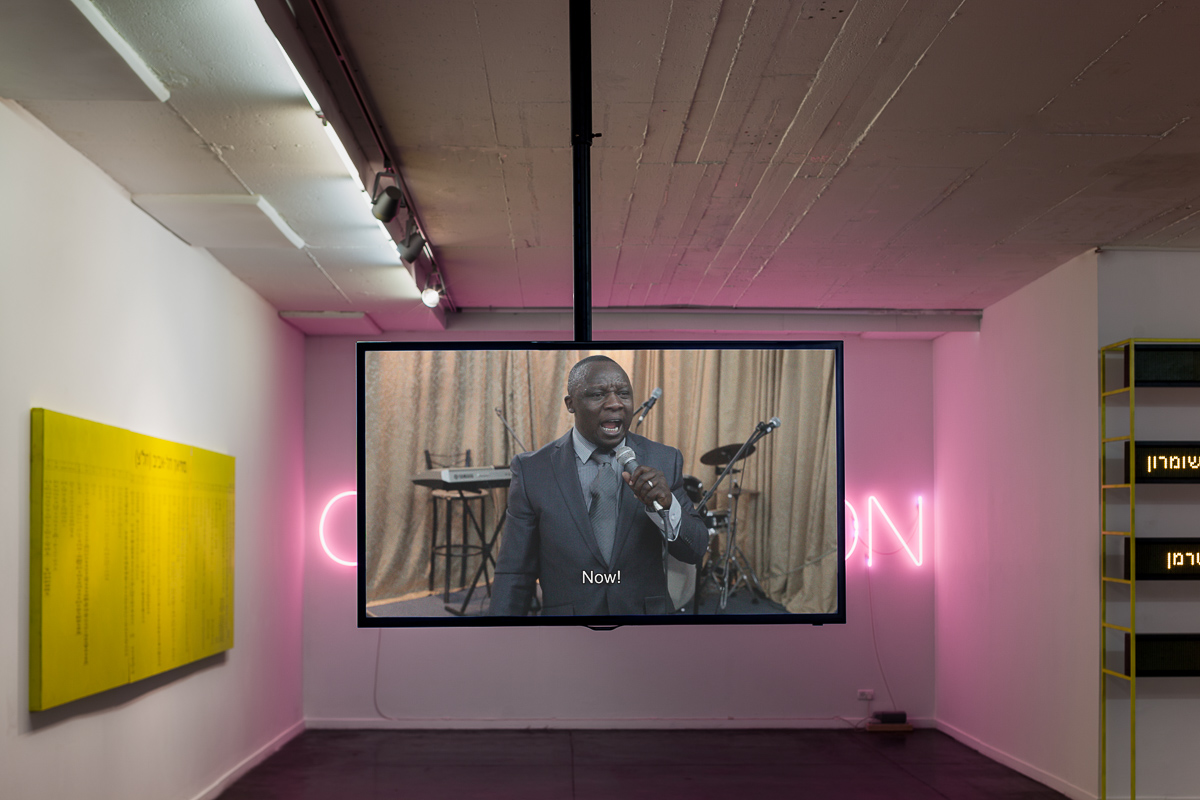 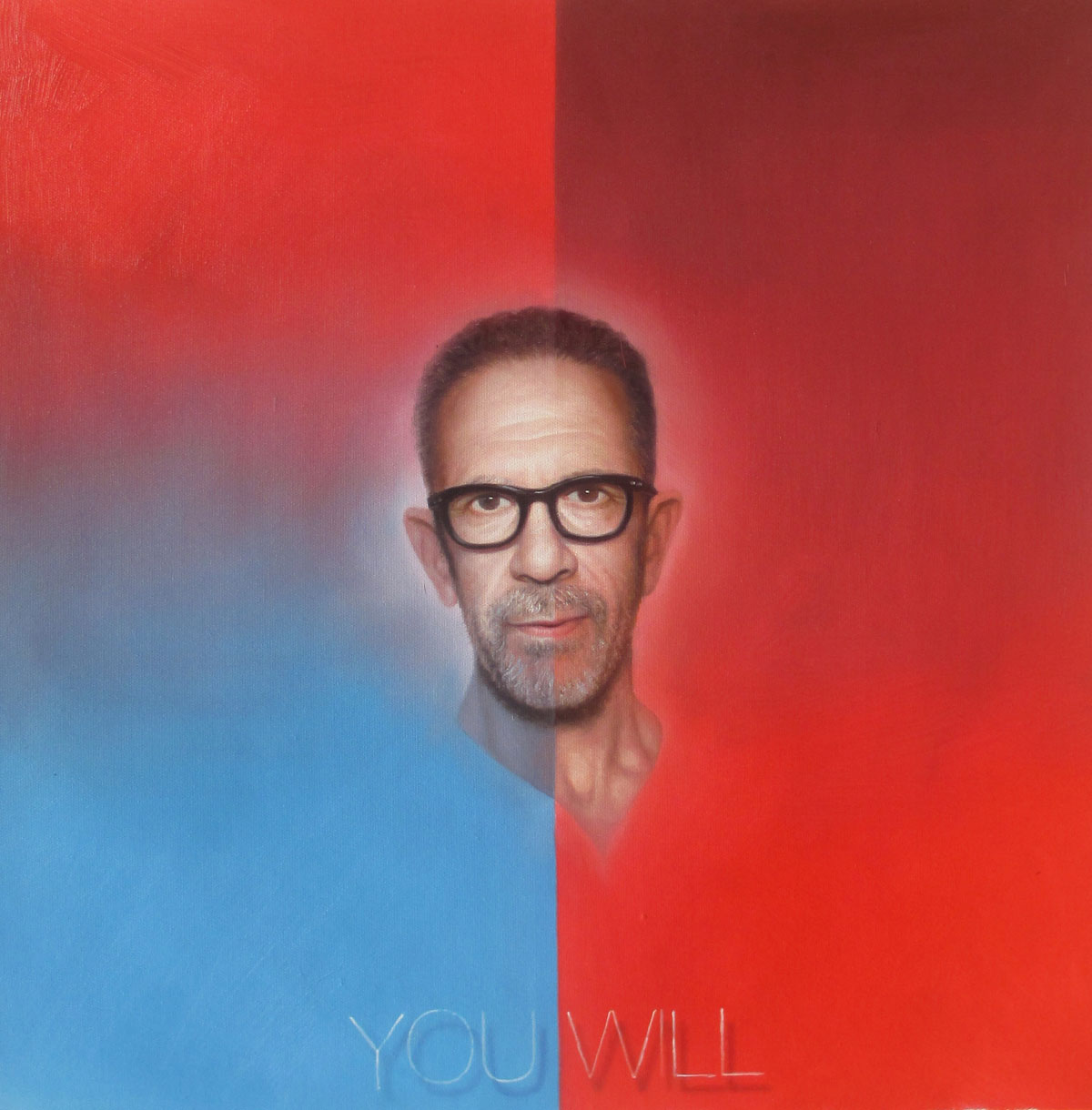 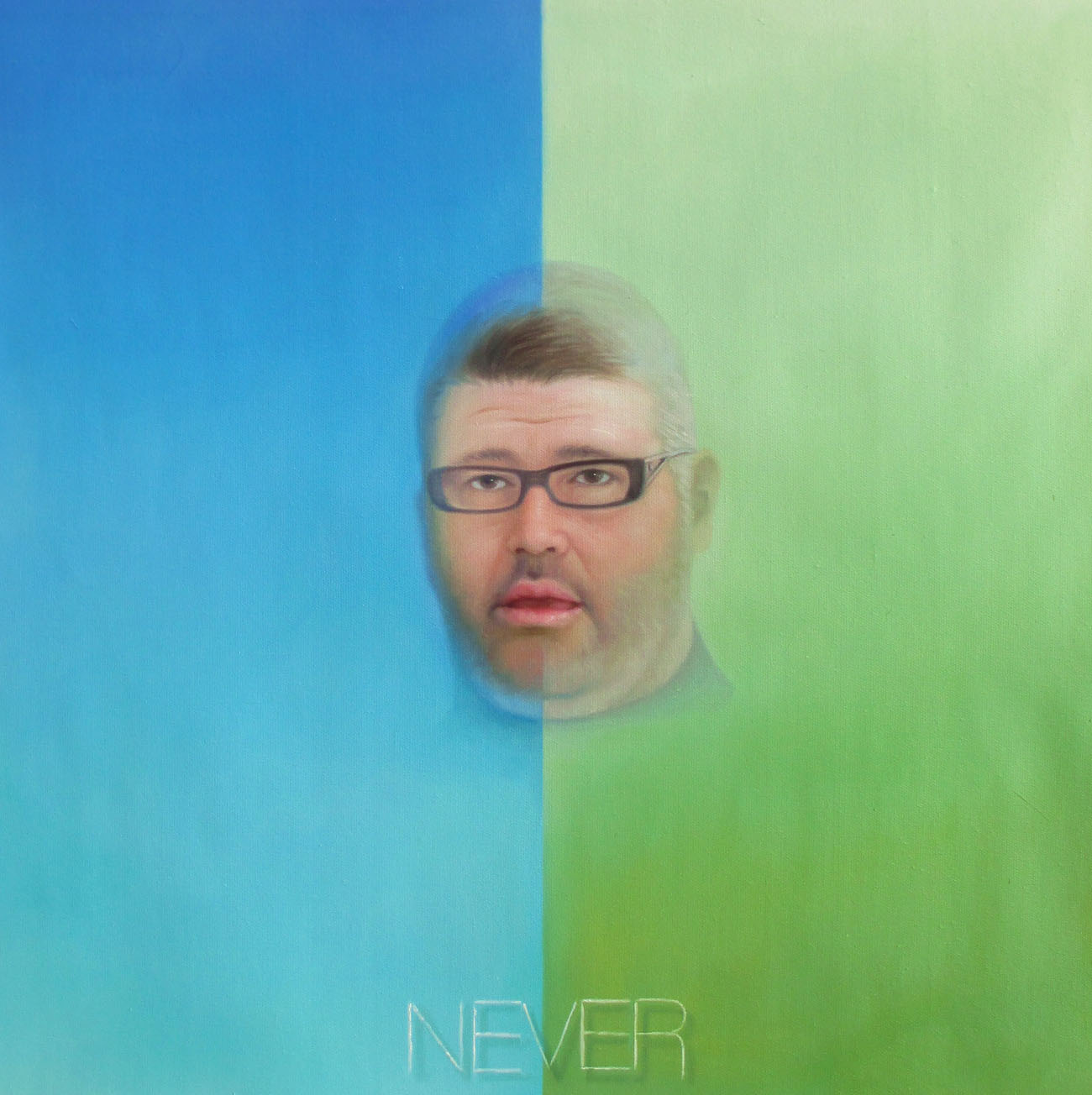 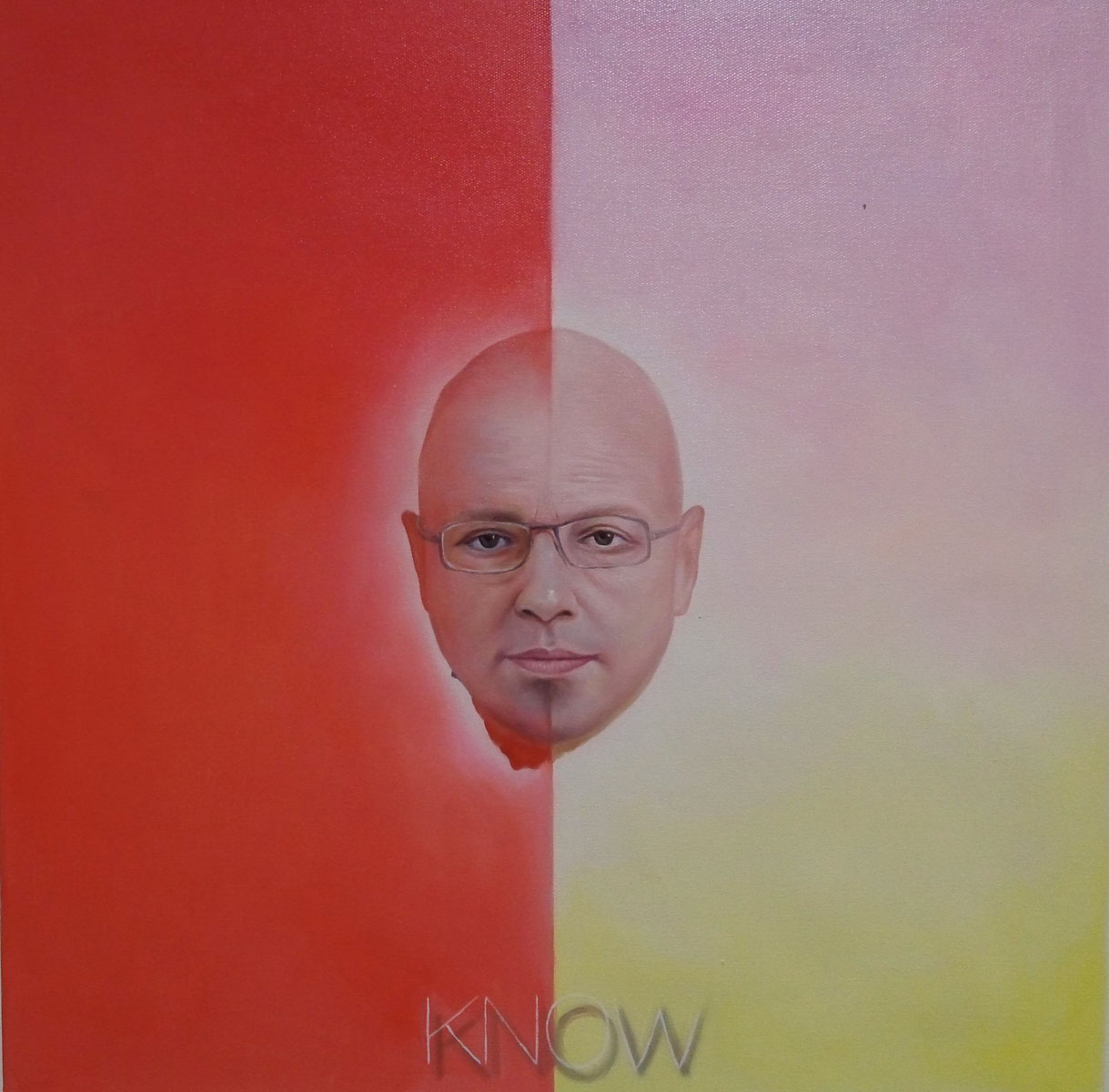