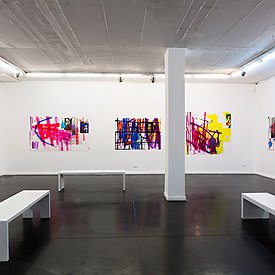 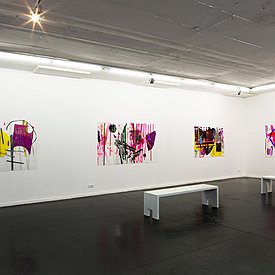 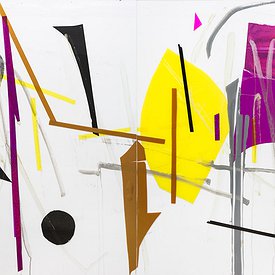 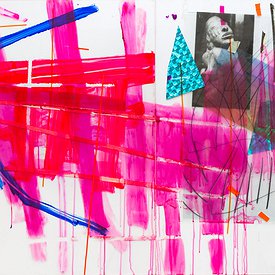 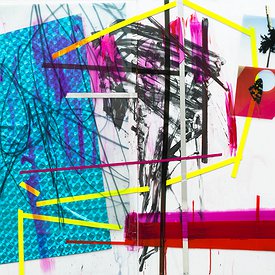 In "Continuity," her current show, Kafri presents paintings she had created over the last three years – paintings on which she worked parallel to the aforementioned painting installations. They are composed out of wallpaper, masking tape, acrylic paint, images printed on transparencies, spray and paper on Perspex. "Continuity" focuses on Kafri's continuous studio work, displaying paintings that encapsulate her insights regarding space and movement, manifested in a more immediate way in her three-dimensional painting installations.

Most of the paintings in the exhibition are diptychs – artworks consisting of two panels that are placed side by side, but never merge. This historical painting format holds various tensions and conflicting forces, which Kafri uses and plays with in her paintings: repetition and difference, division and connection, disruption and continuity, signification and narrative, opening and closing, plurality and selection, as well as verticality and horizontality. The diptych, of which the split screen is a contemporary manifestation, is an emblem of dispersed attention. But, at the same time, by allowing parallel and simultaneous occurrences, it intensifies a certain instant in time and space, constantly demanding us, the spectators, to focus and make choices.

The diptych in Kafri's work functions as an element of disruption and airiness, and it allows for the insertion of snippets of reality into the painting's surface. In front of each of the paintings, we are faced with a complex whole that draws us to alternately focus on its different parts. Similary to this viewing process, Kafri's continuous painting process is composed of critical moments of observation, selection and action. One after the other, the painterly gestures, the collagistic cutting and pasting, and the insertion of printed images accumulate. They form relations, and assemble constellations resulting from observation, decision and action.

In her paintings, Kafri's employs gestures of organization and association, side by side with more organic gestures of corporal movement. Her works offer us different paths to walk in and various spaces to delve in. The issues that emerge from her paintings are characteristic of contemporary painting – questions of speed and scale, directly confronting the accelerated changes taking place in contemporary visual culture. In this sense, the paintings could also be read in the context of the information age or internet era, and of the ideological transformations occurring all around us in relation to visual knowledge, its organization and distribution. 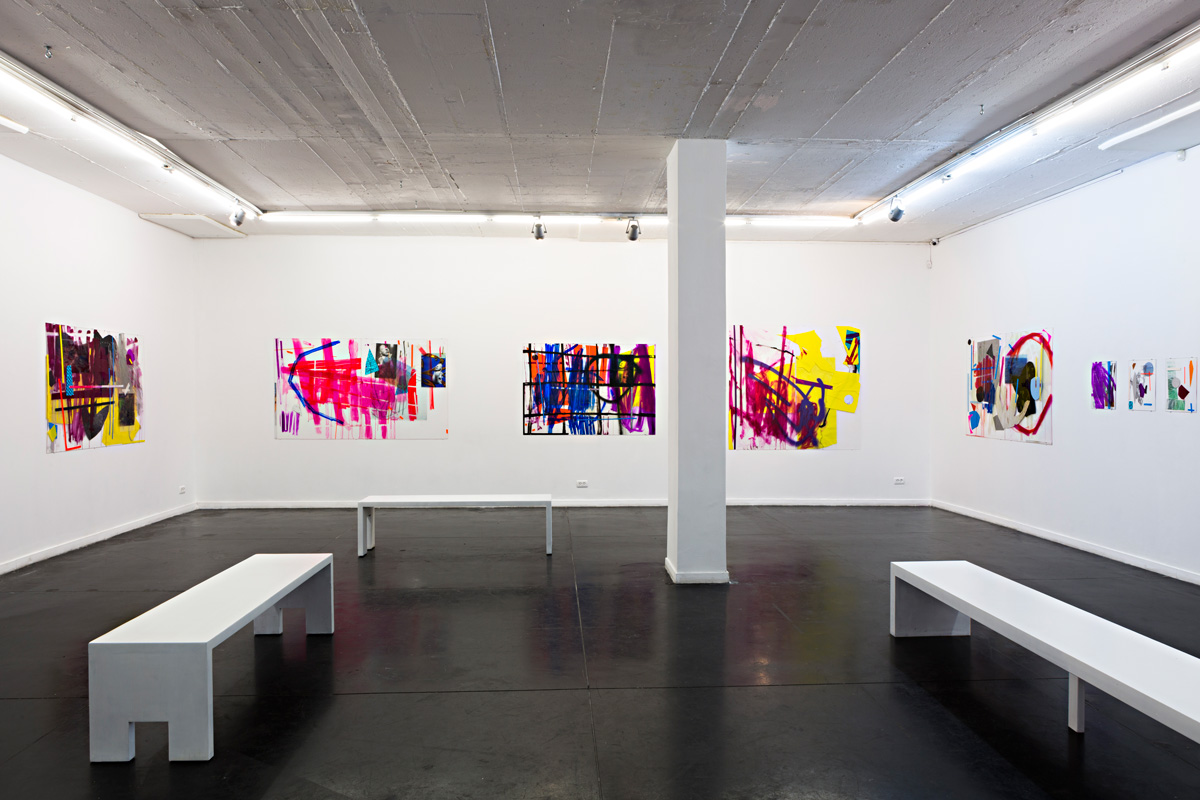 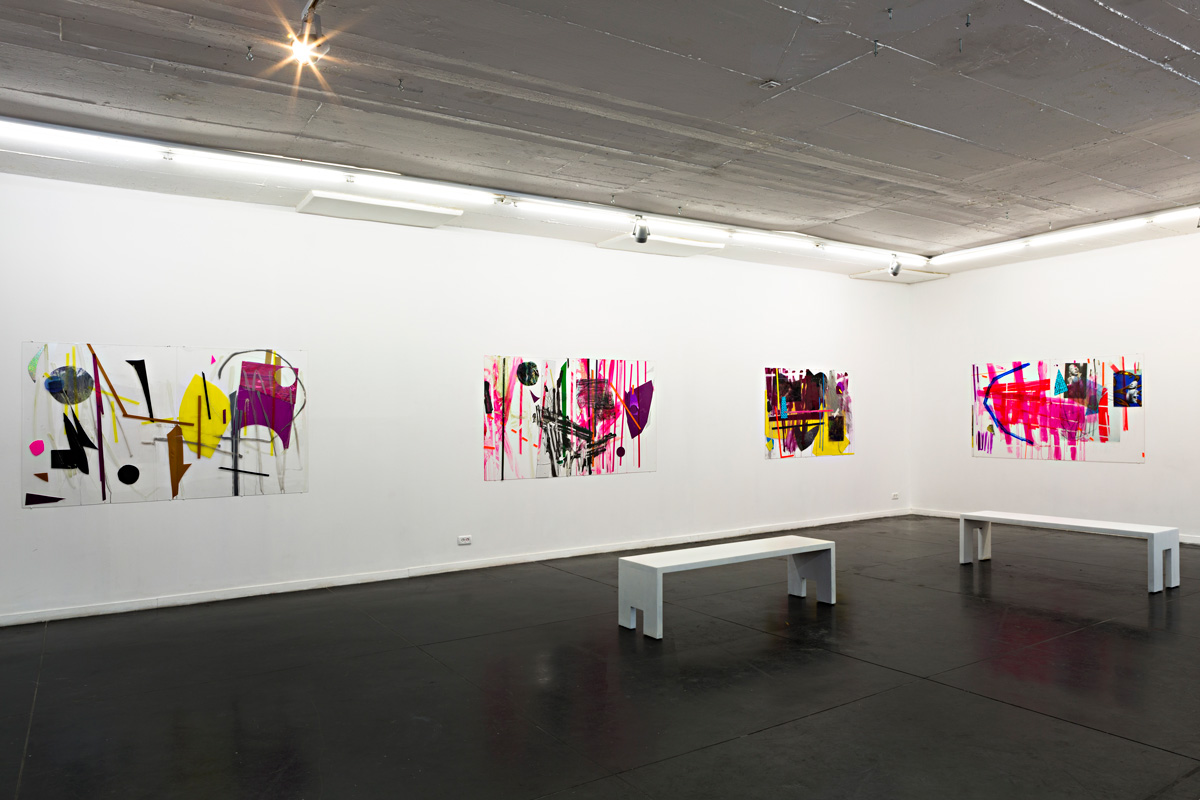 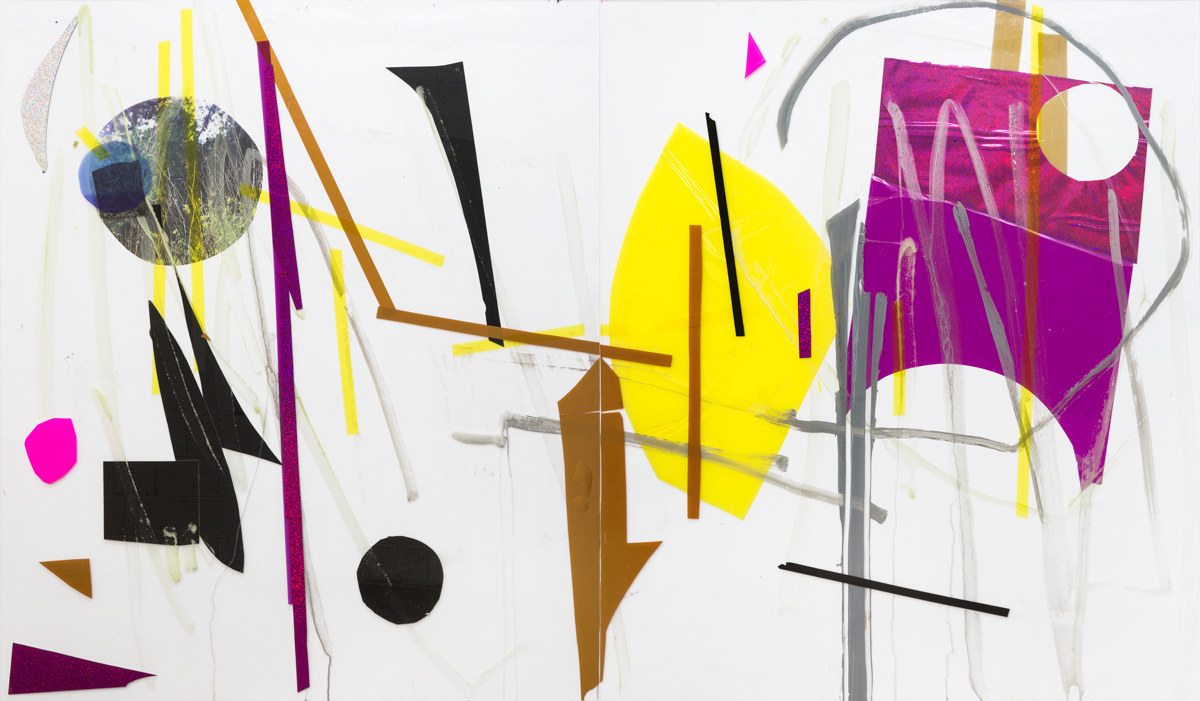 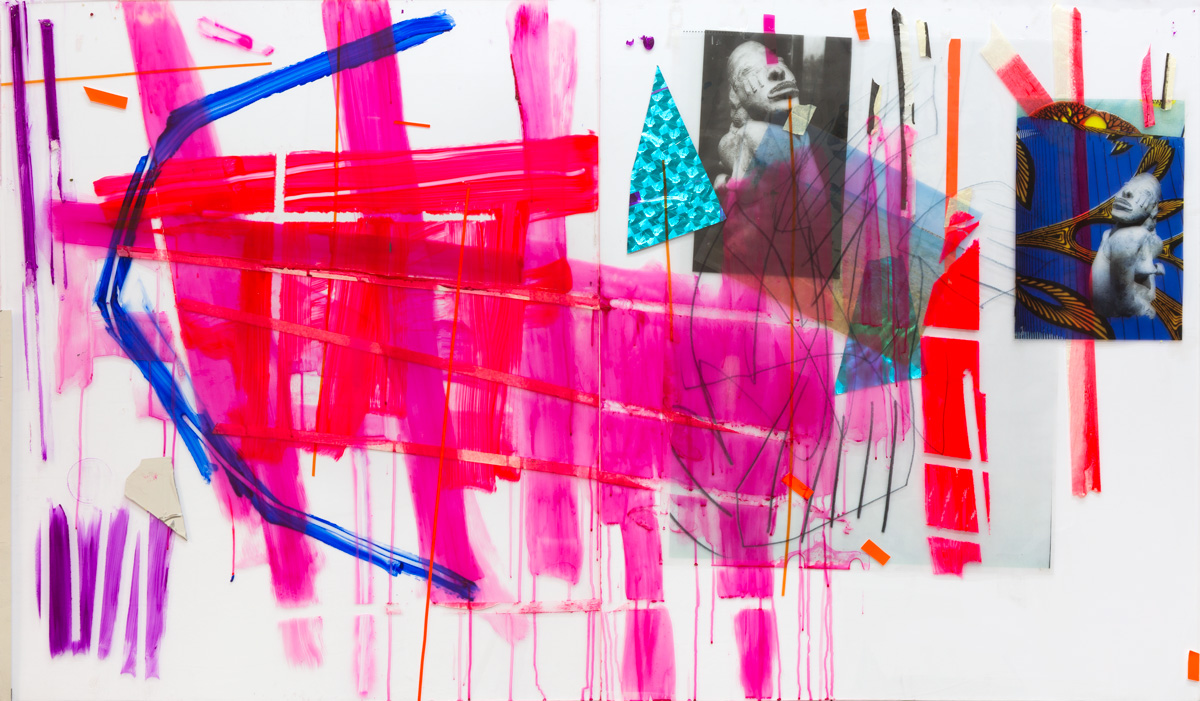 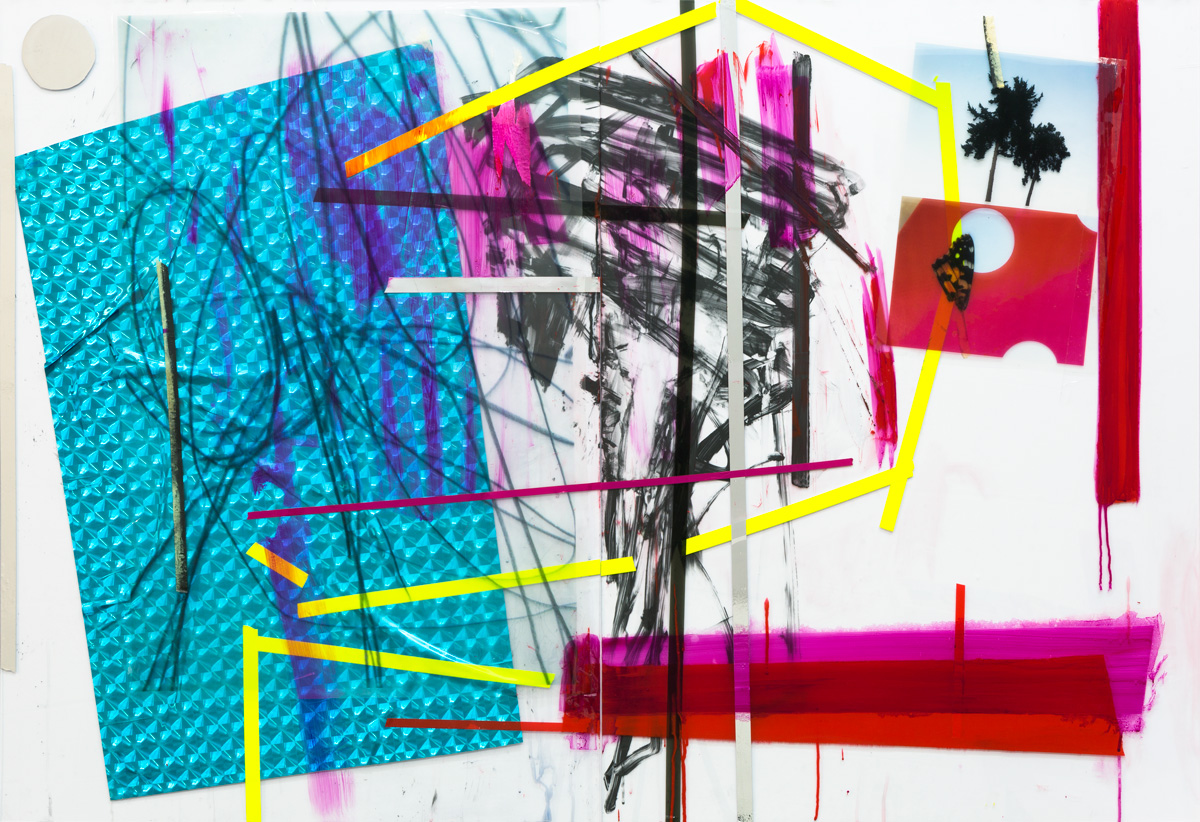