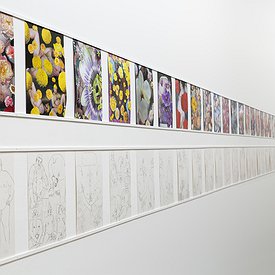 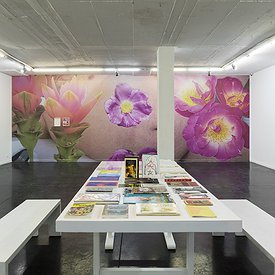 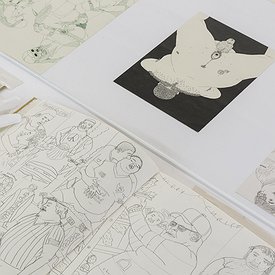 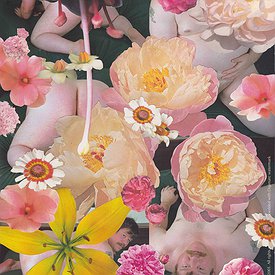 "Girth and Mirth" is James Unsworth's 4th solo show at RawArt Gallery. Born in 1979 in Liverpool, Unsworth's works are characterized by direct, hyperbolic and intense depictions of corporal scenes combined with elements culled from popular visual culture. These elements are mostly connected to consumerism and capitalism, body, sexuality and death, as well as to subcultures such as comics, cartoons, junk food and pornography.

In his current exhibition, "Girth and Mirth" (a word pair that is a pun describing a gay subculture of large men, referencing a group/club by the same name, initiated in the 1970s), Unsworth presents two new series of works. One is a series of collages, based on photographs taken from erotic gay magazines for heavy men, on the surface of which the artist applies fruit and flower imagery – images that are large, enticing and colorful, that also reference pejorative terms used toward gay men ("fruit," "pansies"), ascribing to them feminine characteristics as derisible features. The second series in comprised of grotesque pencil-on-paper drawings, which are based on the same magazine images, elaborating them and thereby expanding their reach into other arenas of pop visual culture.

Like previous works by Unsworth, the works displayed in this exhibition point their arrows at the contemporary economy of restraints, which draws clear and oppressive boundaries in regards to both sex and body size.  Both these arenas, which society holds as criteria for self-control, are already challenged by the images Unsworth uses as the ground for his works (erotic and pornographic images from niche magazines). But the artist adds to that by exaggerating, elaborating and expanding the images in a way that grants them an enlarged presence, turning the tables and debunking conventional judgment. It is important to note Unsworth's complex mode of operation, which leaves no stone unturned in regards to the oppressive nature of the visual regimes enveloping us, while offering a new, festive and liberated possibility that is full of life.

The exhibition is accompanied by a catalog that includes an essay by Dr. Jason Whitesel, a professor of women's and gender studies at Pace Univesity, who studies men & masculinities, the body/embodiment, sexuality and queer studies, as well as fat studies. His essay deals with the way the works in this exhibition serve as a means of political dissent and create a queer counter-discourse. Through emphasizing images marginalized by the general society and by the mainstream gay community, and by using certain artistic stategies, Whitesel finds that the artist challenges the viewers with enticing and stimulating situations, as they look at "unacceptable" imagery. Whitesel has recently authored an ethnographic study, Fat Gay Men: Girth, Mirth, and the Politics of Stigma (NYU Press, 2014). His current research focuses on the Prime Timers whose mission is to support older gay and bisexual men.

James Unsworth studied Fine Art at Winchester School of Art and the Royal College of Art. After graduating, he was a print fellow of the Royal Academy of Art. He has undertaken residencies in the UK, France and Czech Republic. His work has been included in Museum shows in the UK, Canada and USA. His first two books of drawings have been republished six times and he's had three ceases and desist letters from VIACOM. His movies have had over 1000000 views on YouTube. Last year he received Arts Council England/British Council funding to research the origins of Girth and Mirth movements in the USA.

Unsworth researches the history of popular print from its origins in the 15th Century to the comic books, pornography and ephemera of the 21st Century. He is especially interested in the grotesque (and other combinations of incongruous elements), carnivalesque, and inversion. He expresses these themes using images of fat/queer bodies. Mainly working across drawing, collage, costume making, photography and moving image, he uses these varying mediums to communicate the spirit of popular print. Humour and sexuality are important elements in his work which explores the grotesque life cycle of birth, sex and death. 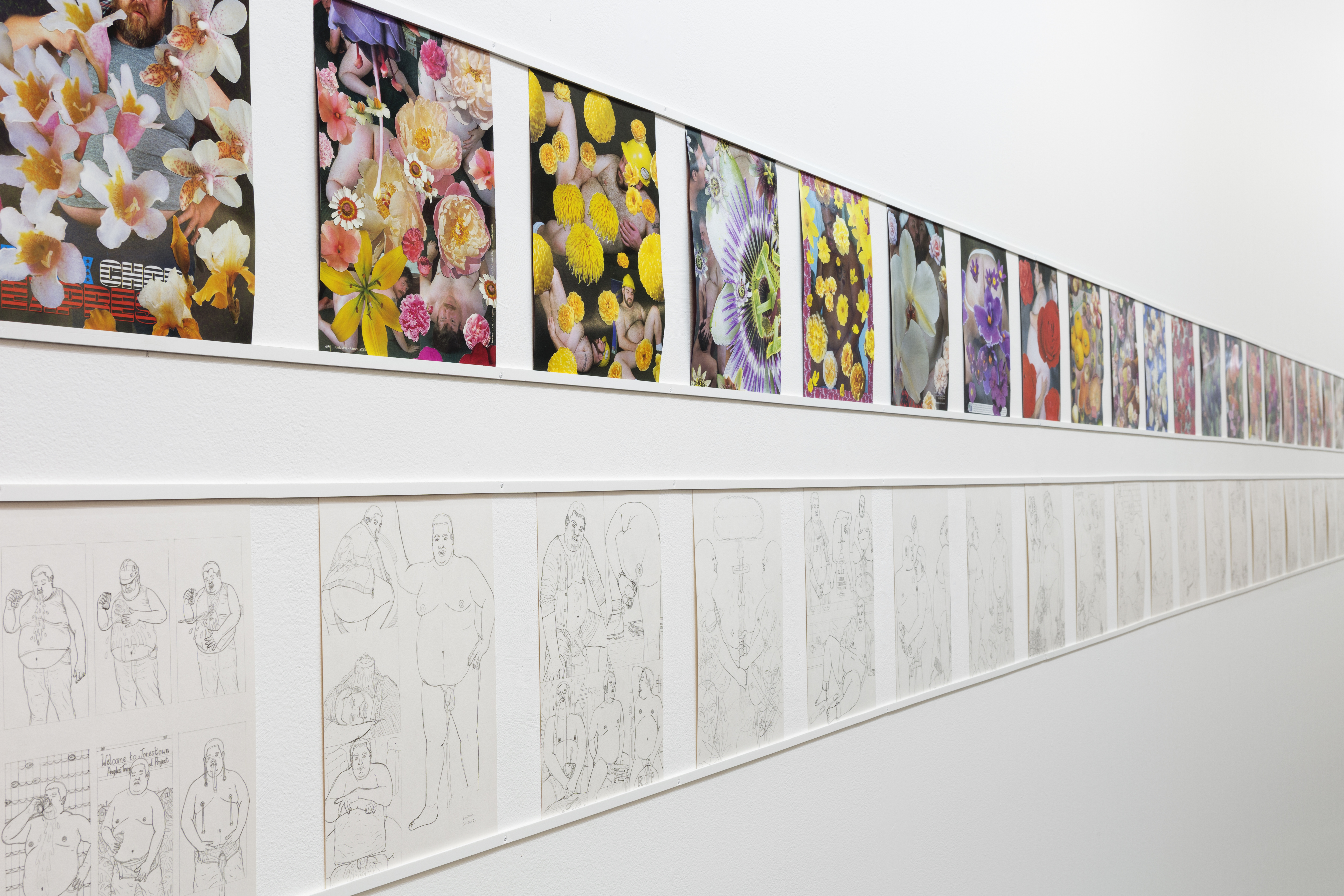 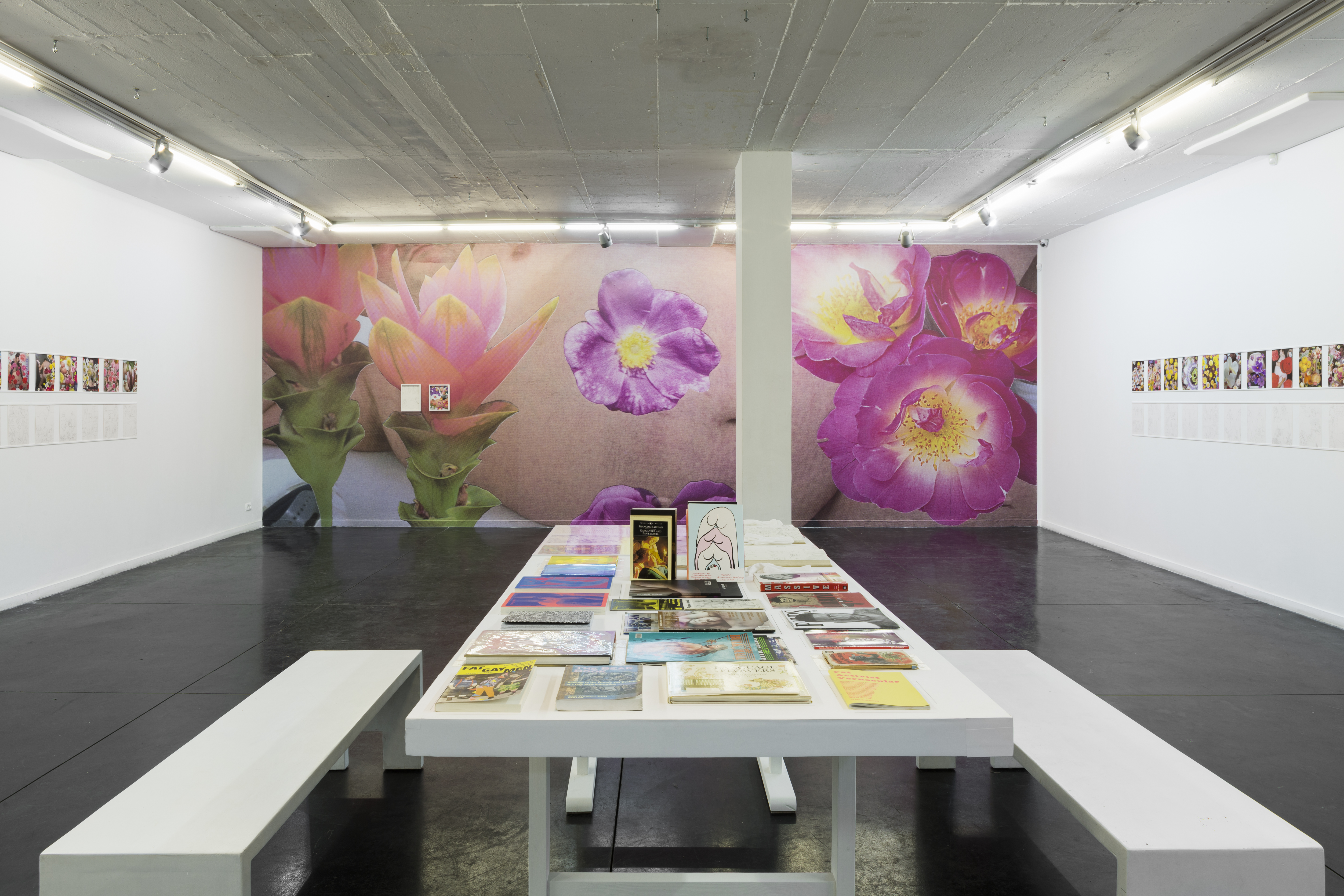 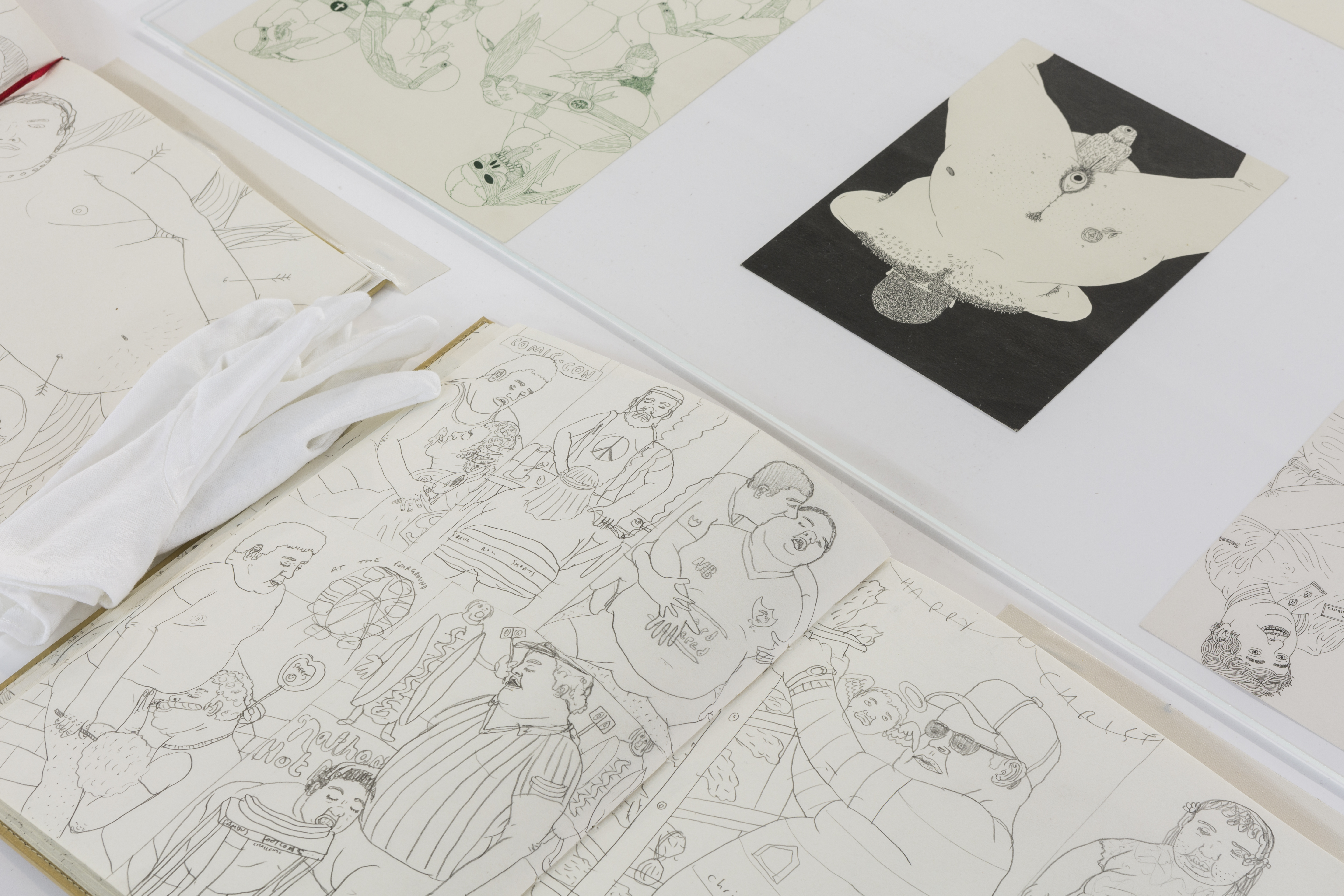 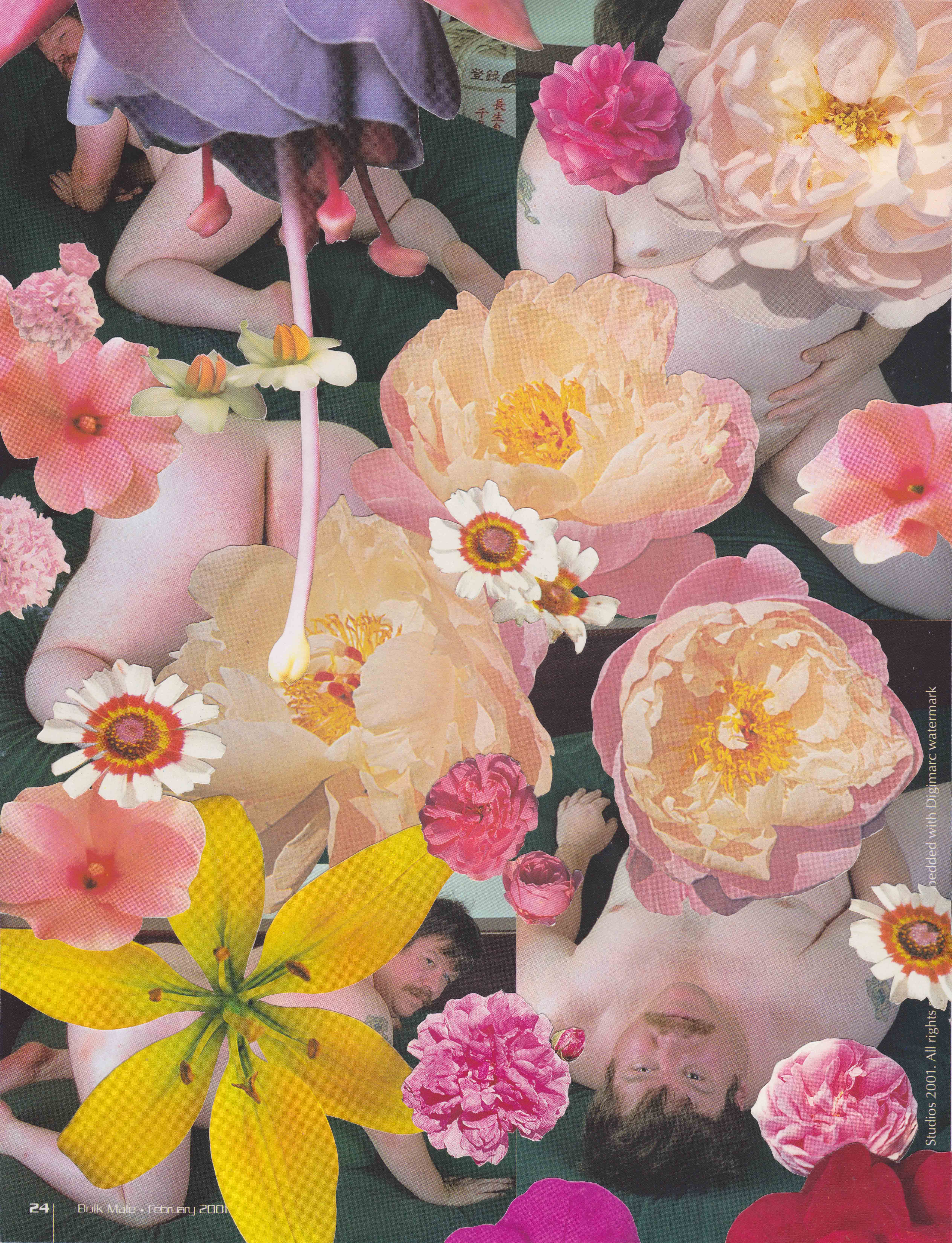