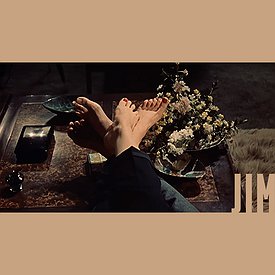 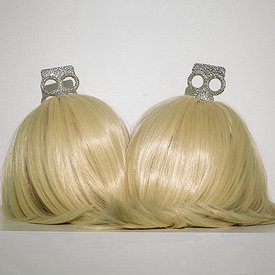 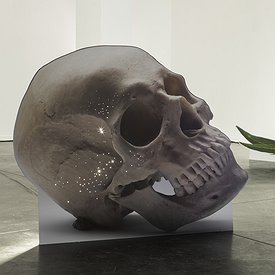 RawArt Gallery is pleased to announce a new solo show by Lali Fruheling, titled "Jim." The exhibition features new sculptures and installations manifesting the artist's continuous interest in romanticism and catastrophe, morbidity and glam. In her 2013 exhibition Cutter, Fruheling turned the gallery into a thicket of nylon strings stretching from side to side – a technique she has been elaborated and refining for the last 10 years in works that had been exhibited in both art venues and in the public sphere. In her 2016 exhibition Siren, she placed a wrecked car in the middle of the gallery (inside of which she placed different objects and created a web installation with threads and lighting), and beside it – suspended paper sculptures. Together, the works formed a setting that heightened the senses of sight and orientation, and posed an alternative to the mainstream macho use of cars and auto parts common in modern and contemporary art.

In Lali Fruheling's new solo show at RawArt Gallery, the artist presents several sculptural installations, including large scale prints that are punctured and activated with lighting. Other works in smaller scale are maipulataed objects that are rearranged to carry new and surprising meaning. The large sculptures are Fruheling's version of "Vanitas" – an art historical trope using still life as an allegory about the transient nature of life and the fallacy of earthy pleasures. Among the smaller works one can find cheerleaders ponpons made out of blond wigs (ascribed to chealeaders) and knuckles. In the essence of this sculpture is a "whiplash" movement, referencing here both dance, drag, and scalped sculls. These works allude to the aesthetic aspects of lifestyle realms such as gyms, yoga and Pilates studios, which are characterized by intense fetishism and objectification. Cornerstones of suburban living, these realms carry a promise for life that is "healthy" and "fit" (in both its meanings as being in physical shape and being appropriate or compatible).

The exhibition "Jim" is an attack on clichés that is also aware and enchanted by their charm. It has a rotten love story at its core, a failed affair. It stems from dealing with contemporary and classic fantasies about womanhood – fictive figures that appear to be powerful, while in actuality, they are disempowered and enervated. The name "Jim" alludes to a generic and abstract American male. When this abstract figure is concretisized, it may become a romantic character such as the one played by James (Jimmy) Stewart in the film "Bell, Book and Candle" (dir. Richard Quine), of which a frame is featured in Fruheling's exhibition invite. This 1958 romantic comedy is titled after an ancient Catholic excommunication ritual. In it, Kim Novak (who is said to have dyed her hair blonde and changed her name from "Marilyn to "Kim" due to the demand of producers and studio executives) plays Gillian, a beautiful and sharp witch, who, like all witches, cannot fall in love. She is not only beautiful and fashionable, but also the owner of a gallery of rare "primitive" African sculpture. During the film, Novak falls in love with a man (Stewart) who recently moved to the floor above her store and apartment. Falling in love means she has to renounce her powers, which she finally resorts to. She gains the affair, but by the film's ending, she is a powerless witch who now owns a store of cheesy artifacts.

Another, very different materialization of "Jim" is a father figure marking a moralistic voice, and thereby deemed irrelevant, repulsive even. An example of this type is the character of Jim Walsh in the teen TV drama "Beverly Hills, 90210" (a series directed by a father who cast his daughter to the part of the only virgin in class – a status she maintains for 7 seasons). Violating the moralistic and authoritative voice, demanding cautiousness and proper behavior, is at the heart of Fruheling's exhibition, as well as the inevitable internal collapse of these Hollywoodian structures. The teen TV series ends up drowning in a swamp of its own making, while classic cinematic narratives conclude in mysogenic disempowerment.

An important element influencing Fruheling's new works is GIF files – prancing, repetitive images that have become prevailing digital message carriers. GIFs are an exemplary manifestation of the crucial shortening of the contemporary viewer's attention span – their embedded endless repetition makes viewing them for more than a few seconds impossible, and they are forsaken shortly after the message has been received, or the punch line delivered. In Fruheling's new sculptures, which she defines as large-scale GIFs, the sculptural movement is created by the puncturing of the image, which entails its destruction. Turning the photographed images into an environment the viewer can inhabit and navigate, offering a prolonged observation and consideration.

Born in Israel 1982, Lali Fruheling is a graduate of the BFA and MFA programs of  the Bezalel Academy of Arts and Design. Her primary media are installation and sculpture, and she works with various types of materials, including nylon threads, embroidery, and paper. Fruheling has had solo exhibitions at Raw Art Gallery, HaMeorav Gallery, and Darom Gallery in Tel Aviv. Her work has also been shown in various group exhibitions, in venues such as the Israel Museum, the Herzliya Museum of Contemporary Art, MoBY (Museums of Bat Yam), Jerusalem Drawing Biennial, Manofim Festival in Jerusalem, Bezalel Gallery in Tel Aviv, and Yaffo23 in Jerusalem. Fruheling was awarded the 2015 Ministry of Culture Young Artist Award. 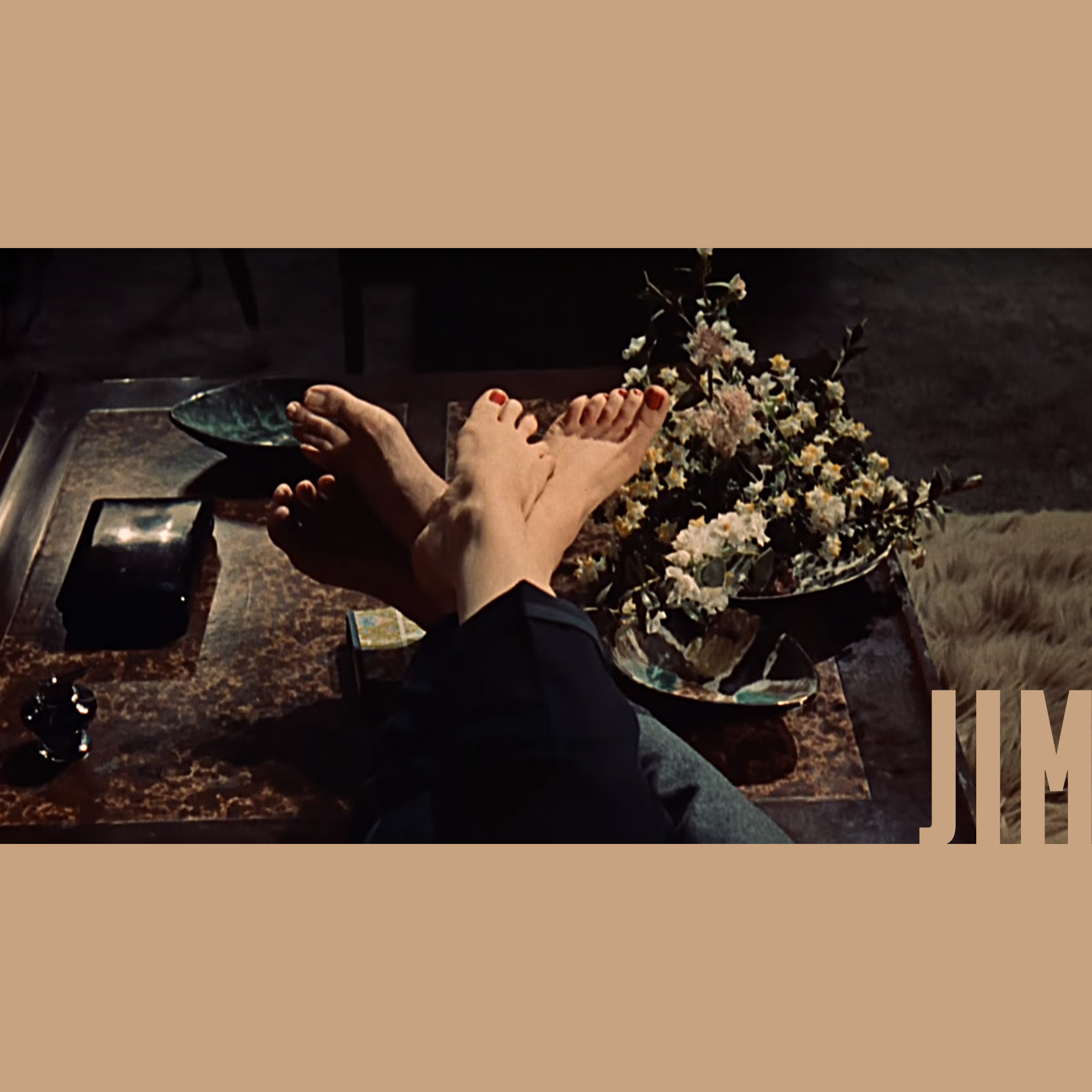 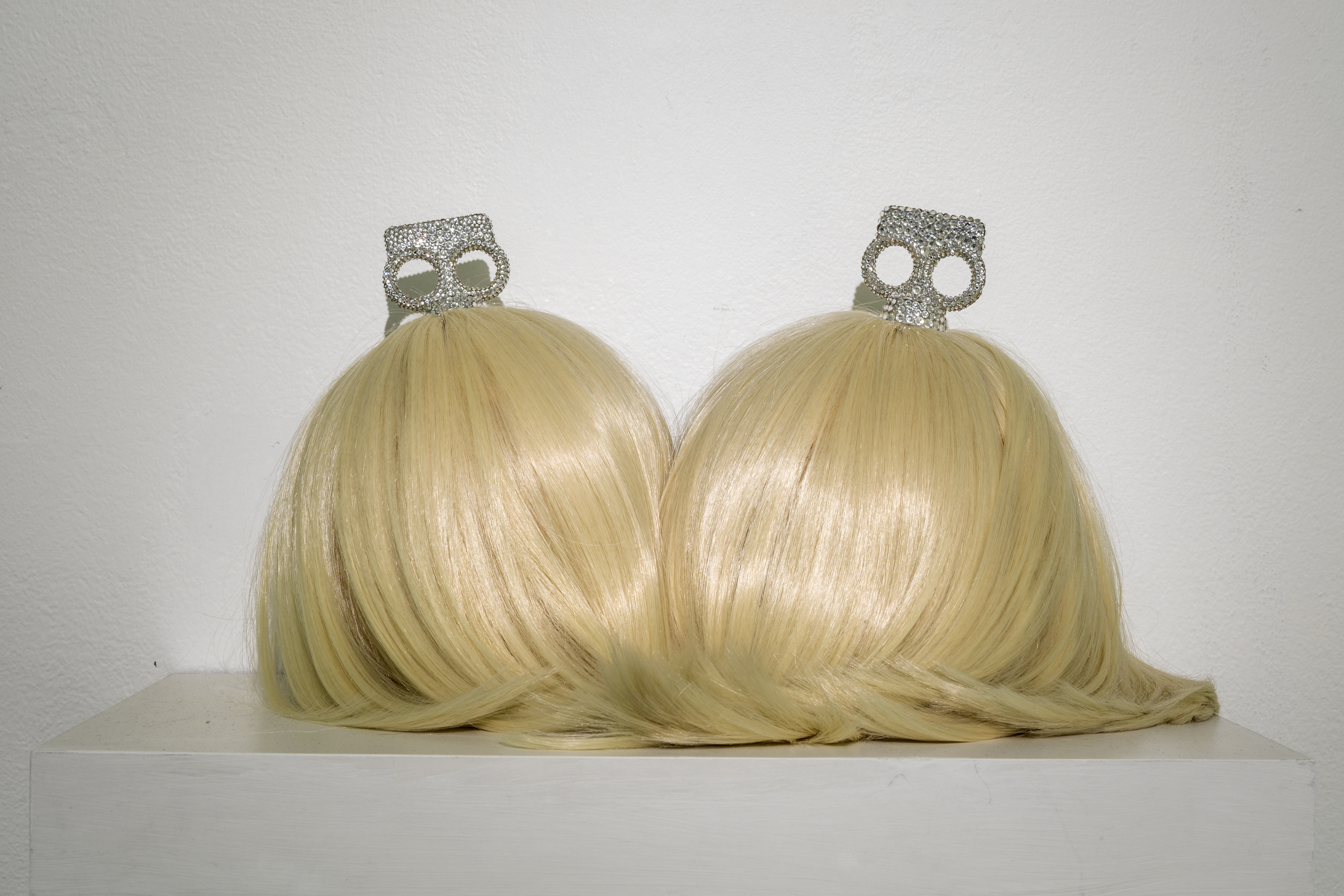 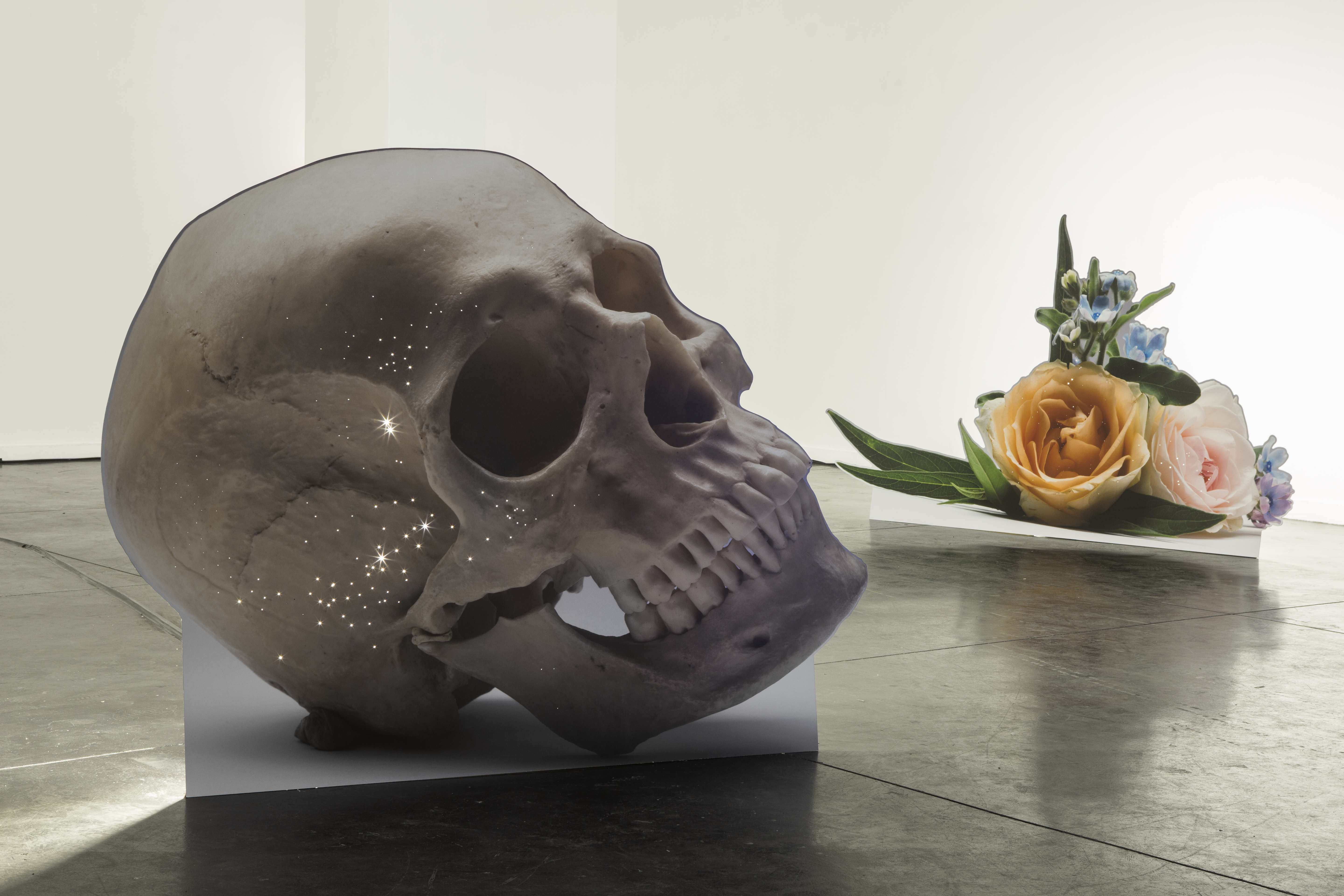