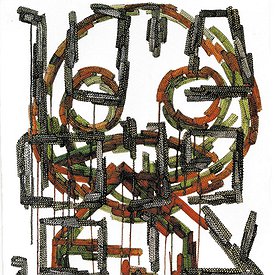 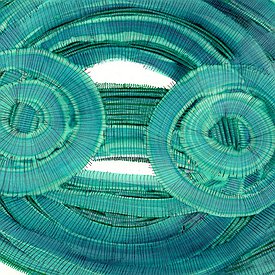 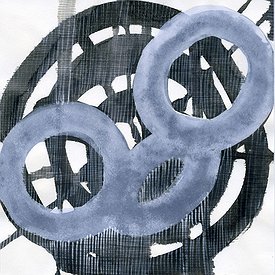 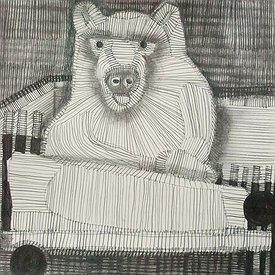 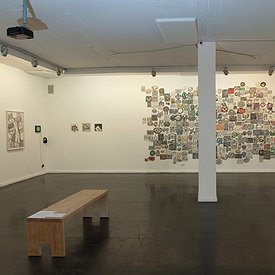 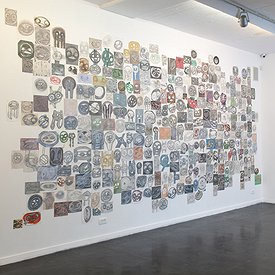 Michal Spektor’s art consists of a series of projects, each representing an independent and complex body of work created over months and even years.

Each of the projects encompasses a variety of artistic forms and methods – drawing, photography, video, action in space, staged production – each project develops based on a different system of decision and rule-making that the artist sets in advance and then follows. Drawing is a constant element in all the projects, sometimes as a central feature, at times as a supplement – it has an accumulative effect of a drawing journal made up of an exclusive dictionary of symbols, a product of impressions, memories, associations and reflections transposed onto paper.

Two of Spektor’s large-scope projects were exhibited in their entirety: the project “1994-2000” involved covering the walls of the “Kibbutz Gallery” in wallpaper consisting of A4-size printed paper, each page containing hundreds of images, photos, drawings, letters and other media that were created and collected over a seven-year period; and the project “Nachalat Binyamin 57” lasted over six months in 2001 - when the walls of an apartment rented for the purpose of the project were covered from top to bottom with pencil drawings inspired by a personal diary, and culminated with the whitewashing of the walls. The apartment was open to the public and the documentation of the project was exhibited at the Herzliya Museum and the Helena Rubinstein Pavilion.

The present exposition displays parts taken from two artistic projects that have not yet been exhibited. At the center of the “Tel Aviv” project 2002-2005 is the map of Tel-Aviv. Spektor roamed the city streets in a specific area that she marked and bounded in advance on the map between Hayarkon and Florentin streets, and between the seaside and Ayalon thoroughfare. She then sketched in pencil a repeated single image of a joker on lamp posts, fences, electricity boxes, etc. In the second phase she took to the streets with a camera in search of the jokers she had scattered in the urban space and documented them. In parallel, Spektor produced drawings that are a variation on the theme of the joker. The result is some 10,000 photos and drawings on A4 and A5 size paper from which Spektor intends to create a map of Tel Aviv on the walls of an art gallery space, thus creating a diversion from the objective schematic two-dimensional indications of a pocket map into subjective multi-dimensional markings on the wall. This exhibition displays some of the joker drawings as well as supplementary drawings which relate to the streets of Tel Aviv and its urban landscape.

At the heart of the “Tel Aviv” project lie questions regarding the relation between human-kind and the urban space we live in, between the function of a city as a familiar and private territory saturated in personal memories and its role as a functional public space that is steeped in collective history.

Spektor directs her gaze at the city’s streets, buildings, shops, roads, sidewalks, and signs which constitute a décor that is fixed yet continuously changing, with those who live and pass through it too distracted and absorbed in the present to realize the mark they leave on the city or of the influence she in turn imprints on their consciousness.

Spektor’s look upon the city deliberately focuses on “small [old] Tel Aviv” driven by a special interest in the structural blindness embedded in the construction of the city by a group of people at the beginning of the last century, who hoped to see her as a small Europe, and its implications of that historical moment for life in present times.

The Project “A.K. G (collection of match boxes)” 2006 until today, began with a set of instructions that were posted on the Internet by a youth on “how to make a camera from a match box”. Spketor improved the recipe and created many such cameras which she uses to create four groups of photos that cover thousands of images: “Alkharizi interior” and “fillers” are series of interior photos of objects and utensils of day-to-day use, practical or decorative, whereas “Hotels” and “Non-Hotels” document, the first - exterior photos of hotels across the country and abroad, and the second - hotels featured in cinematic films, photographed off the film during its projection.

All the subjects of the photography bear a biographical connection to Spektor, having played a role in her life or the life of those close to her, they hold memories of the past.

In addition to these four bodies of art which are a direct product of her work with the match-box cameras, the project also encompasses indirect products: the camera collection, a group of digital photos that document the action of photo-taking itself, a group of animation films and short videos, as well as a series of supplementary drawings. Also displayed in this exhibition are some of the drawings, which similarly to the photos, describe repeated images of objects, utensils, hotels, cameras, match-boxes, and more.

Multitude and simultaneity are central features of this project which deals with the relation between photography, memory, life and death. At its center is the attempt to document life in a non-linear or chronological manner and to search for alternative ways to overcome the limitation of photograph-taking as an action that freezes and kills; an attempt to document without killing, to preserve without mummifying.

The video “Gamal Gamali” [My Camel] featured in the exhibition serves as a connecting link between the two projects “Tel Aviv” and “A.K.G”. It was created as part of the “A.K.G.” project, made from its materials – the matches that were emptied from the match-boxes (which were transformed into cameras) – and it involves an effort to confront the challenge that photography presents in relation to memory and death. In addition, it raises the question of the “here and there” – Europe and Tel Aviv, which arises from the “Tel Aviv” project. On the background of the song of Yedidya Admon from 1927 “Gamal Gamali” which captures the mood of an era when the city of Tel Aviv was built, circles of bonfires of matches can be seen on the screen, sparking and burning again and again as a metaphor to a circular burning life situation from which there is no way out. The addition of a recorded recurring sound declaring schedules of departing flights, presents the airport as a place of sanity and the act of escape as a logical solution, whether in reality, whether as an aspiration only, or as such that from the outset is doomed to fail. 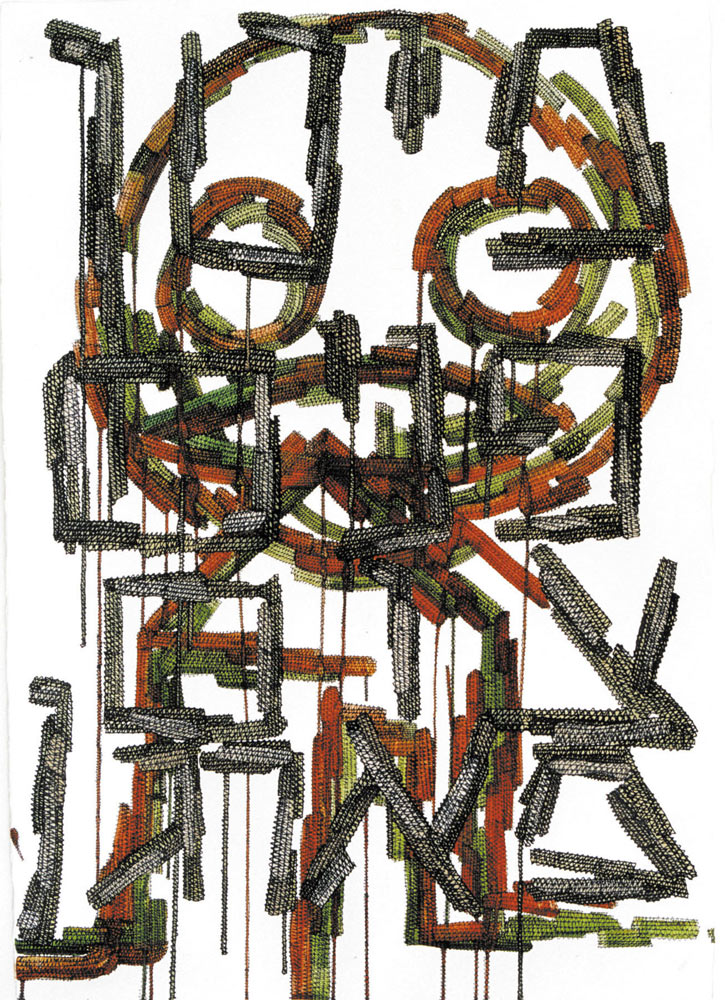 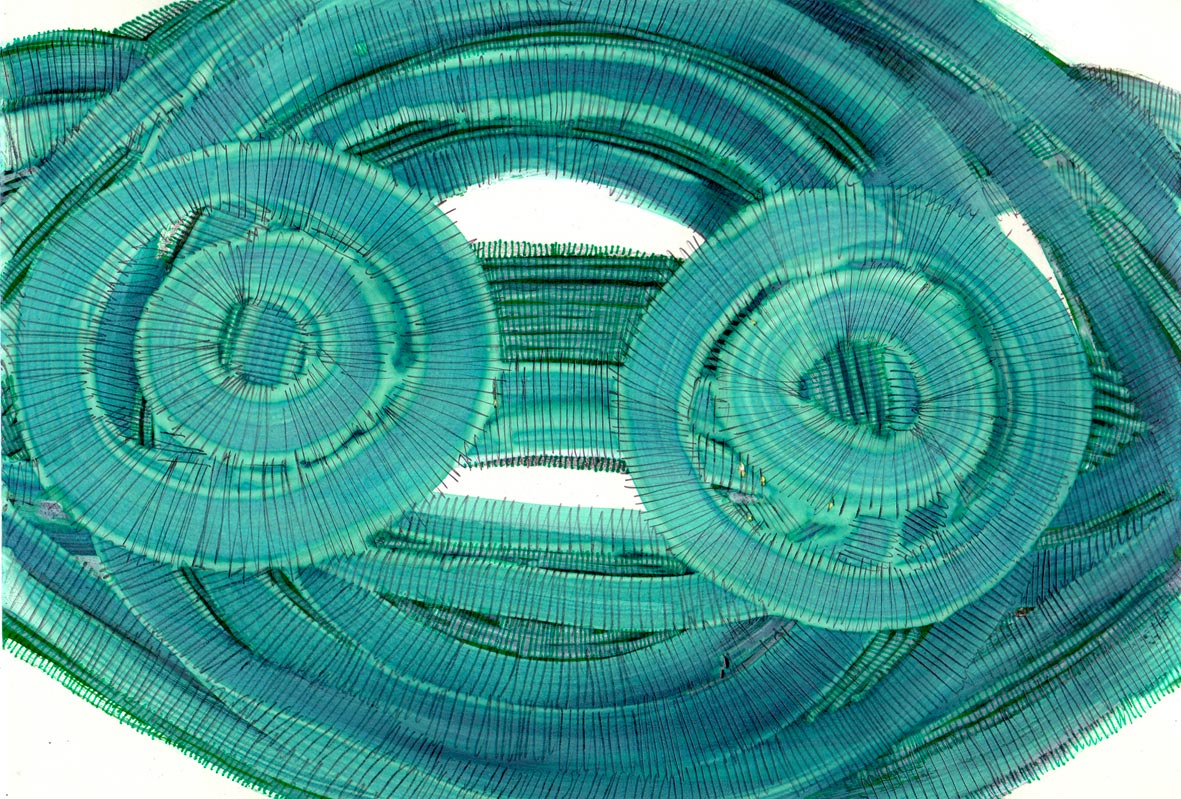 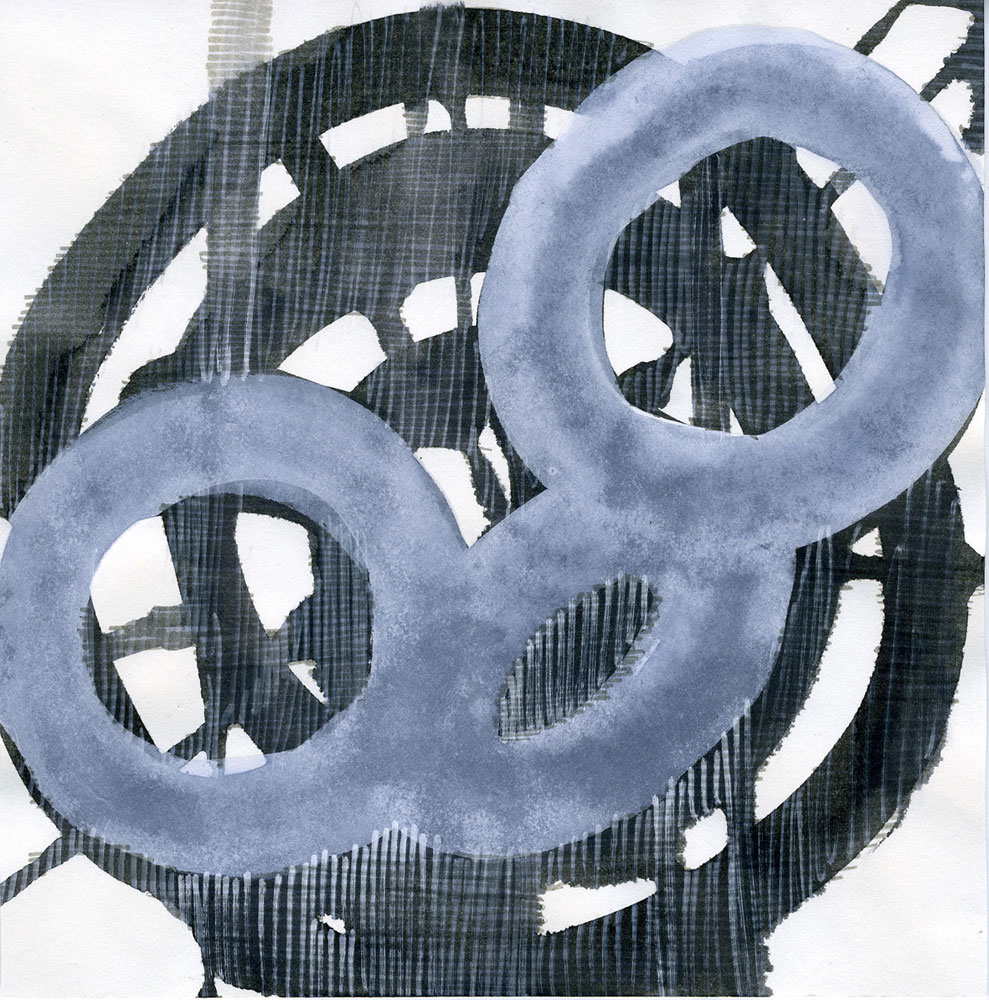 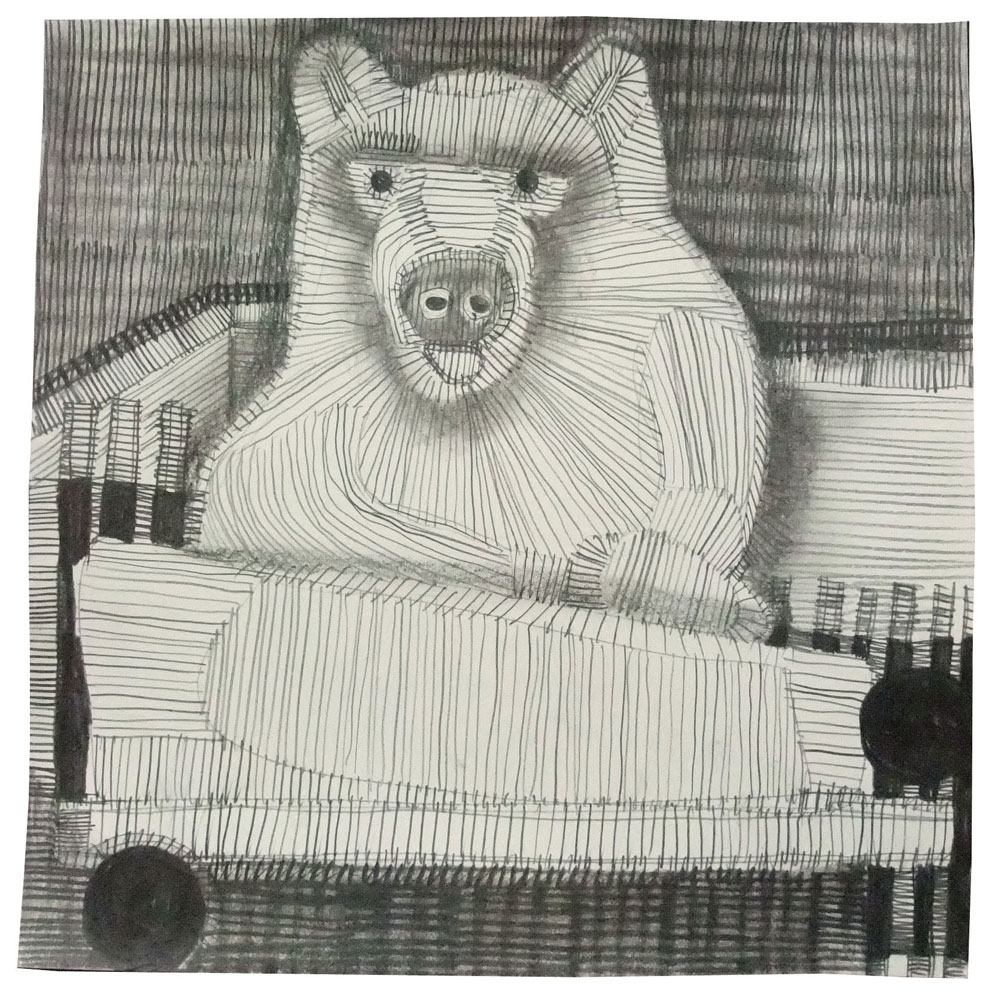 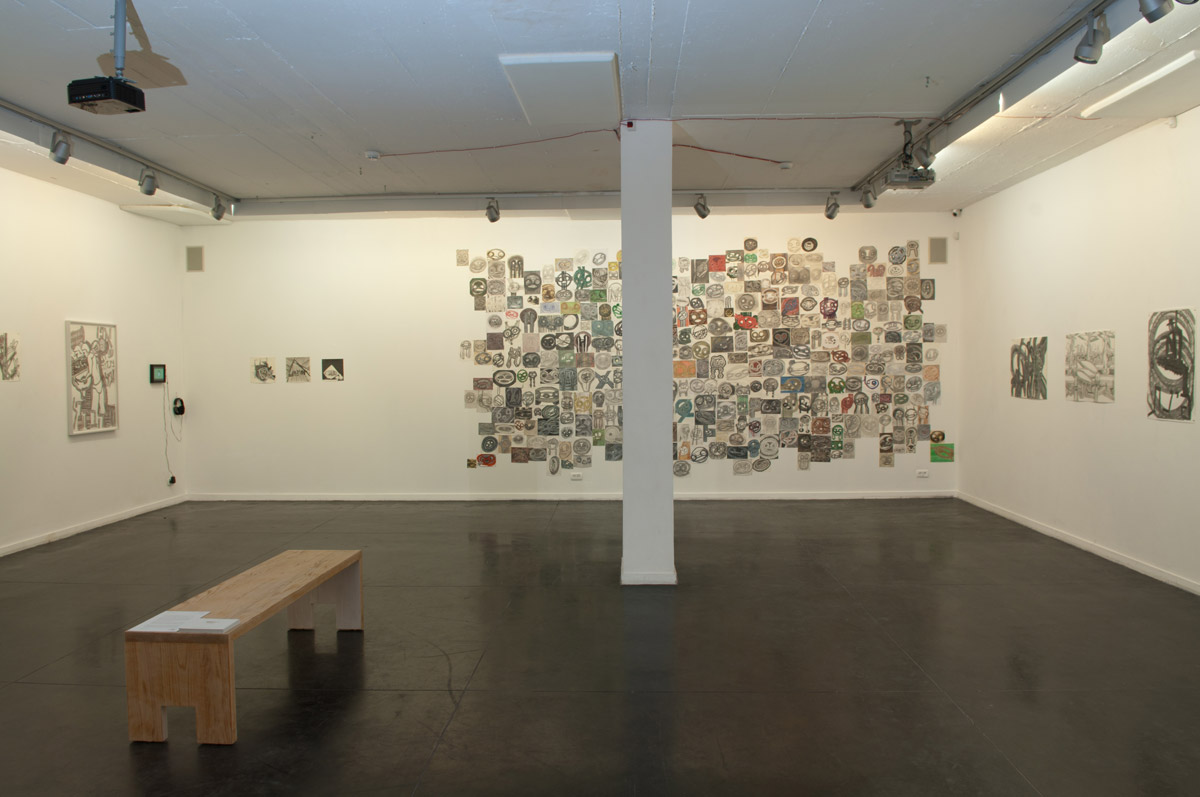 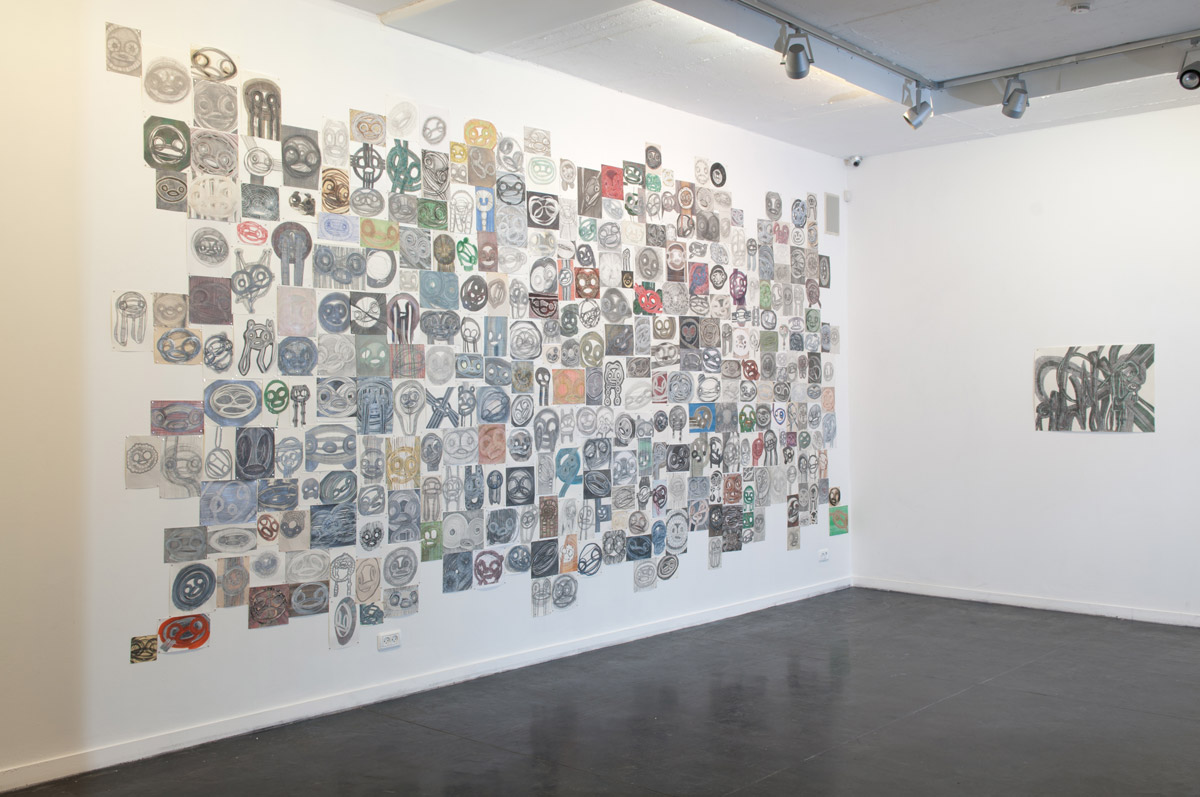