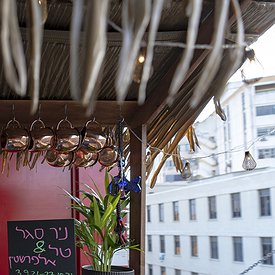 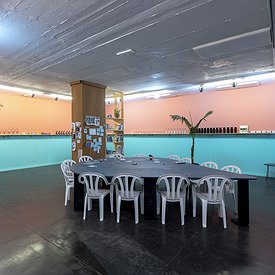 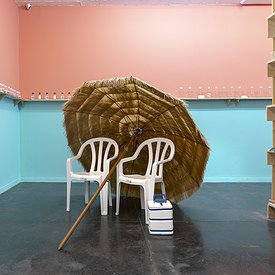 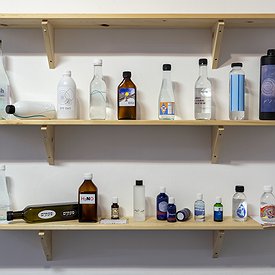 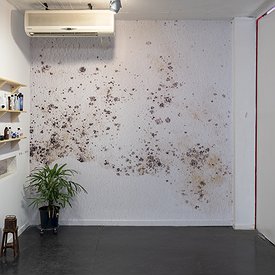 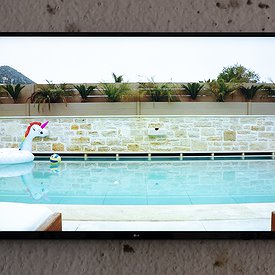 RawArt Gallery is pleased to announce the closing of its gates for a period of seven weeks, for the purpose of diving into social research on the often-transparent role of water in our lives. The body of research, initiated by the artists Nir Segal and Tal Alperstein, will stream not only from bookshelves but from various other perspectives and experiences of water and the knowledge we can absorb from it.

Although the gallery shuts down the flow to the main space, a water bar will operate outside the gallery offering - like an oasis - water (and culture) to those who are thirsty. “Free Water at the Gallery:” a neon sign will invite passers-by and residents of Kiryat Hamelacha to find refuge from the heat and humidity of the Tel Aviv summer.

Each day during the exhibition, a group of people, pre-selected according to a common water-themed context, will gather around the table/well. They will be examined like a drop of seawater under a microscope. Among them will be fishermen, plumbers, divers, mermaids, mikveh attendants, and people who do not drink water.

Each group will follow the message that water needs slake the world’s thirst, as perceived by its members. Springing from the groups’ wells of personal identities, the water will seek the sea, only to be dammed up by the action of branding it in bottles. The labeled bottles, which for the visitors will be the sole testimony to what has happened in the workshop, will be showcased and offered as artworks to the highest bidder at an auction anchoring the exhibition.

Two distinct ideas will operate within the project – that of the branding workshop, and of the art exhibition. The authentic identity flooded in the workshop will be sucked into the oiled apparatus of capitalism, only to re-water the art field or the (commercial) gallery hosting the event. Even among the artists themselves, the debate continues whether the fish is in or out of the water - has art appropriated branding or is it the other way around?

The first civilizations in the world evolved along natural water sources. Irrigation canals and dams sustained the development of more complex social structures, and those, in turn, generated a cascade of further agricultural developments.

Life’s need for water has provoked a flood of bloody conflicts throughout history. The same is true in the local mythology of the conflict. In the book of Genesis, Abraham expels Hagar with their son Ishmael, and sends them on their way with bread and a waterskin. After the last drop of water runs out, Hagar loses hope and hides Ishmael under the bushes to avoid witnessing his death. God hears the weeping and opens Hagar’s eyes to see a well in front of her. He promises to make Ishmael a great nation. That is all water under the bridge now, but world leaders predict that in the near future, too, wars will break out over access to water.

The public is invited to the workshop to see the products, from 4 pm daily and during the weekend.

Drinking the brand – is there such a thing? How to build a brand in 20 minutes.

A talk by branding expert Yariv Amit, and a gallery talk with the artists and curator

Dr. Nir Segal (born in 1980, Israel) lives and works in Israel and London. He has recently received a Ph.D. from the Slade School of Fine Art’s Practice-Led Research program. Segal completed his MFA studies at the Bezalel Academy of the Arts in Jerusalem and his BA studies (Hons) at the Slade School of Fine Art. His practice includes painting, installation, performance, proposals, and orders.

Segal approaches art as a platform for constructing models that propose new narratives around existing practices. Employing paintings, installations, performances, proposals, and invitations, his works function as links between life and art by reframing the way in which we critically engage in daily practices.

Segal had completed a nine-months residency at OUTSET Studios in London, where he explored the terms ‘free’ and ‘generosity’ through collaborations. Selected solo shows include “Untitled” at Herzliya Museum of Art, “Two Work” at RawArt Gallery, “Sit You Ate” at The  National Gallery of Bangkok, “Gifted” at The Artists Residence in Herzliya, and “Emotional Spaces” at Macondo | Hoxton Square, London. Segal’s works were displayed in numerous group exhibitions worldwide, including the 3rd Herzliya Biennale, CCA Tel Aviv, Ashdod Museum, Gutman Museum, ZZIK Gallery in Munich, The House with the Eye in Büyükada, Turkey, and the Rivington Gallery in London.

Tal Alperstein (born in 1985, Israel) completed her bachelor’s degree at the Bezalel Academy, and her Master’s at the School of Film and Television, Tel Aviv University. Alperstein is a performance and a video artist, using video as to intersect performance and film. She has had solo exhibitions at HaMidrasha and Alfred Galleries in Tel Aviv, and at the Mousonturm in Frankfurt, Germany. Her videos were shown at the Kaunus Biennial, Next! Docaviv Festival, and D'EST, Plovdiv. She participated in group exhibitions at the CCA Tel Aviv and Haifa Museum of Art. She received grants from the Tel Aviv Municipality, Rabinovich Foundation, and from the Israeli Pais Art and Culture Council.

Shifra Cornfeld – leading the team in the process. A writer and TV presenter. She holds a Bachelor’s degree in Industrial Design from the Bezalel Academy. Born on a mountain, nowadays she lives on the Coastal Plain.

Galia Spring Betser – research and casting. Worked as an executive producer for the Globes newspaper. Over the last two years she has been focusing on production, content, research, and casting. For the past four months she’s been deep-diving into the world of water, collecting people and experiences.

Tamar Lev-On – leader of bottle branding. Multidisciplinary artist, lecturer and an architect. Lev-On has studied Architecture at the Tel Aviv University, has also a Master of Fine Art from the Art and Space program at Kingston University, London. She had both solo and group exhibitions in Israel and abroad, among them exhibitions at the Janco Dada Museum and the Municipal Art Gallery Rishon LeZon. She is a member of the P8 Cooperative Gallery. In her work and teaching she brings together design, architecture, visual art, and video. She is a lecturer at HIT, Holon.

Yariv Amit – branding expert and lecturer. Author of the books “Real Brands” and “The A-Z of Successful Advertising” Founder of the Brand Academy in Israel – a center for advanced branding in the new era. Believes that every person, creator, company, or product has a message : a unique significance and distinction that push it to create a brand. 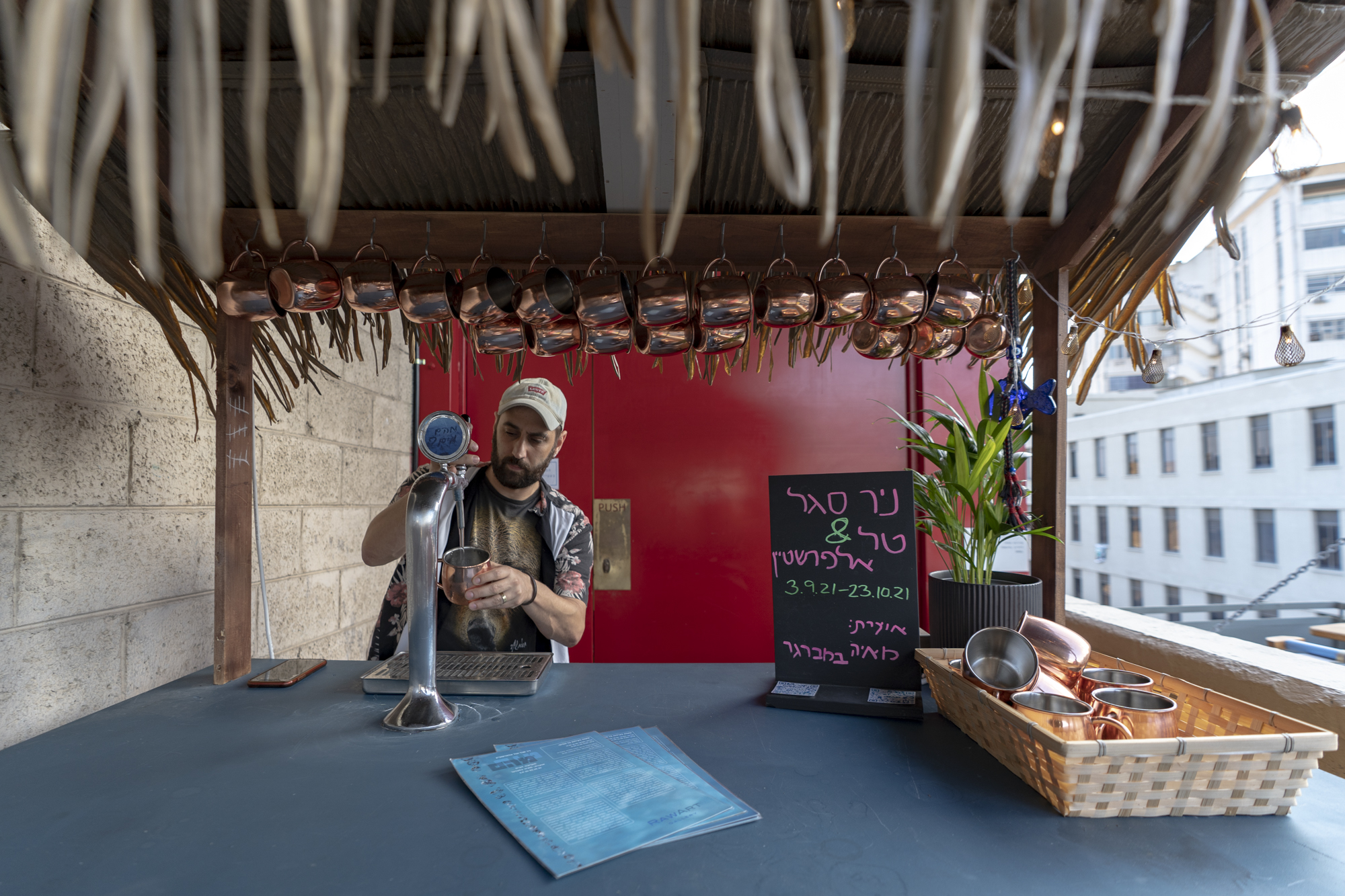 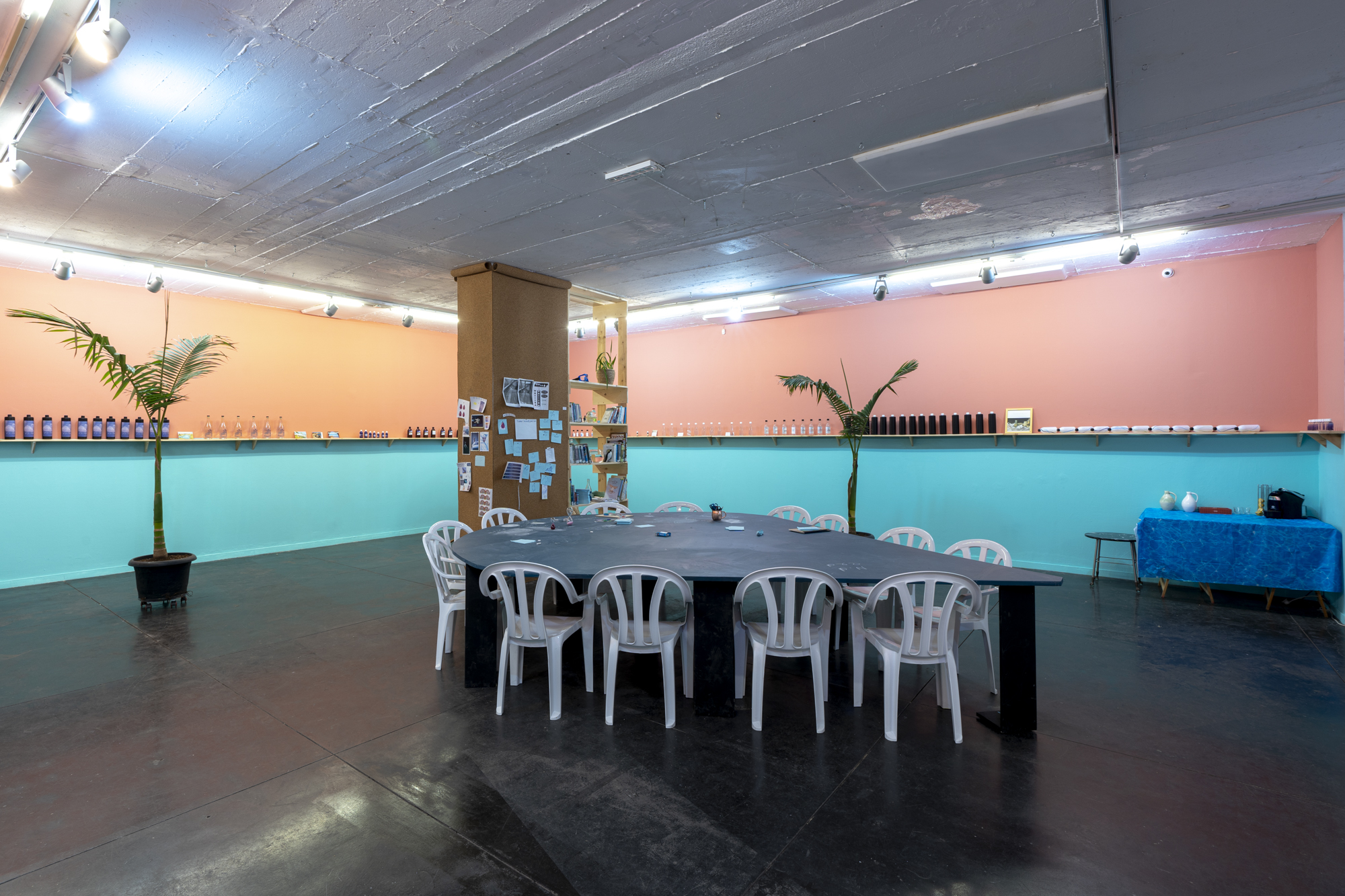 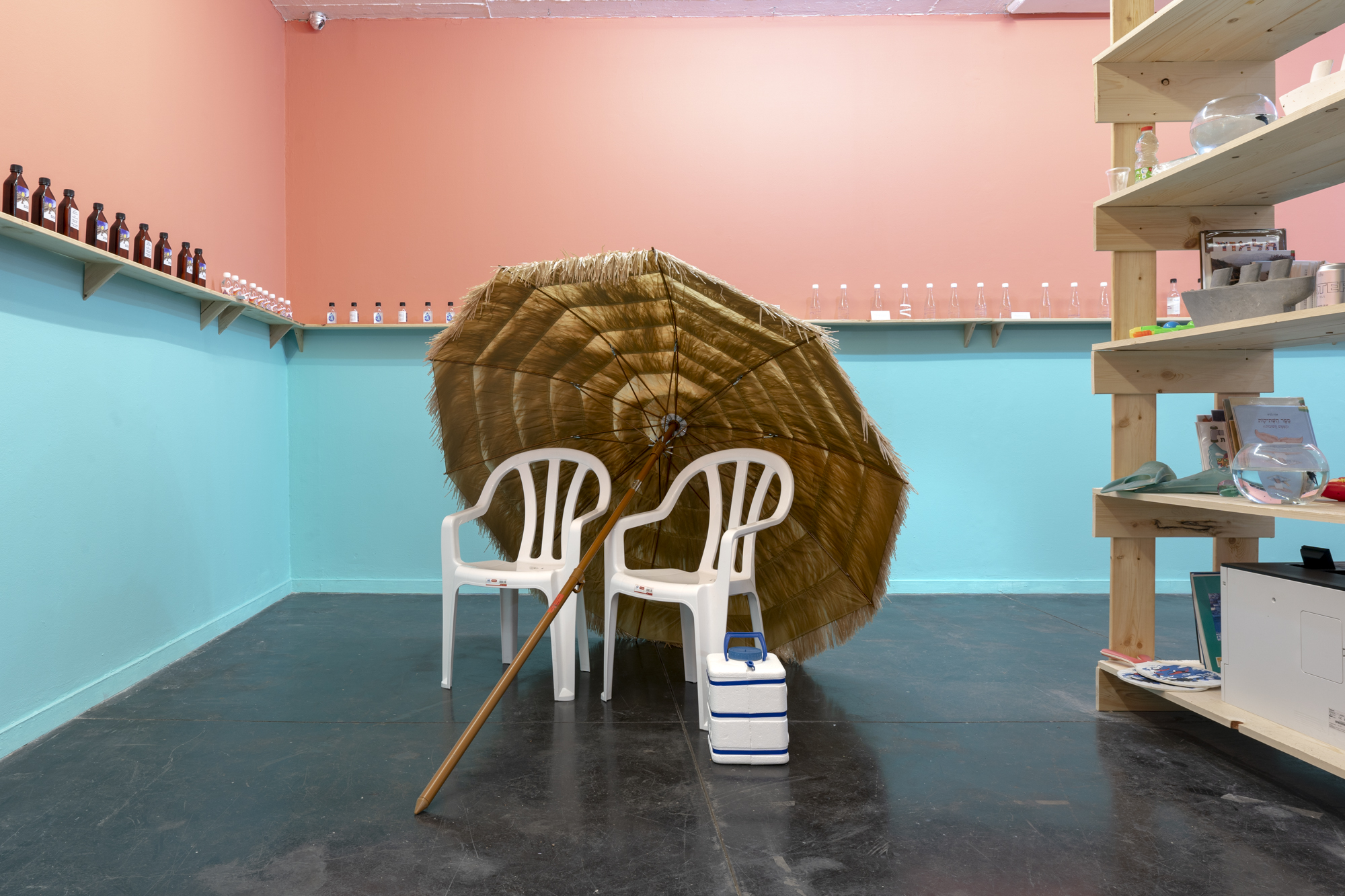 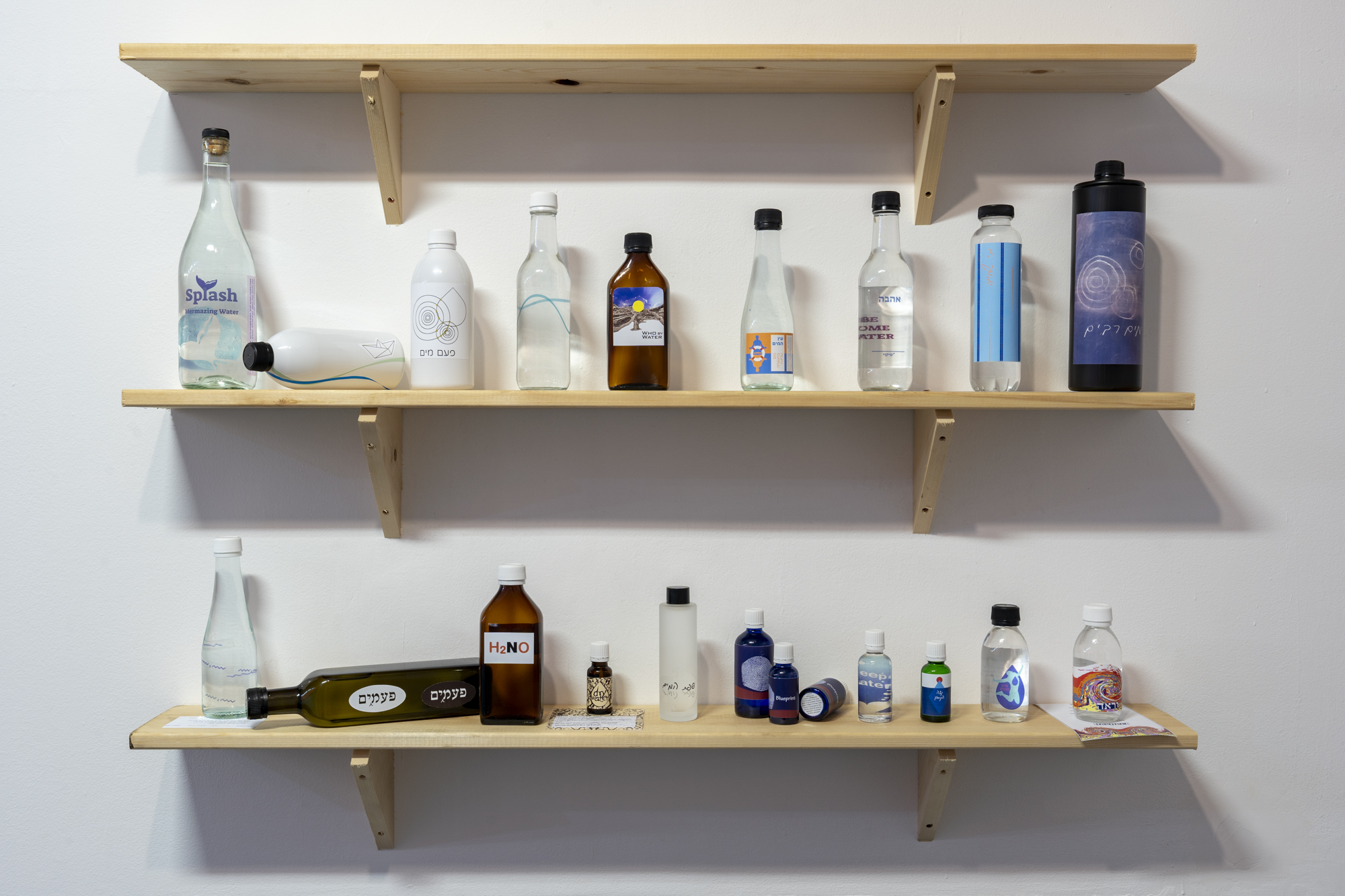 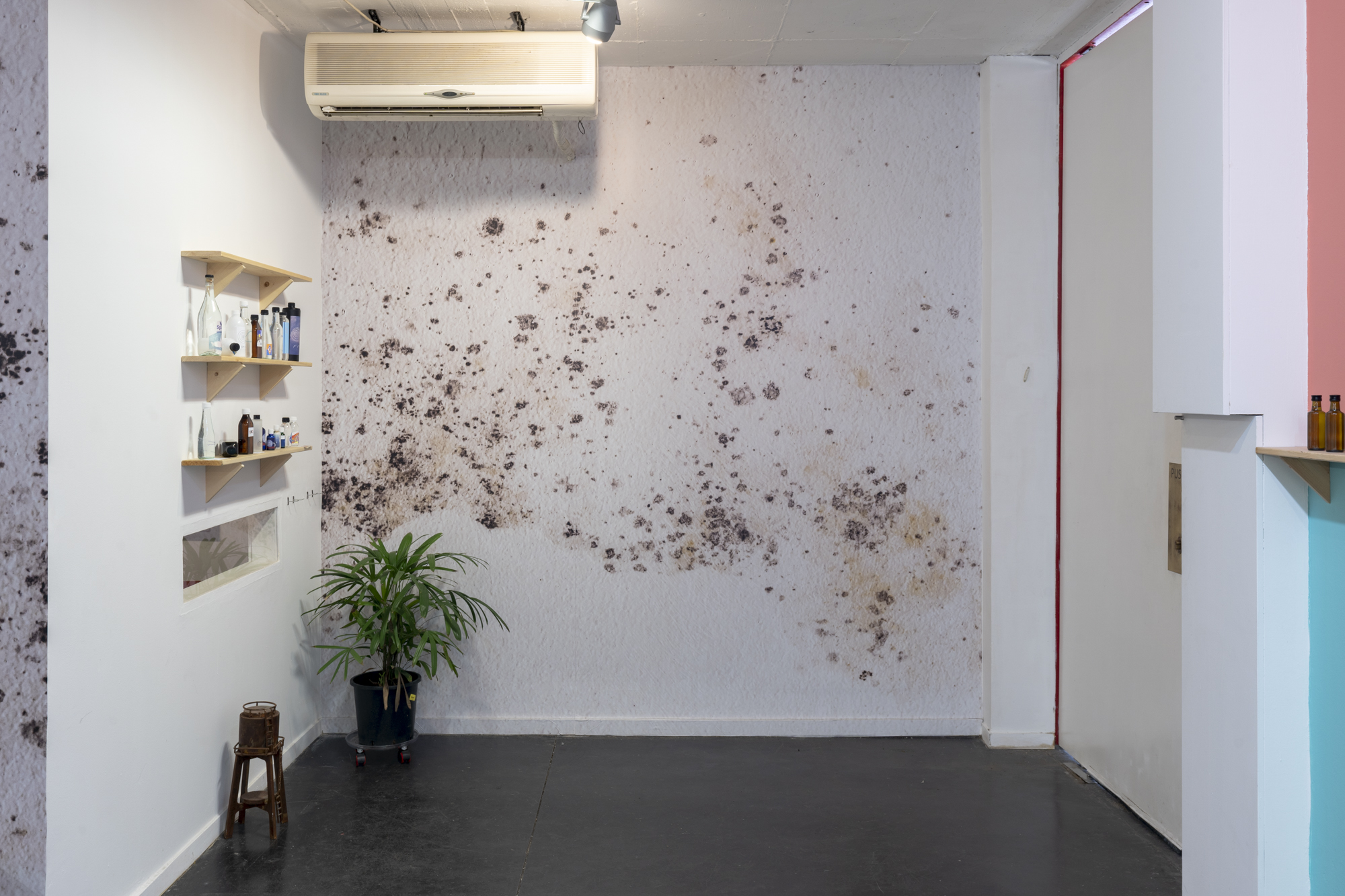 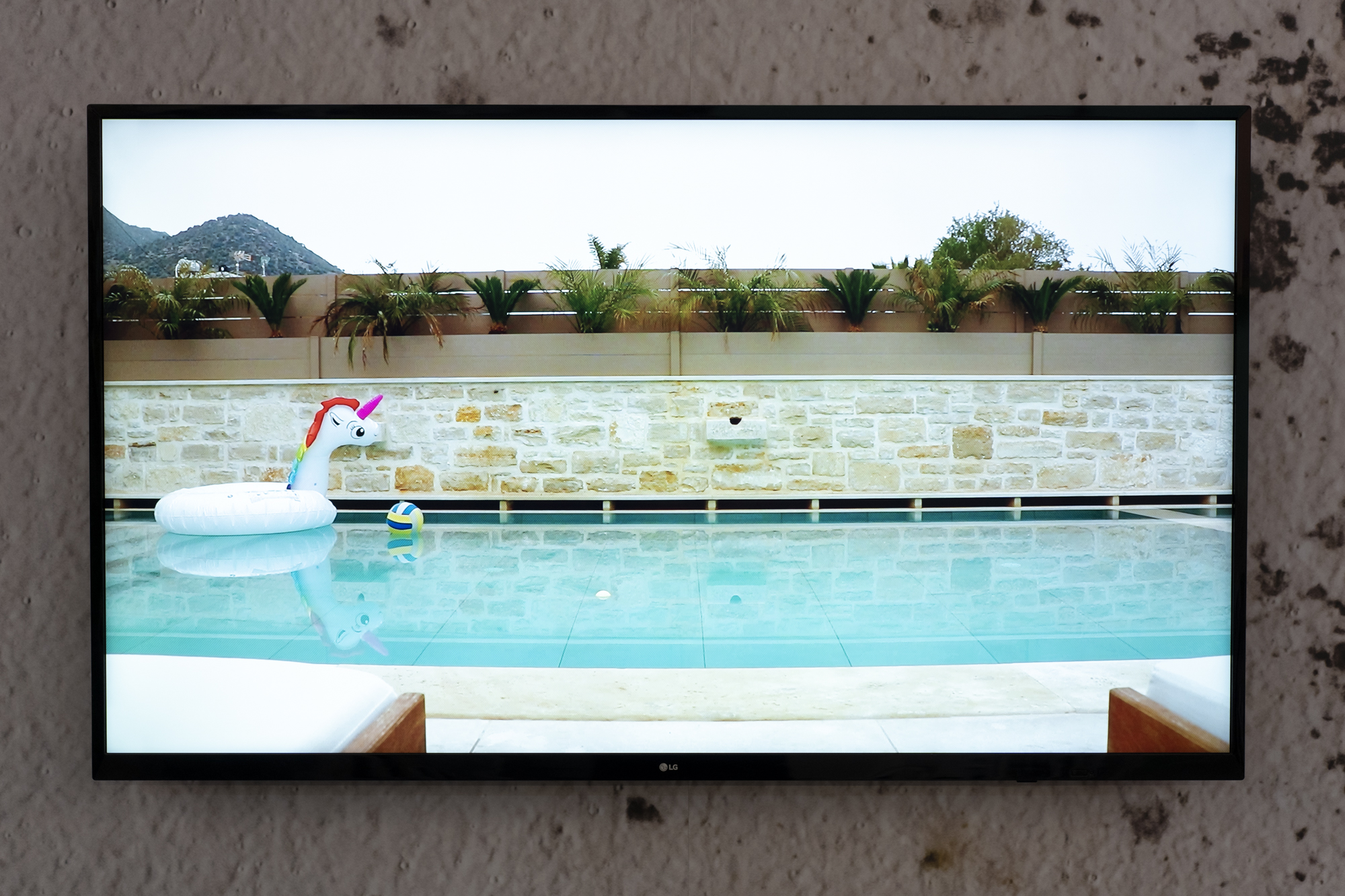