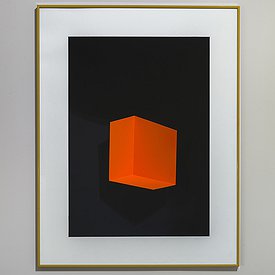 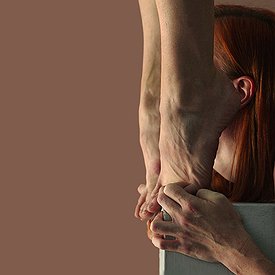 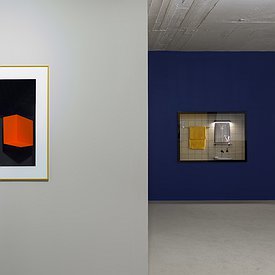 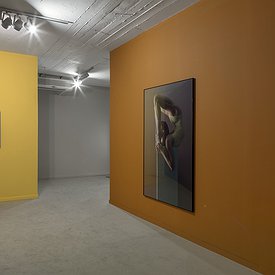 Noa Yafe | Beyond the Distance - A Distance

Noa Yafe's solo show, "Beyond the Distance – A Distance," features new works in which the artist continues to develop her exploration of the mechanisms behind the appearance of images and their modes of production. Some of the works are three-dimensional sculptures, which not only derive from photography, but also appear as photographs. Other works are framed photographic prints. During the spectator's encounter with the works, the three-dimensional object dissolves into a two-dimensional image, only to then reappear – a back-and-forth movement between different image-making languages (the sculptural and the photographic) and between object and image.

In this exhibition, while every work creates an independent visual cosmos – one that has its own set of rules for materializing and dematerializing – each of them also functions as a component of a wider environment, which is the exhibition. Reorganizing the space, reshaping it, painting and covering it, Yafe turns the exhibition, in its totality, to an artwork in and of itself.

"Beyond the Distance – A Distance" is an enigmatic show that points to mental spaces through mirrors, colors and textures. It combines geometry, topography, body, and mundane objects. is interested in situating the mystical experience in relation to the concrete, physical and material world – a relationship she addresses by exposing and constructing the fallacy of the gaze and by extending a call to the viewer to complete the image through interpretation, fantasy and memory. The artworks are translated in our senses to forms and materials that jointly define a place: iron, sand, sky – crumbling rock face, an arched body, and blurry horizons.

The term "distance" appears twice in the show's title and is a key element in its creation. The title is taken from a 1932 poem by Yocheved Bat-Miriam (1901-1980), describing a scene unfolding in front of the poet's eyes, where behind every distance lies another distance, and before every horizon – multiple horizons. These words outline the ever-multiplied, infinite distances and horizons as the fundamental conditions for sight.

The nature of a distance and its permanence as an inevitable condition of human sight and experience is at the heart of Yafe's work. As Dan Miron observed in relation to Yocheved Bat-Miriam's poetry, the use of distance in Yafe's works also creates a dynamics "whose origins are both emotive (yearning, love, longing for closeness)  and conceptual-metaphysical."[1] Some of the works detail an entire universe unfolding in front of the viewer's eyes, while others open up an optical gap that cannot be filled up without the spectator – a void that is alternately being emptied and made full during the process of observation.The interchanging of photography and sculpture's bi- and tri-dimensionality is also a literal and allegoric play on proximity and distance. In the work "Distance," for example, Yafe sculpts a mirror reflection of a domestic bathroom, turning closeness into another level of distance.

Noa Yafe (b. 1978) lives and works in Tel Aviv. Yafe received her BFA from HaMidrasha School of Art, where she also completed her post graduate studies in 2012. Her solo exhibitions include the CCA Tel Aviv, MoBY (Museums of Bat Yam) and RawArt Gallery in Tel Aviv. Yafe's works have been exhibited in various group exhibitions around the world in venues such as The Tel Aviv Museum of Art, Kunstraum Kreuzberg/Bethanien in Berlin, The Tel Aviv University Gallery, Primary Projects in Miami, The Artists House in Jerusalem, The Artists Studios in Tel Aviv, Hamidrasha Gallery in Tel Aviv, Bat Yam Biennale of Landscape Urbanism, Minshar Gallery in Tel Aviv, and Paint Box Gallery in New York. Yafe received various scholarships and awards, including Artis Grant and the Young Artist Scholarship of the America Israel Cultural Foundation. Her works can be found in public and private collections, including The Israel Museum Collection and The Tel Aviv Museum of Art Collection. 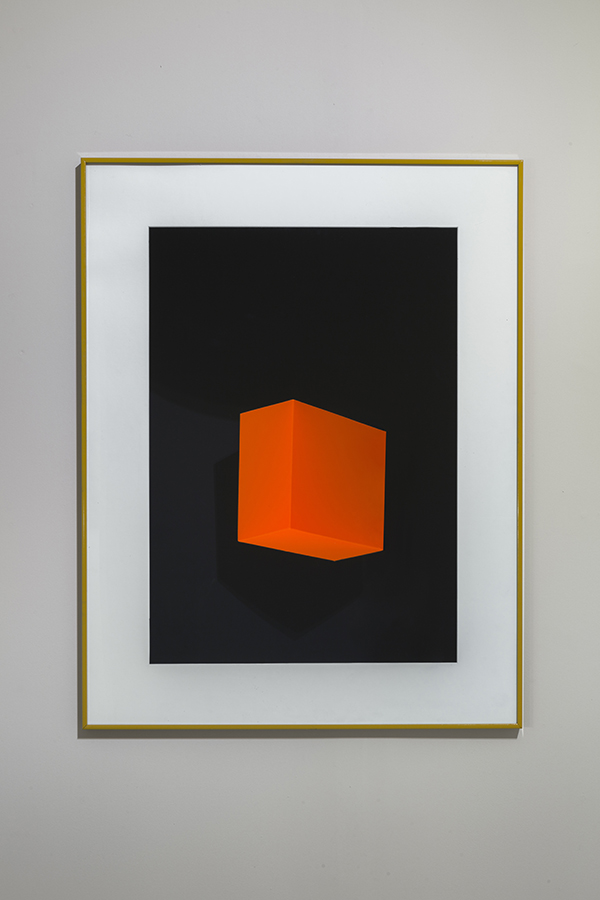 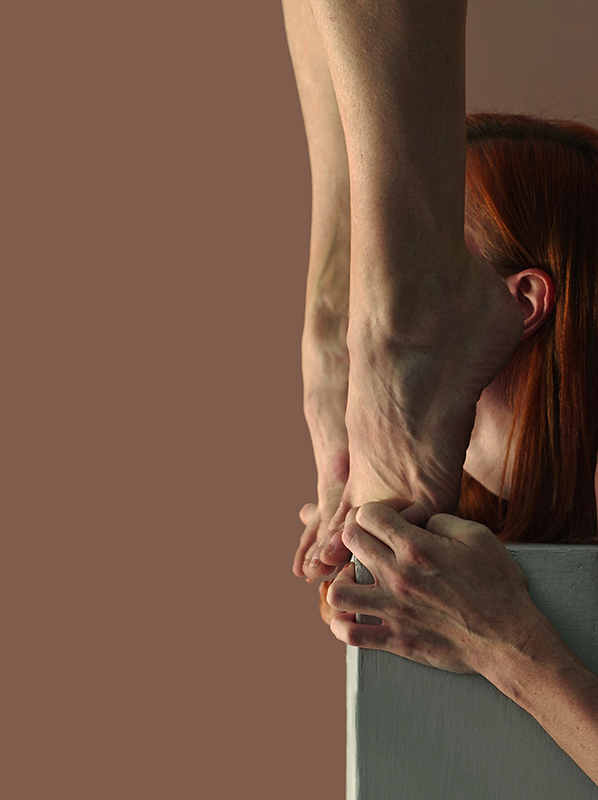 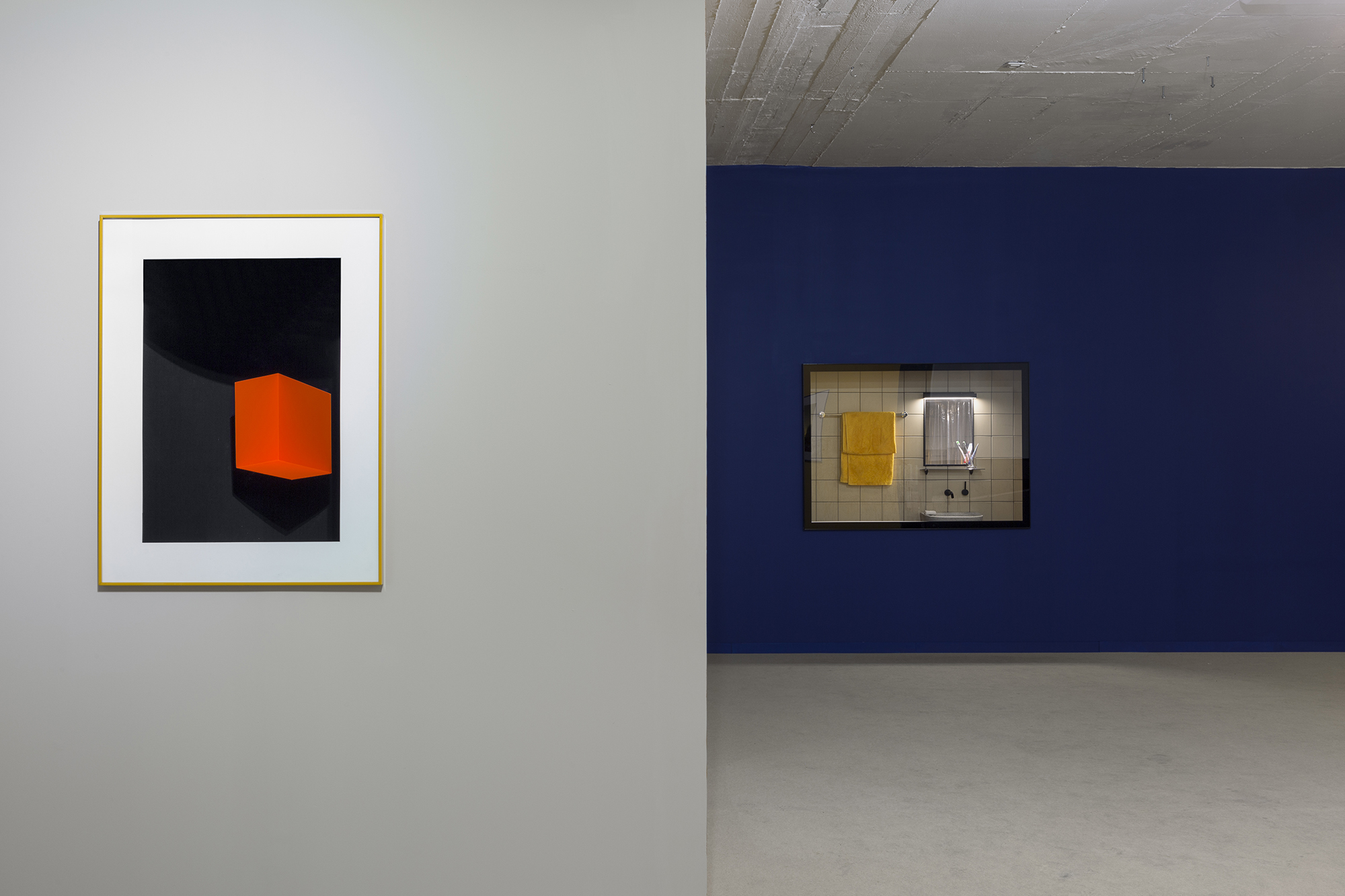 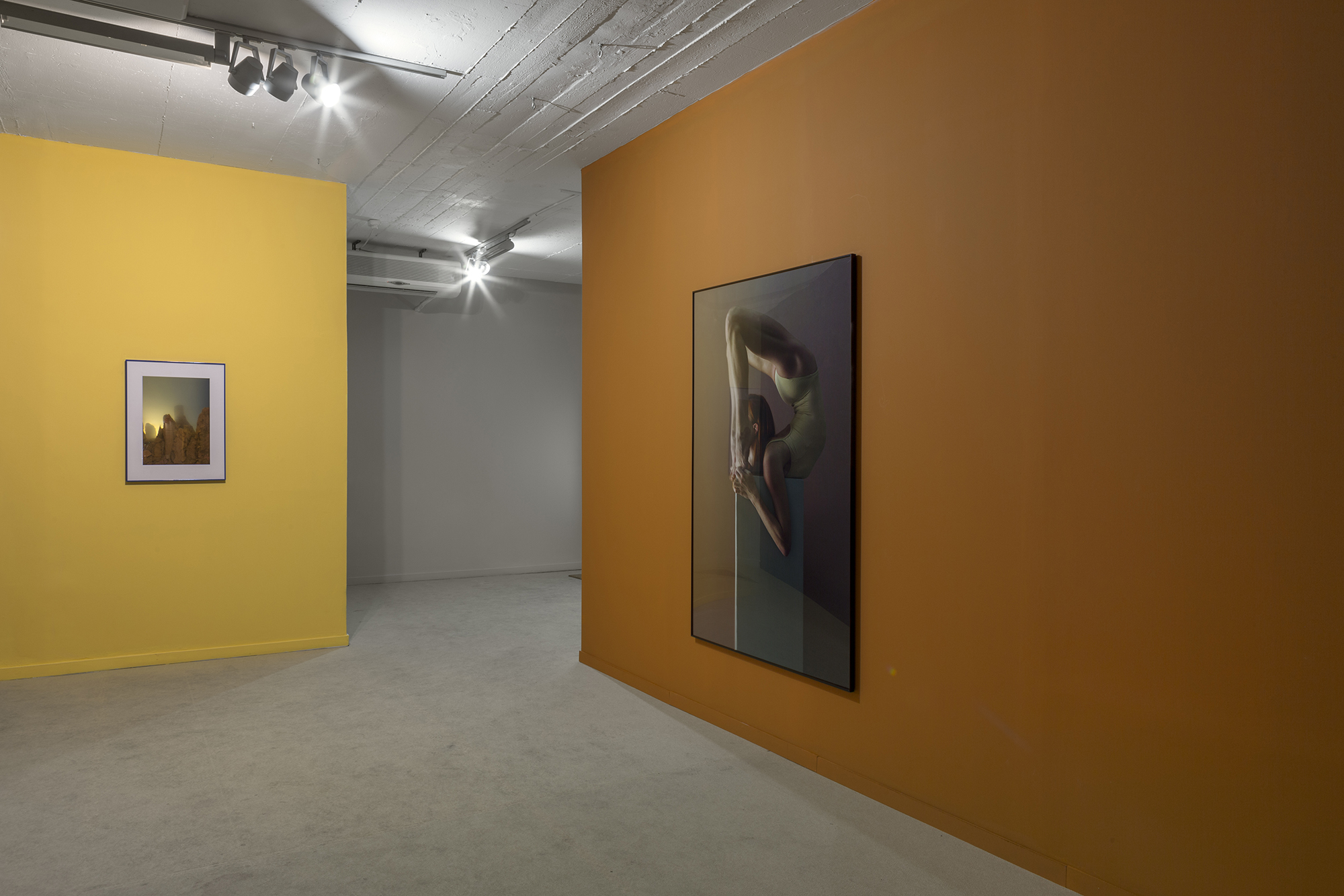