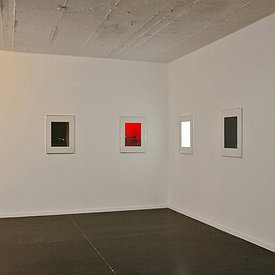 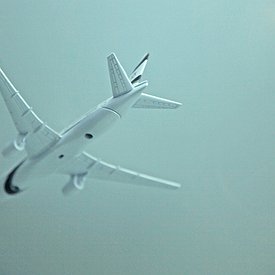 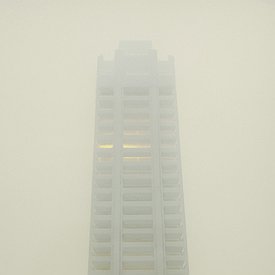 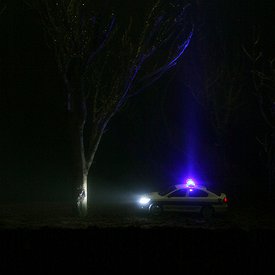 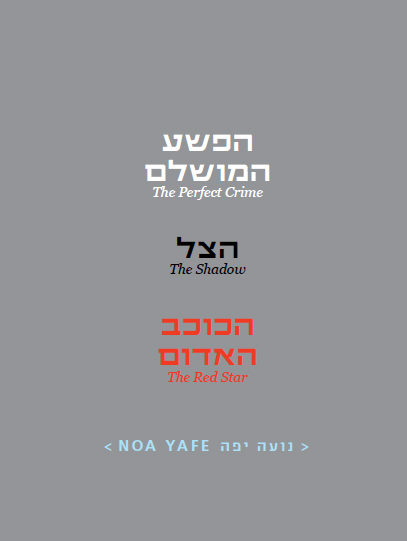 The title of Noa Yafe's solo exhibition, much like the works exhibited in it, carries a range of connotations – political, formalistic, and symbolic ones. "The Shadow" relates to lighting and perspective, while also conjuring mystery and suspicion. It implies reflection and duplication, and refers to the law and to crime. It points to a division between good and bad, and therefore – to ideology. Finally, a shadow indicates an inseparable companion – both a following gaze coming from the outside, and an echo one finds of him/herself in their dark reflection.

In this exhibition, Yafe continues to develop her wall-dioramas – three-dimensional sculptures, which not only derive from photography, but also continue the medium's dynamics by complicating the relationship between two-dimensionality and three-dimensionality throughout the works' encounter with a spectator. In these works, the three-dimensional object dissolves into a two-dimensional image, only to then reappear – a movement that is instigated by distance and observation – by the body and the eye. One finds this back-and-forth movement not only in the fluctuation between different image-making languages (the sculptural and the photographic) but also in the oscillation between various meanings and connotation, which, eventually, dissolves the distinctions between the self and the other.

The shadow stands in the center of two Greek myths, two allegorical origin stories about the visual image that also contain references to sculpture. In Pliny the Elder's story, the maid of Corinth, daughter of Butades the potter from Sycion, draws on the wall an outline of the shadow of the face of her lover, who recently left for another country. Following this shadow tracing, which Pliny the Elder sees as the birth of painting, Butades turns his daughter's outlined image into a three dimensional clay relief.*    The second origin story is Plato's allegory of the cave, in which the shadows projected on the cave walls represent a false apparition – the shadow of reality. For the prisoners chained inside the cave, these shadows (which are shadows of sculptures "of men and other living things" carried by passersby outside the cave) are the world as they know it. Even as the option presents itself to look in the other direction, towards the light, and to free themselves of their chains, it is the fear of blindness that causes these men to stay blind.

Presenting us with contemporary appearances of shadows, Yafe's works are constructed in a way that does not allow us to differentiate the physical shadow as a consequence of light (found in the cast shadow of a skyscraper, or in any photograph) from the shadow as a social, political and ideological projections or implications of the same elements (for instance, the way in which skyscrapers redefine the contemporary urban space). In her works, the artist plays with the visual conventions of photography, cinema and advertising, borrowing different elements from these realms, while rebuilding them as models, lingering on their details, and readjusting their illusions and effects.

Noa Yafe (b. 1978) lives and works in Tel Aviv. Yafe studied photography at the School of Visual Arts in New York, and received her BFA from HaMidrasha School of Art, where she also completed her post graduate studies in 2012. Her solo exhibitions include MoBY (Museums of Bat Yam) and D&A Gallery for Contemporary Photography in Tel Aviv.

Yafe's works have been exhibited in various group exhibitions around the world in venues such as Primary Projects in Miami, The Artists House in Jerusalem, Hamidrasha Gallery in Tel Aviv, Bat Yam Biennale of Lanscape Orbanism, Minshar Gallery, The Tel Aviv University Gallery, and Paint Box Gallery in New York.

Yafe has participated in the residency program of the Cité des Arts in Paris, and was awarded the Keren Sharet ‘Young Artist Scholarship’ from the America Israel Cultural Foundation.

*For an elaborate account of these stories and their relation to art and visual culture, see: Hagi Kenaan, "Tracing Shadows: Reflections on the Origin of Painting," in Christine B. Verzar and Gil Fischof (eds.), Pictorial Languages and Their Meaning (2006), 17-28 and Victor I. Stoichita, A Short History of the Shadow, London: Reaktion Books, 1997. 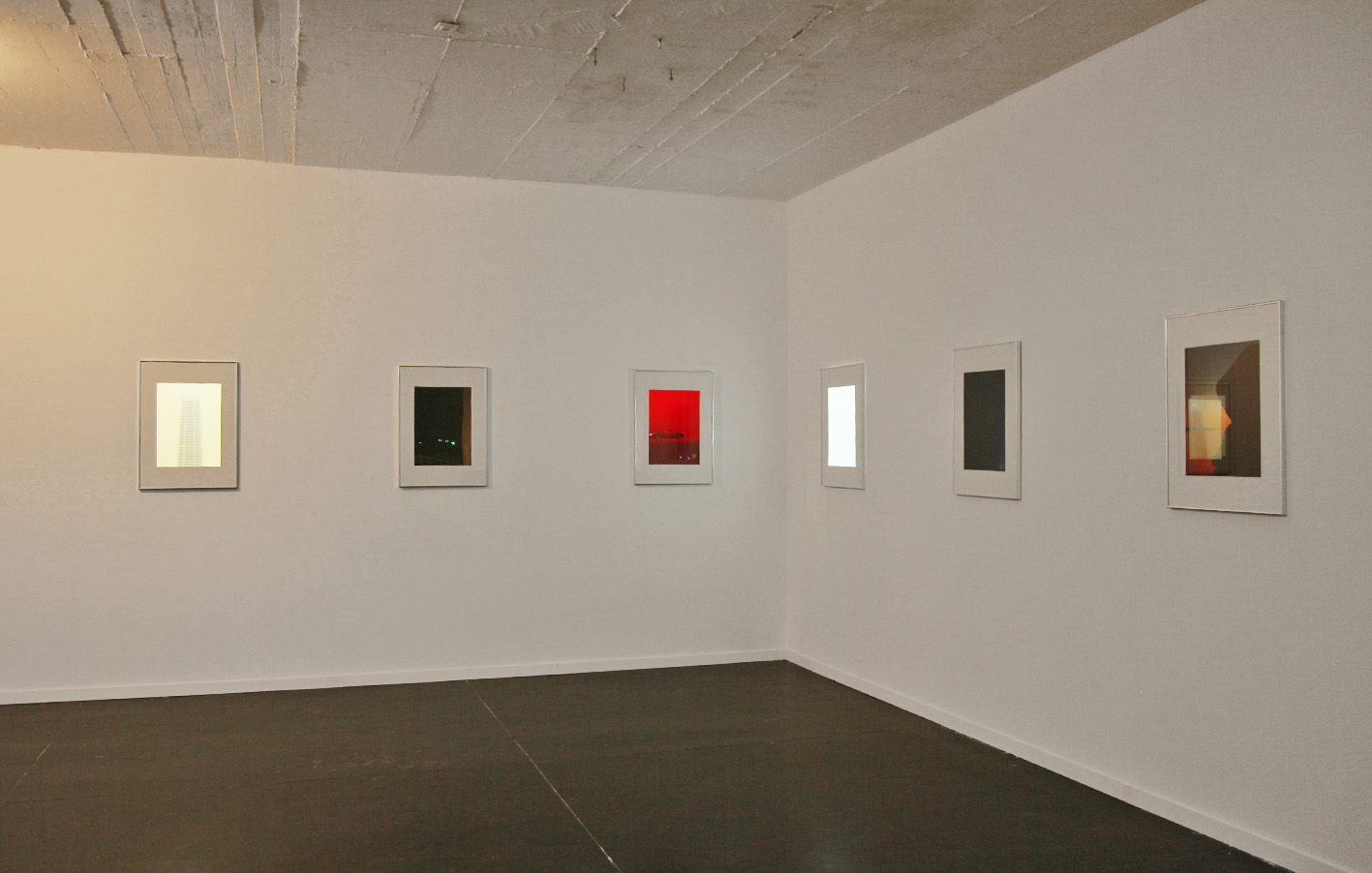 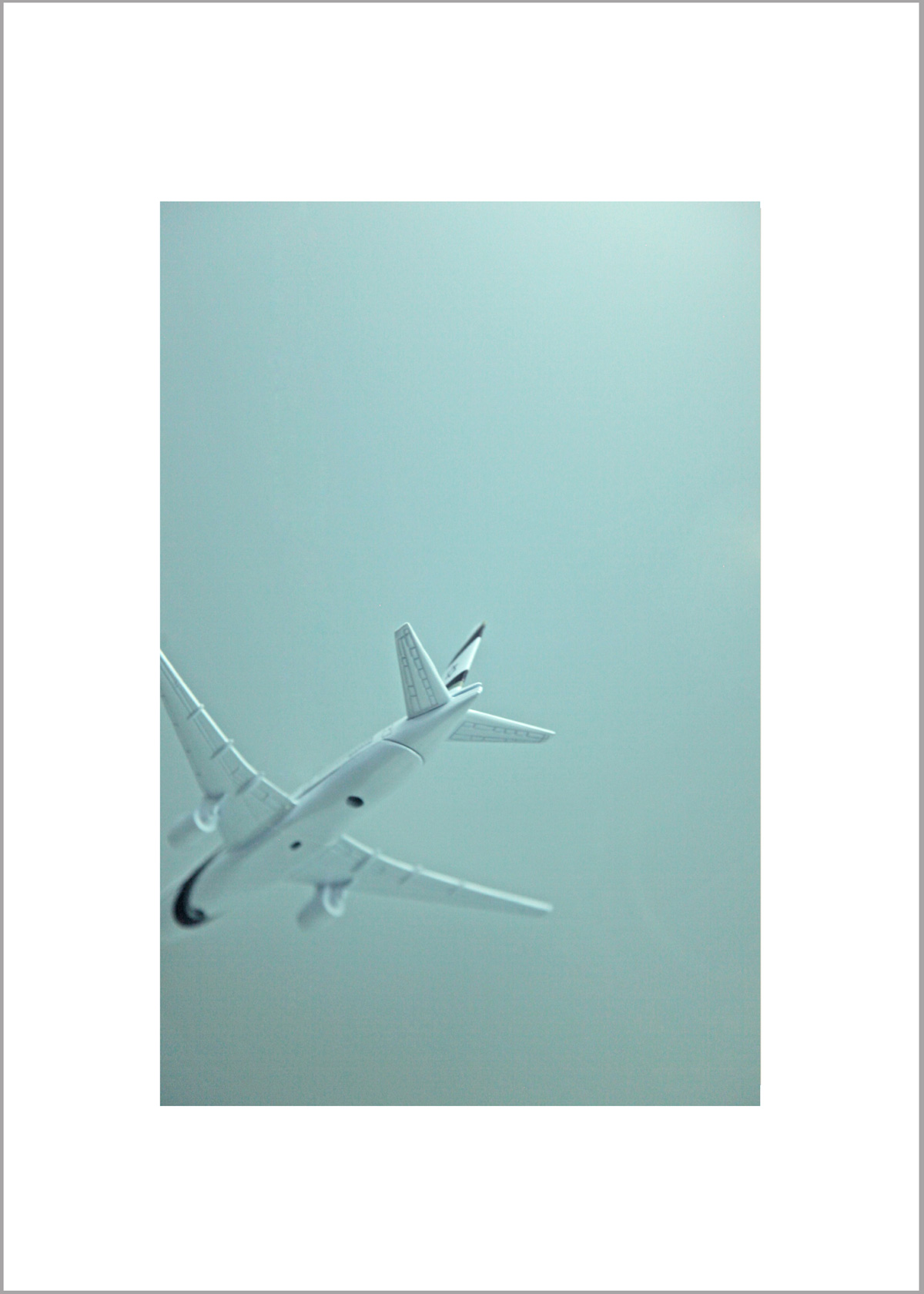 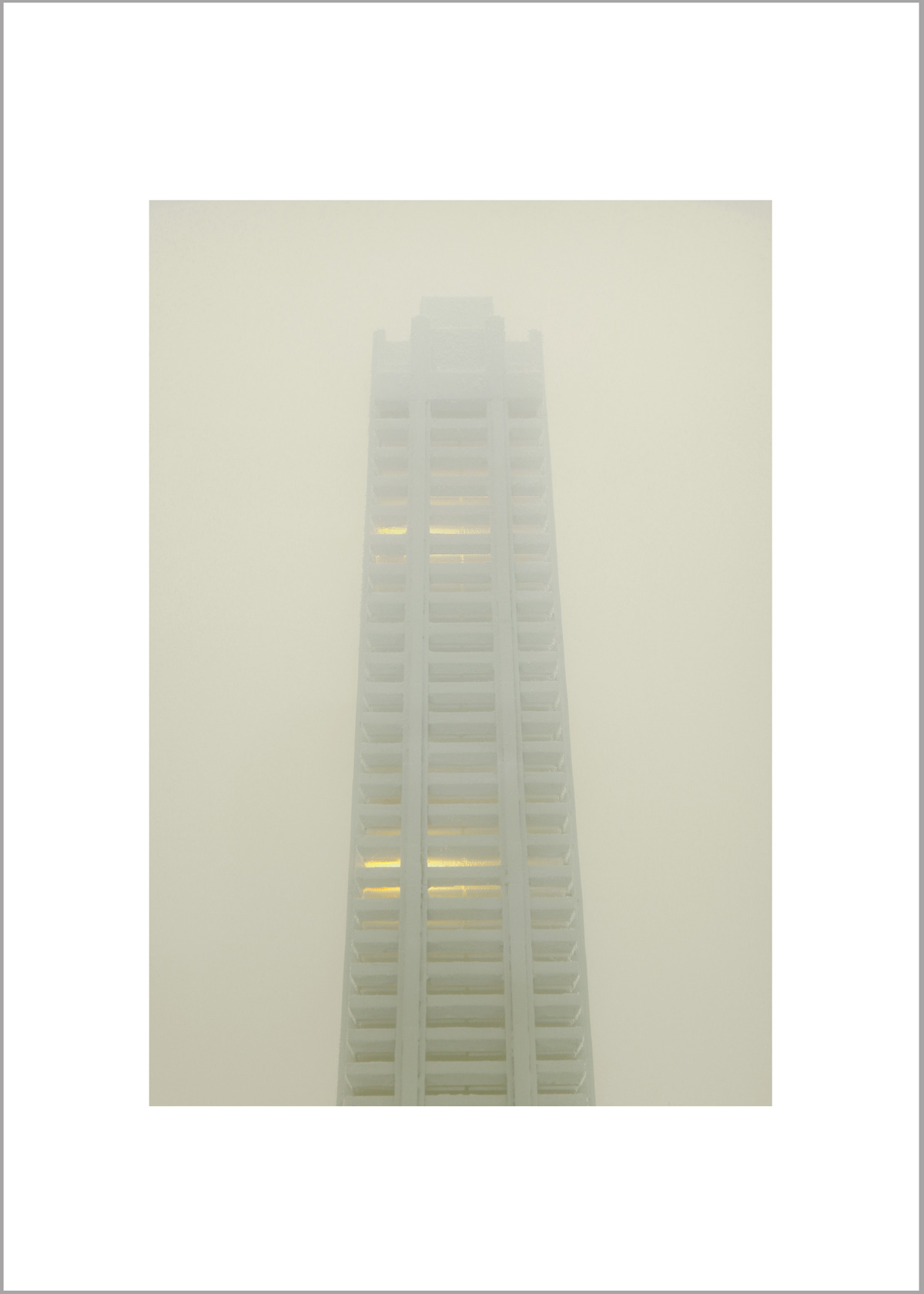 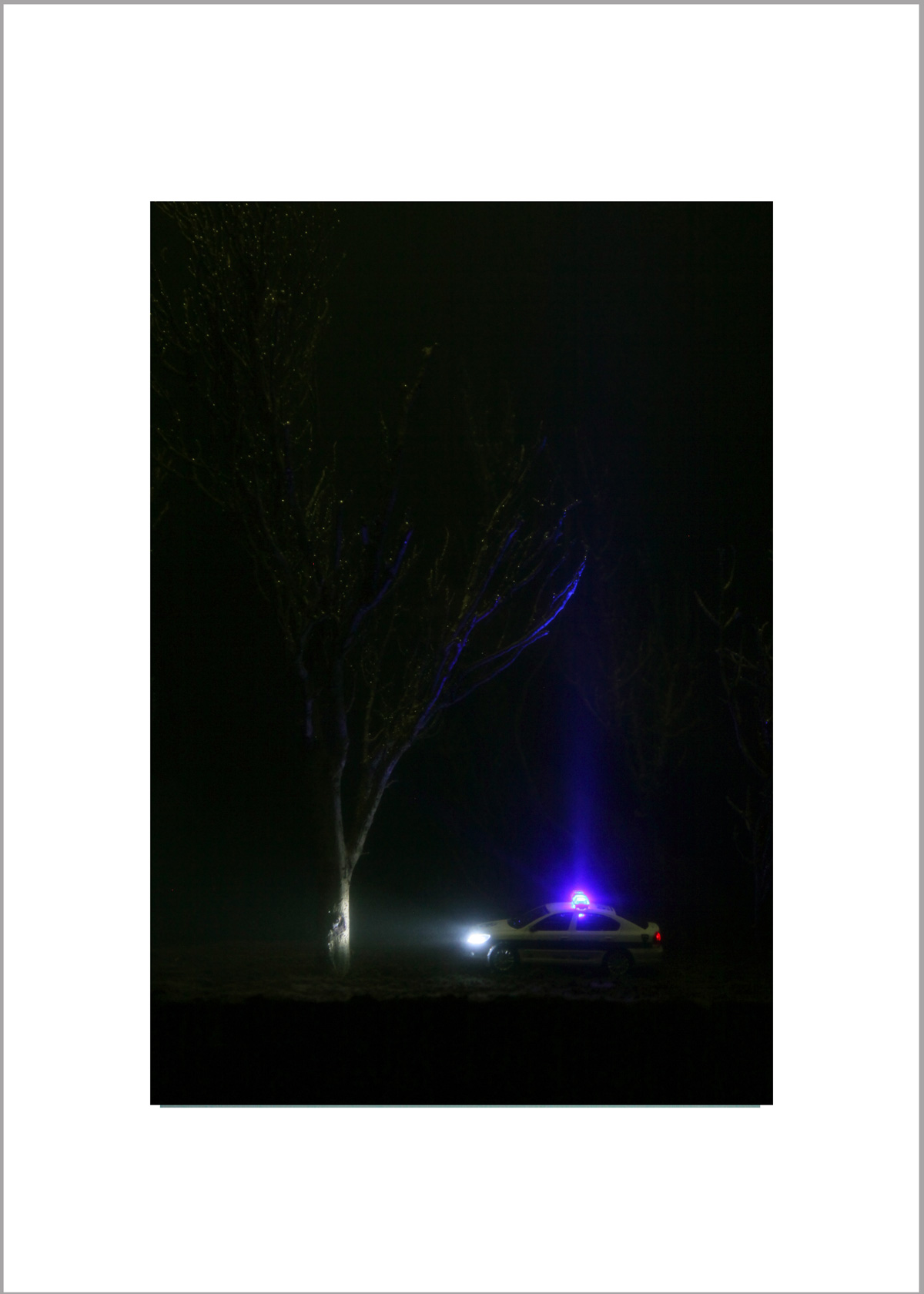