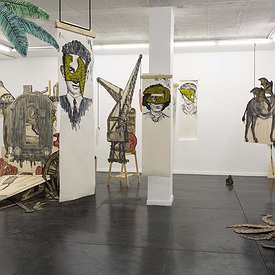 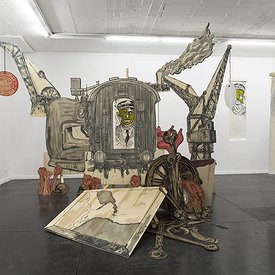 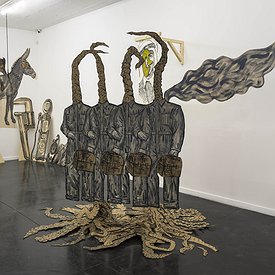 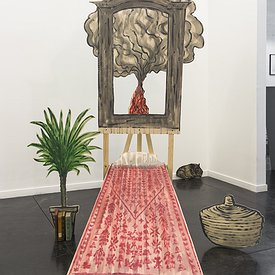 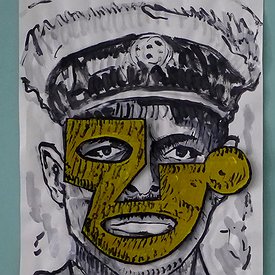 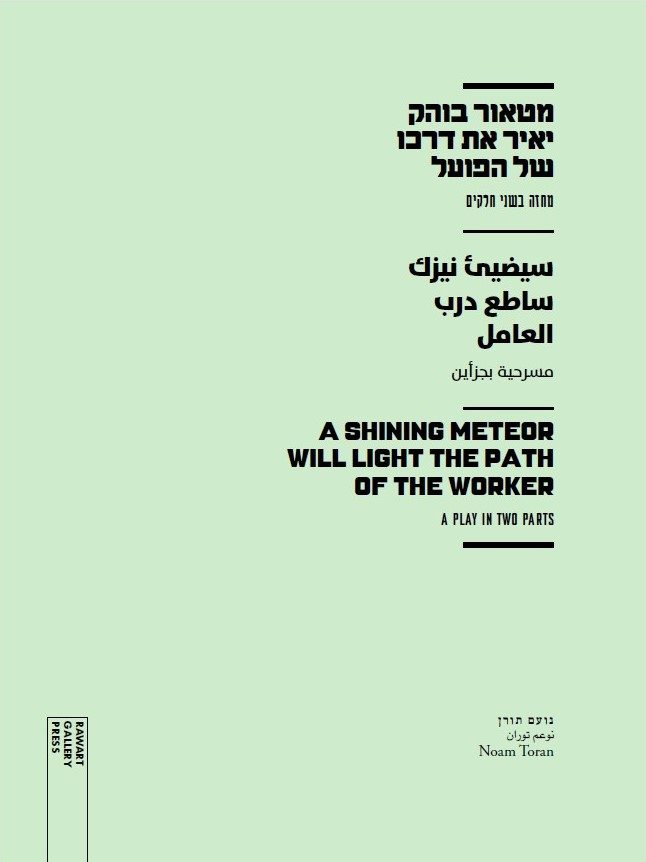 "A Shining Meteor will Light the Path of the Worker" is Noam Toran's first solo show in Israel. The exhibition takes as its catalyst a quiet, under-acknowledged historical occurrence: the railworkers strikes of the mid 1930s in Haifa and the activity of joint Arab-Jewish worker’s unions in Palestine of the period. Dramatising the events and political intricacies which surrounded the strikes, Toran has imagined an original theatrical production as if performed by a workers community theatre from the period. The play weaves historical, satirical and supernatural narratives, and is manifested in the gallery through its different parts (a synopsis, sets, props, etc.).  Proposing an alternative, ‘citizen-based’ historiography, the exhibition draws visitors into a dynamic, messy engagement with local myth making as it relates to national identity formation of the period and Israel's contentious socialist credentials. A program of public events will take place during the exhibition, expanding the story through different actions.

The project stems from the artist’s long-term engagement with political theatre and performativity from the first half of the twentieth century. Ongoing since 2013, Toran's research has informed a series of site-specific installations and theatrical adaptations which coalesce fictional and factual material, and which provide a platform –or stage– for citizen-voiced historicisations and critical discourse. His 2017 solo show "The Jungle," at the Plymouth College of Art Gallery,  adapted Upton Sinclair's 1906 book of the same title, which described the harsh living and working conditions of the meat industry in early 20th century Chicago. A year before that, in 2016, Toran collaborated with Onkar Kular to create " Night School on Anarres: Imaginings of an Anarchist Utopia" in London's Courthauld Institute. Drawing from Ursula K Le Guin’s seminal sci-fi novel "The Dispossessed," this work functioned alternately as a sci-fi set, a classroom, and a roundhouse theatre.

Toran's current exhibition at RawArt Gallery is produced in collaboration with the Tel Aviv University Department of Theatre Arts, the Art Department at Bezalel Academy of Arts and Design, and with the generous support of Het Nieuwe Instituut. Half of the exhibition proceeds will be donated to "Bread and Roses," an initiative of WAC-MAAN- Workers Union and Sindyanna Fair Trade.

"The Gallery and the Labor Court," a guided tour in the exhibition and in the halls of the nearby Tel Aviv Labor Court: Monday, 18 June, 10:45am: a tour initiated and guided by advocate Kfir Lapid-Mashall. (RSVP by email: info@rawart-gallery.com).

Kfir Lapid-Mashall is a theater creator, interdisciplinary researcher and lawyer exploring public and labor law. He is the founder of Lapid Center for Art and Law (a social organization promoting and creating community-based art projects by individuals and members of vulnerable or disadvantaged communities whose human rights are breached and who suffer from injustice, discrimination, silencing or oppressing bureaucracy). 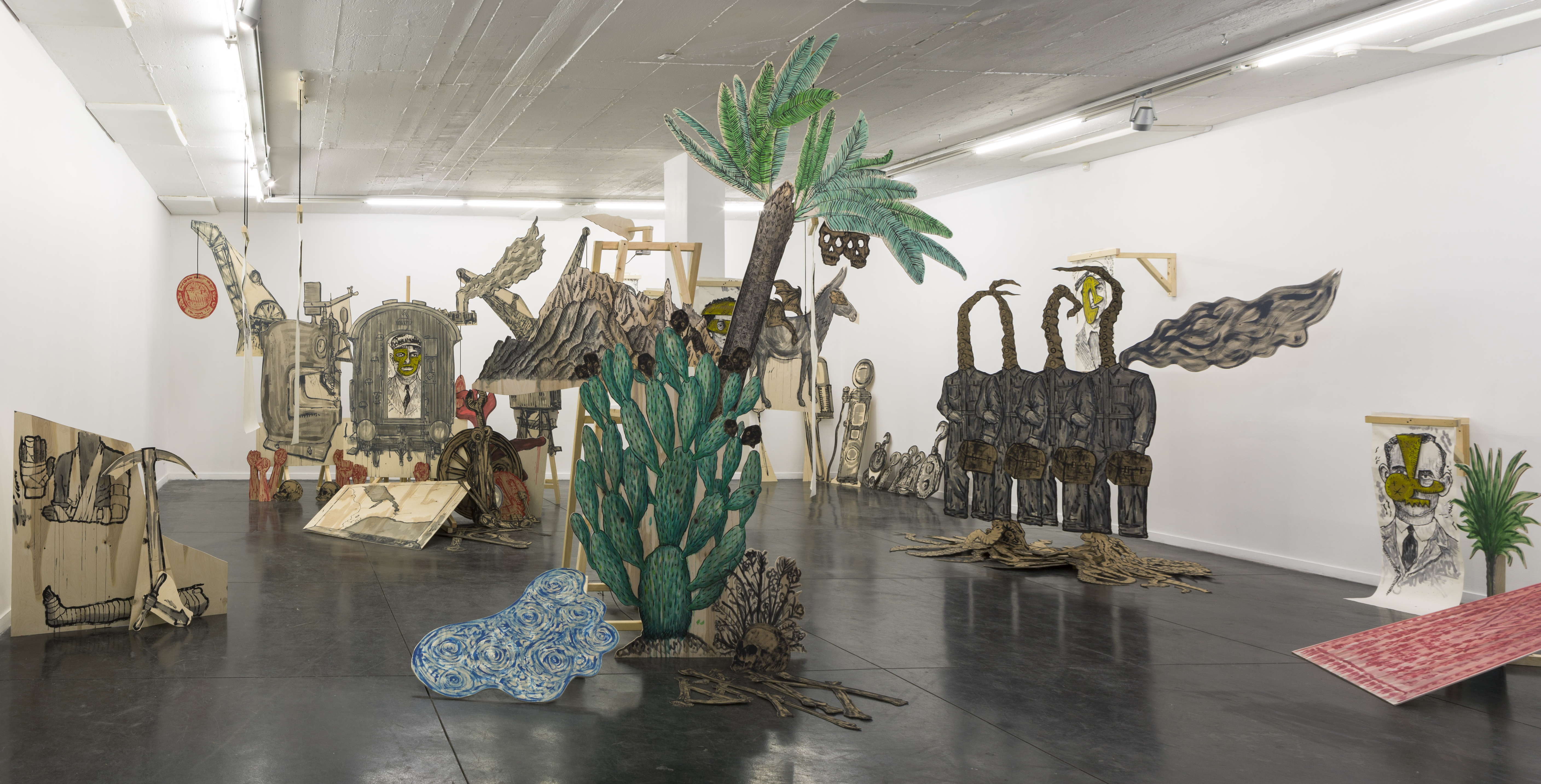 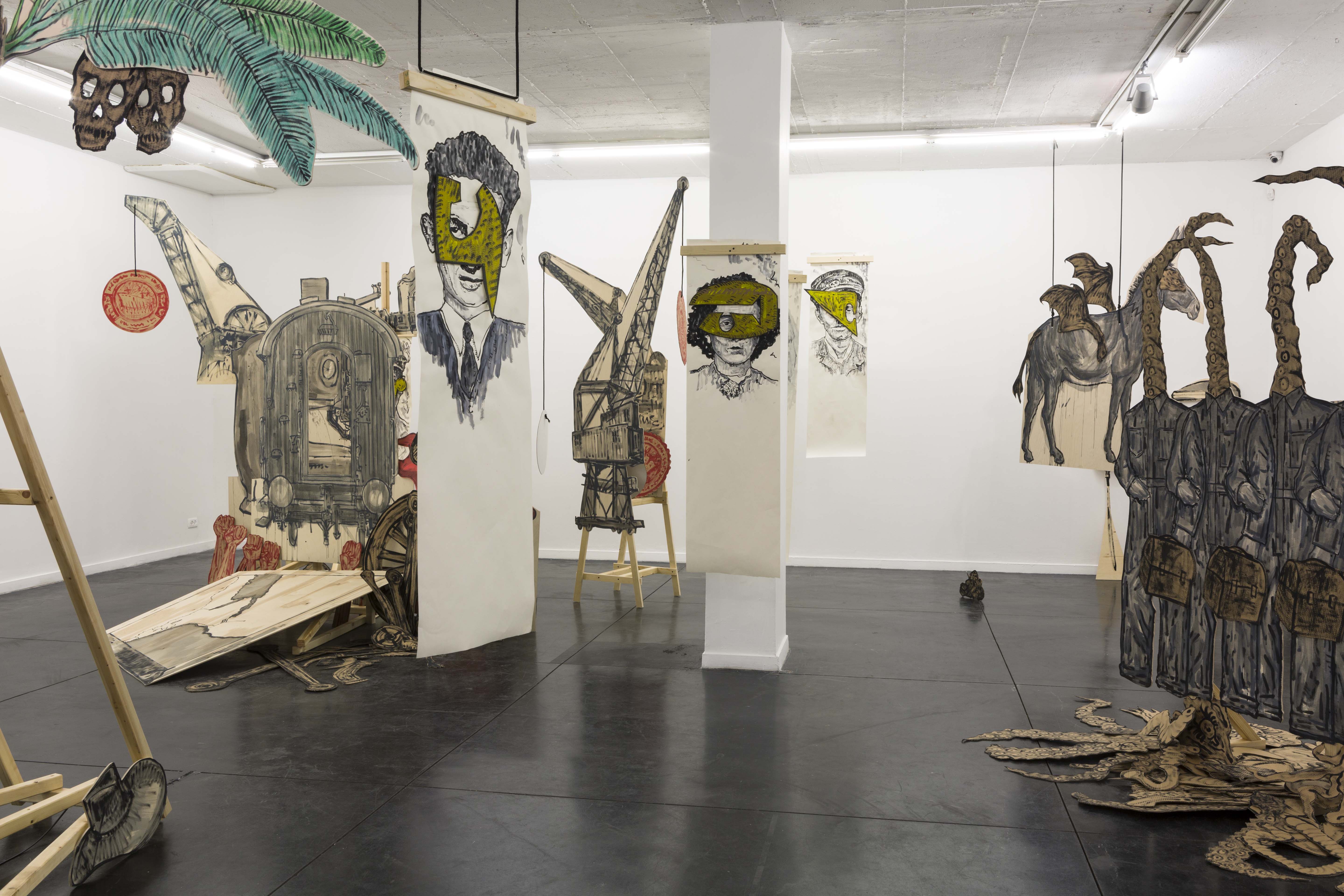 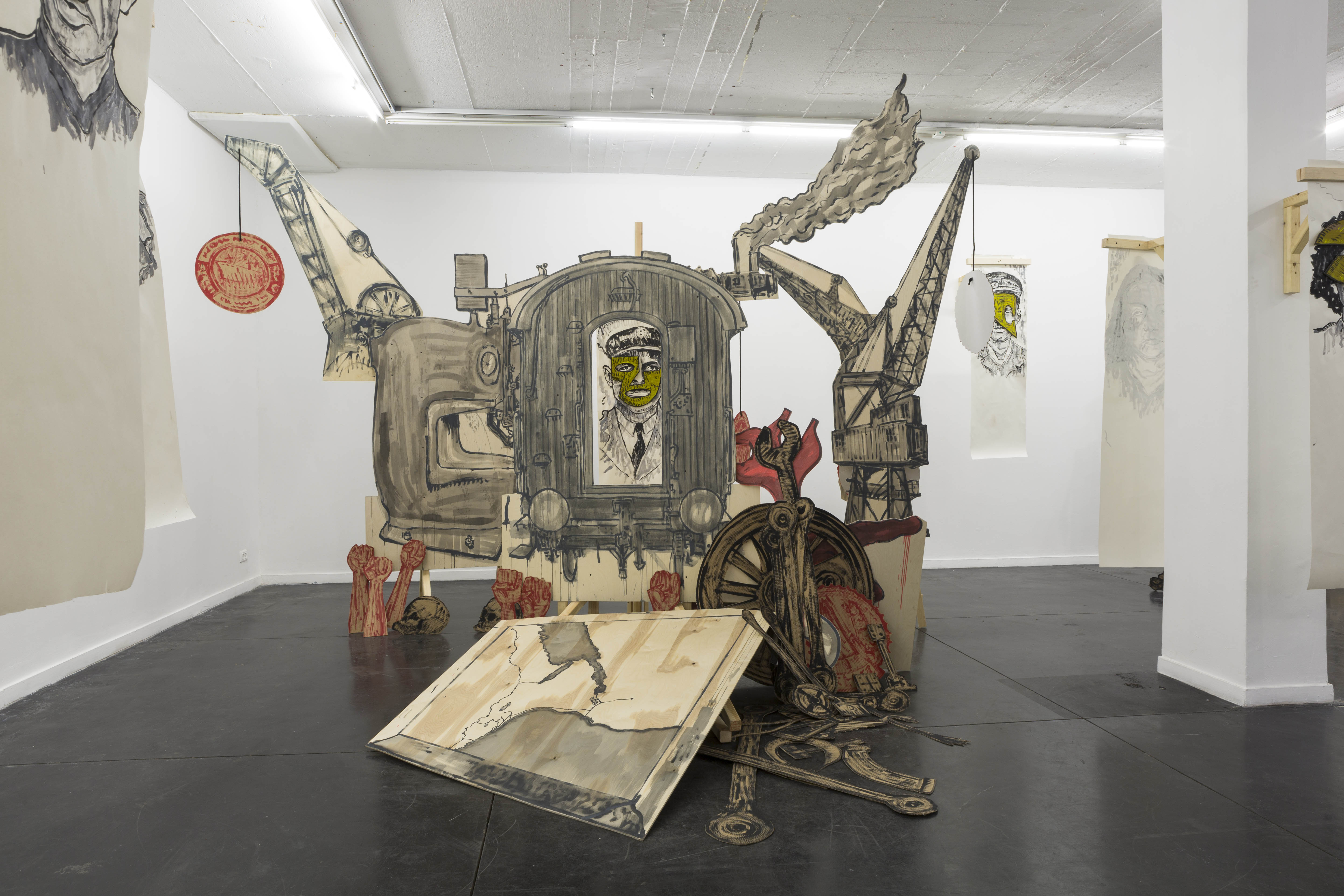 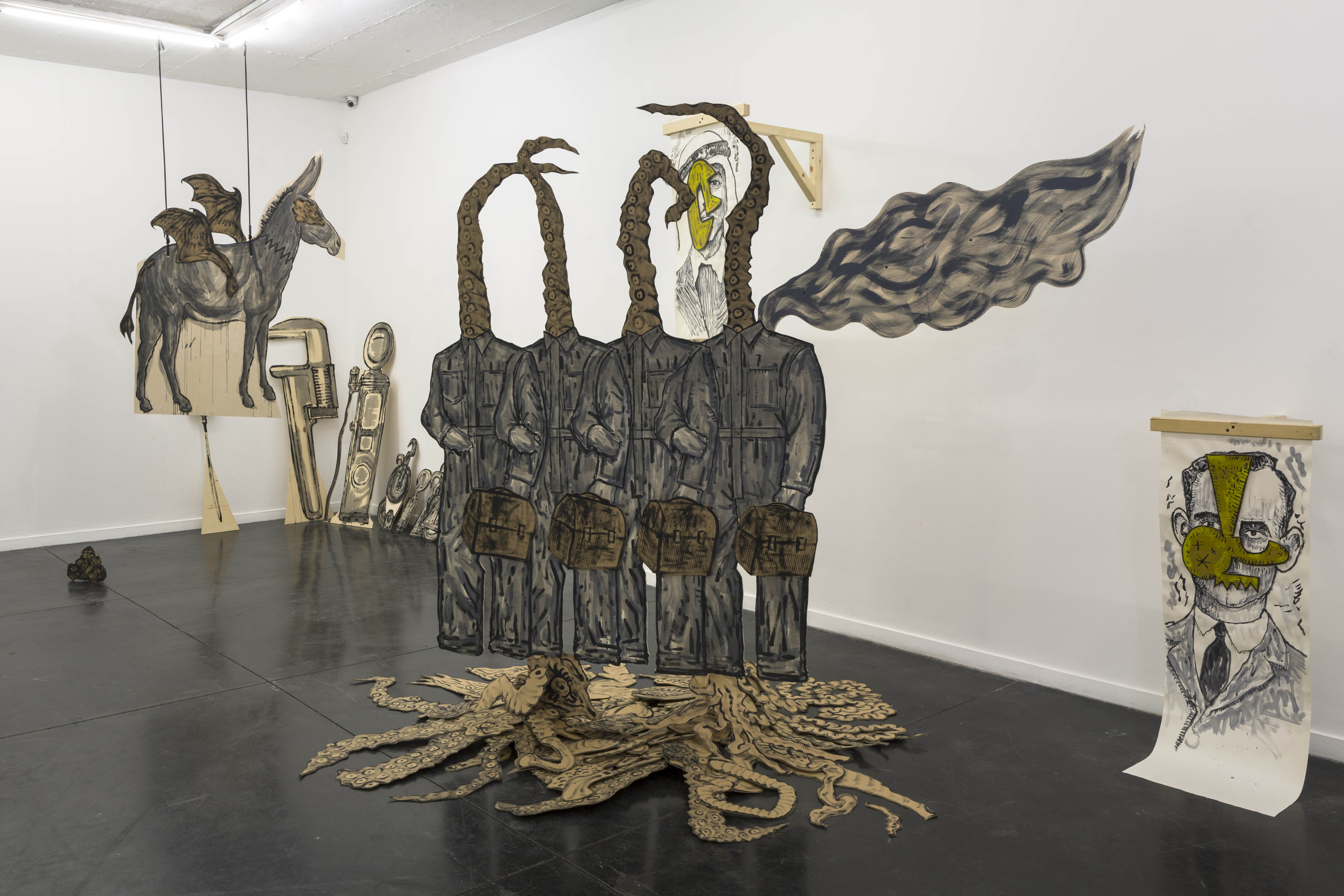 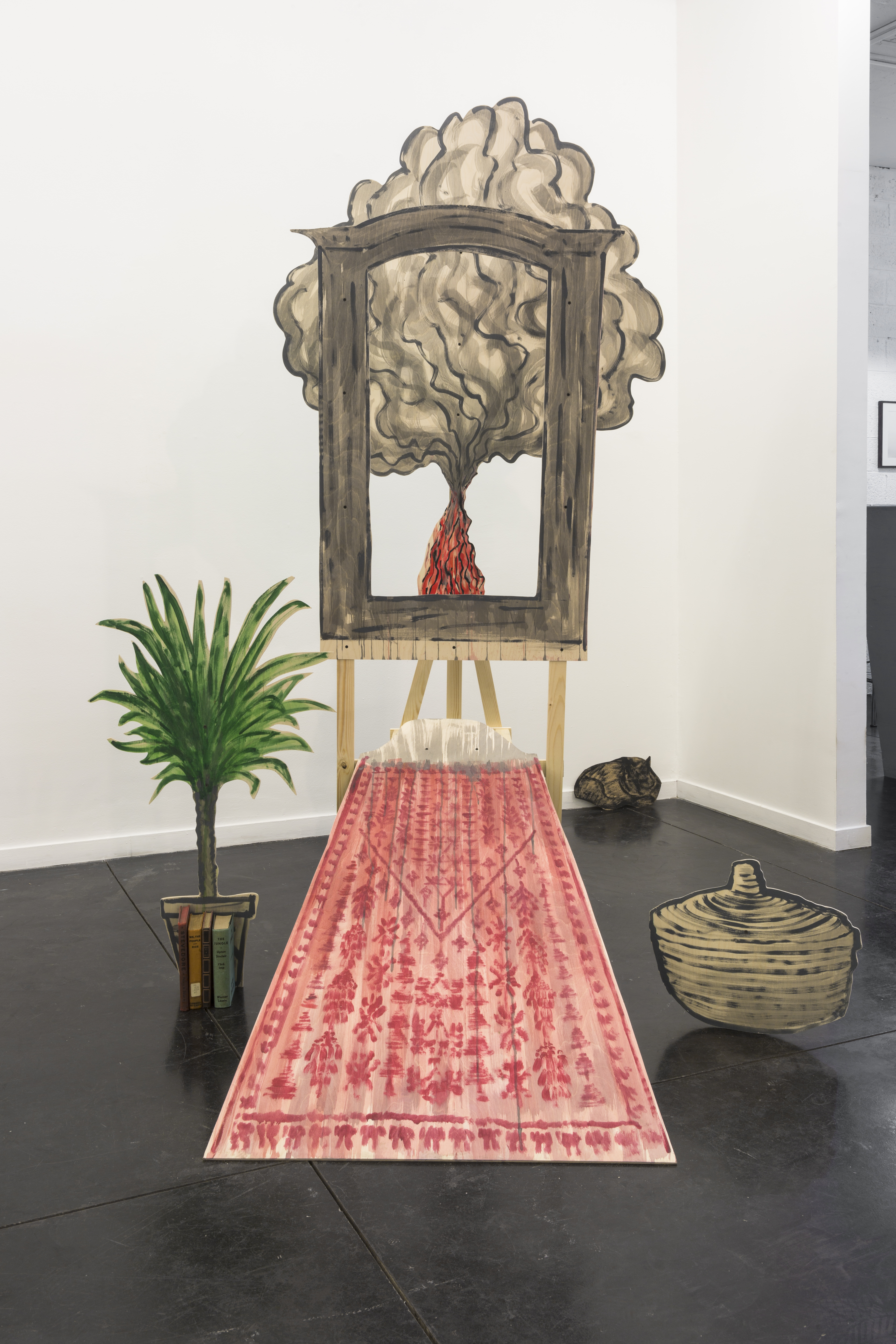 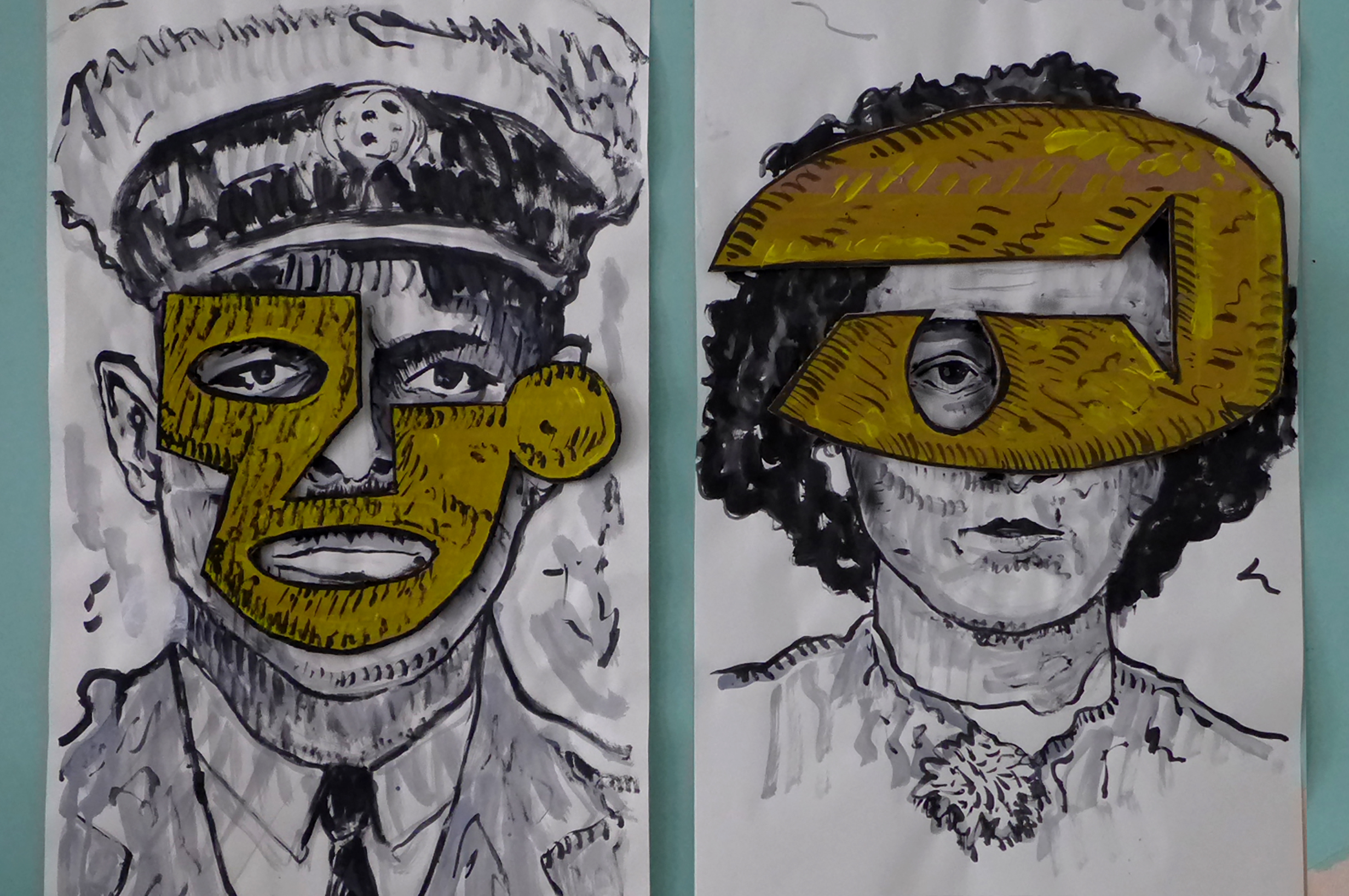