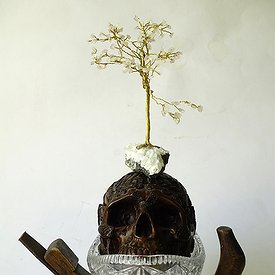 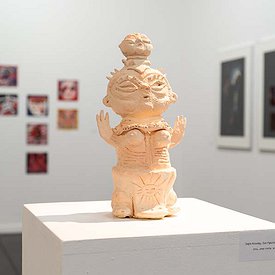 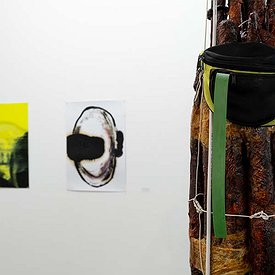 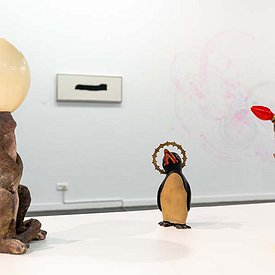 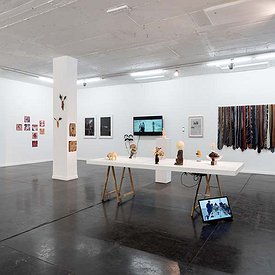 The exhibition "Raw Art" brings together the gallery's 19 artists for a group exhibition, the first since 2011 – an opportunity for our audience to see, in one single space, who we are now.

At the beginning of the week of installation, the gallery's artists and staff gathered for a festive dinner around a table placed in the center of the space. The meal, an abundant potluck of dishes prepared by the artists, and the dynamic that developed throughout the evening, had been documented on video; it is now displayed by the table in the exhibition space. Unlike works of art from 1990s that dealt with collaborative meals, among them Rirkrit Tiravanija's famous serving of Pad Thai at the Paula Allen Gallery in New York, our meal was not open to the general public. The video provides a glimpse into the pre-existing and interwoven relationships amongst the artists themselves, and between the artists and the gallery.

Maya Bamberger, curating her second exhibition at the gallery, has asked each artist to exhibit a work that deviates from their usual practice - executed in a medium foreign to them, or one that is less associated with them, or a work that remained abandoned in their studio, an unripened work, frozen in time, or that might mature in anticipation of or as a result of its display (and maybe then it would rot). Many of the artists went beyond the rational, to the twilight zone of dreams, to famillial memories, to works born of intuition, and to nonsense and fantasy.

Keren Gueller returns in her new video work to materials filmed ten years ago during a visit to her husband’s family in Argentina, exhibited alongside a wall installation made of the husband's grandfather’s ties. On the table, cleared of the meal's remains, and on the columns alongside, animalistic, human, and hybrid creatures created by Sagie Azoulay, Boyan, Ruven Kuperman, Ester Schneider and Sharon Glazberg conduct a conversation. Aviv Benn presents a sampling from a series of 100 works on paper that have been created based on the surrealist game “exquisite corpse,” in which a figure’s head, torso, and legs can be reassembled without any formal connections. Eran Wolkowski presents paintings he has made with leftover paints on the Yellow Pages, while he was resting between various series of works. Iva Kafri unveils a large-scale paper work created as part of the preparation for a solo exhibition that has been put on hold, and which she now resumes. Megan Whitmarsh presents a video clock on the wall, accompanied by 12 haiku about apocalyptic dreams which has been made in collaboration with her partner, Matthew Salata. Yaron Attar dreamt at night that he visited Ishai Shapira Kalter’s solo exhibition in Paris, and as a result he produced a series of drawings derived from the ovals in Kalter’s dream-works. Ishai Shapira Kalter is experimenting with stretching the scale he is accustomed to, and will hang from the ceiling a cluster of shrunk-down variations of his previous work Sausage, Black Coffee and Puddle. Noa Yafe presents two photographs. Michal Heiman presents a drawing of an analyst's couch, which she has been studying, and on which she has been lying for 35 years. Roy Menachem Markovich returns to a phone call he has had with a life insurance hotline. Noam Toran unveils a video-in-progress from the ongoing project Two Rivers and a Desert in Between, about the western United States as an imagined geography. Lahli Fruheling spent a weekend during the installation in the gallery, using a pencil and markers to draw on its wall. Hadas Satt keeps a photograph from her recent exhibition in the gallery, which has been created through the suspension of interpretation, through the night and the unlikely. Nir Segal enacts a one-on-one performance during the opening, and the newly formed artistic duo 1808 rises to the challenge of collaboration and invites the audience to accept the prospect of joining forces with them. 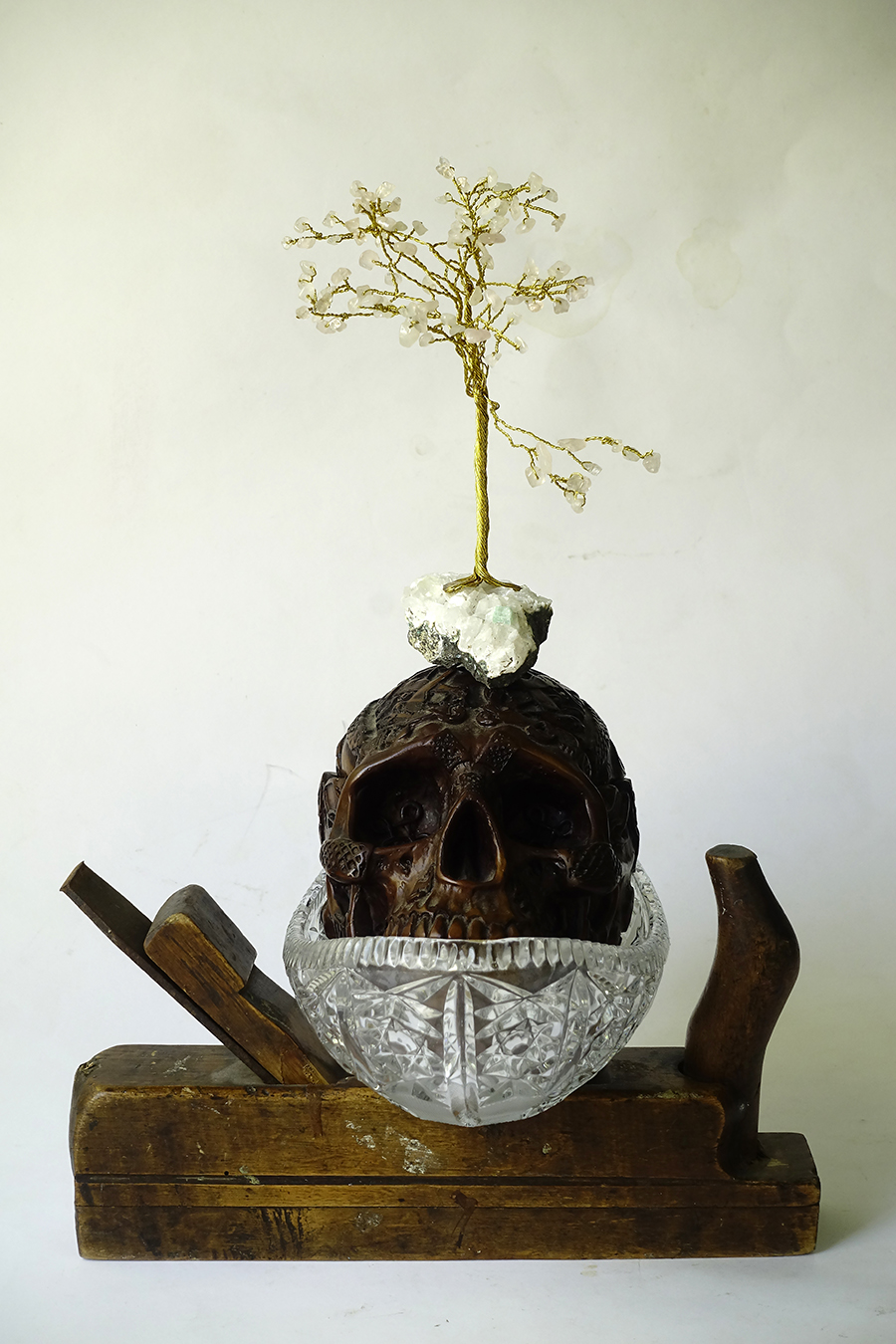 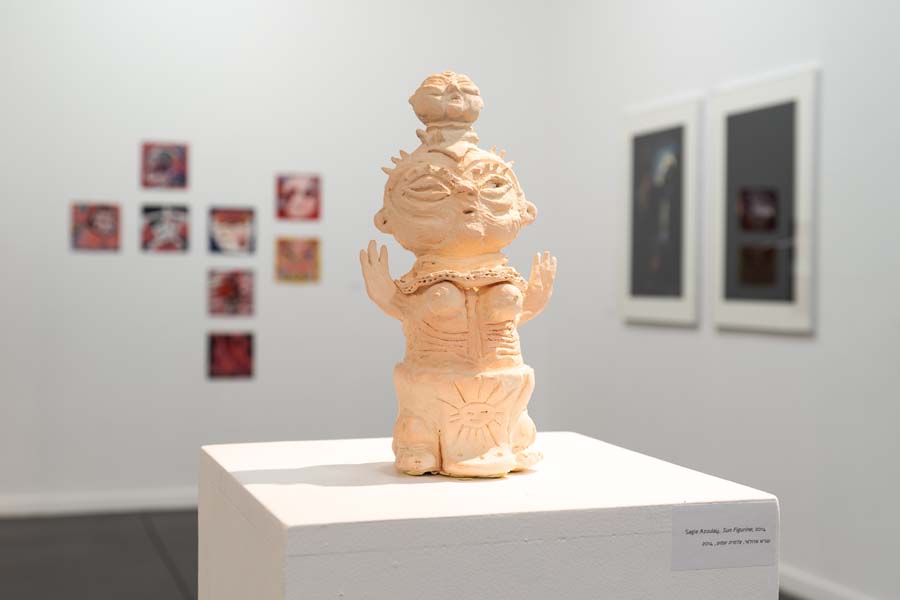 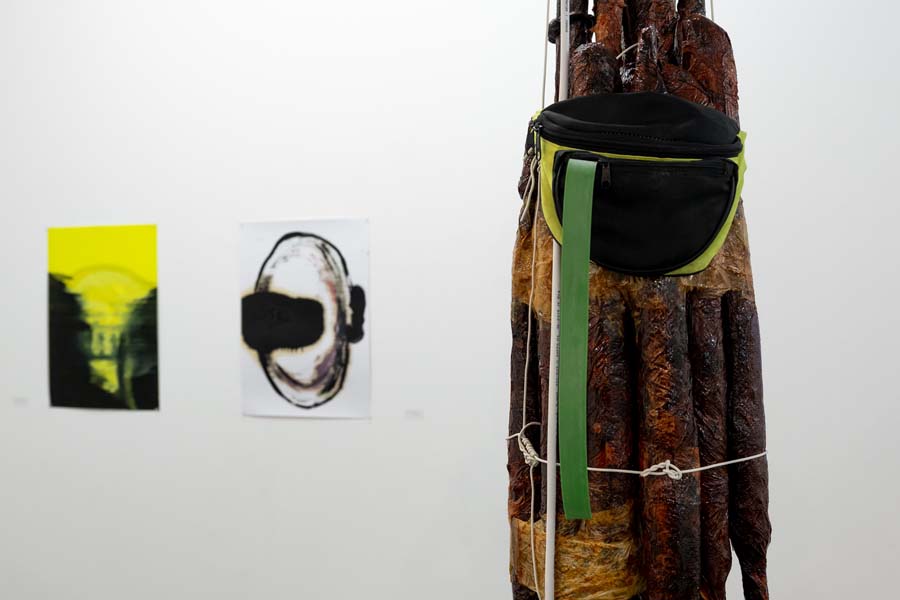 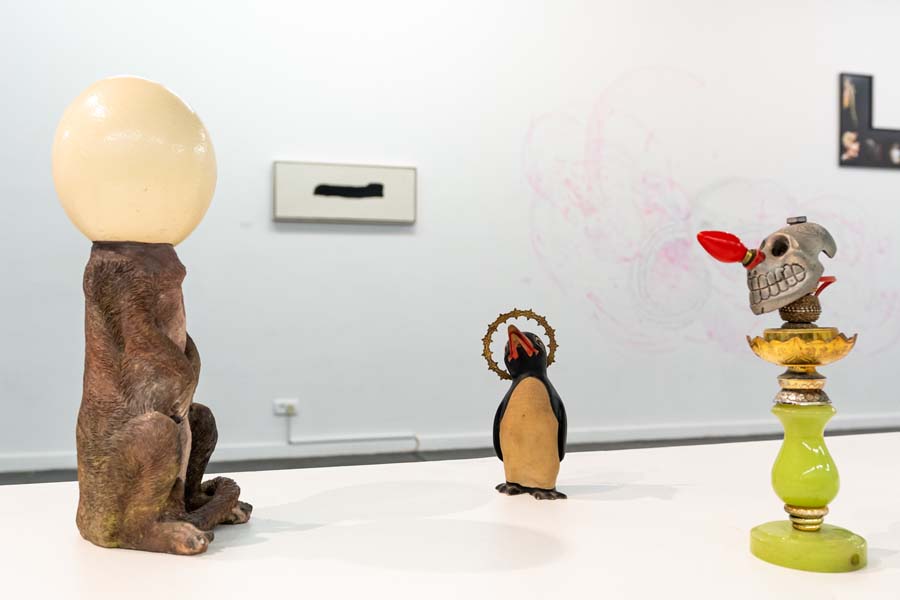 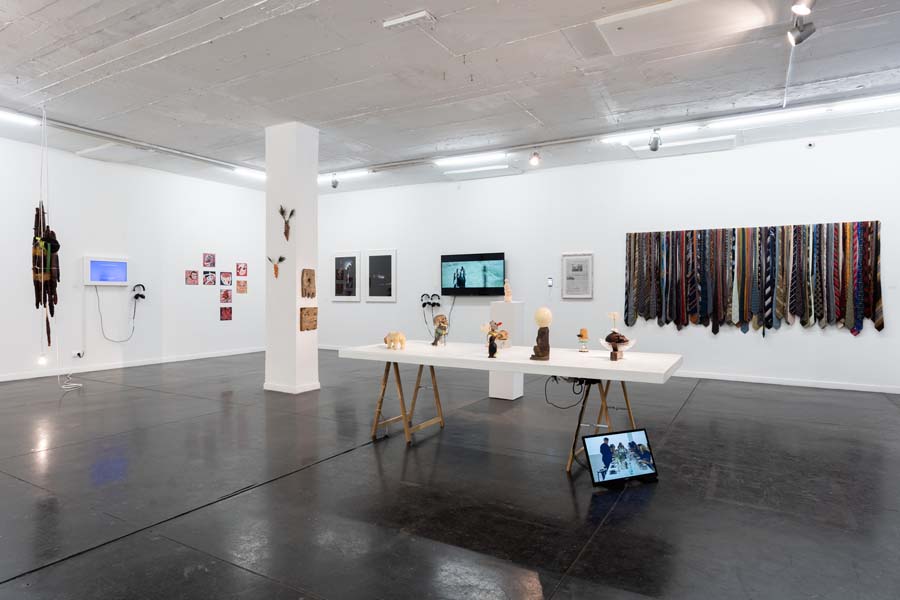