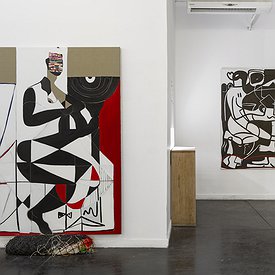 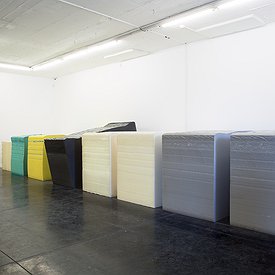 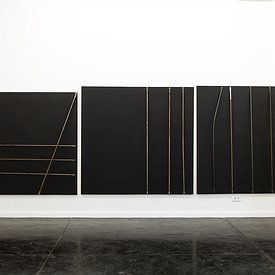 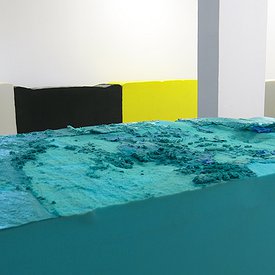 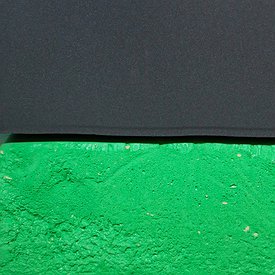 Gallery is pleased to announce the opening of Roni Hajaj's third solo show at the gallery. "Sound Mind" is composed of sculptural and sound elements – two practices that has been developing separately and that are displayed here together and activated simultaneously in the same space for the first time. The sculptural installation is based mostly on large-scale polyurethane foam blocks combined with materials such as iron, rubber, rope, and wood. The sound element is positioned in space in addition and in relation to these sculptures.

Large foam blocks have appeared from time to time in Hajaj's works as a ready-made form and material, with varying degrees of manipulation and organization. In his new exhibition, they take on a central role, as they are used not only as materials but also as a function. They are involved with absorbing the sound waves in space and with designing the exhibition audio and acoustics, which shape the course of the viewers' path and the length and nature of their lingering in front of the sculptures and beside them. Like previous exhibitions by Hajaj, this too is constructed and organized out of time- and site-specific insights that emerge during the installation process, bringing into play both the mind and the senses, invention and intuition.

During the last few months, has been working in a studio located in one of Tel Aviv-Jaffa's public bomb shelters. His work process was affected by frequent missile sirens, which led to several evacuations from the studio, and consequent returns to it. adjusted his practice, which is always informed by intuition and accumulation, in response to a concrete and mental state. The sirens echo in different parts of the exhibition, as, for example, in the black plywood paintings which are, in fact, colorful paintings that were painted black after being moved around, in and out of the studio, becoming " paintings."

"Sound Mind" is also marked by a new point of origin, to which its title alludes. While previous exhibitions by Hajaj were characterized by a logic of deconstruction and composition and by a horizontal movement of expansion by aggregation and assembly, his current exhibition confronts the possibility of creating something ex nihilo, out of nothing. Instead of being driven by an accumulation of fragments and appendices, it is led by the search for a whole (intact, safe and sound) and follows an inwards, in-depth direction. One of the exhibition's main motifs is that of the crack or the gap – the air that resides between adjacent elements, out of which a personal voice emerges as a whistle or a subtle breeze.

Roni Hajaj (b. 1976 in Israel) lives and works in Tel Aviv-Jaffa. He earned his BFA from HaMidrasha School of Art, Beit Berl College.  works with a wide spectrum of media and technics, including sculpture, painting, collage, installation, sound, curating, and fashion. His works are characterized by surprising and poetic assemblages, by reusing ready-made materials, and by an intuitive working process that is site-specific and relates to chance. 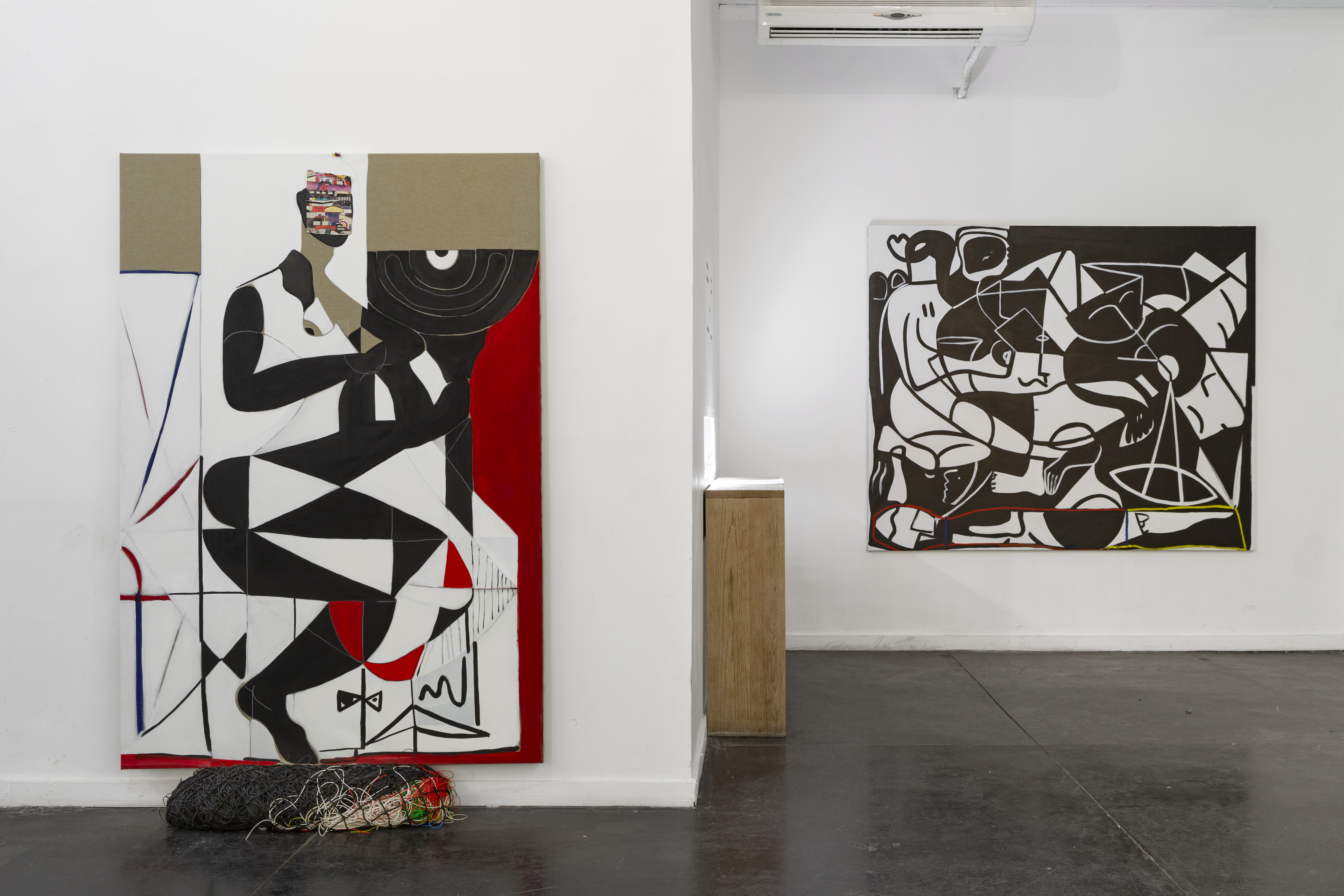 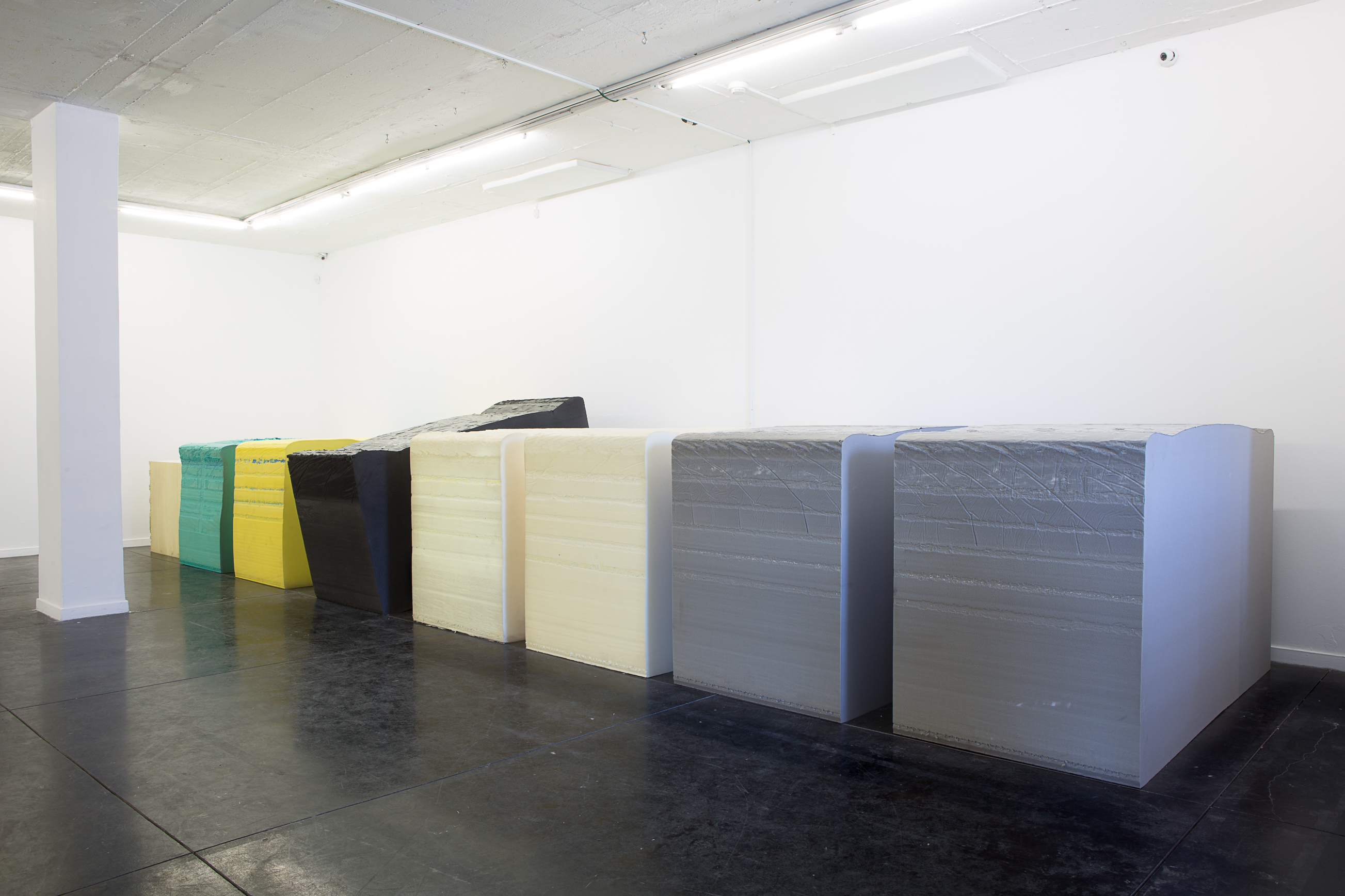 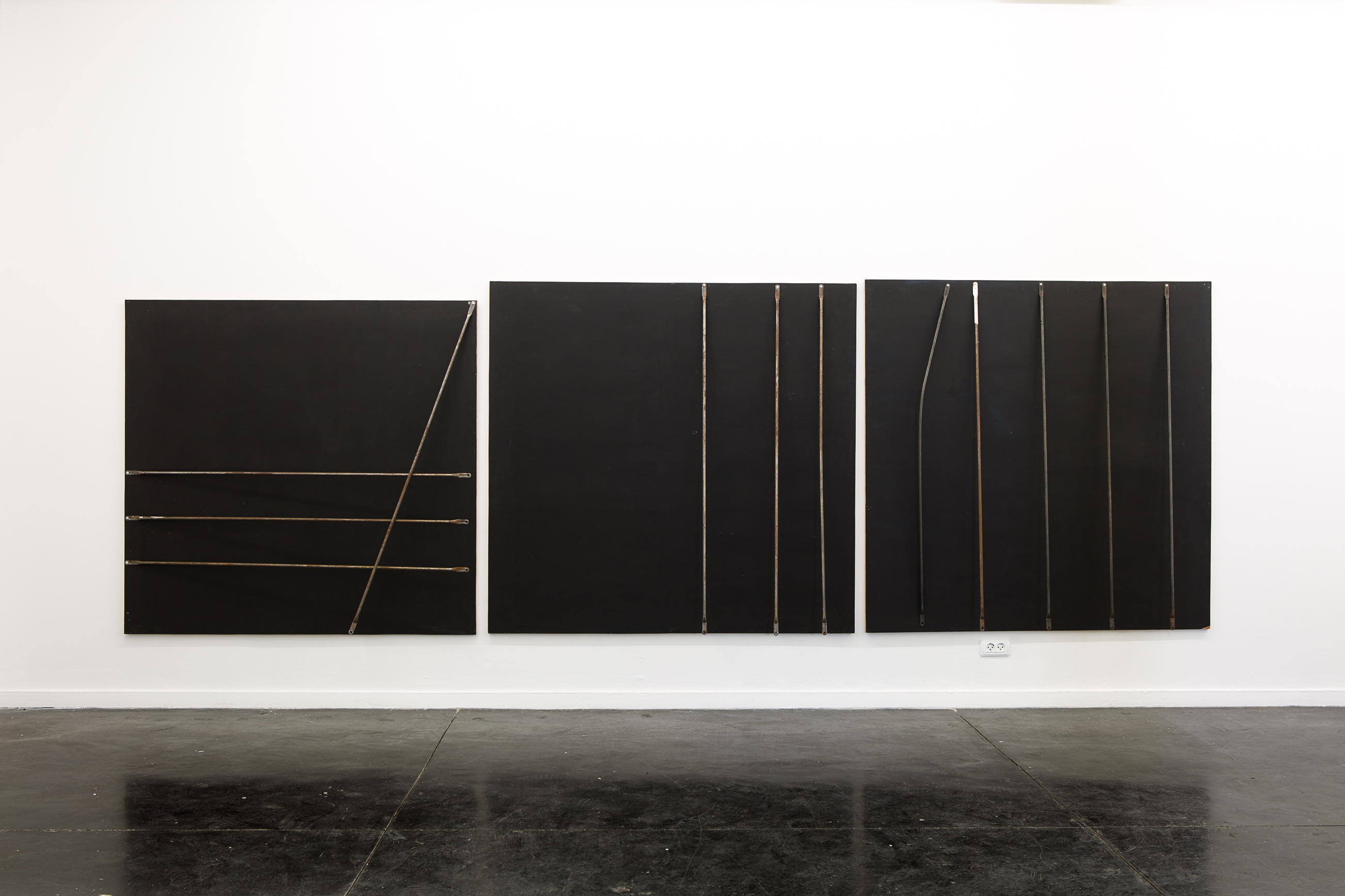 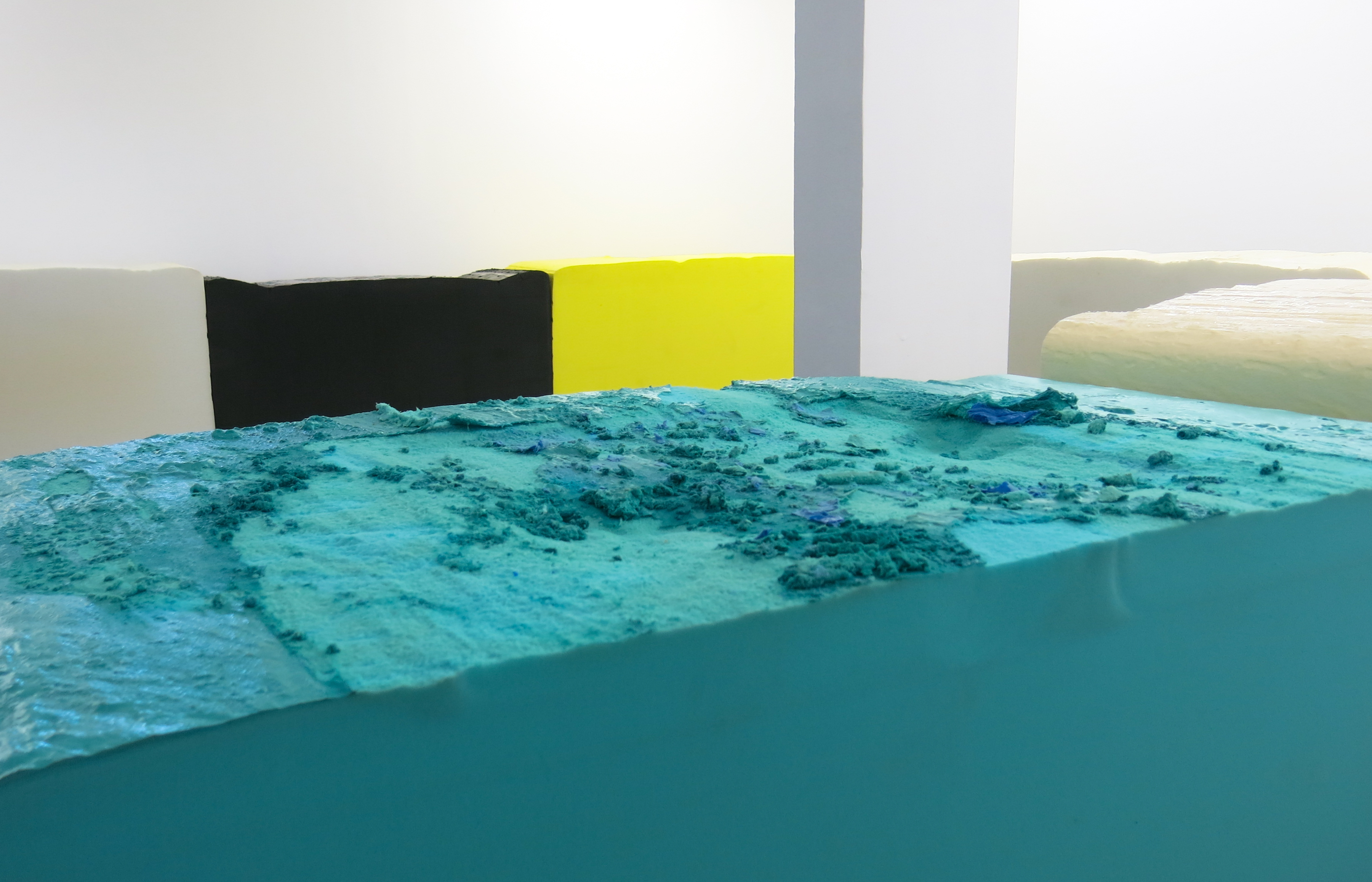 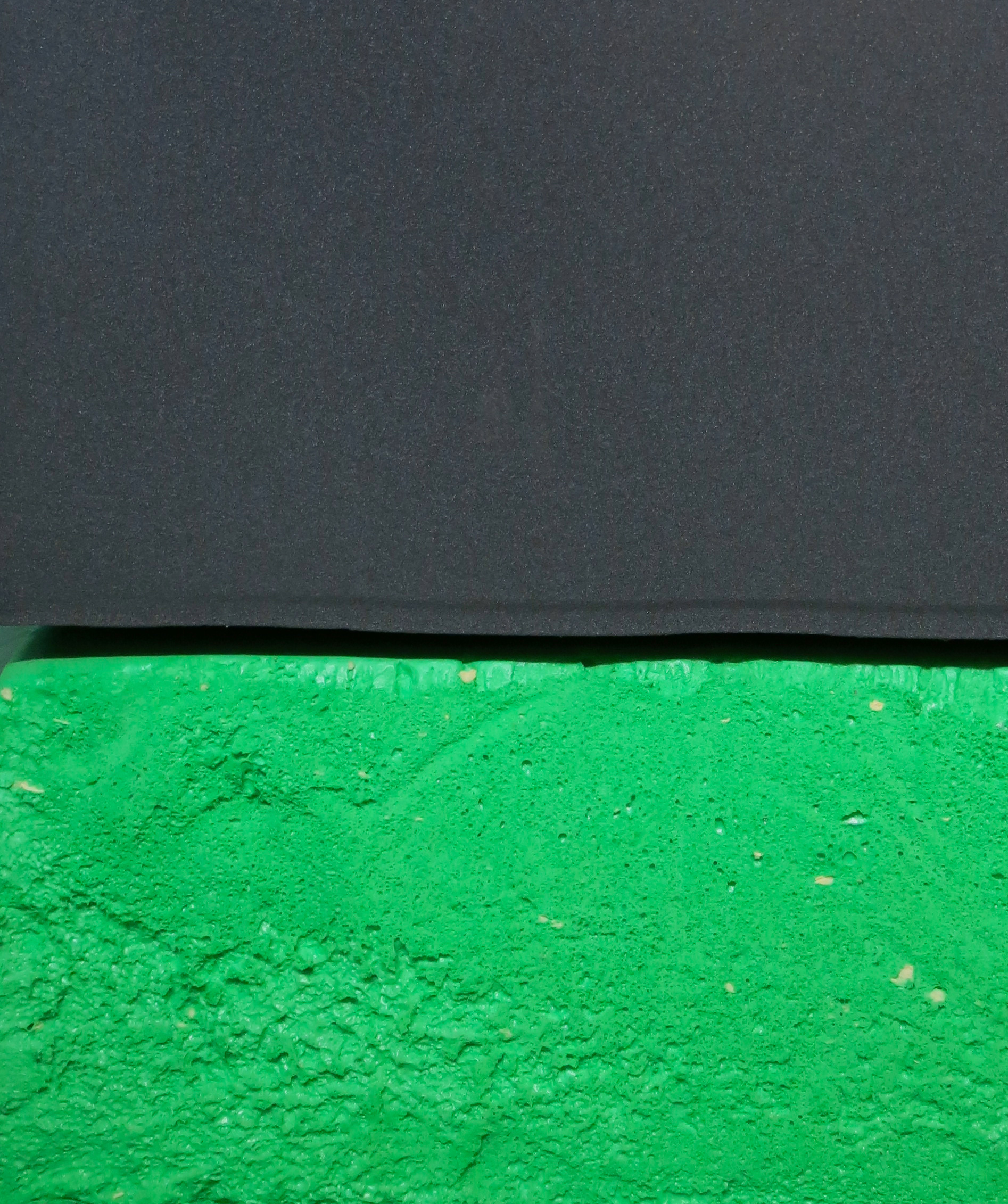