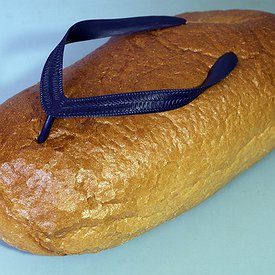 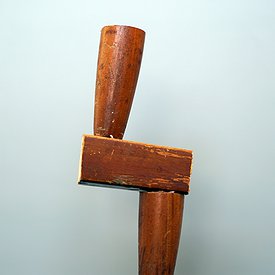 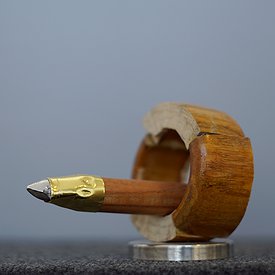 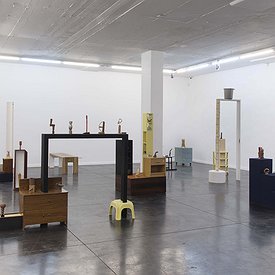 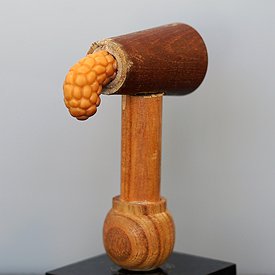 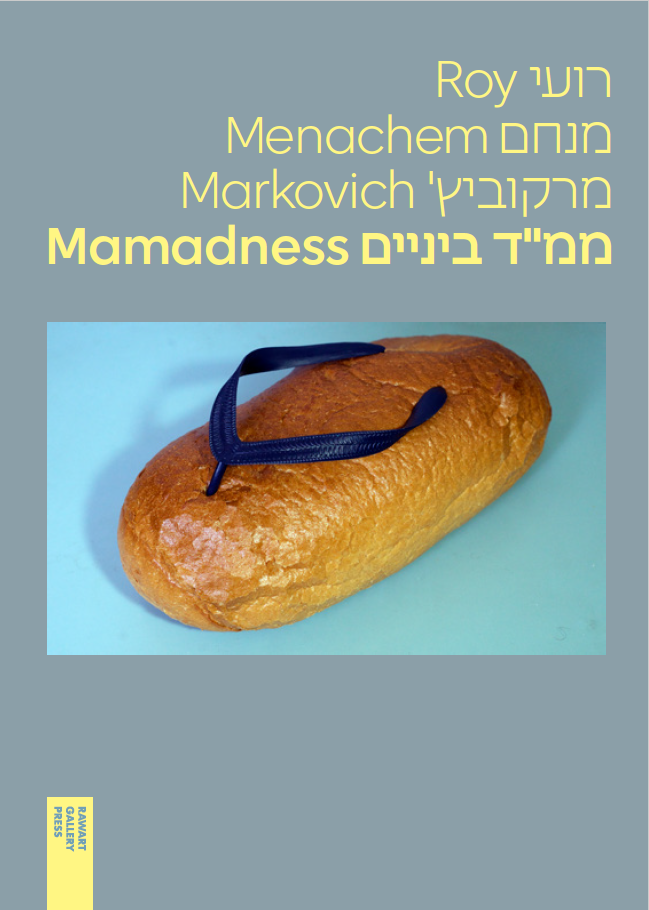 Roy Menachem Markovich's new solo show comprises small-scale sculptures in various arrangements, as well as two new video works. The exhibition title refers to "MAMAD," the Hebrew acronym for the safe room that has become mandatory in every new apartment built in Israel after the 1991 Gulf war. Reinforced with concrete walls and a steel door, the room has become a constant feature in many citizens' lives and in everyday apartment living. "Mamadness" is a made-up word describing the "MAMAD" culture while also using "madness" to indicate an everyday state of panic underlying civil defense policies, as well as the general political climate in the state of Israel. In Hebrew, the title also contains the term "middle class," which points at class issues that are essential to the artist's work, as well as at the "real-estatism" phenomenon characterizing contemporary culture.

Markovich's sculptures, which he calls "miniments," have received various interpretations over the last 5 years. Some view them as a critique of the local monumental sculpture (and hence, as a criticism of the Israeli National Project), and others see them as highlighting mechanisms of memory and trauma, referencing male sexuality, or expressing artistic self-criticism.

Curator Hadas Kedar, for instance, writes: "The transitory assembly of exhibition items, their impermanent materials, seem to reflect this 'authentic inauthenticity' of the Israeli living space…The use of 'knickknacks,' their ad-hoc associations, and DIY painting job expose the Israeli 'instant-styling' attitude…and the way it is enlisted in the service of the national cause, camouflaging and masking catastrophe...Moreover, the sculptures appear as a funny reference to the tremendous momentum of creativity in the early days of Israeli sculpture."[1] In a text from 2013, art critique Galia Yahav emphasized "the phalluses that pounce from the pedestals, the curved balls – all seemingly made for pleasure." She found the artist's "whole industry of meta-dialect and articulation" to be "a mock presentation of seductive display stands, a disproportionate imitation."[2] In the same year, curator Nogah Davison wrote: "When these massive sculptures are turned into downsized, improvised versions, into pitiful trophies or paperweights from a men's gift shop, they also turn into a reflection of how a cheap imitation, a ridiculously unconvincing knock-off, demonstrates how the original is no less ridiculous."[3] In line with this interpretation, curator Ran Kasmy-Ilan views the works as "ironic and perverse counterproposals to…monumental sculpture art". For him, the sculptures "reveal the politics of nostalgia, designed to link the ideal image of the past with current authority structures (new or recycled)."[4] And most recently, art critique Shaul Setter has found that in these works "… the aimless erectness of public sculpture metamorphoses into a useful erectness of what looks like an impressive collection of sex toys, domestic self-pleasuring aids."[5]

Combining new sculptural installations with video works from the past year, Markovich's current exhibition presents both a general view and specific closeups of local manifestations of the shift towards the 'real-estatism' and civil defense cultures. It also points to the way the two cultures are intermingled and glued together in today's social sphere. Moreover, the show provides an overview of recent developments in the artist's sculptural practice. The small-scale sculptures seem to be moving away from the ready-made and from the public sphere, turning instead, through different assemblages, to domestic interiors as social, political, formal, material, and economic arenas. The current installation is a refined, up-reaching, and detailed proposal for a collection of findings from the present. This collection originates in daily material culture. Its technology is invention and display, while its rhetorics is the local vernacular.

The "miniments" are accompanied by two new video works. In "Viewing," the artist appropriates online simulations of luxury apartments advertised in designated real-estate websites, where they are meant to demonstrate a prestigious, fantastic, elevated, and detached lifestyle. In sharp contrast to that, the work focuses on the small crimes committed by digitization against this otherwise perfect image. The second video work, "Suddenly," is titled after the word appearing shortly before the famous stairs scene from Sergei Eisenstein's silent film "Battleship Potyomkin" (1925), in which a crowd of women, men and children are attacked by a detachment of the Tsar's soldiers on the Potyomkin Stairs, the entrance to Odessa from the harbor. Markovich's work joins a long list of homages made by both film directors and visual artists throughout the years to that same scene. This time, the scene is positioned in a common Israeli apartment building's stairwell. Much like the original film, the work uses alternating distant shots and closeups to demonstrate how mechanisms of panic and helplessness work – this time in a scene in which the men, women, and children are descending towards the apartment building's basement bomb shelter. In Markovich's work, the panic is accompanied by a strong sense of familiarity and identification, created by the emphasis on basic collective elements such as the stairwell's acoustics and hustle, as well as the smallest details of the characters and scenography.

A review of the show, Daniel Gorodenzik, Telavivian, 1.4.18 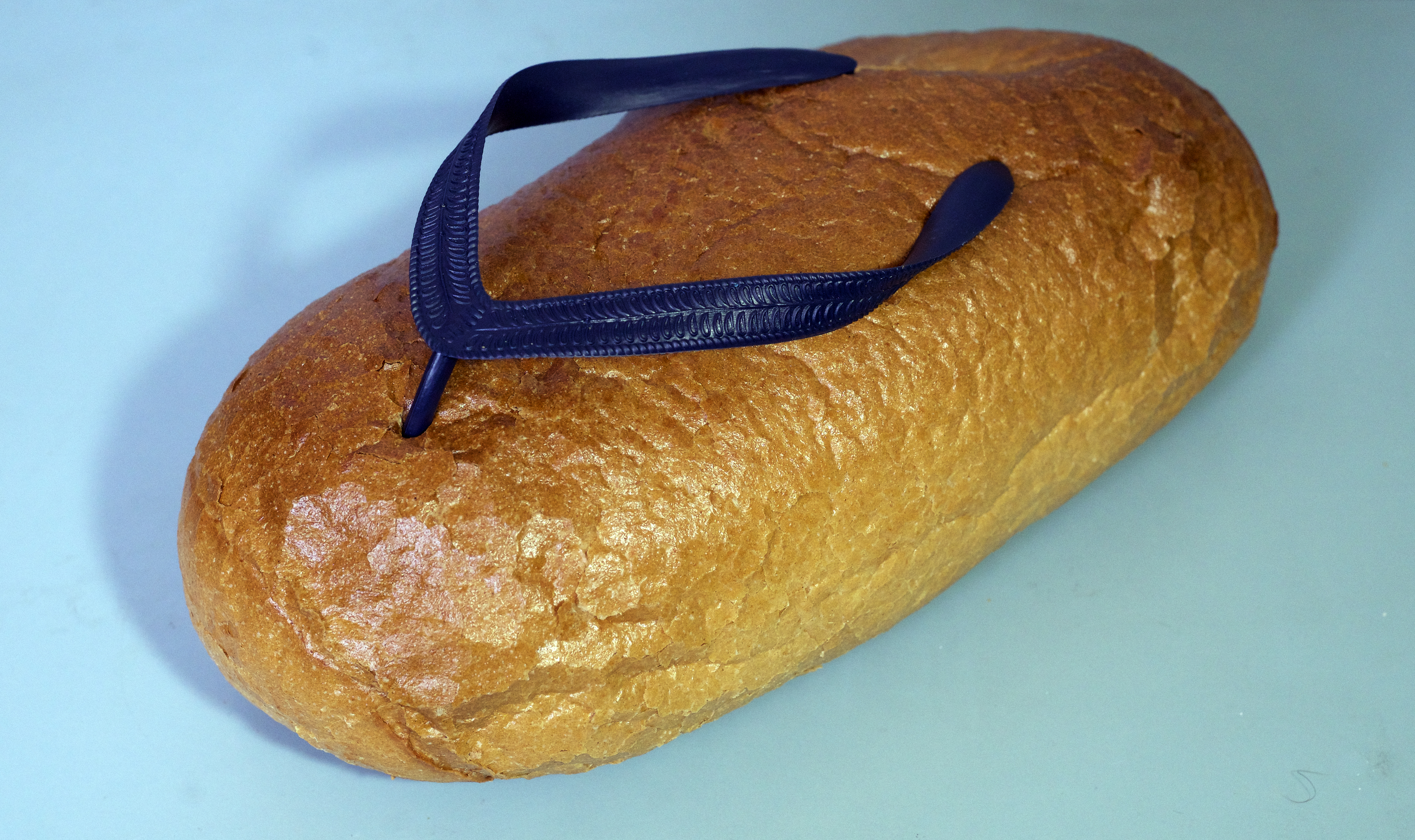 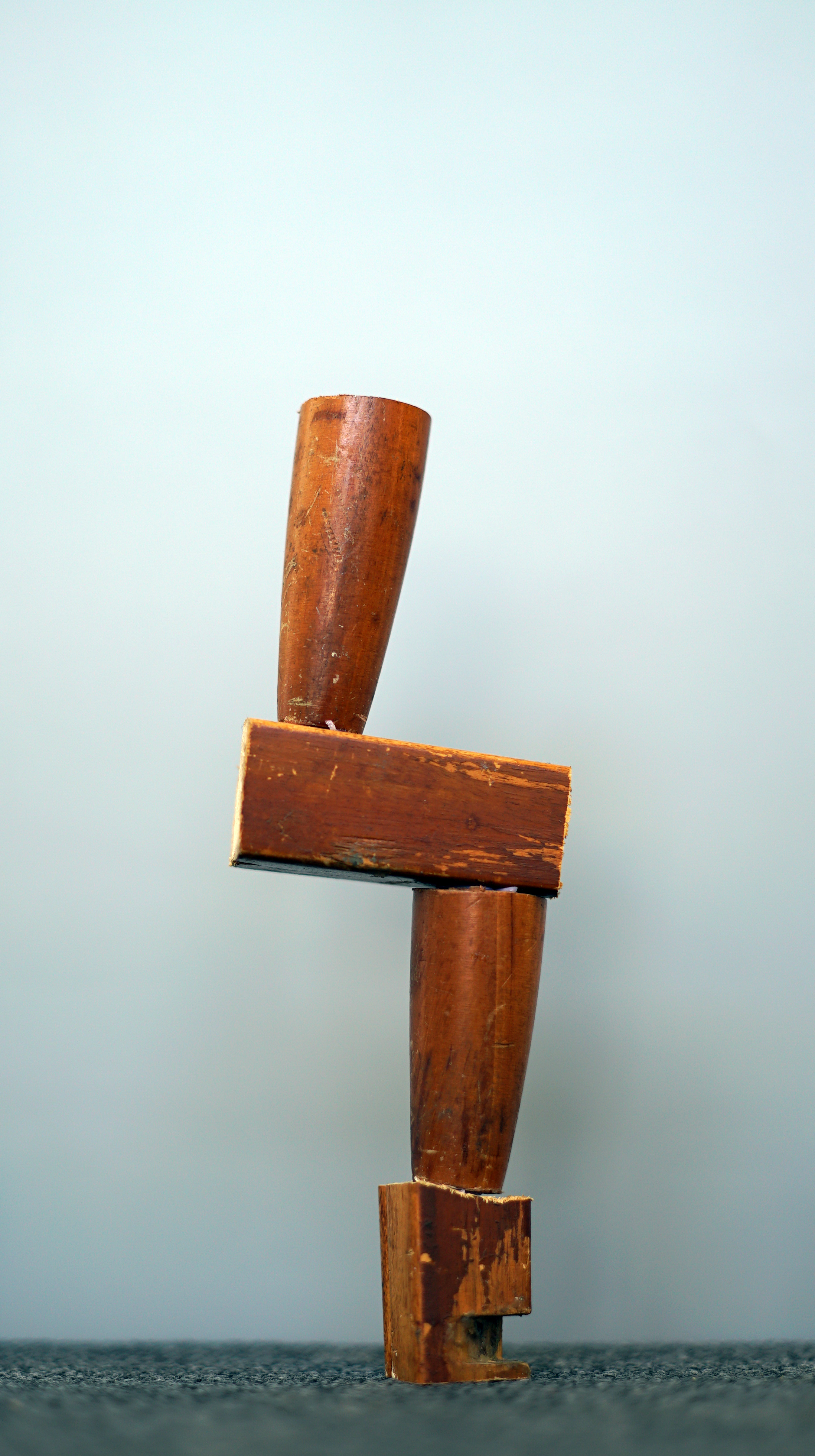 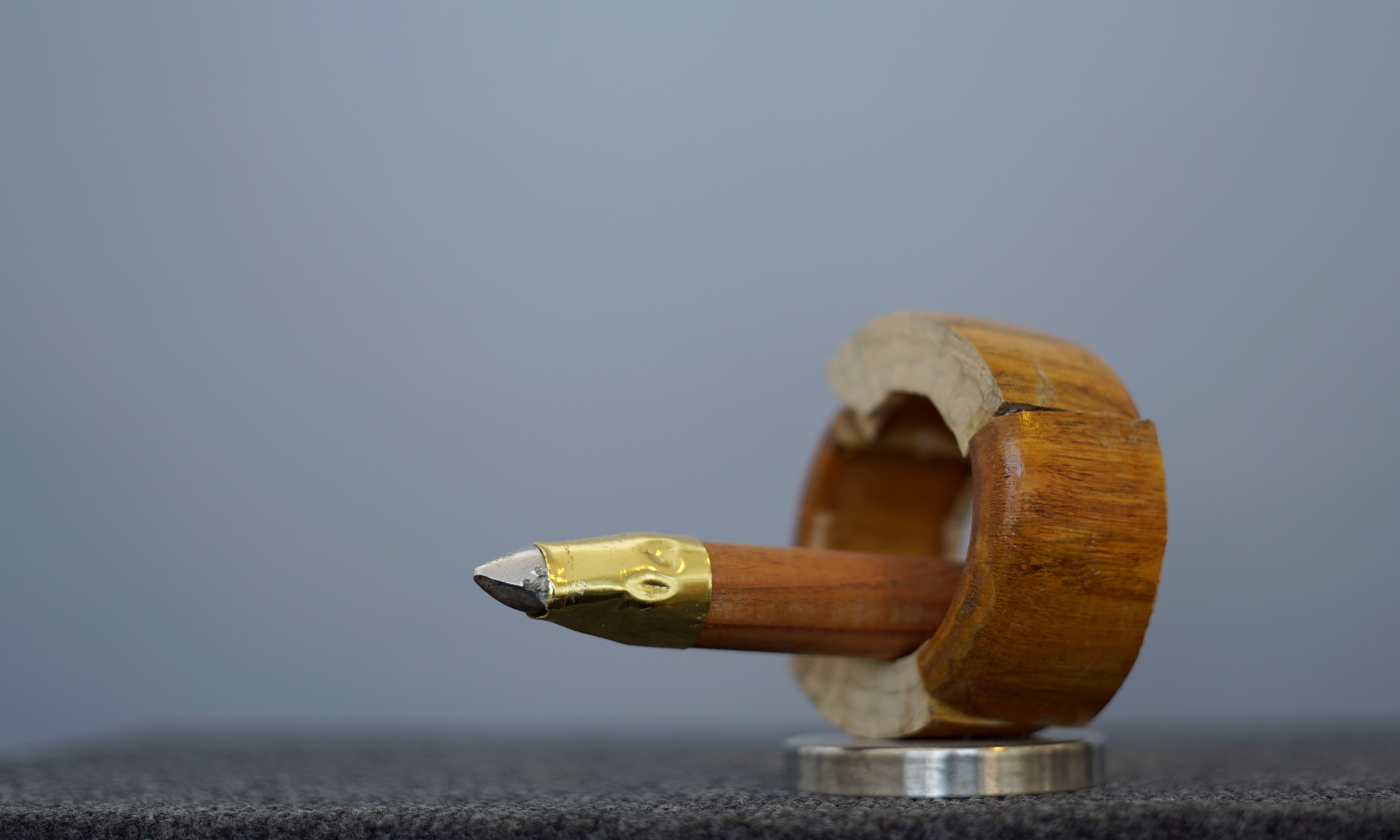 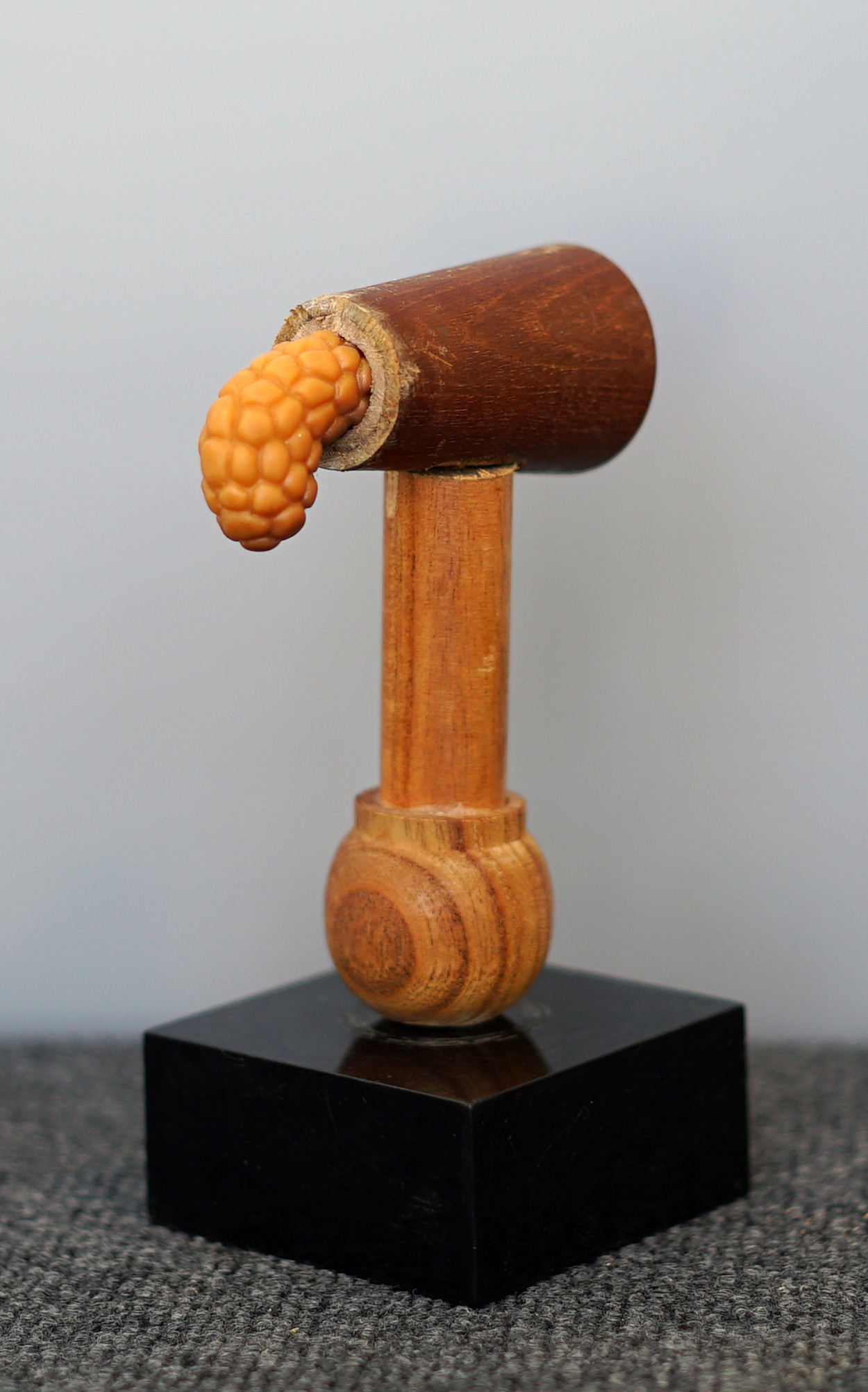