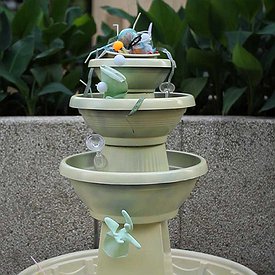 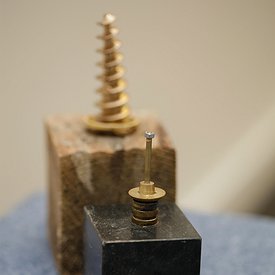 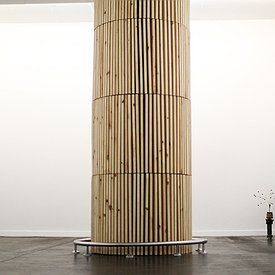 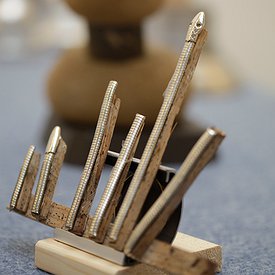 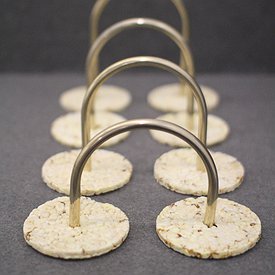 The video "Gates of Mercy" shows a scene from a Holocaust Memorial Day ceremony held in a senior's day centre. It is a work that's depressing for many reasons- while the guides instruct the necessary mood by means of playing a sad song and wearing a serious expression, the elderly women sit motionless in front of the ceremony's "decoration" – a sign hung on the air conditioners' remote control, and a projectors' logo smeared along a dry erase board. The video may seem like the odd one out of the exhibition "Tipat Mazal", but it sets the tone for the rest of the works- it infiltrates a dosage of realistic, un-metaphorical substance into the whole exhibition, and clarifies for the viewer that though there is plenty of use of humor and sarcasm here- this is not a funny exhibition. The column standing in the center of the gallery is a rough imitation of the supporting columns in the renovated terminal of the Ben Gurion National Airport. The renovation of the terminal was presumably intended to create a dignified impression, like a PR photo of the country, and the supporting columns were no doubt designed with that intention in mind. Even so, it is questionable if most travelers going through the terminal notice the columns- at the end of the day, their role is functional. However here in the gallery, the column is singular- it becomes a monumental work, becomes the elephant in the room. The disparity between its demanding attention (it's constructed from above 500 units of wood), from its relative size to every other object in the space of the gallery, and the dreary realization that it is nothing more than a functional supporting column- represents the disproportional quality of the show in general. It represents how every work was subject to an act of either inflation or deflation - the large becomes small, the essential- insignificant, the beautiful- ugly, the distinguished- preposterous, the funny- sad and vice versa. The small scale sculptures in the show mimic the style of outdoor sculptures regularly found in squares and traffic circles throughout Israeli cities. These works break down the aesthetic DNA of the most common and popular Israeli sculpture. Sculpture that is typically large scale, made from heavy materials such as steel and stone, sculpture that its purpose is literally to fill space- you have a traffic circle + a municipal department of arts and culture= a giant sculpture is commissioned to be erected in the center of the circle. Like the song played for the elderly women, the outdoor city sculptures are nothing more than checking the box of "culture activity". And when these massive sculptures are turned into downsized, improvised versions, into pitiful trophies or paperweights from a men's gift shop, they also turn into a reflection of how a cheap imitation, a ridiculously unconvincing knock-off- demonstrates how the original is ridiculous no less. In the video "Fountain of Things" an endless torrent of junk flows from a fountain standing in a shopping centre plaza. Suggesting a filter discharging of all the unnecessary excess accumulated in an average modern home, this work has capitalistic references that are broader than the local context. However the violent manner in which the fountain vomits out the objects, heightens the level of revulsion in reaction to the empty promises Markovich deals with in the other works in the show.Promises that break with the constant divergence between the idea of the Israeli state and the way things are carried out in actuality. That is to say, even when something is planned to be distinguished and representable, the end result is subject to budget constraints, to bureaucratic delays and above all, to the ever- slacking Israeli nature. The column from Ben Gurion airport, the outdoor sculptures, the fountain and the Holocaust Memorial Day ceremony, are all supposed to represent a certain dignity, but instead they represent negligence, compliances and fake facades. They are rip- off versions of the real, second- rate culture products, mandatory enrichment activities. They represent grand, wonderful and worthy intentions that deflate by the time they are executed.Nogah Davidson, Curator 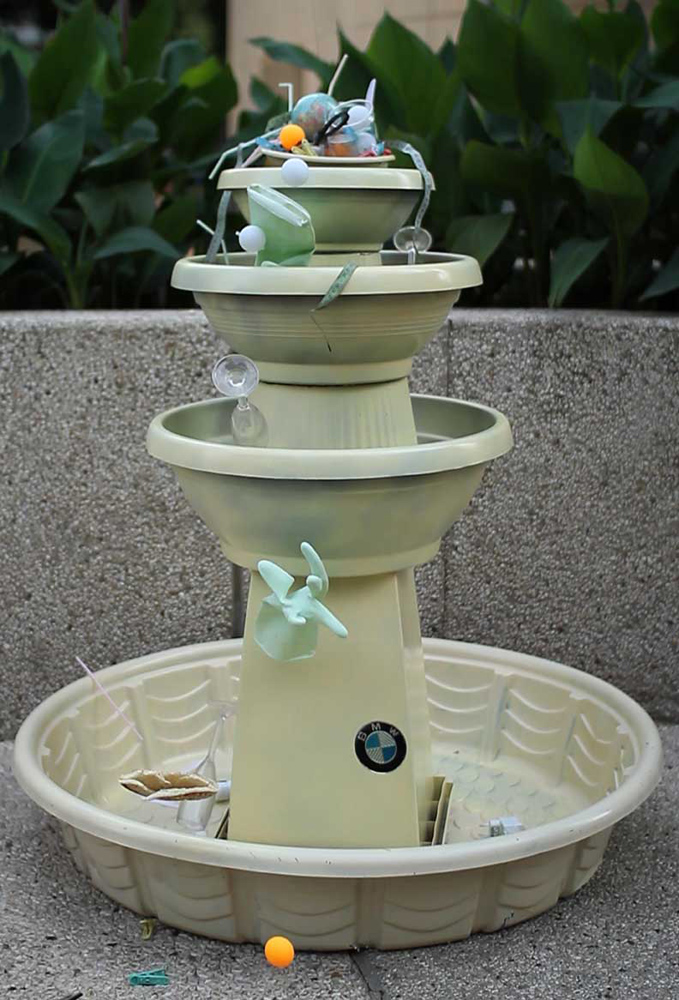 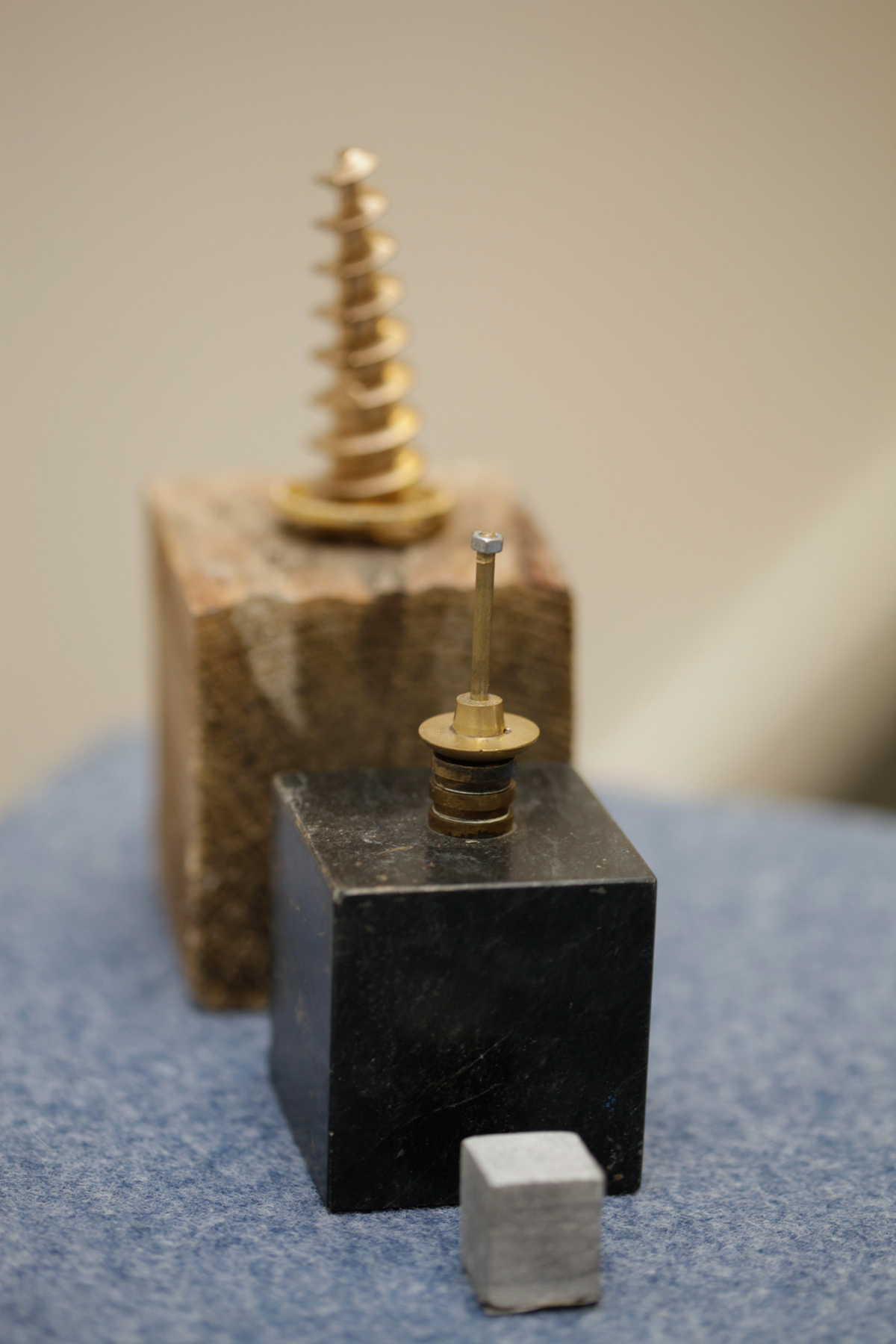 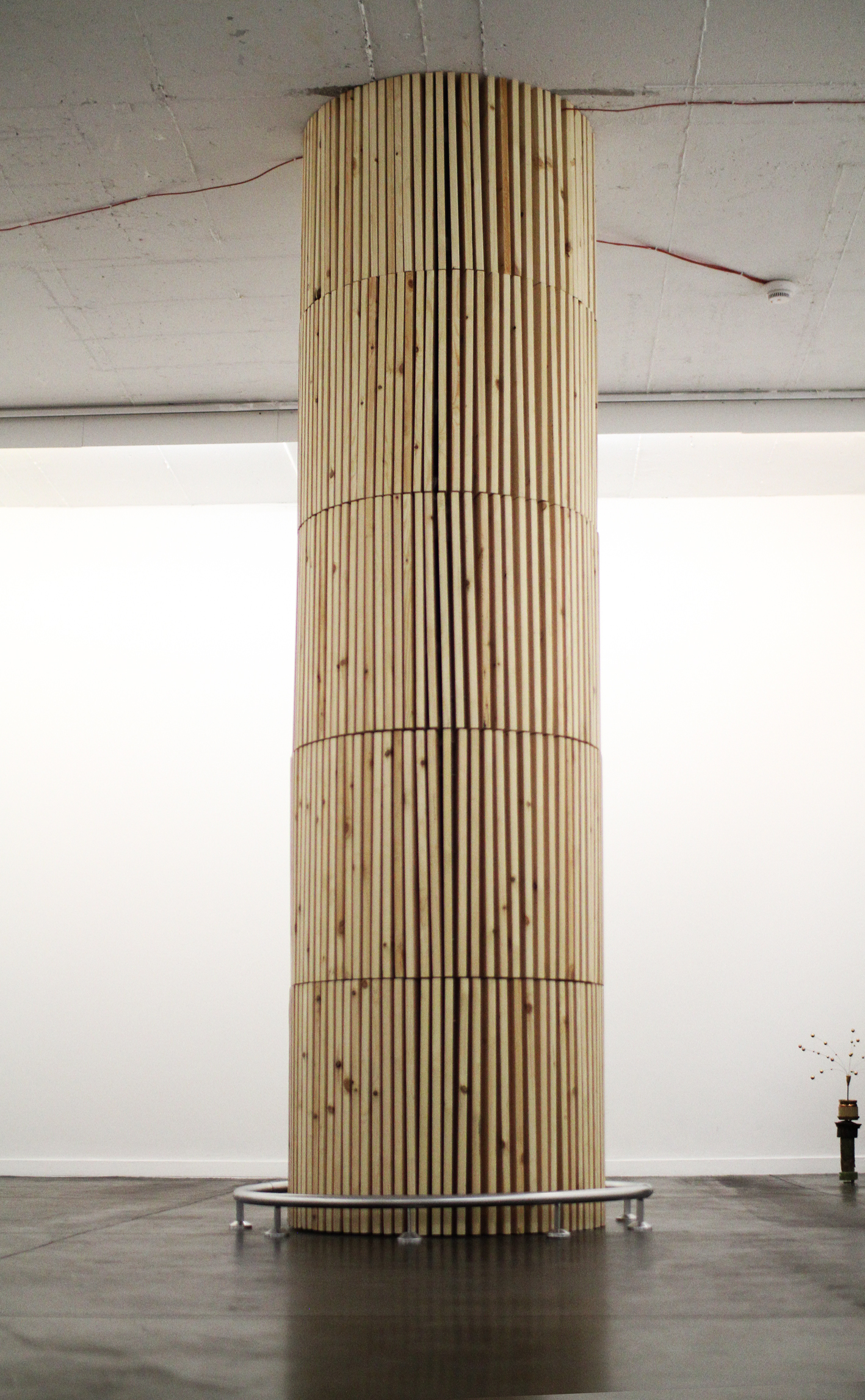 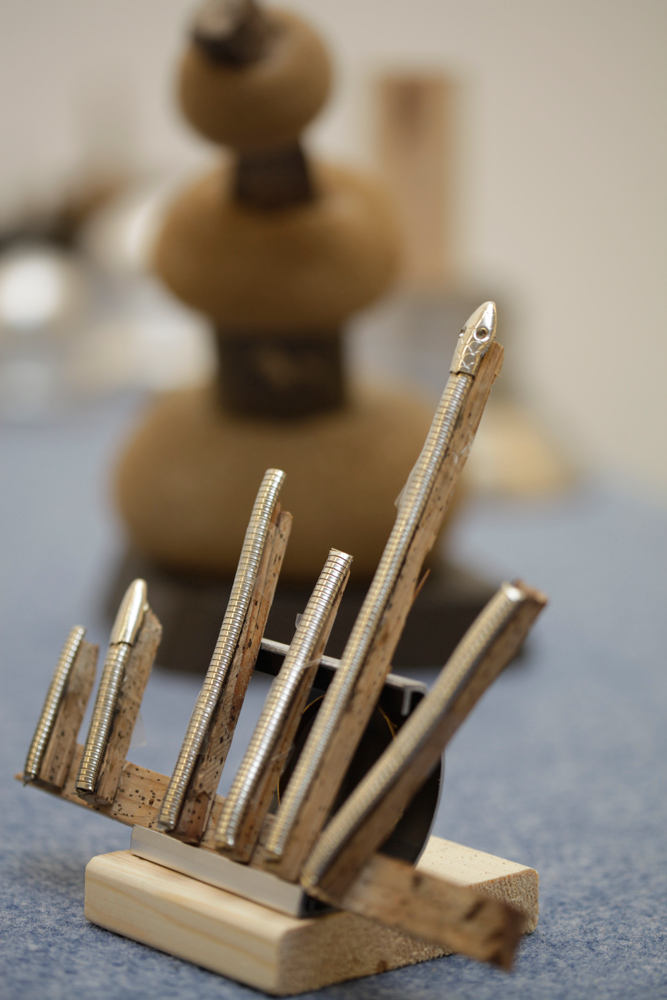 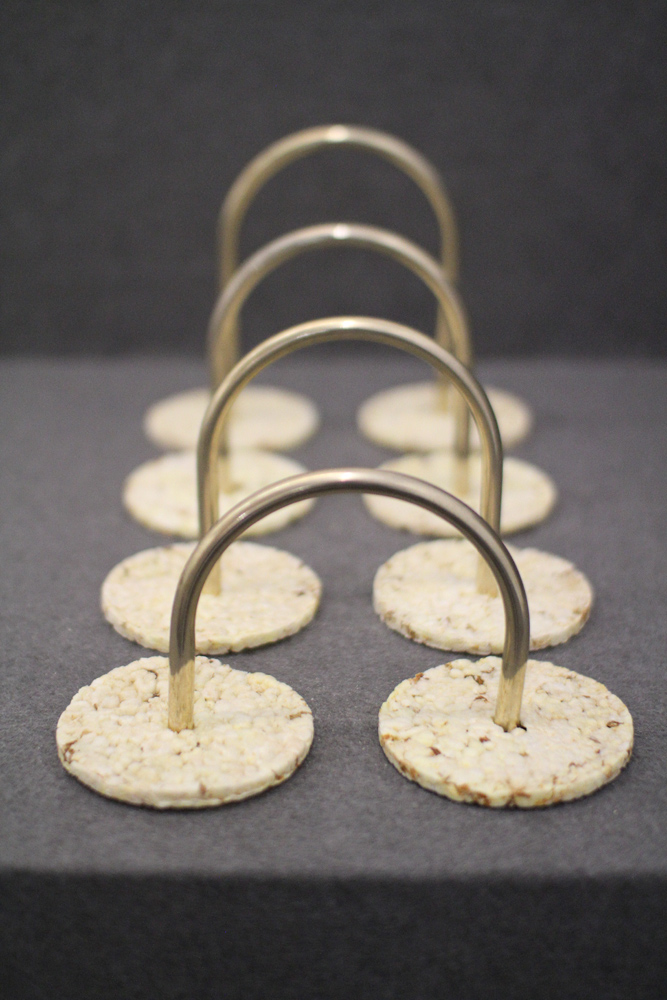