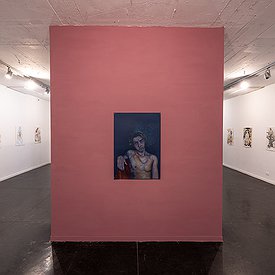 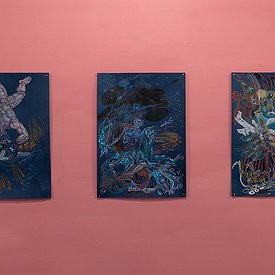 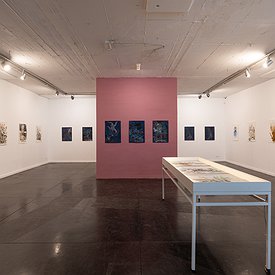 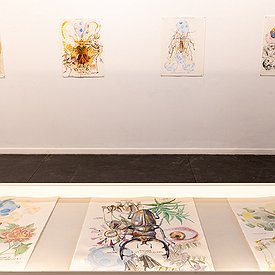 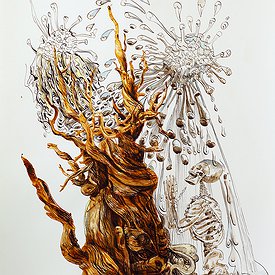 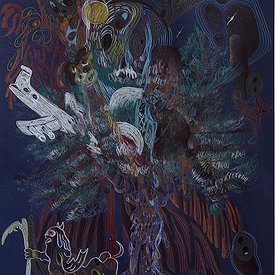 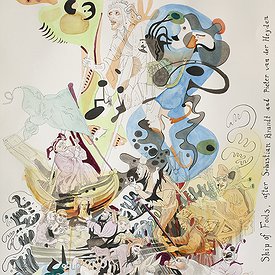 Ruven Kuperman | Anatomy of a Killer

Anatomy of a Killer is the last in Ruven Kuperman's trilogy of exhibitions, preceded by Assassins (2018, RawArt Gallery, curator: Leah Abir) and Portrait of an Outlaw (the 2019 Rosenblatt Prize exhibition, curator: Orly Hoffmann). All three share a focus on violence and the disruption of order through a gaze upon a person's innermost existence. The current show comprises paintings in watercolors, pen and ink, and pencil on paper.

The work on these paintings began in March of 2020. Secluded at his home, Kuperman turned to small-format painting on a table. Images he had collected and kept in files on his computer, under the fancy and literal title "Anatomy of a Killer," became an inspiration for the works and were organized by categories. First came giant insects, following Levon Biss's nature photography, made under a microscope's lens. The Arthropoda kingdom includes several classes of insects with unique survival capabilities, which has enabled their wide distribution throughout the world, unrivaled by other species. The insects are surrounded by images of European water clover, floating ferns, and other variously-scaled organisms, inspired by Chinese herbal medicine books.

The line of the pen's nib invites quotes of etchings and woodcuts from the history of art. Skulls, symbols of the Apocalypse, death, and torture by old masters intertwine with current events. In work #VII, under a massive, dripping image of a coronavirus, a skeleton (taken from William Cheselden's 1733 Osteographia, or the Anatomy of the Bones) is praying. Peter van der Haydn's Ship of Fools allegory from 1559, in which a dysfunctional ship's crew is leading a mob, becomes the topic for another work.

The initial attempt to sort nature and control it has been a predictable failure. As darkness falls on the paper, the sorted items – plant, animal, and human – which at first seemed to have been put down and placed in glass boxes, flow into one another and blend into a kind of living hybrid creature. The oldest tree in the world insinuates itself into the new creature's spine; into and from it, nature and human nature turn into a pretext for an adventure in colors and shapes. The composition's diagonals dictate the emergence of a new object or a smear of paint. Kuperman appropriates old painting techniques and mixes past and present styles, matching the eclecticism in the works' plan. The edges of the objects are celebrated as they collapse into a colorful abstract reminiscent of Juan Miro or Japanese ukiyo-e prints. The painting acquires a life of its own, and the dialog between the artist and the work that leads him reaches a new climax of freedom.

As the completion of work on the series approached, Kuperman painted portraits of people close to him, with whom he had shared that period – his son Liam and his partner Roni.

Ruven Kuperman, (b. 1964, Kishinev) lives and works in Tel Aviv. He holds an MFA from the School of Visual Arts in New York (1993) and a B.A. in art and philosophy from Haifa University. Kuperman has received the Ministry of Culture prize for plastic art in 2016 and the Rosenblatt Award for Visual Art in 2019. Selected solo shows of his works were presented at the Tel Aviv Museum, Wilfrid Museum-Hazorea, Ein Hod Museum, RawArt Gallery, Kit Schulte Contemporary Art in Berlin, Rosenfeld Gallery, Kibbutz Be'eri Gallery, and the Arlington Arts Center in Virginia, USA. His work has been included in many group shows, in art institutions such as the Israel Museum, Tel Aviv Museum, the Odessa Biennale for Contemporary Art, Bezalel's graduates' gallery in Tel Aviv, the Salon for Contemporary Art in Monaco, and the Haifa University gallery. He participated in artists' residency programs in Hangzhou, China (2012), and Singapore (2000). 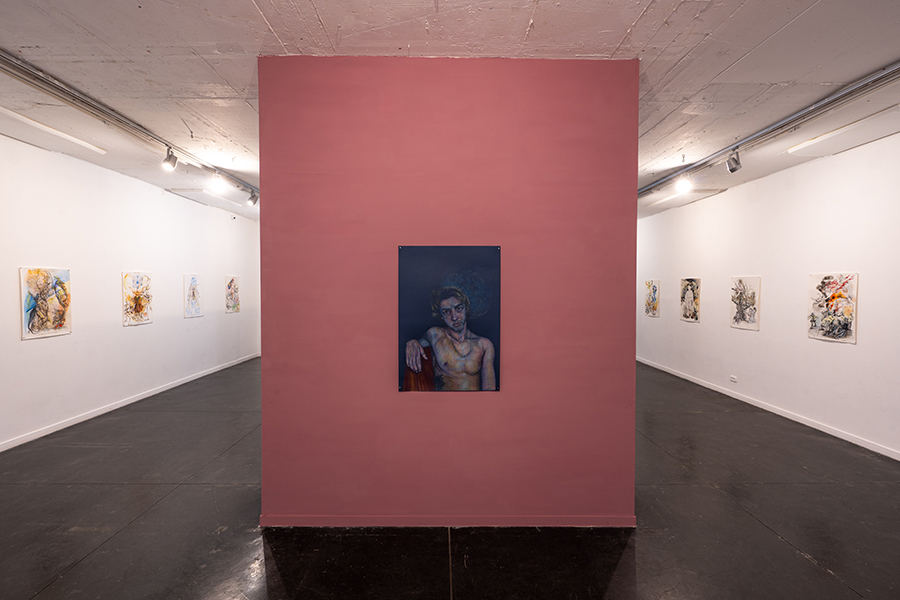 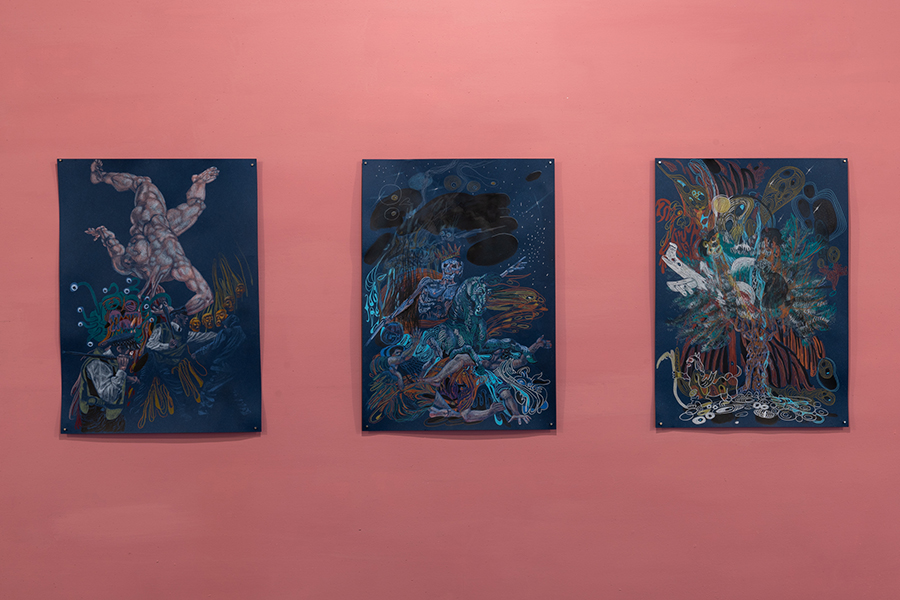 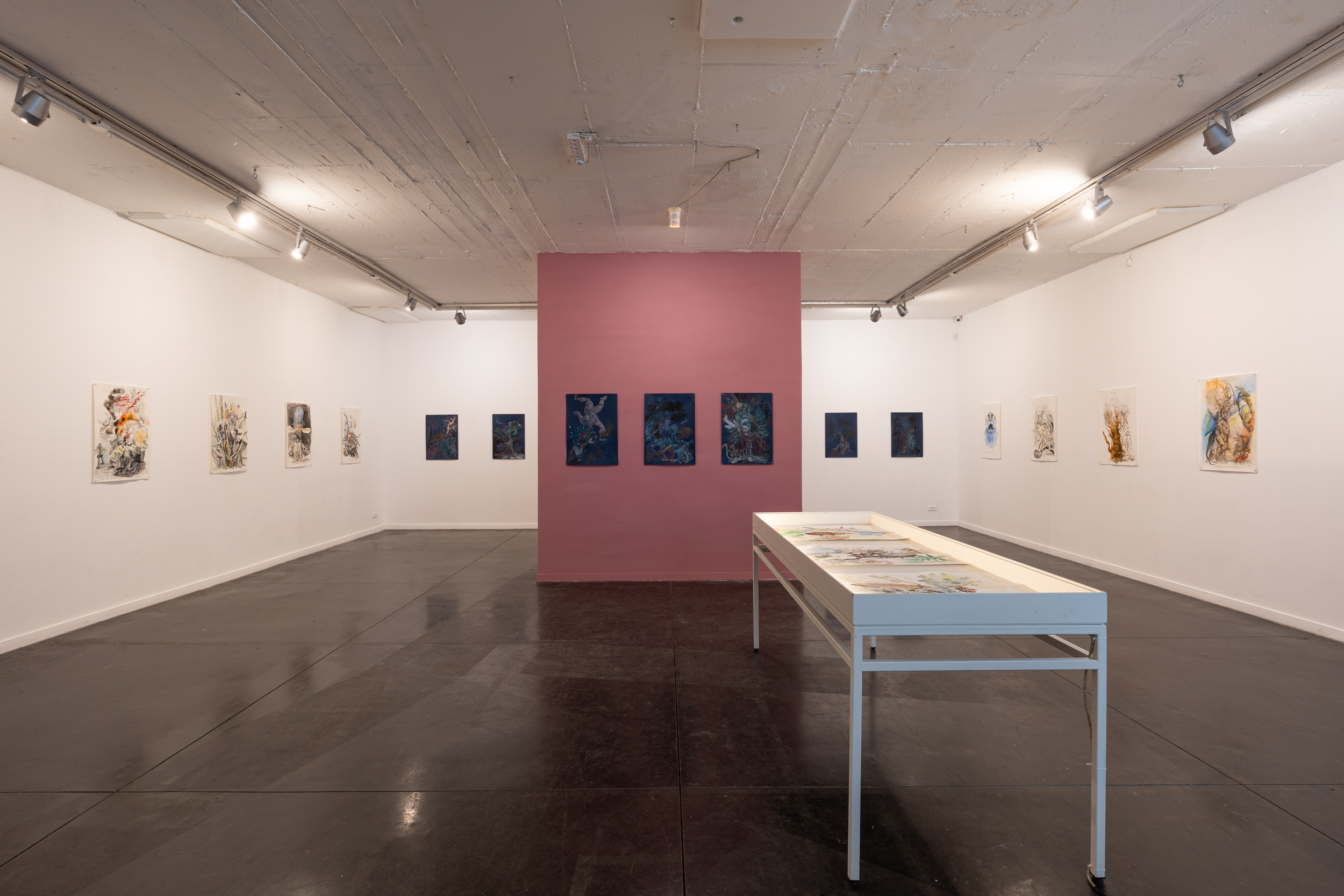 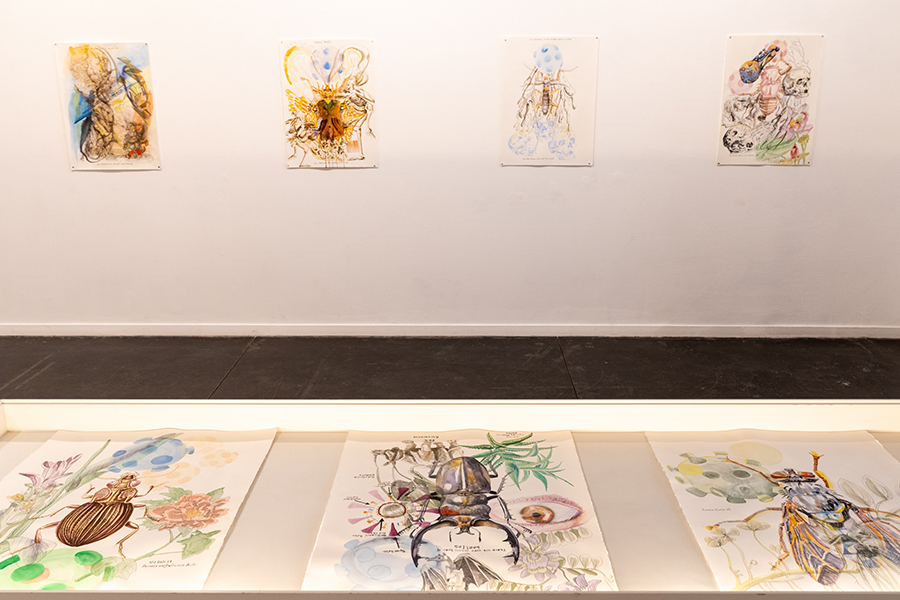 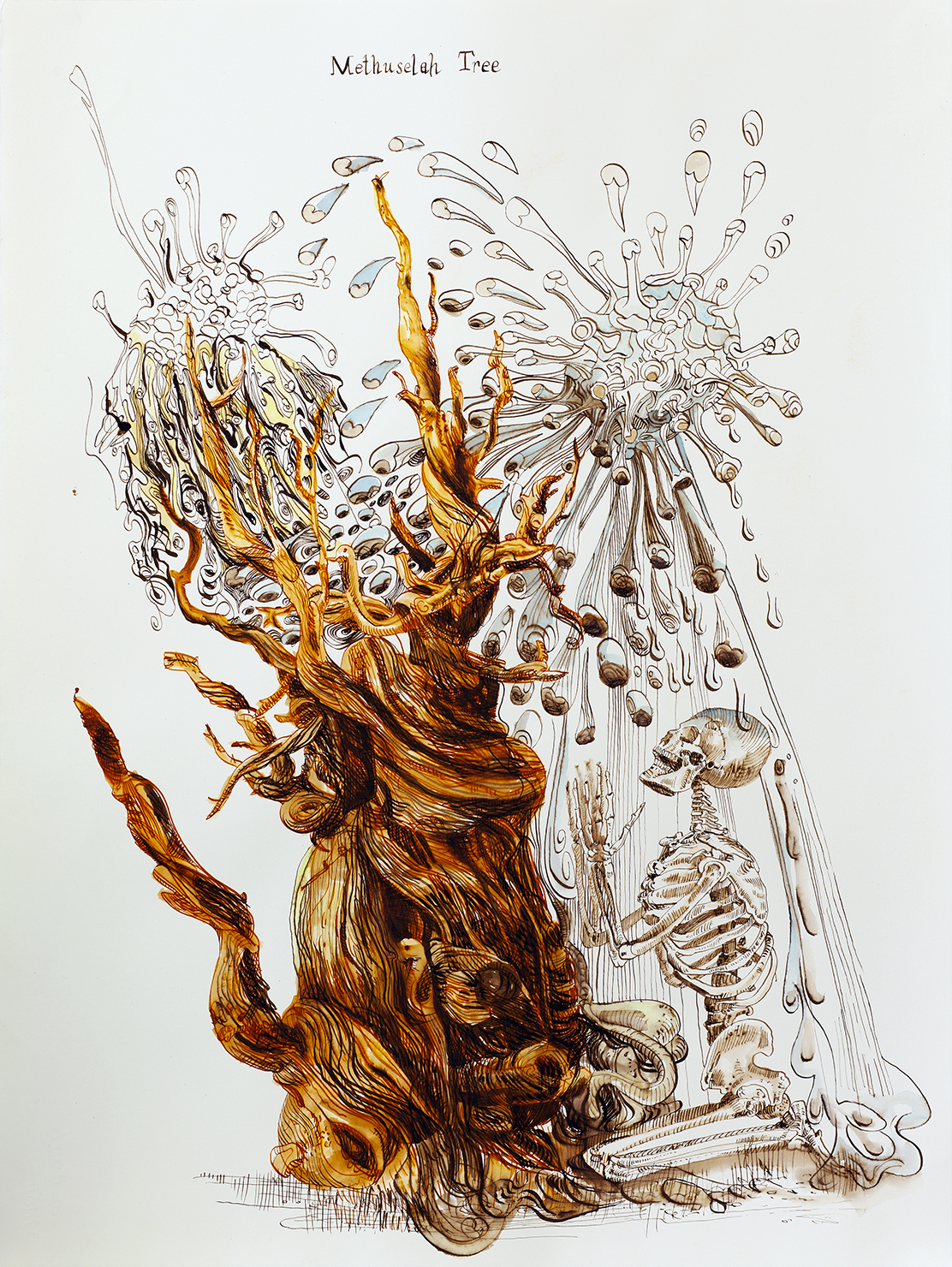 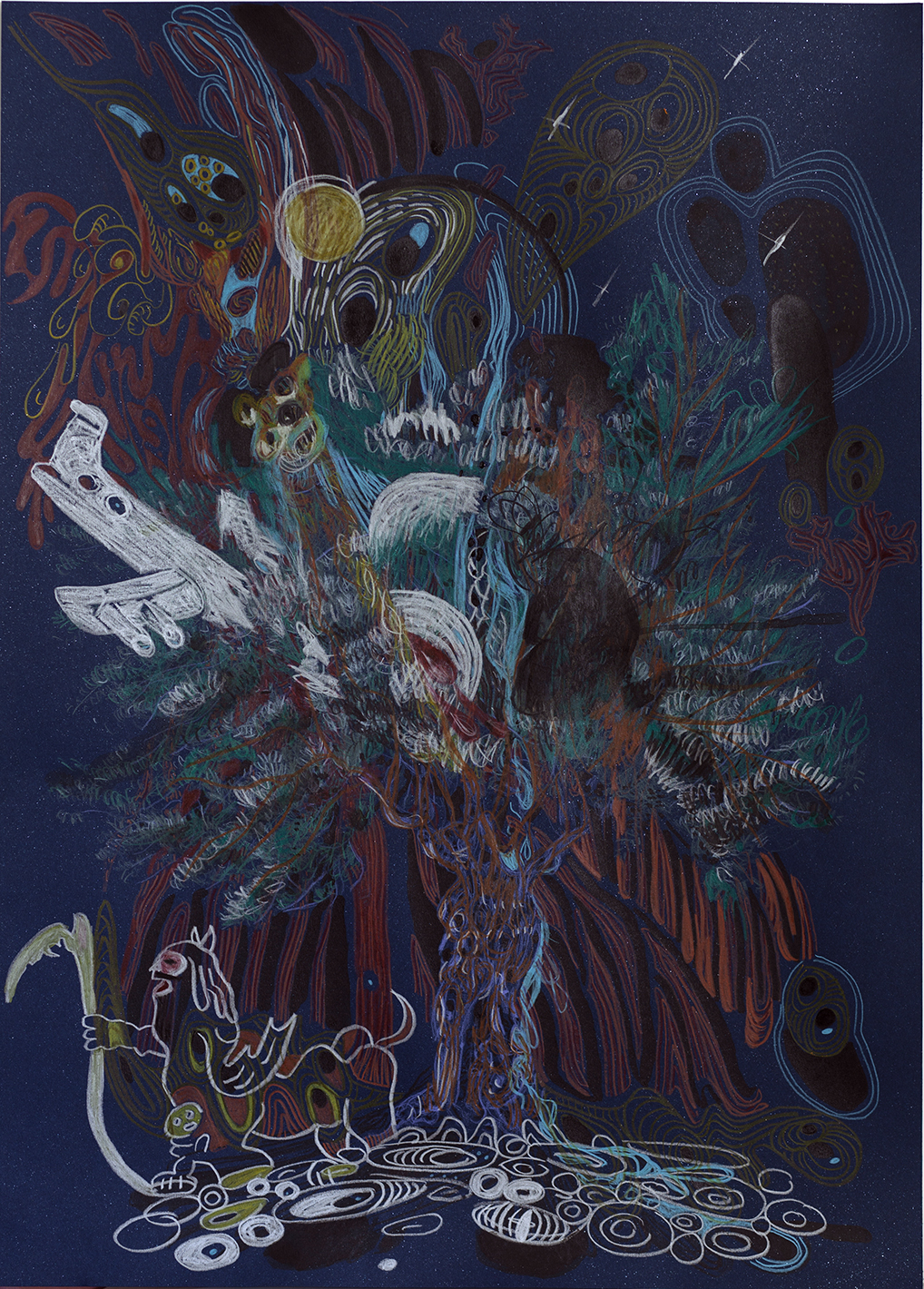 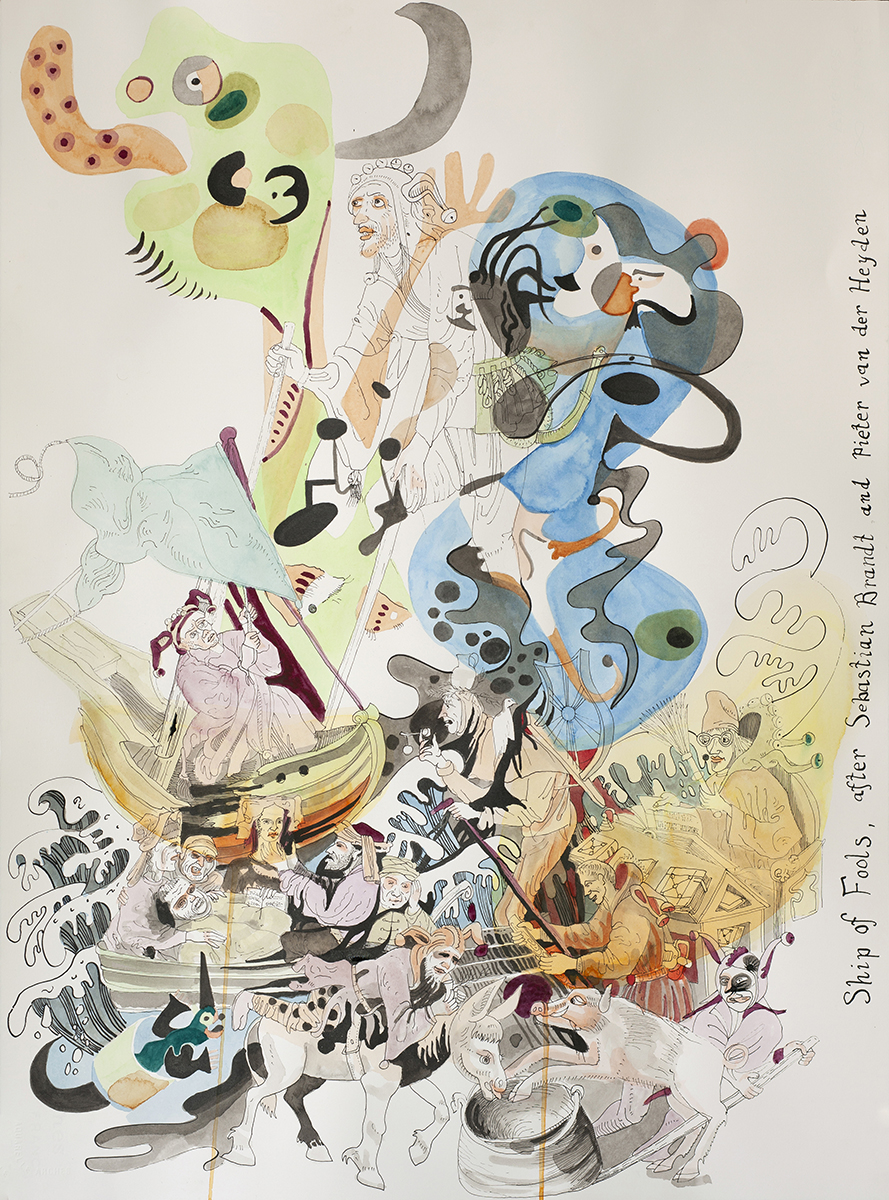