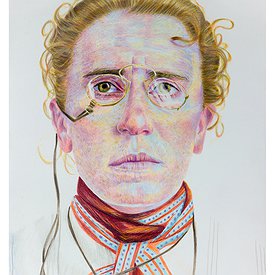 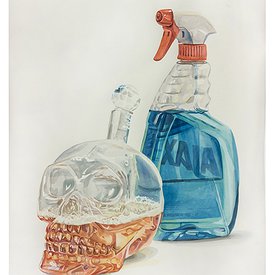 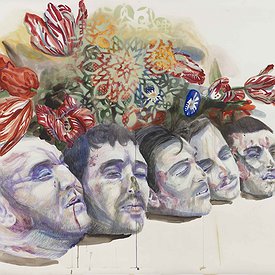 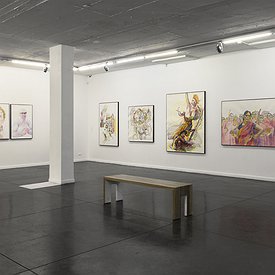 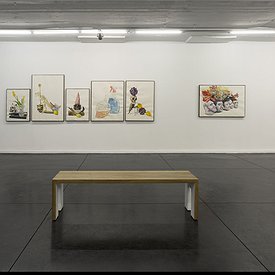 RawArt Gallery is pleased to announce the opening of a new solo show by Ruven Kuperman. The exhibition includes paintings from the last two years, created mostly with watercolors and color pencils on paper, including at times also collage and spray-paint. Kuperman's works are known for depicting violent scenes and terrorizing figures. The artist's rendering of violence reaches a high point in this exhibition, while also becoming sharper by the clear focus on female figures and on various manifestations of radicalness.

Among the 20 works that comprise the show, one can find certain recurring themes. A number of paintings refer to contemporary manifestations of radicality, with its unbearable brutality and undeniable charisma. Among others, the imagery relates to the Islamic State organization (known as ISIS), to the feminist punk art group Pussy Riot, and to the Gulabi Gang – the Indian activist women's group fighting against the prevailing physical and sexual violence against women, by direct and sometimes violent confrontations.

Other works come together as a series of portraits of women who were key figures in the history of radical politics, such as the feminist anarchist Emma Goldman (1869-1940) and the socialist revolutionary Fania "Dora" Kaplan (1890-1918) who was executed for attempting to assassinate Lenin in 1918. Beside them, appears Maud Stevens Wagner (1877-1961), a circus performer and the first American female tattoo artist. Painted in Kuperman's sensitive and meticulous style of portraiture, they become homages that will imprint the importance and relevance of these women today, while at the same time functioning as bona fide facial composites.

A performance by Rabia Salfiti, titled "The Man in the Chair," will be held at the gallery on Saturday, May 26th, at 8:30 pm

Born in 1964 in Kishinev, Russia, Ruven Kuperman lives and works in Tel Aviv. The portraits and scenes he paints and draws incorporate figures and icons from different cultures - Japanese, Pre-modern, Russian prison tattoos and more - along with details of his own personal life.
Kuperman has received an MFA from the School of Visual Arts in New York (1993). In 2017 he was awarded the Ministry of Culture prize in the field of plastic art.

Kuperman's work has been exhibited in numerous group exhibitions worldwide, in venues such as The Israel Museum in Jerusalem, Tel Aviv Museum of Art, the IV Odessa Biennale of Contemporary Art, Salon d'art contemporain in Monaco, Fifth Column in Washington, and the Haifa University Gallery. He participated in residency programs in China (2012) and the Singapore (2000). 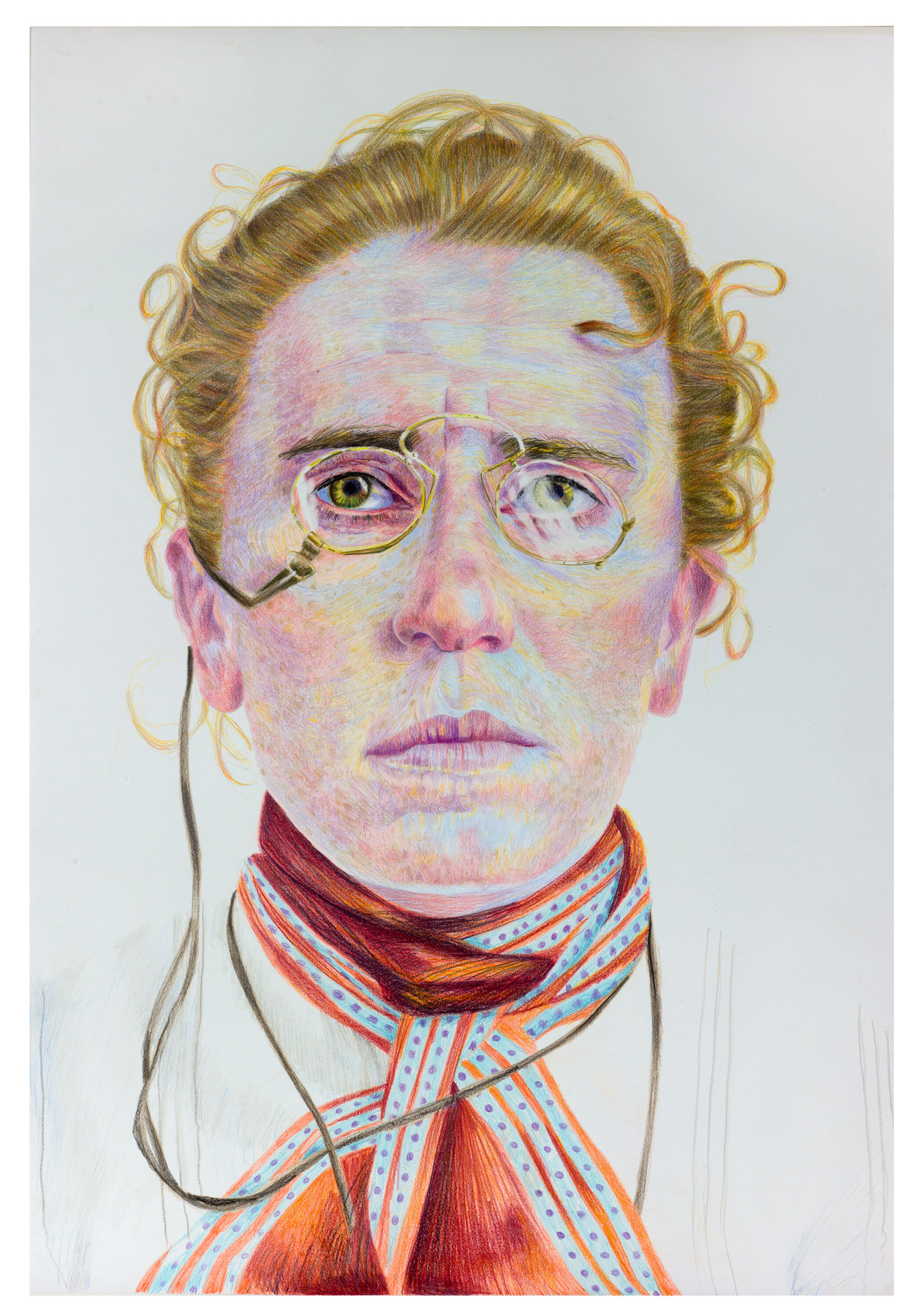 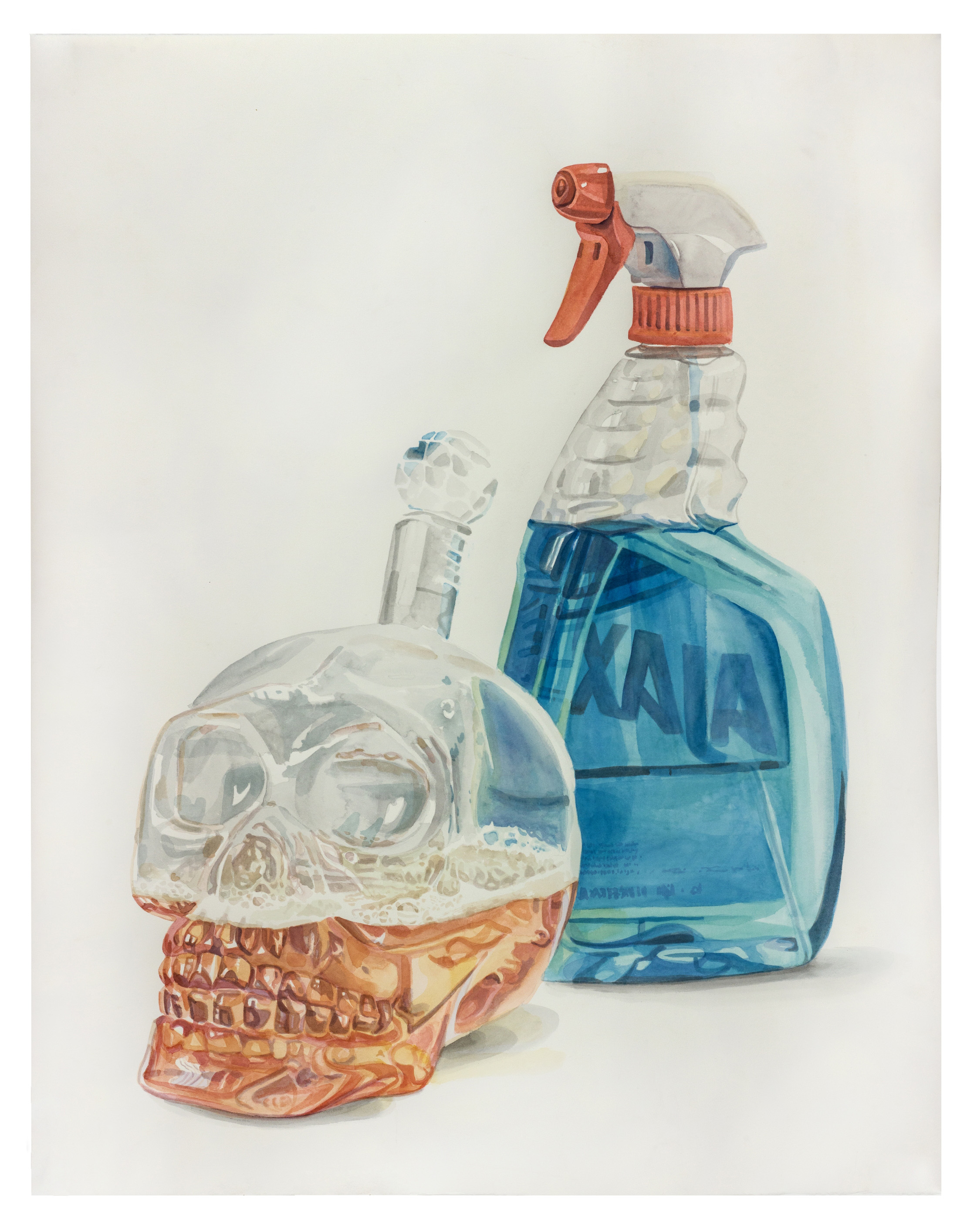 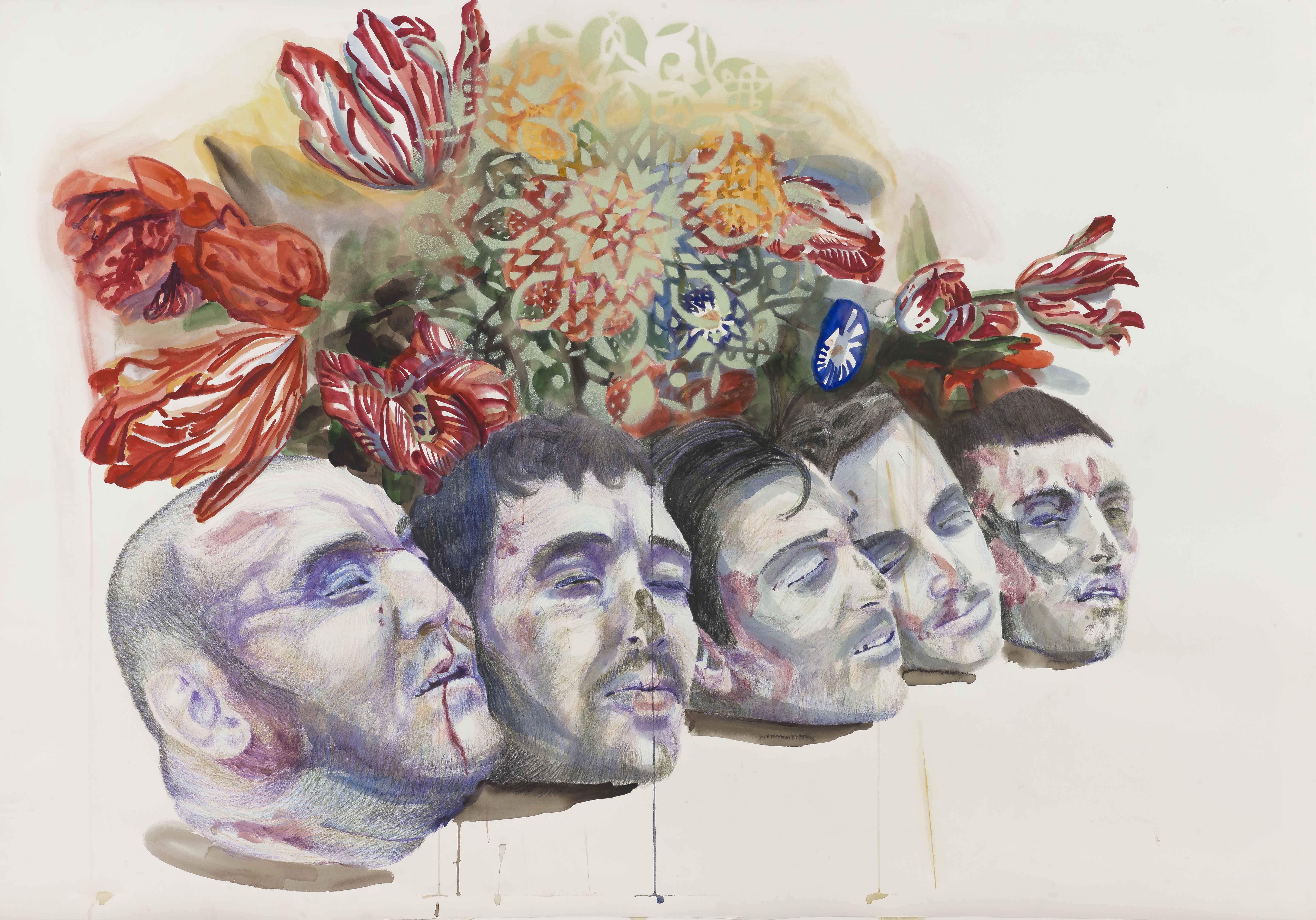 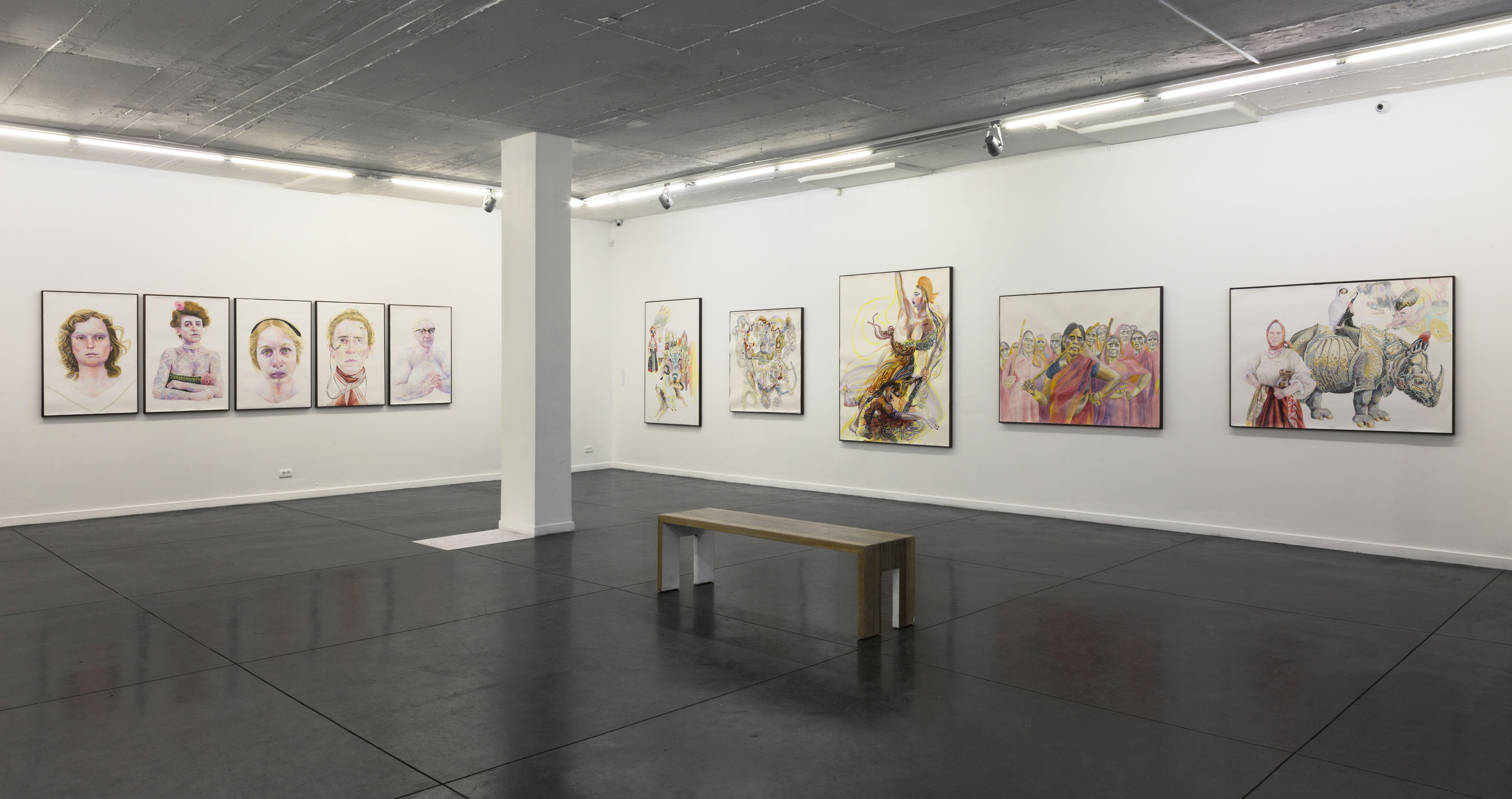 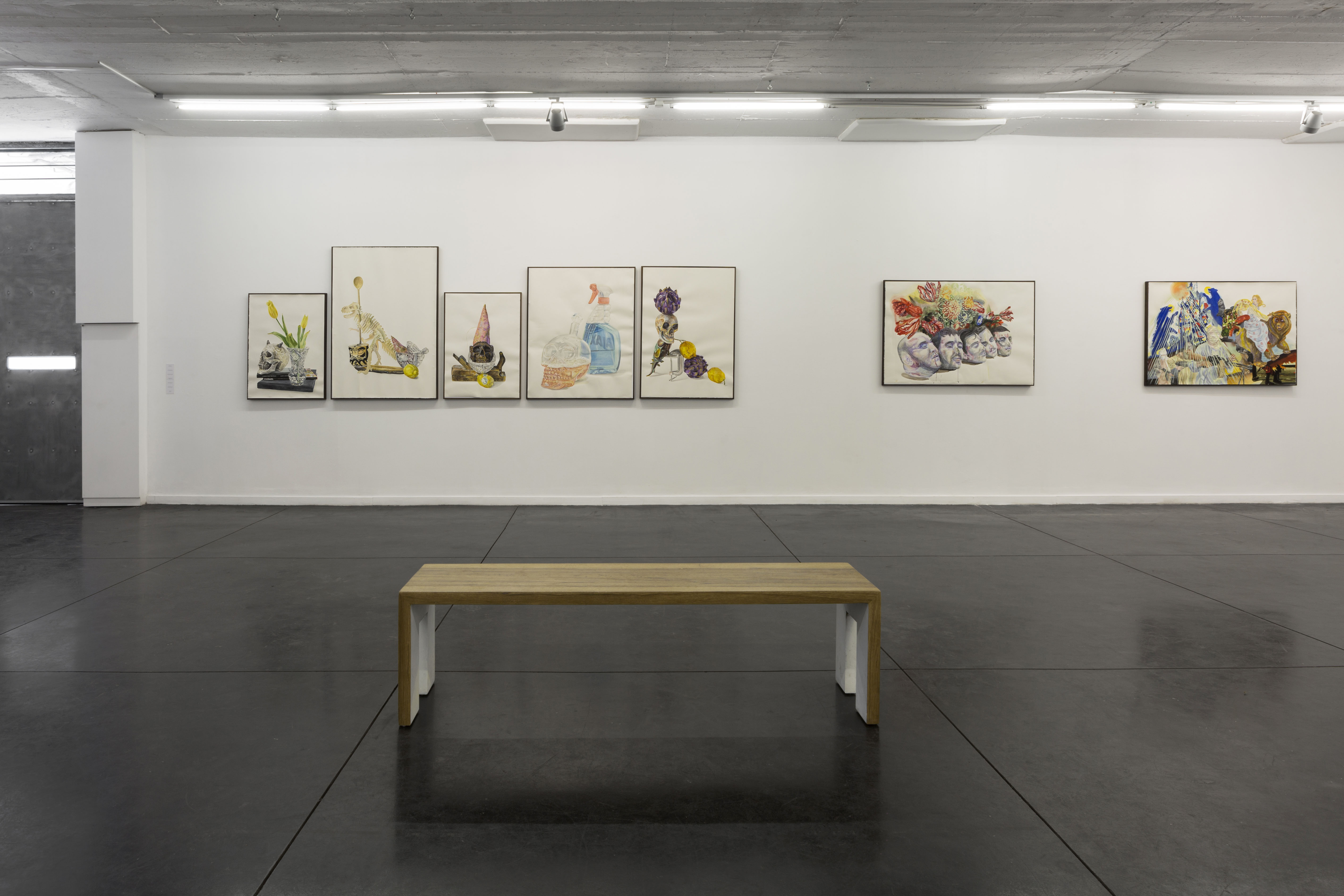