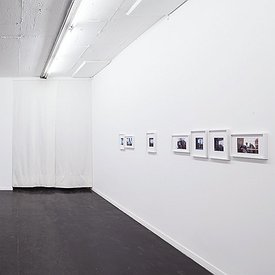 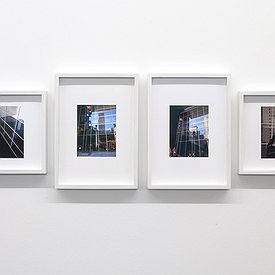 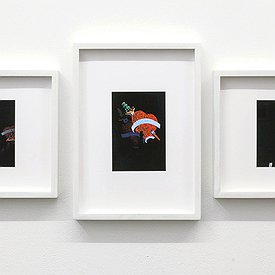 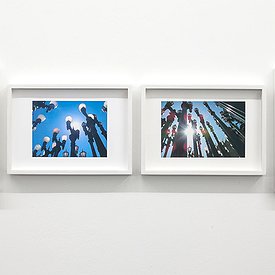 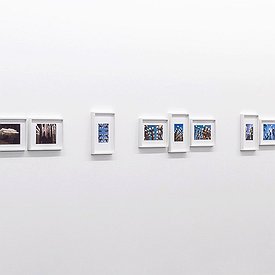 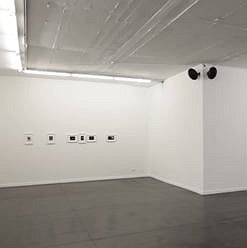 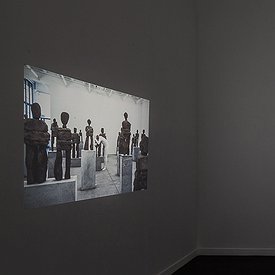 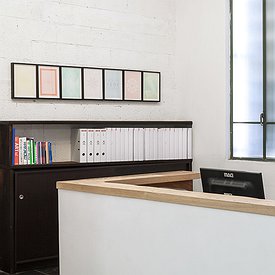 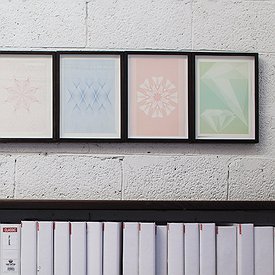 In the 2011 romantic comedy No Strings Attached starring Ashton Kutcher and Natalie Portman, two friends agree to have a strictly sexual relationship in order to avoid the complications that come with falling in love. The predictable turning point of the movie, when Kutcher’s character admits to have fallen in love with Portman’s character, was filmed on location of Chris Burden’s Urban Light on the main entrance of LACMA. He takes her on a Valentine’s Day stroll through the installation of 202 restored vintage street lamps so they can (quote) “walk around and enjoy the twinkly lights”. Feeling uneasy by his romantic gesture, she asks him why he is “messing everything up”, to which he answers, “It’s what people do- they buy each other flowers and they go to museums”.

Since its installation in 2008 the Burden piece has been photographed numerous times, featured in movies, music videos, fashion shoots and in an immeasurable number of photographs uploaded by users on social media. On Yelp, a popular online platform for crowd-sourced reviews about local businesses such as restaurants, spas, nightclubs , etc', the 94 reviews (to date) of Urban Light are almost entirely dedicated to its photographic and touristic appeal- as the perfect location to take selfies, dates, hang out with friends, or use as a backdrop for engagement/ wedding photographs.

For the title series of his solo exhibition ***** (Five stars) at Raw Art gallery, Zurich based artist Thomas Moor (b. 1988), displays photos of Urban Light alongside two other examples of widely photographed public artworks uploaded by Yelp users: Rose II (2007) by Isa Genzken at the MOMA, NY and Toxic Schizophrenia (2007-2009) by Tim Noble and Sue Webster at the MCA, Denver.

The archival presentation of the photographs is shown in combination with a sound piece of narrated Yelp user-reviews of a number of well-known museums. Moor presents a selection of reviews with various criteria for appreciation- while some rate the quality of the museum through a touristic standpoint, by way of the friendliness of the staff, the facilities the museum has to offer or its location relatively to other tourist attractions in the city, others do address the exhibitions on display.

Although museums have always been a part of the touristic experience, recent years have seen substantial changes in the consumption of art as entertainment. With the growing popularity of art fairs, biennales, art weekends and white nights- art events often offer the crowds extravagant festive happenings that include an extensive program of simultaneous pop-up exhibitions, large- scale public sculptures, parties, live shows, screenings and workshops.

Trying to keep up with the times, lately museums have been criticized for exhibiting shows that have potential of commercial success rather than artistic merit. The Bjork retrospective at the MOMA last March is only one example for a public uproar that emerged due to the show’s celebrity appeal and critically bashed level of artistic interest, asserting the show belonged in the Rock n' Roll Hall of Fame rather than the MOMA.

This is of course thoroughly different to the traditional manner in which viewers consumed art exhibitions in a museum or gallery space, as it was thought to be a cultural, intellectual pastime for quiet, civilized contemplation. Touching Tangibles, a one channel slide-show documenting a performance series, is a commentary directed at these exact conventional rules of conduct one must follow within an exhibition space.

The artist created for the series a head- to- toe bodysuit that functions similarly to the museum gloves with which artworks are handled during the hanging and dismantling of exhibitions. Moor then asked different art institutions to hug sculptures they currently have on display. He carried out 30 hugs of works by some of the world's most famous contemporary and modern artists, among them Jeff Koons, Urs Fischer, Constantin Brancusi, Bruce Nauman, Hans Arp, August Rodin and Victor Vassarely.

The bodysuit draws attention to the status of the artwork as an untouched object thereby surfacing questions about whether artworks are handled preciously because of their financial worth or rather because of their artistic or conceptual significance.

Though both series, ***** and Touching Tangibles, address the branding of sculptures, there is no actual piece of sculpture presented in the show. Rather, Moors' works amount to an external discussion about the sculptural object as a practice or a concept with social and economic functions. Connecting the two series', one may see a direct link between a sculptures' level of accessibility to the public to its position within the socio-economic system.

In that respect, seeing that the third part of the show is installed in the gallery office and open for view only from beyond the partition of the office desk, it creates an inaccessible circumstance for the viewer. Simulating certificates of merit or licenses of practice, the series is an officially licensed set of unique high security prints. Designed to prevent forgery, the geometric shapes that adorn them are commonly found on documents such as bank notes, passports and certificates of authenticity.

Their presentation may be interpreted as an act which isolates them from their original context and thus generates them as decoratively abstract images. While on the other hand their installation as an intervention in the gallery office validates them as a manipulative object with political implications .They can either be revaluated as artworks or as currencies.

Moors' experimentation with networks of art branding may be seen as an exercise in sculptural thought- a version of Beuys' Soziale Plastik (social sculpture, i.e. artworks that engage the public so as to transform society). That said, Moors' social practice derives from a cognitive capitalist perspective in which he is an active player in the economic game. He exposes how everything is in fact an item of commodity with financial motives- be it fine art, historical landmarks, entertainment venues, border control inspections or professional training. 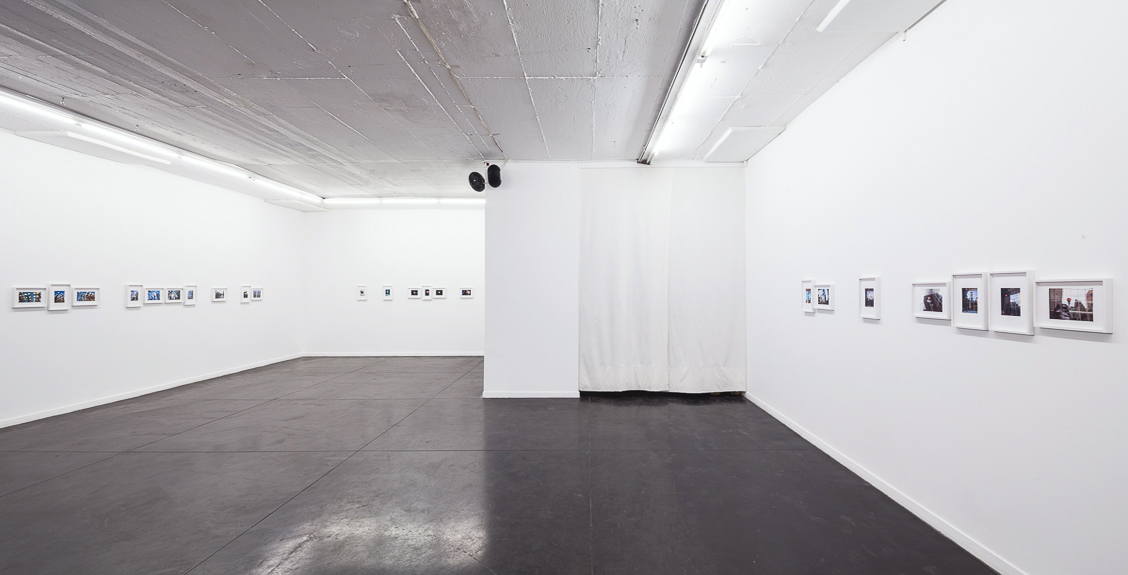 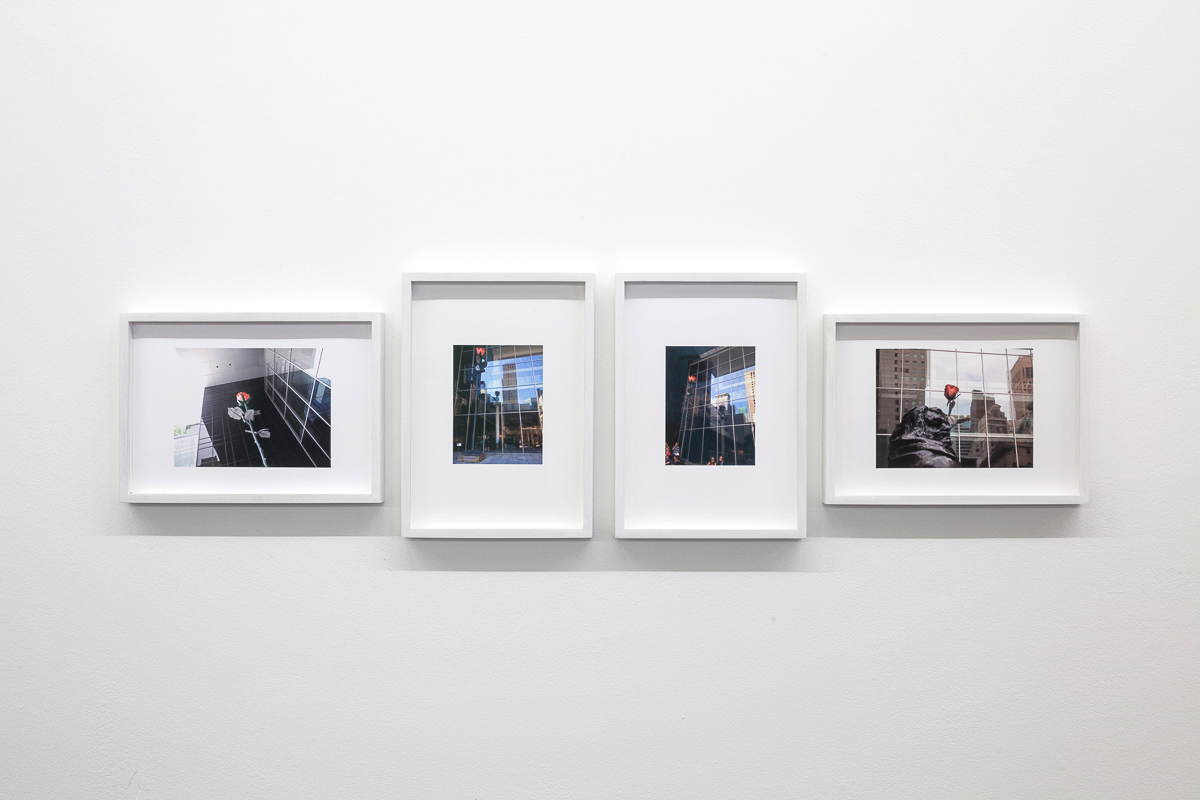 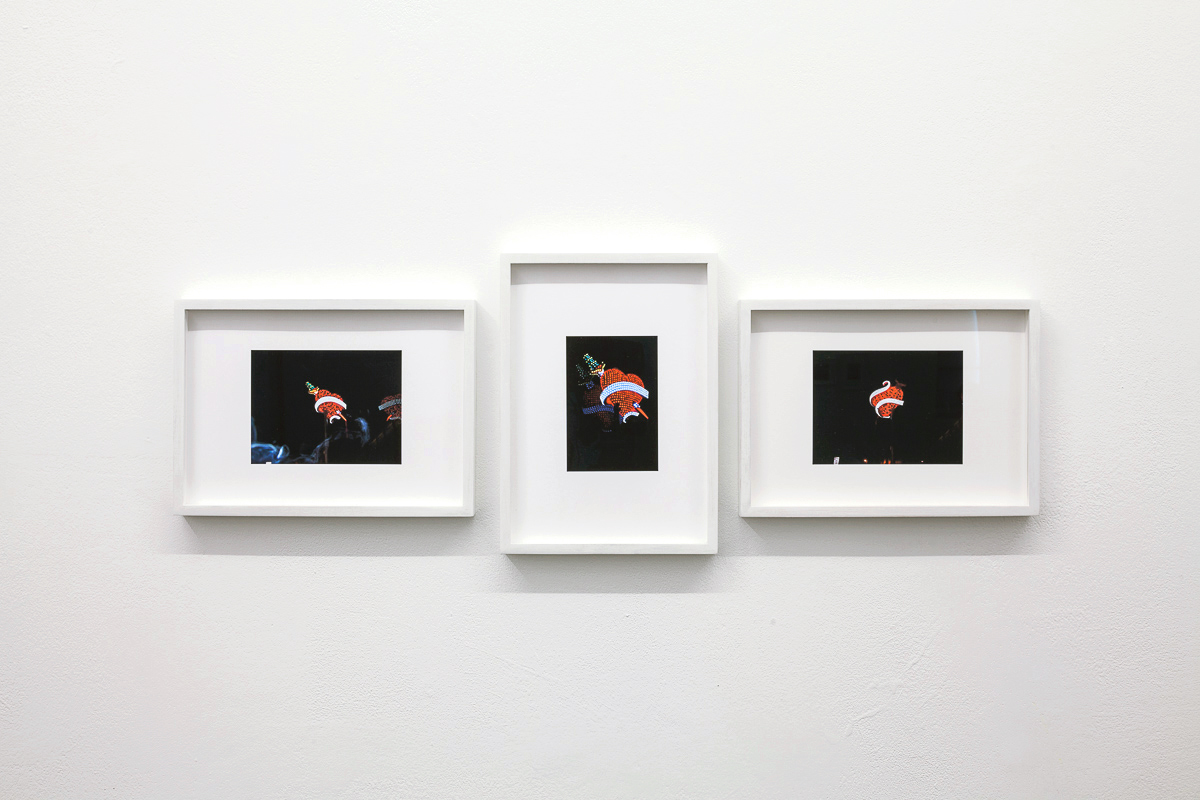 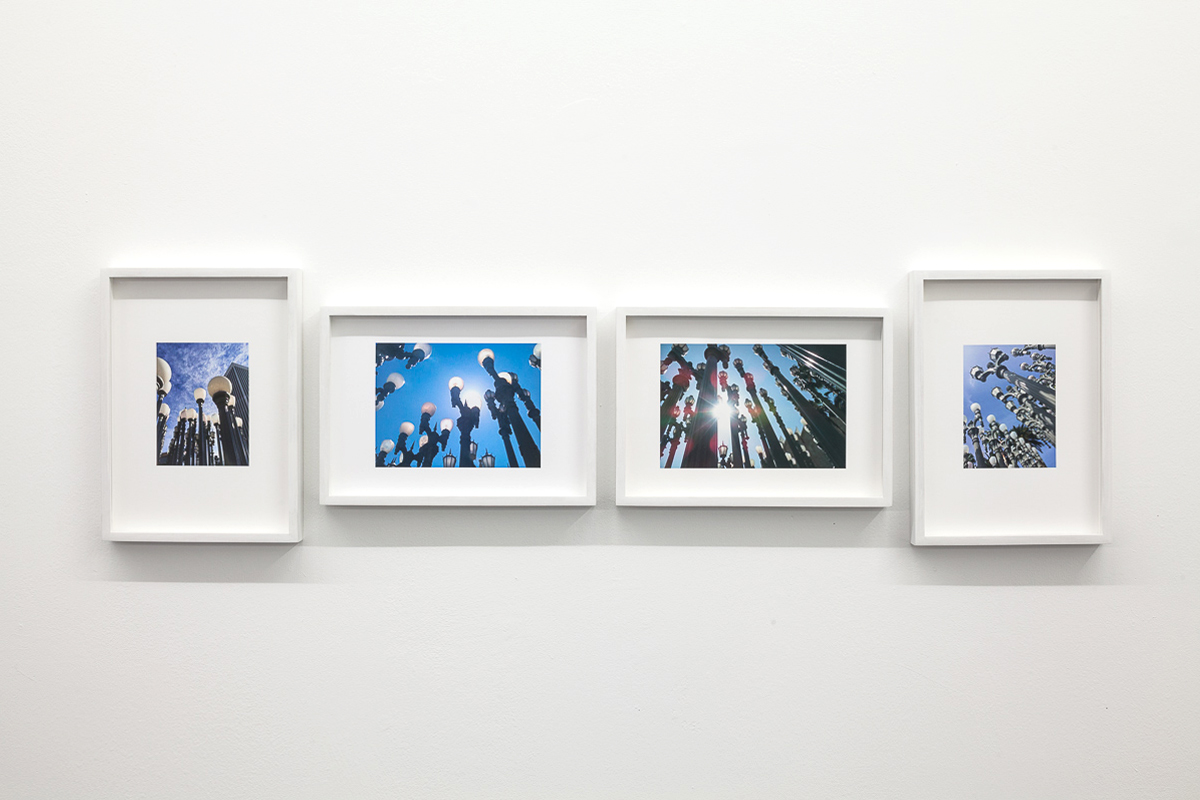 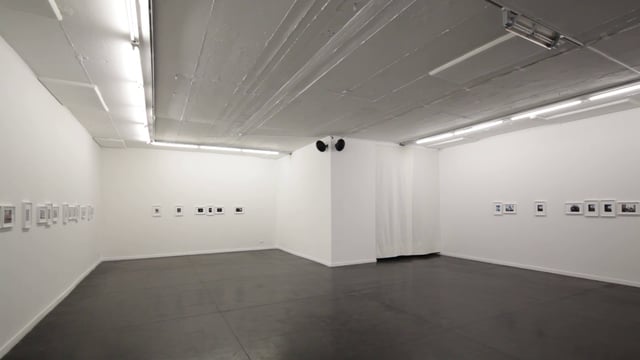 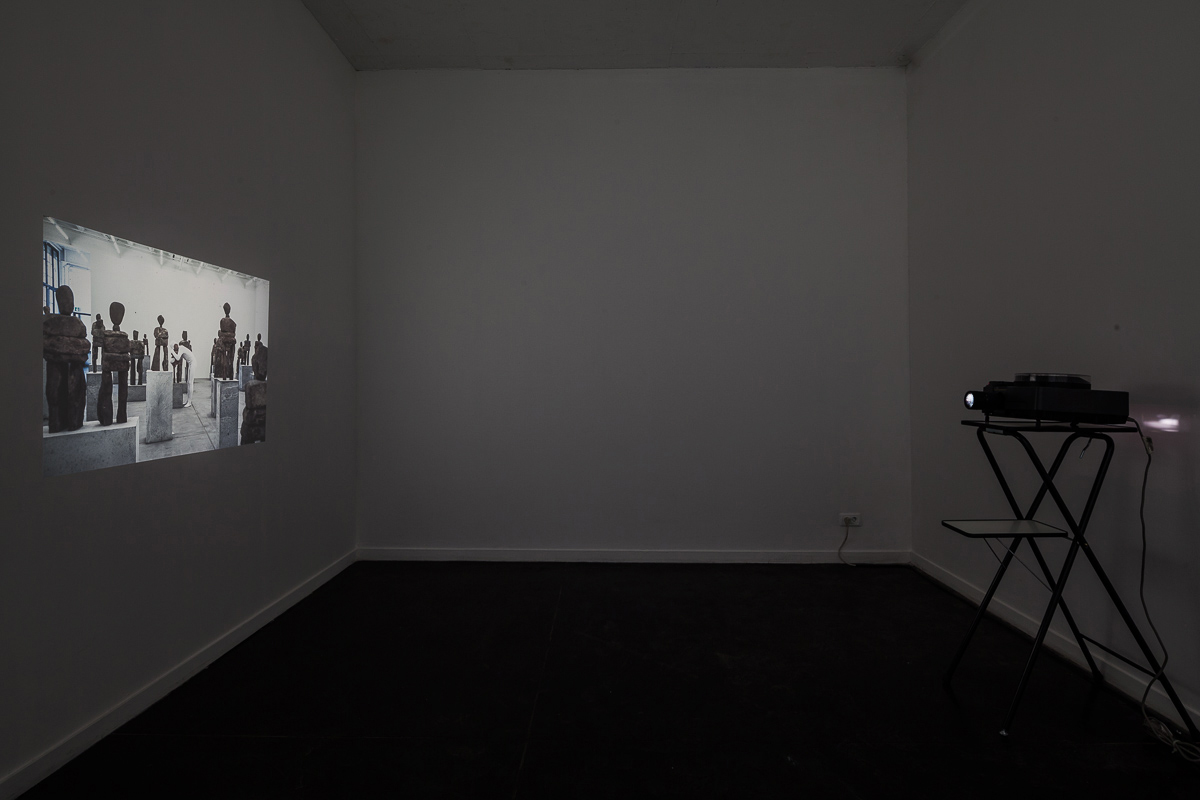 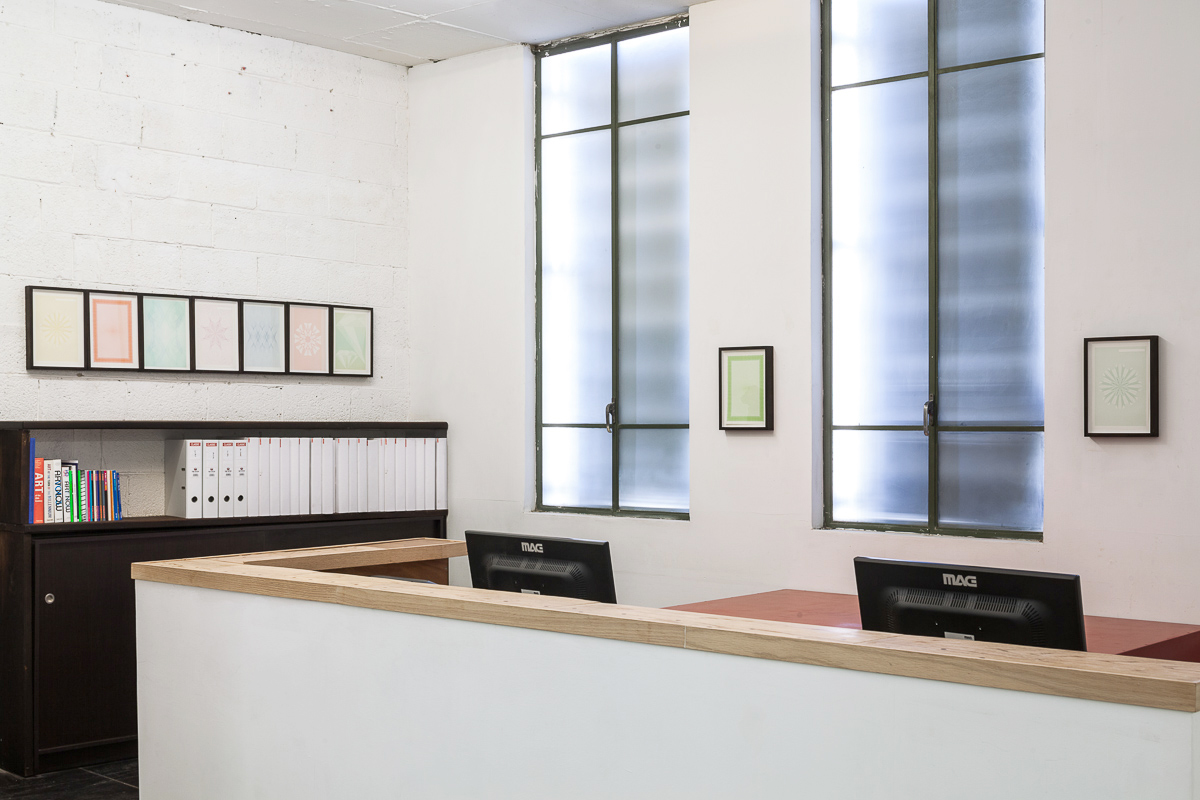 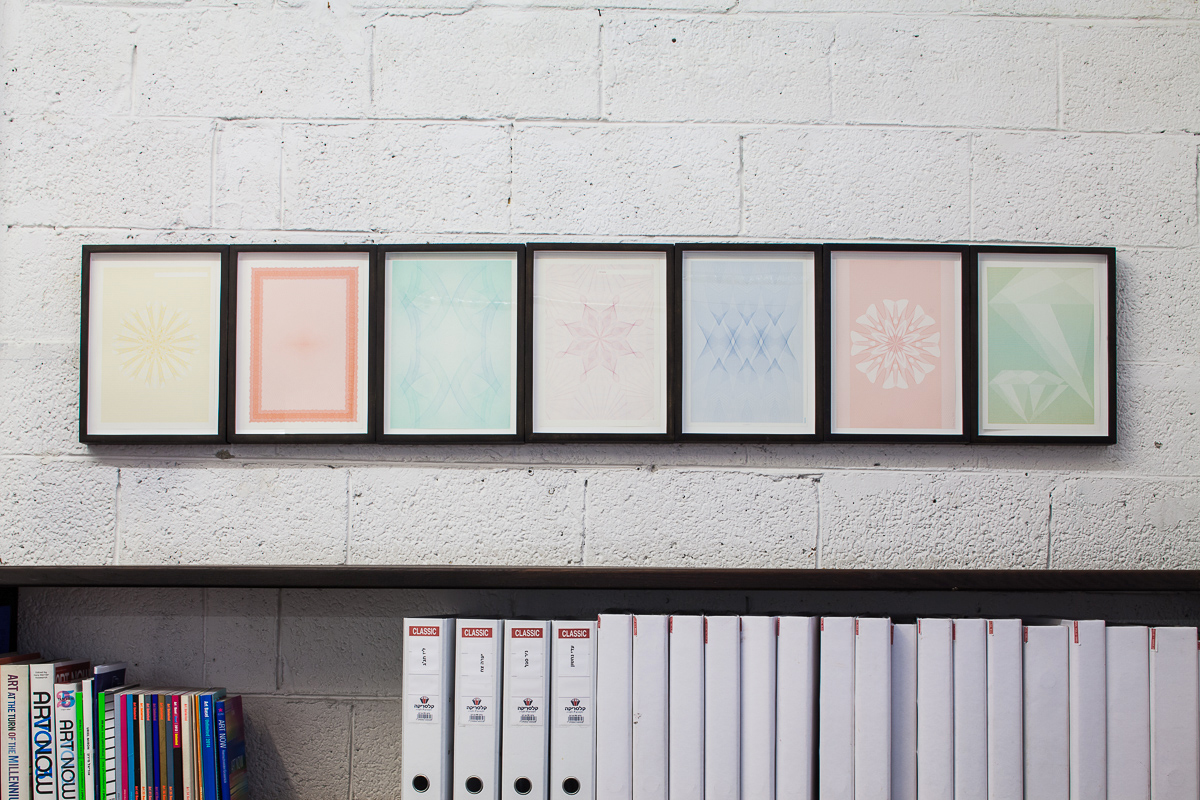