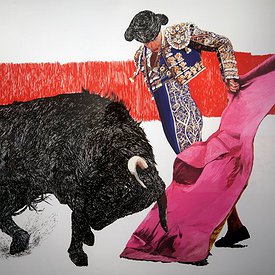 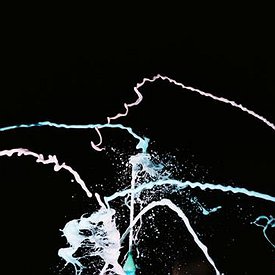 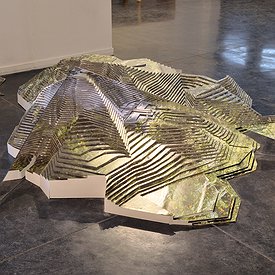 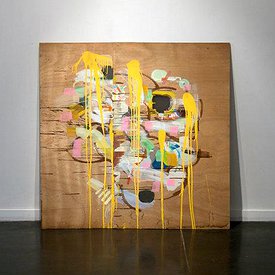 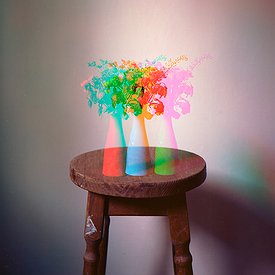 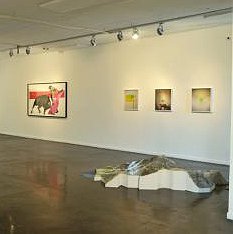 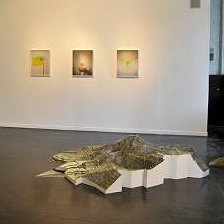 The exhibition is named after an exercise held by the IDF in June 2011. During the exercise two sirens were nationally broadcasted, while the Israeli citizen's were tested in their preparation to reach shelter in case of emergency.

The name of the exercise has a dual meaning of hope for change and for new times, along with the recognition of defeat and the realization that nothing will change. It is cynical from the core but also conveys great humanity. It is both pessimistic and optimistic, for it describes recurring failures but also persistence and refusal to submission.

In the context of the exhibition, the IDF's chosen name represents the cultural ambivalence to both the past and the future. Since the present and the future stand for the developed, progressive extension of the past, the latter is perceived as primitive. Concurrently, the perception of the future is followed by apocalyptic visions, by myths of the Golem conquering its creator, of Babylon, of the sinful hubris, marked as the danger of drifting from nature.

The exhibition confronts the subject matter primarily through the artistic perspective. However it chooses to perceive the artistic technique as an indicator for broader social phenomenons; Seeing the method as the visual surface of cultural under currents which have continuous fluctuations between conservative and modern values. Thus the works in the exhibition question artistic values such as styles, mediums, traditional and modernistic themes (from landscape, portrait and still life to sexuality, identity and popular culture).
The three works by Yonatan Hirschfeld belong to his interest in religious, mythological and historical subjects and to the way in which these subjects are portrayed in art history. The stories of Oedipus and Jezebel, not only link to the artistic and cultural western heritage; but stand as symbols of pride, of efforts to overcome their disastrous fates and of conflicts between different religions and beliefs. Additionally, Oedipus stands for the artist's tragedy, who saw too much and poked his eyes out.

Artur Yakobov's dog fights represent human- animalistic nature, thirst for blood and cruelty which modern day man would like to think of as in the past. However they stand true for today as much as they did in the past, whether institutionally or not. Dog fights symbolize the way man channels his violence into organized games, where horror becomes entertainment. These acts are called "Blood Sports" since one or more animals are killed in each game. Concurrently, the Afghan culture described in the work may represent so called "under- developed", non- western cultures.

Lihi Chen also discusses institutionalized violence however she isolates the context from its performative level and focuses on the relationship between the two fighters- the man and the bull. The connection that forms between the two highlights their vulnerability and their symbiotic dependence on one another, similarly to lovers in the midst of a power struggle. The name of the work "Look me straight in the eye", stresses the romantic context, as it is both confrontational and evasive, reflecting the need for power collisions on the one hand and the fear of destruction which each side threatens the other with. This perspective challenges the heroic and exotic dimension which artist such as Picasso, Manet, Goya and even Almodovar, viewed bull fights. Whether through disturbing the hierarchies between the bull and the man, making them equal or whether technically, since digital painting allows a process of trial and error.

Elisheva Levy displays a video projected on a poorly stretched silver screen. The term "silver screen" literally comes to life to an extreme. While the original function of the screen is to serve as a backdrop which disappears upon the film's screening, here it becomes the object itself. Shifting from high to low tech, the work corresponds with both nostalgia and traditional methods of work, to contemporary practices of display. The ever glowing rainbow, gleaming in the desert scenery, creates an eternal loop of optimism verging on madness. The desolate landscape of reality is rendered in artificial colors, becoming beautifully luminescent, shimmering with seductiveness, all the time it is projected upon a fragile construction.

Assaf Shaham also combines high and low technology. The title "The Mentos & Cola Experiment #18", is quite self explanatory, since the work is a documented experiment of the explosive reaction which results from inserting a "Mentos" mint into a carbonated beverage. While there is an instant link to Jackson Pollock and action painting, the laconic title, turns the expressive gesture of painting into an entertaining juvenile prank. With that said, the same quality which turns the explosion into entertainment, reinforces the emotional connection which every man can have to an aesthetic image, therefore it corresponds to the fundamental artistic experience.

In the series "Time After Time and Again", each work consists of three separate frames of RGB (Red-Green-Blue) filters, standard photography filters that when combined; create a basic palette of colors. If the "Still Life" depicts one of the most commonplace subjects in art history- the vase of flowers, the "Filter" addresses the photographic practice itself. The balloon on the other hand, takes it one step further, as it simply describes a coincidental object, using the method displayed in the other two works.

In Lali Fruheling's floor piece, the artist took wall paper of a tropical setting and created a three dimensional topography of a mountainous landscape. The work relates to traditional descriptions of landscape, for it obligates the viewer to shift between two- dimensional to three dimensional viewing perspectives. In addition, it discusses artificial mapping of territory and forced definitions. The wall paper glorifies the scenery, turning it into a fake, un-natural scene; just as the geography map marks artificial borders.

Dana Darvish creates collages from digital ready-mades which raise questions about intellectual property in the digital era. Dealing with the subject of consuming digital images is seemingly opposed to the nostalgic appearance of the portraits in the works. Their visual reference to the surrealist collage creates a context of defined and disassembled identities. Opposed to the modernistic- humanistic outlook of the early 20th century, Darwish's collages may be seen as de-mystified versions of the self, presenting it as the sum of the different fragments one is exposed to, as a product of its surroundings.

Sharon Fadida's work is concerned with the basic components of painting and their subversion. The work belongs to a series which researches different variations of vertical and curved lines through a playful work method. The compositions move from figuration to abstraction, thus functioning as a token to how man tends toward anthropomorphic forms, sources of recognition and reflections of himself. 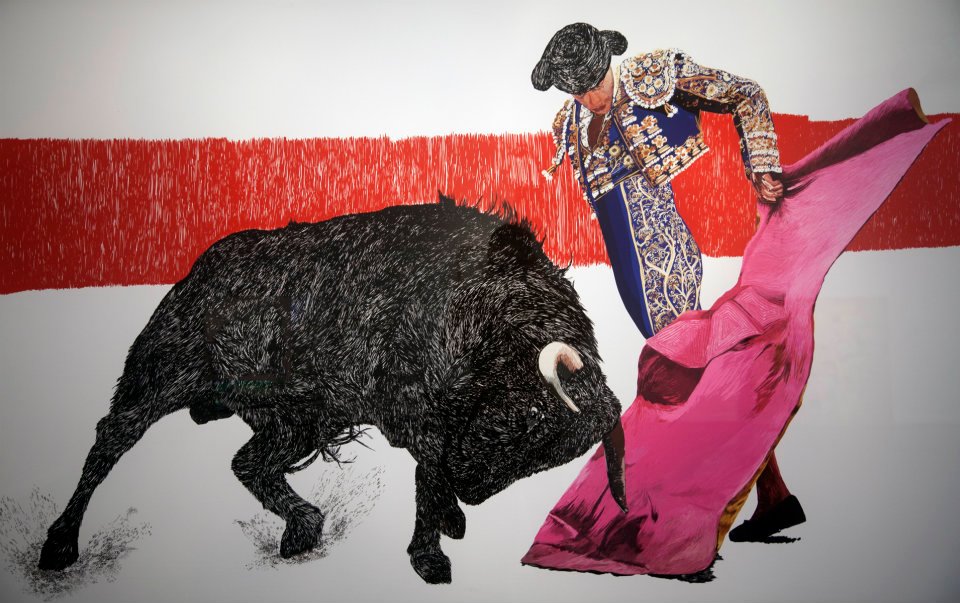 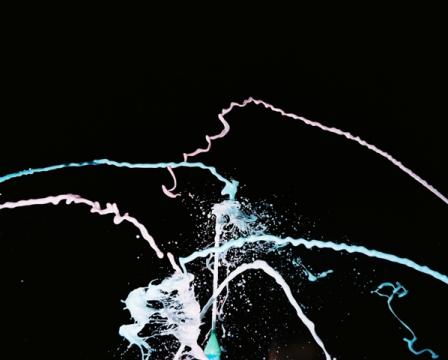 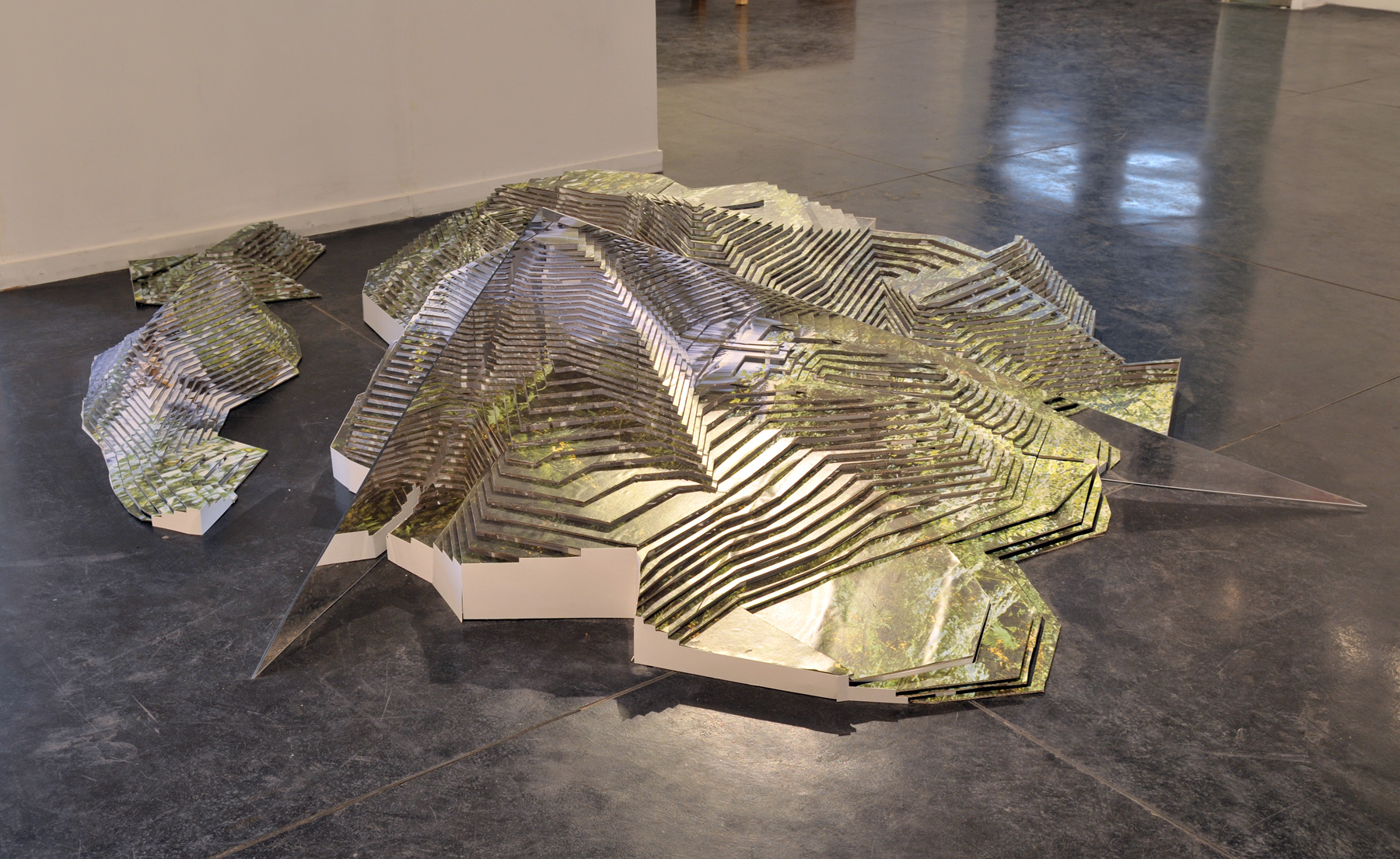 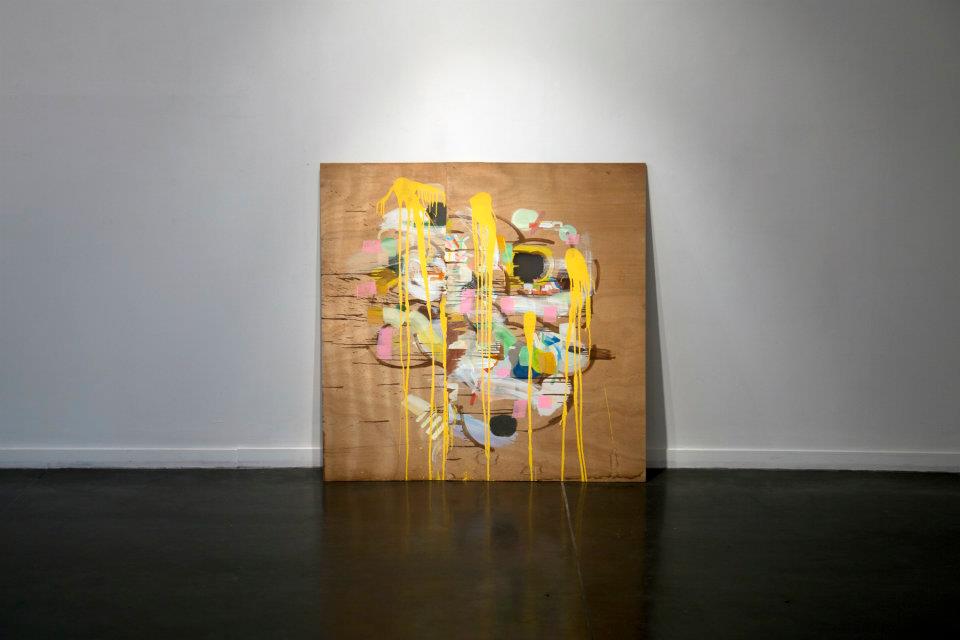 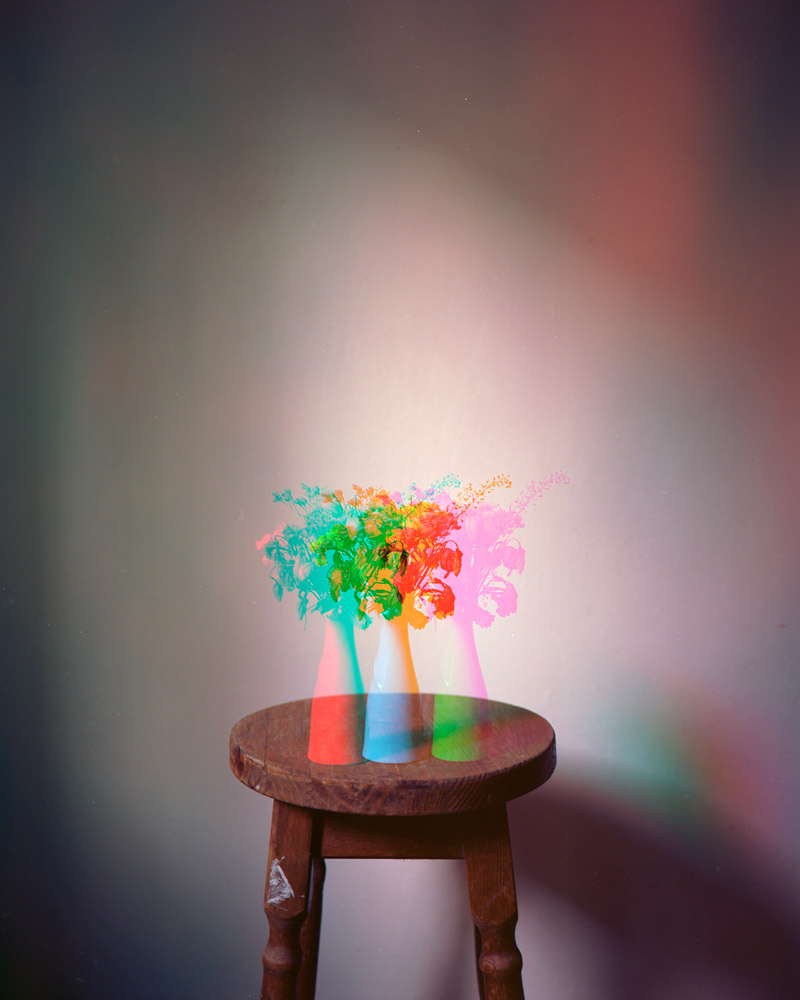 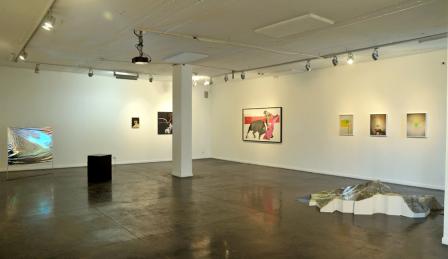 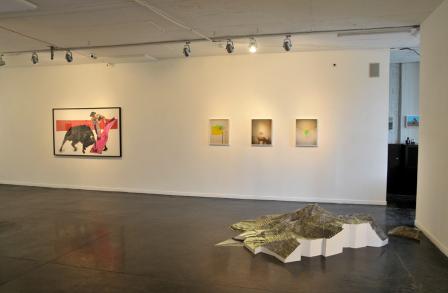