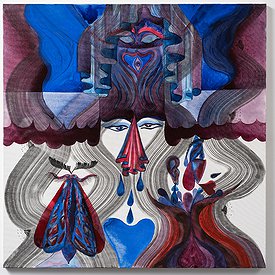 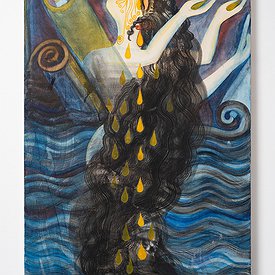 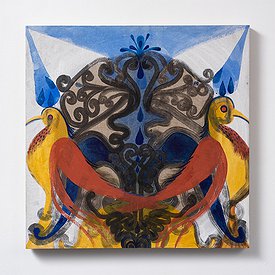 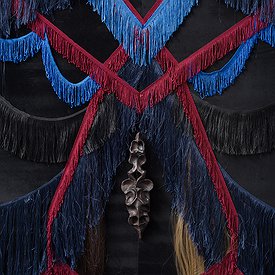 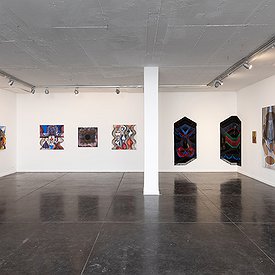 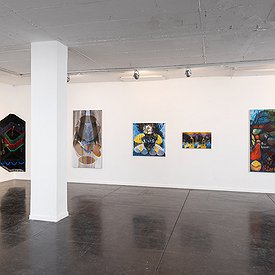 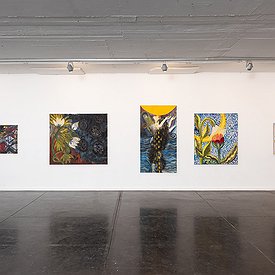 Rouge, Esther Schneider's first solo show at , comprises paintings in black ink and watercolors on canvas. At the corner of the space, Schneider opens a gate to a transitional space that asks the visitor to linger: black velvet embroidered with threads and tassels becomes an architectural element adorned with sculpted creatures, made of black clay.

A pair of outspread hands, holding a threaded needle, invites the viewer to step into the exhibition. They also suggest the physical gestures of the artist's hands, which penetrate the lumps of clay with symmetrical motions, or comb patterns on the surface of the canvas to create the curling lines that drive some of the paintings. The ink brush transforms into ocean waves and eyelashes, or creates a grid of sorts that serves as a foundation for the painting, through which the abyss can be observed.

Schneider's paintings are rich in symbolic systems of bold colors, signs, and figures. These stem from simple and intuitive gestures, which are then woven with layers of references and meaning. A yellow semicircle, which interacts with the frame was the origin of the work "Sunbird." It was followed by a figure that turned her head to the source of the light, in an Art Nouveauesque distortion. Her body echoes the silhouette of Nefertiti, the Egyptian Queen, who is joined by hints of other mythical female figures. Yellow drops trickle down, forming a stabilizing spine. The drop shape reappears in the paintings as tears, rain, or blood, in some instances becoming a circular decorative border surrounding the painting. The drop also reflects the nature of watercolors, which are trapped under their surface tension and then spread randomly throughout the canvas, occasionally revealing the whiteness of the material beneath.

Schneider delves into the deep and layers of visual signs from ancient cultures. Through the act of painting she recreates attributes of the outer shell: a detail, a decoration, a gesture, a composition, and thus the artist connects to a sequence of painters that had come before her, and brings forward, with their help, personal and collective materials that are beyond the realm of the visible, the conscious, or the defined. The paintings lean on one another and coalesce, alongside the installation constructed between them, into a mystical iconographic syntax.

Ester Schneider (b. 1978, USSR), lives and works in Tel Aviv. She holds a Master of Fine Arts degree from Bezalel Academy of Art and Design. Schneider is the recipient of the Israel Ministry of Culture Award in Visual Art (2019), the Ilana -Bezalel Award for Excellence in Art (2016), the Givon Award (2012), and the Young Artist Award (2011), as well as excellence awards from the Advanced Studies Programs at Bezalel and Hamidrasha - Beit Berl College. Schneider has had solo and double shows at the gallery of the American Jewish University in Los Angeles, the Herzliya Museum of Contemporary art, the Midrasha gallery in Tel Aviv, and at Artists' House and Artists' Studios in Tel Aviv. Her work has been shown in many institutions around the world, among them of Art, Petach Tikva Museum of Art, Eretz Israel Museum, Al Hatefer Museum, and Triumph Gallery in Moscow. Her works are included in the collections of the Tel Aviv Museum and Ha'aretz, and in private collections in Israel and abroad. 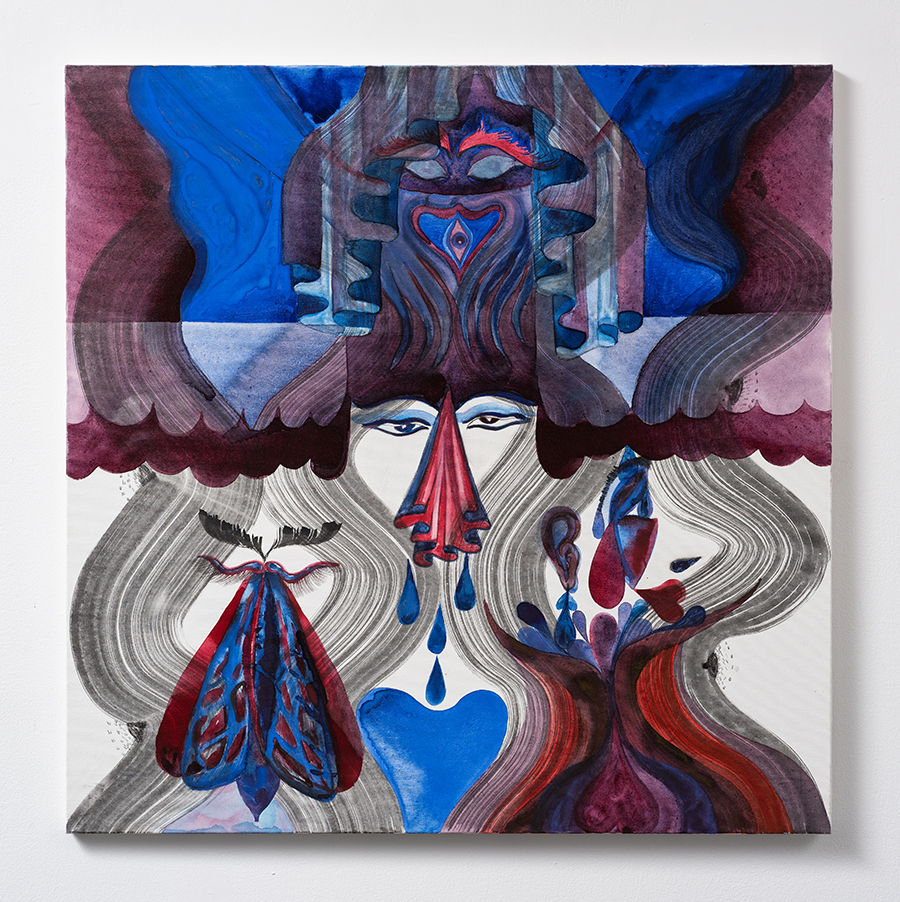 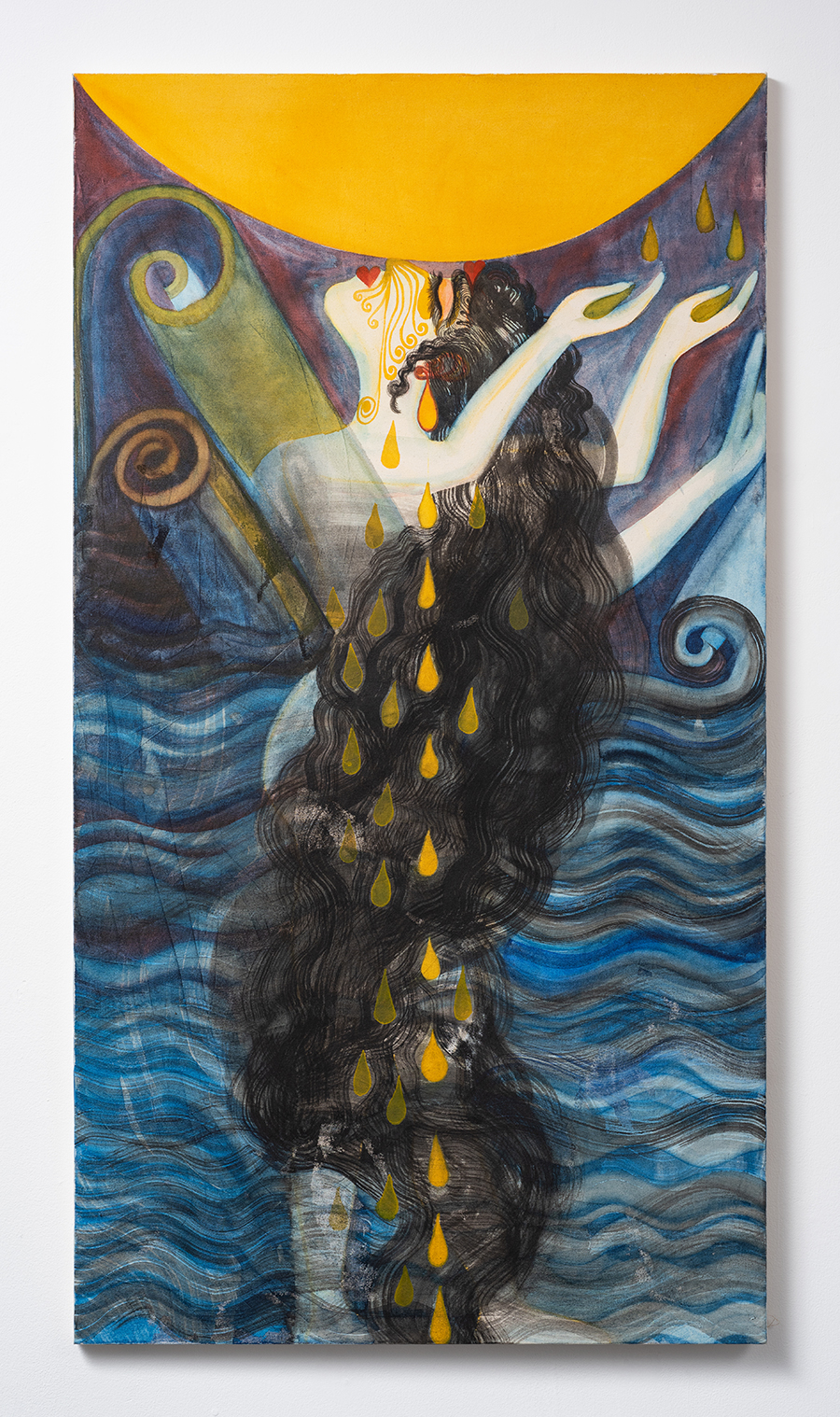 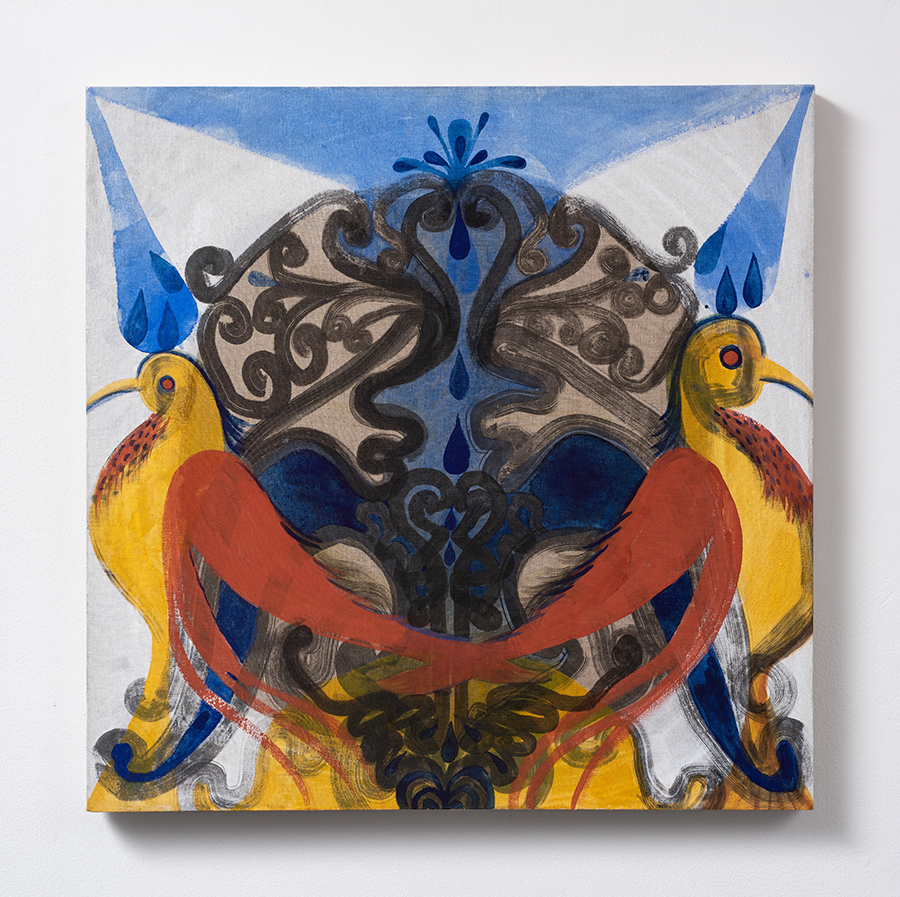 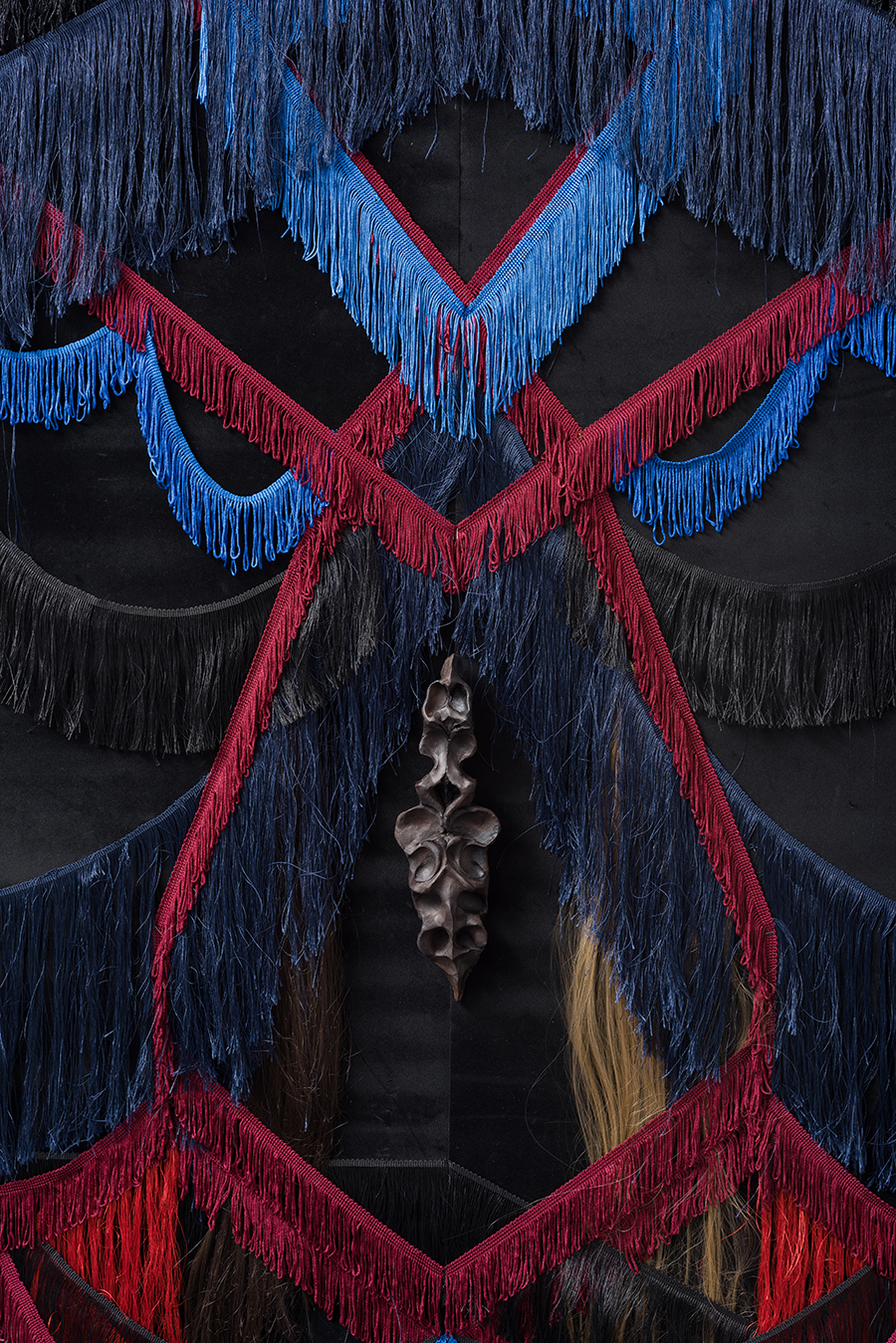 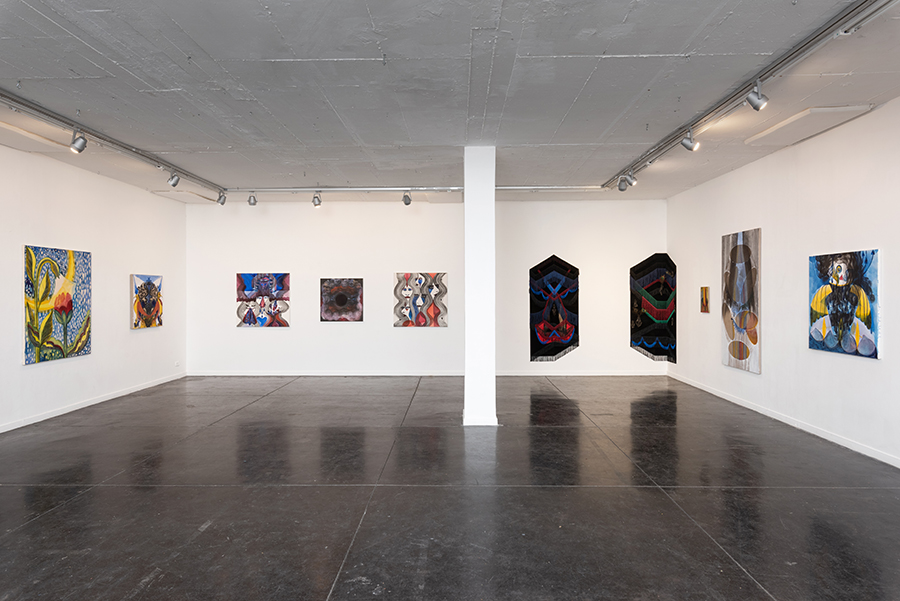 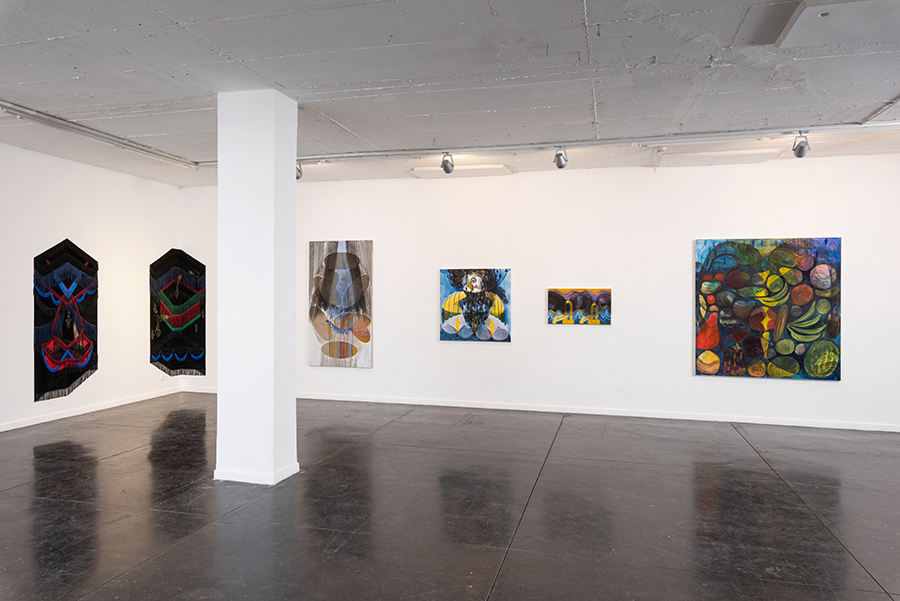 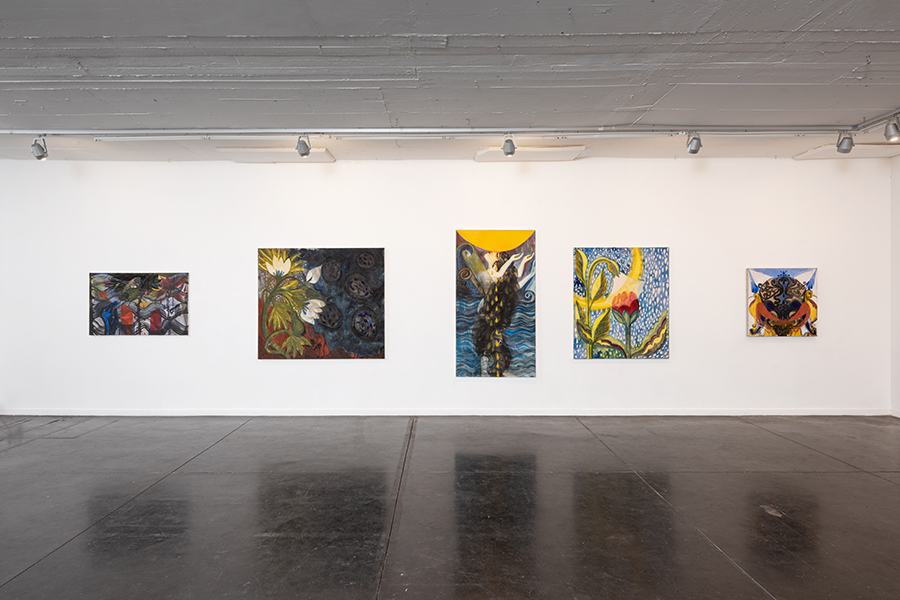