The artist's father in his back yard (preperation shot for sculpture)

Feathers in the Forest, 2014, Still from video, loop 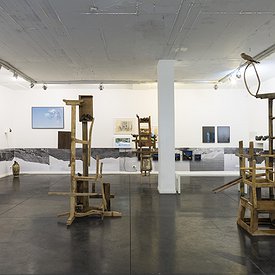 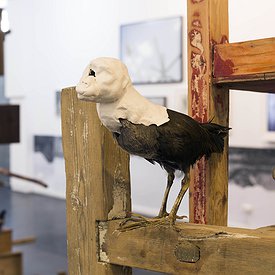 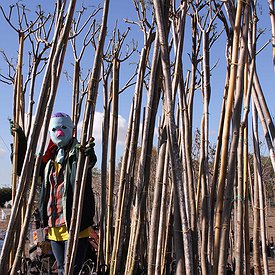 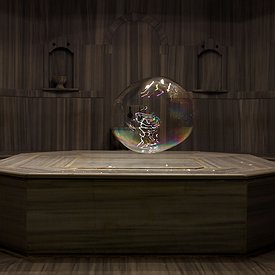 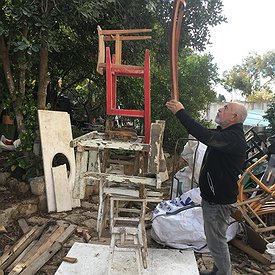 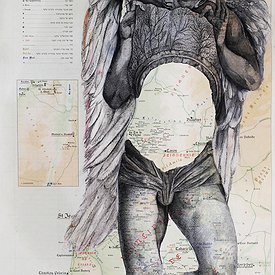 "Meridian" is Sharon Glazberg's first solo show at RawArt Gallery. Featuring photographs, sculptures, videos, works on paper and installations, the exhibition provides a broad look of the artist's oeuvre. While most of Glazberg's previous exhibitions featured coherent, thematic and sometimes site-specific display, the exhibition "Meridian" offers a multiplicity. The diversity of media, sizes, lengths, techniques and actions points to the multidisciplinary inherent to the artist's work over the years.  Within that diversity, the show highlights specific themes and principles recurring in the artist's work. As its title implies, the exhibition offers the viewer several directions, trajectories or axes as possible access paths to the artist's oeuvre.

The most prominent theme in Glazberg's work is nature, both as a constructed landscape and as a wild, uncontrollable reality. Glazberg works with her environment, whether it be human, agricultural, vegetative, or animal. She works with it, inside it, inseparable from it. She is attuned to nature's cyclical temporality (as is evident in her looped videos, for example), to its inevitable disasters, as well as to its miraculous moments.

Most of the materials she uses in the works are old, irrelevant, outdated – old furniture collected by her father, old maps, or animal taxidermied birds that were thrown out of collections and found their way to her studio. It isn't just any discarded object that the artist chooses, then, but the ones that were once part of a series, a collection or a narrative, which have justified the object's culling and attempted preservation. Glazberg works with these objects the way she works with physical sites – she takes them apart, gives them new movement and meaning, and does not shy away from intervening in them, sometimes violently. This way, the artist takes part in the human constant, but futile attempt of mapping, collecting, marking, containing, mythologizing and constructing nature and life.

Sharon Galzberg is a multidisciplinary artist, working in performance, video, painting and sculpture. Her work is often participatory, and she works in long term processes with various communities.

Her works have been shown in numerous group exhibitions in venues such as Bergen Kunsthall, The Jewish Museum in New York, the 2000 Cuban Biennial in Havana, the Petach Tikva Museum of Art, Ashdod Museum of Art, Galerie Rabouan Moussion in Paris, The Negev Museum of Art, Rockefeller Museum in Jerusalem, MoBY (Museums of Bat Yam), and CCA Tel Aviv. 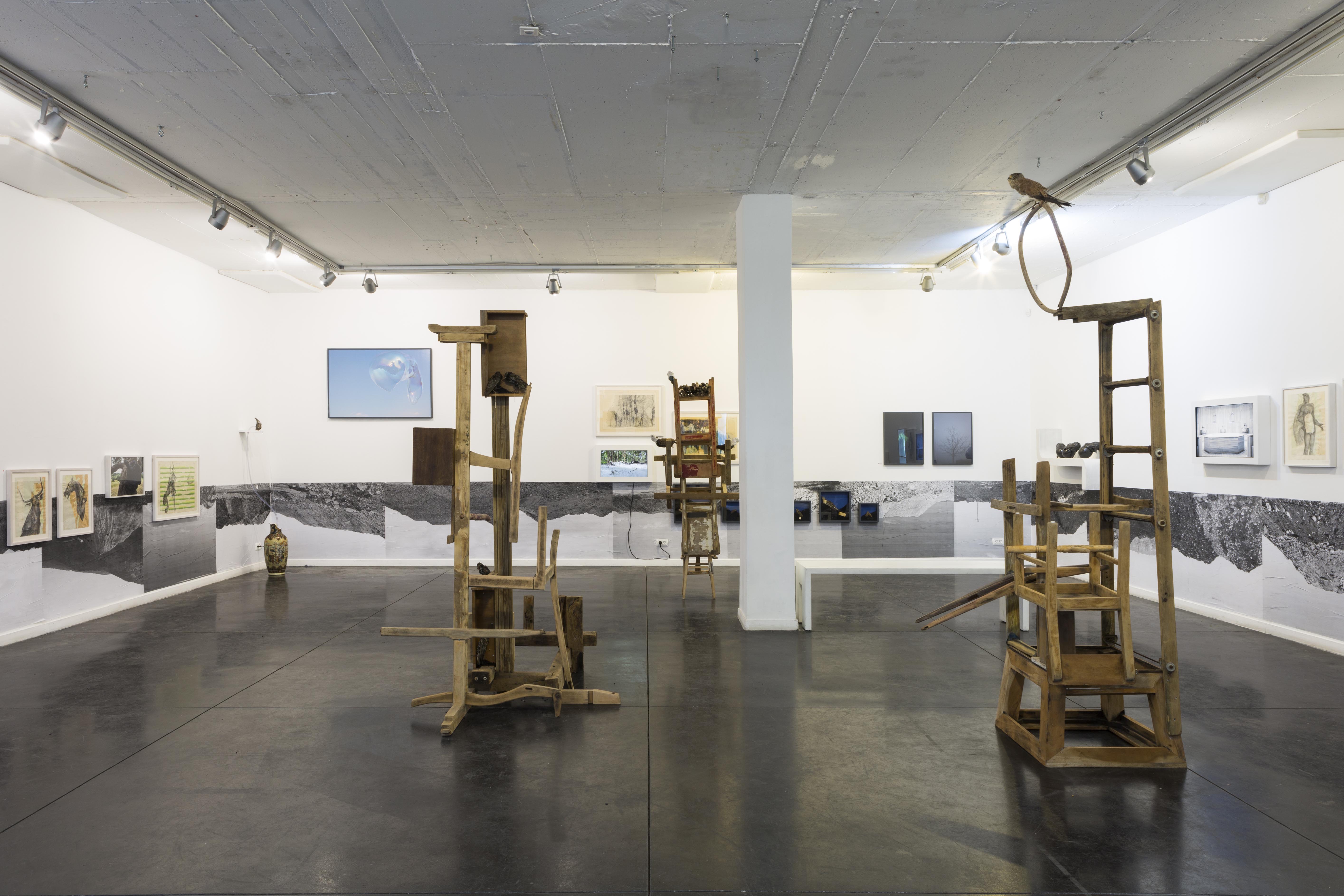 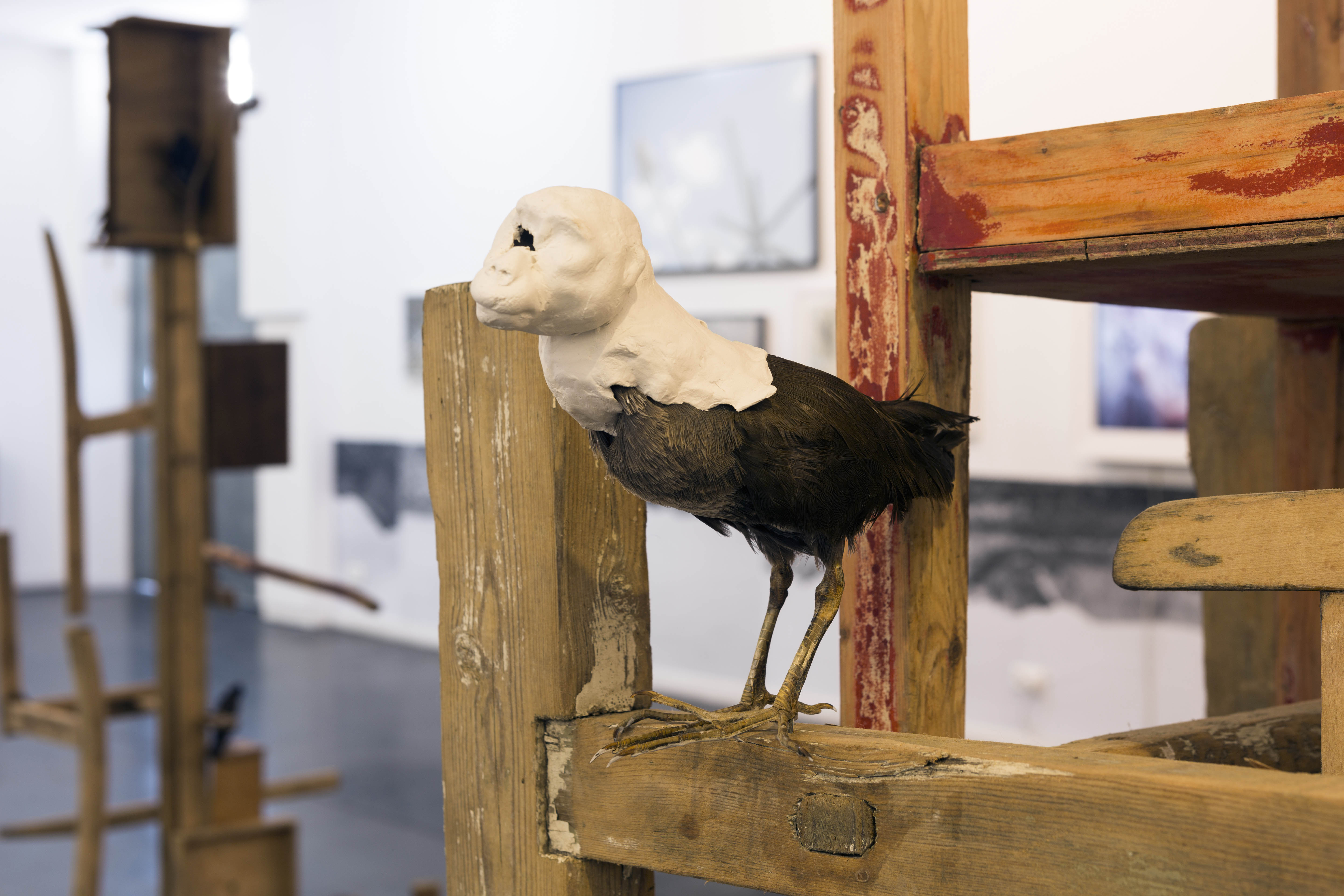 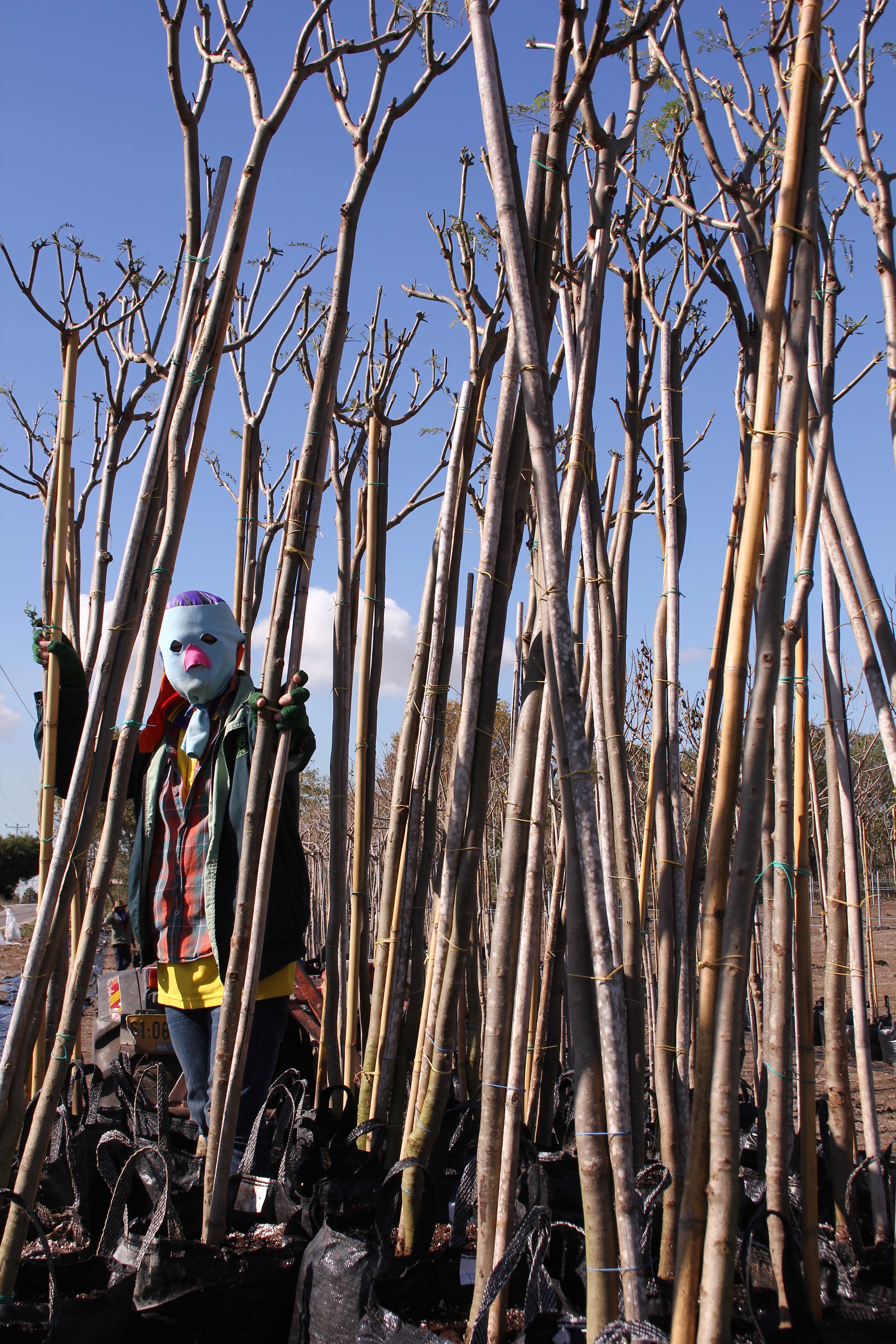 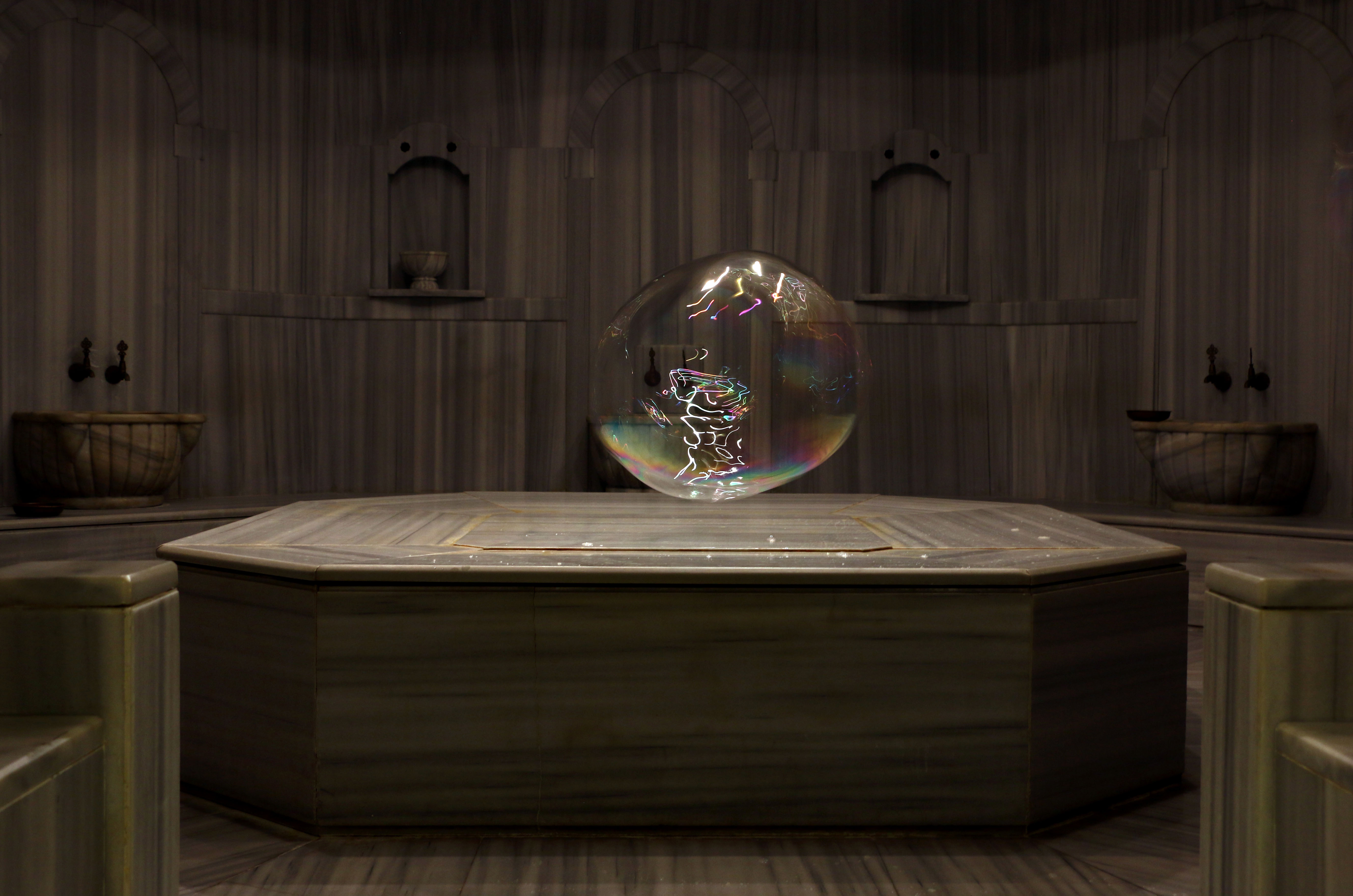 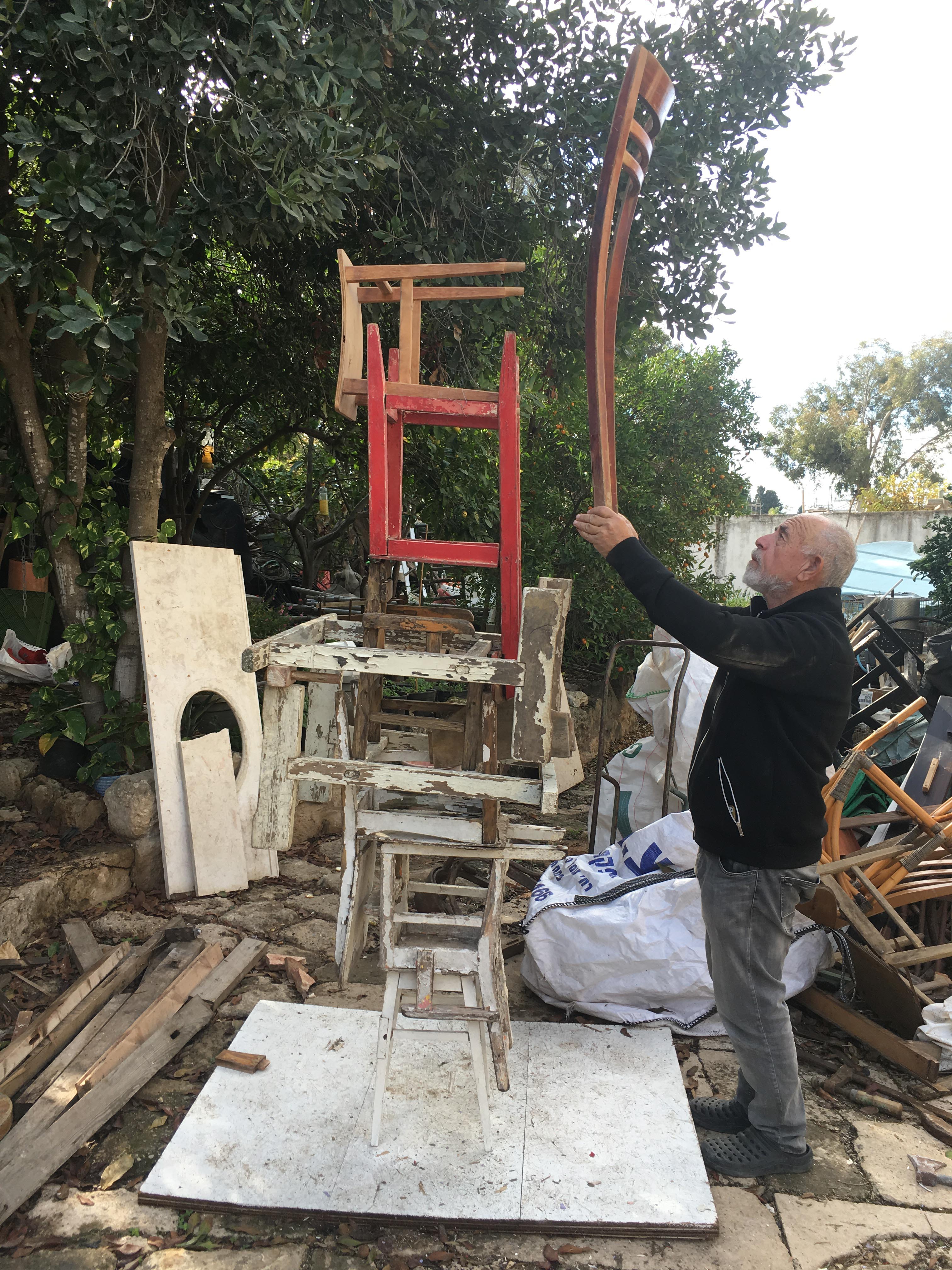 The artist's father in his back yard (preperation shot for sculpture) 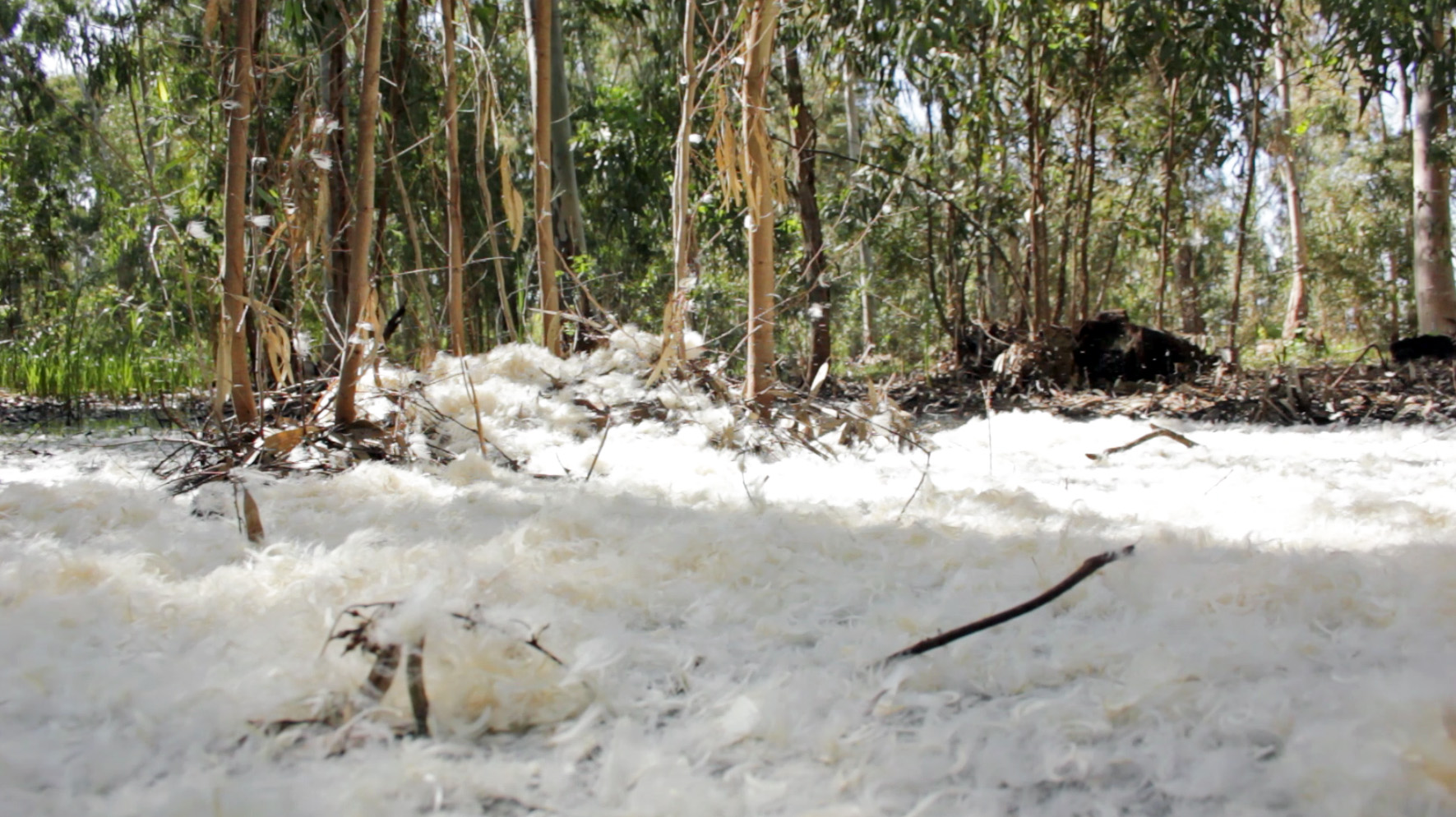 Feathers in the Forest, 2014, Still from video, loop 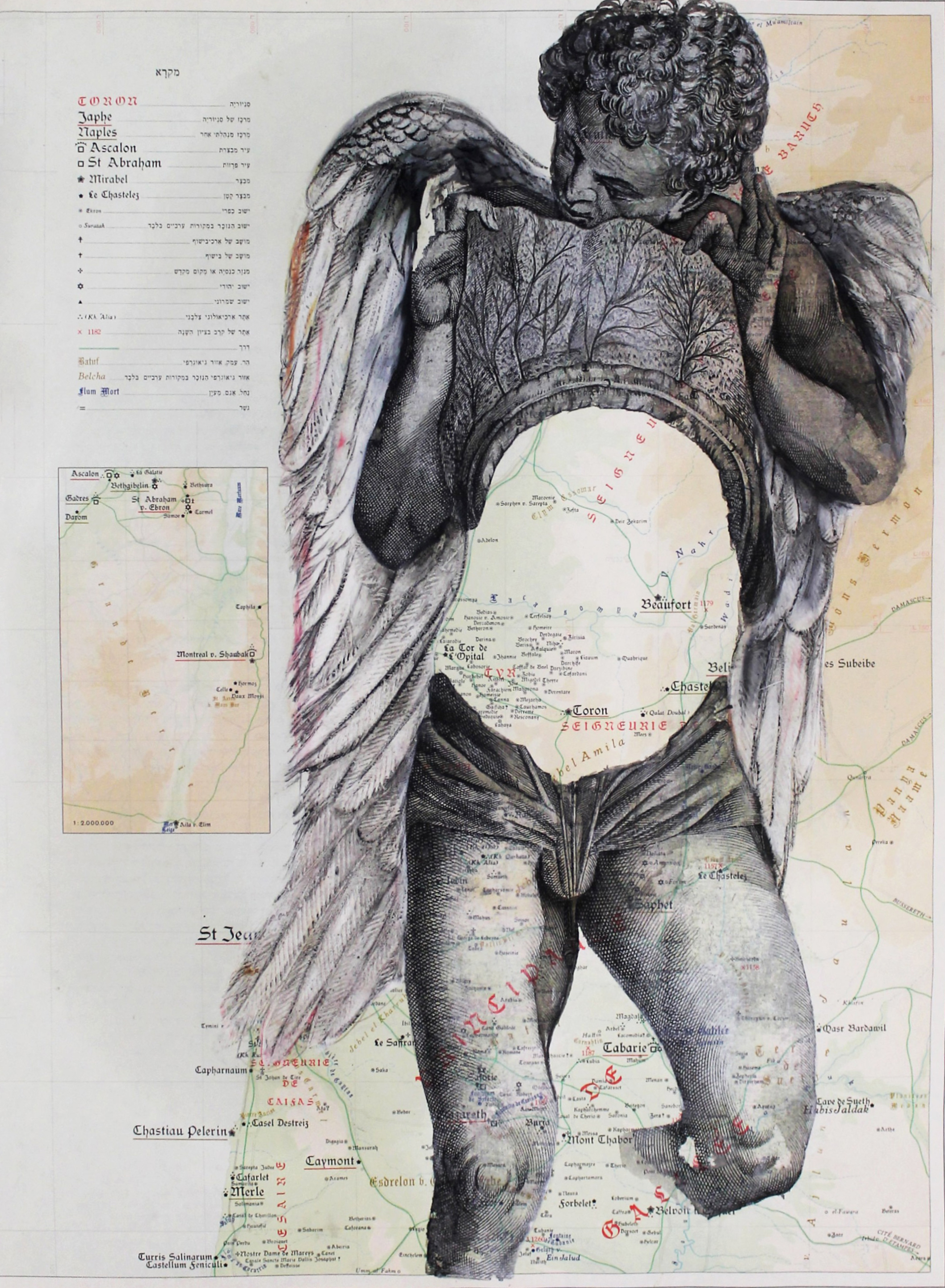